We continue the story of the Inn excavation. The first part can be found here! 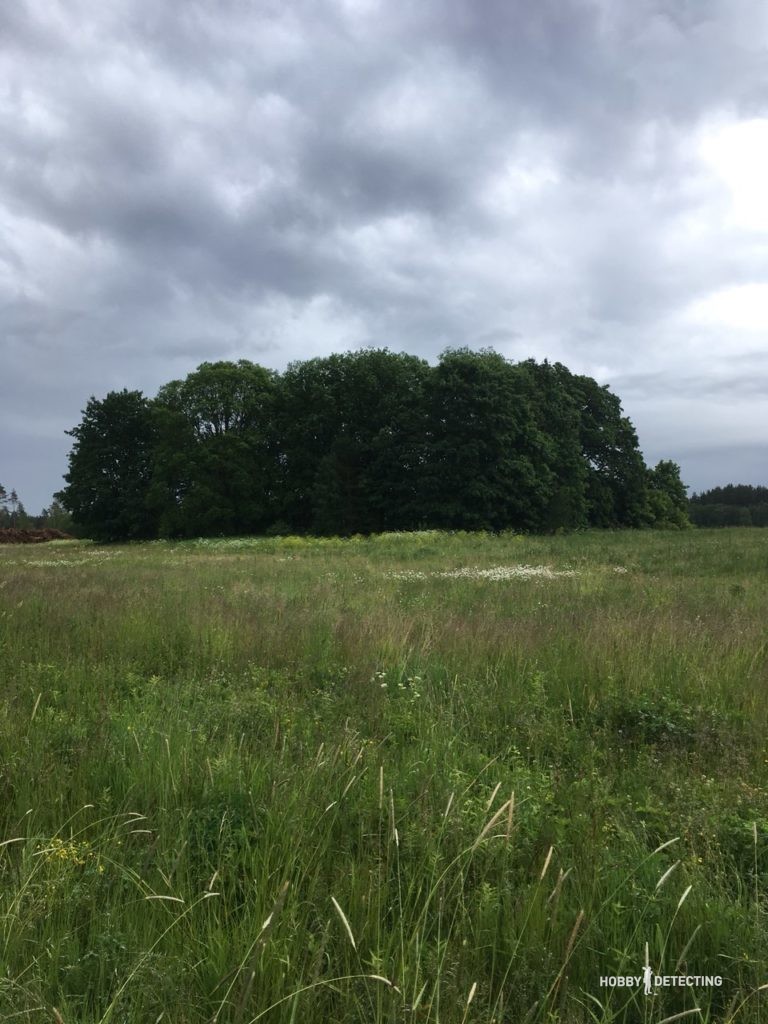 I want to share my first experience of excavating an old building. Back in the spring, in the midst of the digging season, I went with a fellow detectorist to an “empty” field, and according to the stories of other experienced diggers, a lot of coins were found on this field, mostly royal silver from the times of Alexander and Nicholas II, and there were a lot of coins there, because a large road passed through the field, and near it was an Inn, which is about 400 years old. As they said, all the best finds from this field have been removed a long time, but experienced diggers know that there are no such things as empty fields. 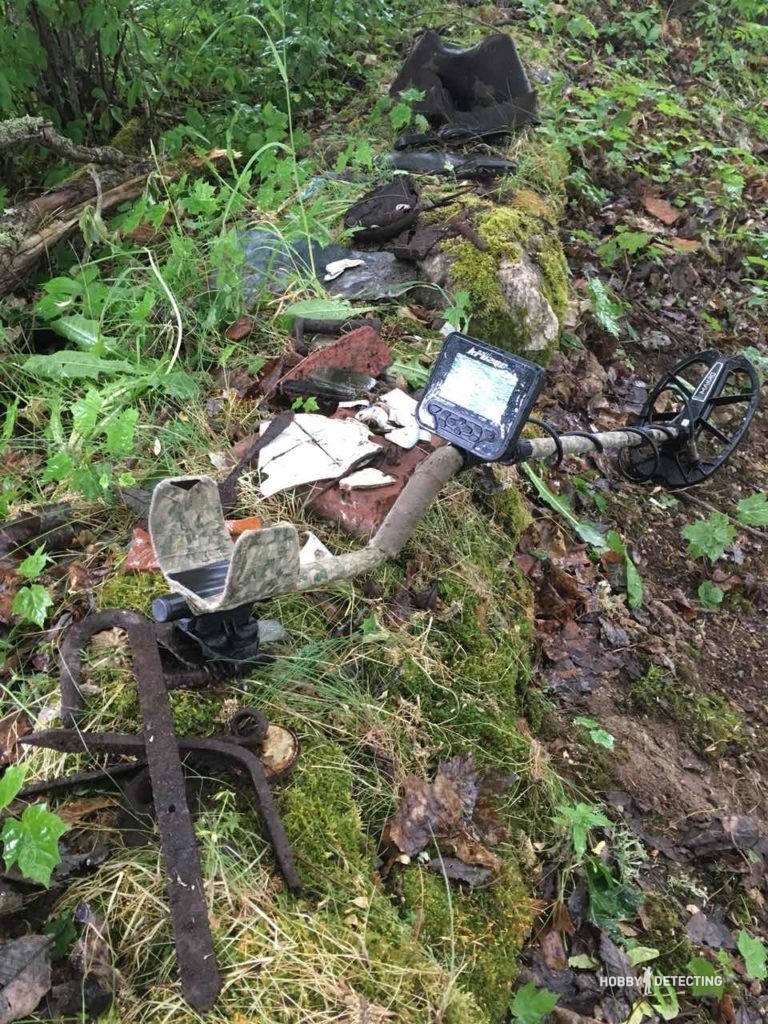 By the way, this was my one of the first digs with the Makro Cruiser and the result surprised me very much, four coins and some other things including buttons of the Napoleonic guard. And that’s when the idea arose, that when the fields will be planted, one could excavate this Inn, by the way, such excavations are still not very popular around here, because there are enough objects which can be found by a metal detector, without resorting to such a difficult search method. I will not describe the process of this excavations, but I’ll be honest and say it’s not as easy as it seems after watching a video about it on YouTube. So, having gathered quite a large team on a nice summer day, we got down to business. I, having run with the Kruzer on the foundations of the base of the Inn, did not hear anything except for a lot of iron signals, so I decided to “cheat” and while my friends dug the rocks, roots, and earth, I decided to go over the field, hoping to hear at least one good signal. The Kruzer accurately distinguishes iron from good finds and even when you find the so-called fake good signal, for example, an iron plate with a hole, then by certain signs that you understand with experience, you practically do not dig iron. Having set the frequency at 19 kHz, and, including the 4-tone program, (I like it most, even though it is noisy, but the response speed and decent depth of detection interrupt this small inconvenience), the Kruzer sees even smaller targets better, which other detectors could have missed. But through the sound, I see a complete picture of what’s under my coil. 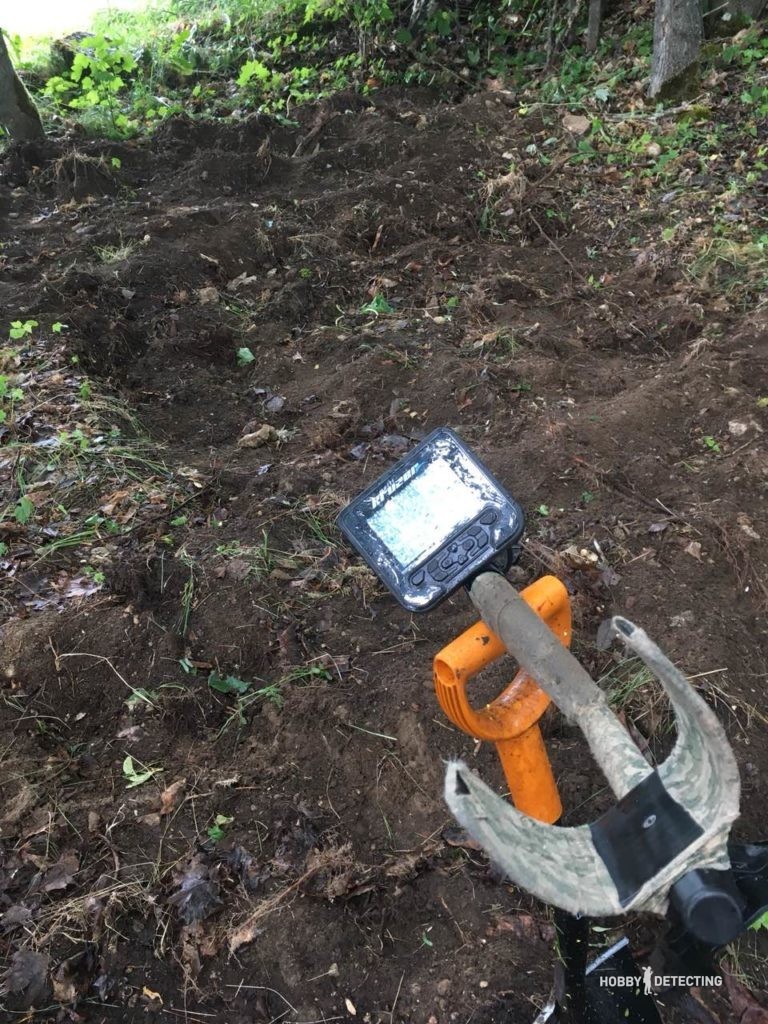 The Kruzer easily distinguishes iron nails, aluminum wire, foil. With other detectors, I usually collected this garbage a lot. It’s hard for me to describe all the nuances in words, but believe me – after a couple of active detecting trips, digging out all the suspicious finds, you quickly understand what’s worth digging, and what you can skip. And so it was that day, from a multitude of signals, and the field was quite littered, but suddenly a clear and good signal sounded, the VDI showed stable at 23 and by sound having determined that the object was small (by the way, there was some iron lying nearby, but the Kruzer clearly separated these finds), I decided to see what the signal was. It turned out to be a small bronze coin from the 16th century from the reign of Johan III. 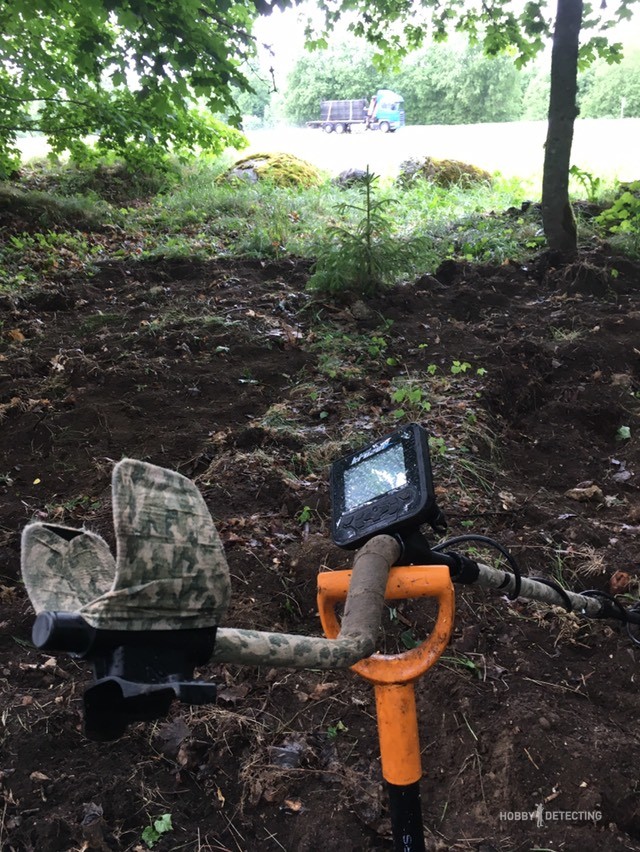 Meanwhile, my friends had already found a broken plate, on which if you put the pieces on the reverse together, you can see the Russian coat of arms and the inscription “Kuznetsov”. Then I joined my friends, changing who’s digging and who was detecting through the dug ground. Pieces of broken bottles and even three whole ones appeared, but one was especially interesting – with medical inscriptions. But there were no good signals, and there were a lot of iron ones, and then a friend with a Deus sat down and with the help of a pin-pointer he found the first coin, it was a silver 20 Kopecks from 1879. 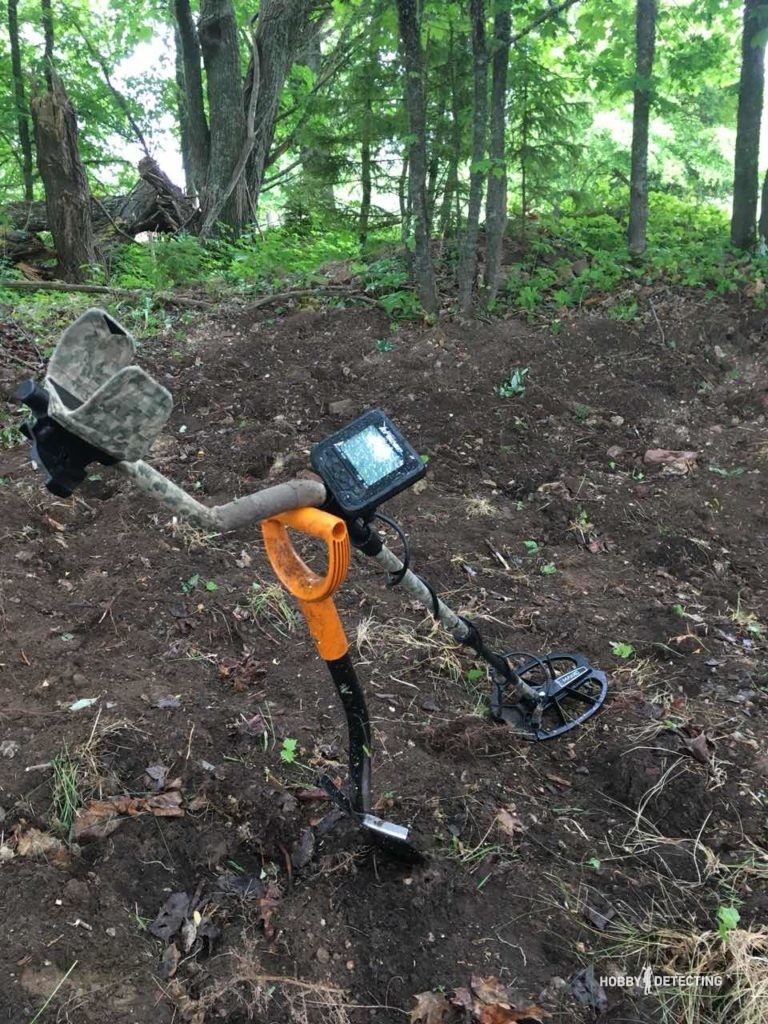 In the next round of detecting I used the Kruzer and got a clear and good signal, by the way, there were a lot of iron signals, I worked in 3-tone mode, the detector worked very stably and quiet on it, quickly responding to non-ferrous metal. 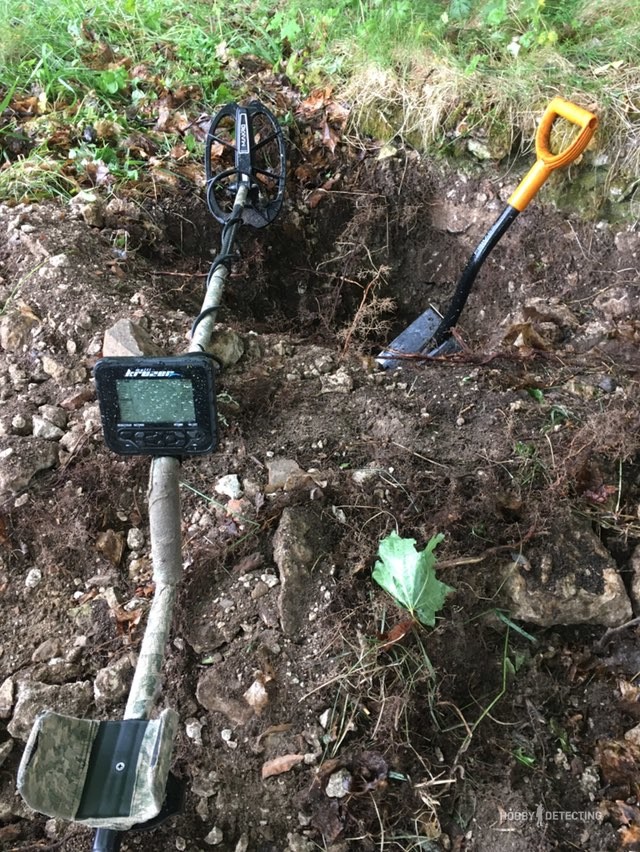 Which VDI it was I no longer remember, but I remember that it was skipping, which meant that it was not a coin. It turned out to be a royal button, usually, when you dig out such objects from the ground, you can immediately see what is depicted on it, but ours was very oxidised. Only from the edge, as it seemed to me, a piece of a cannon could be seen. It turned out to be true – after cleaning it, it turned out to be quite a rare and interesting button: a grenadier button with the number 2. 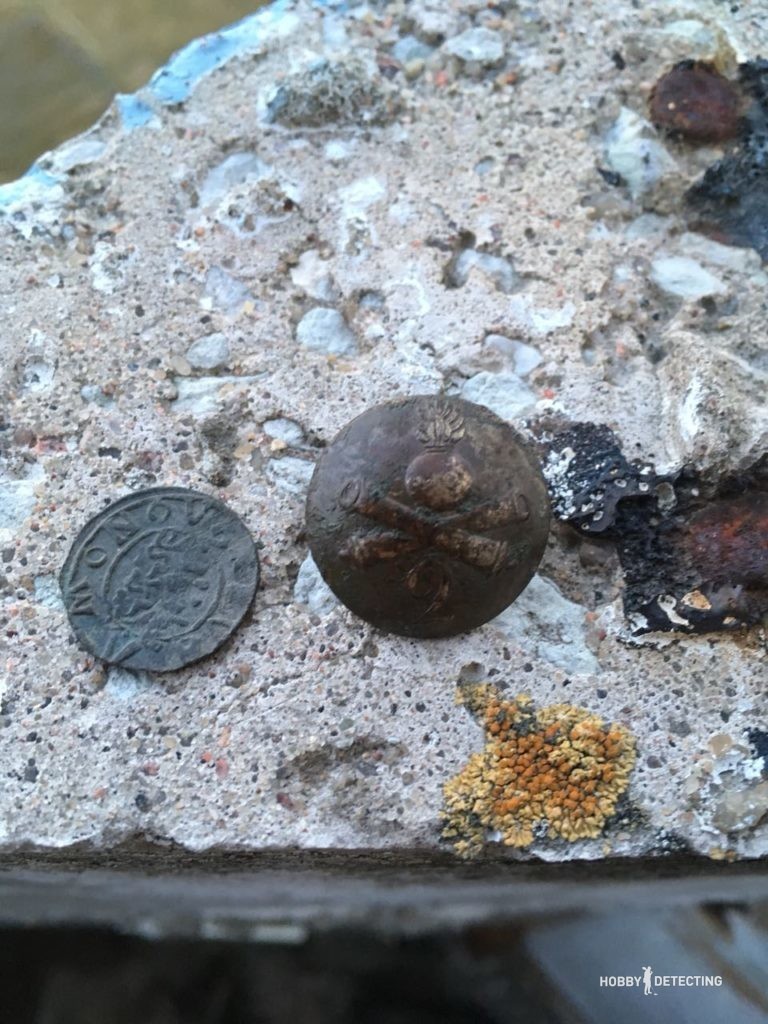 There were also a lot of other small finds. The Kruzer as always lived up to my expectations, in difficult conditions it did not fail me, and this left me very satisfied.

Good luck to all the excavations out there!