Excavation Of An Old Inn – The First Day And The First Finds! (Photos+)

Well, friends! Summer is the best time for forest excavations because the fields are all sown or not yet cut, so there is nothing left but to go on an excavation trip. And the places where it’s best to go for excavations are places where people used to live, and there are quite a lot of such places. 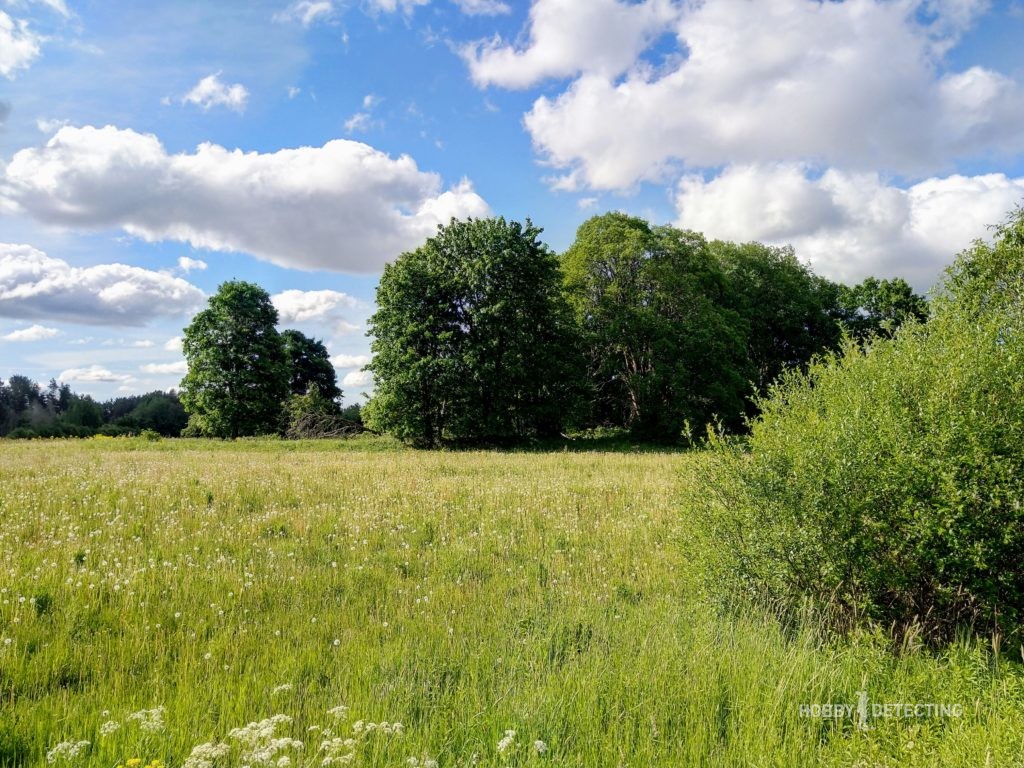 In our case, this place turned out to be among the trees and bushes, right in the middle of a field, where there used to be an old Inn. This Inn also appears on maps that are 400 years old, but older than that we haven’t done any research, as we don’t have any corresponding sources/maps. This place is ancient, and the field has been detected a lot of times before, but the old tavern has remained untouched. This shortcoming needs to be corrected, and therefore is our team of amateur archaeologists ready to dig everything upside down. 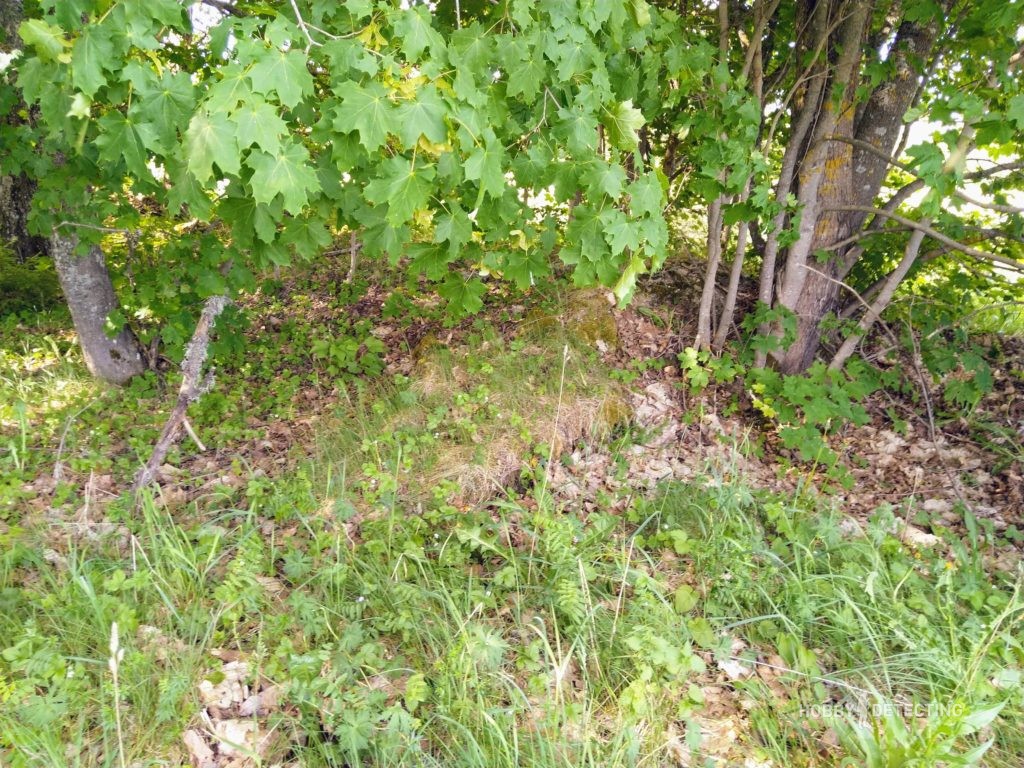 The earth wasn’t very soft. Everything was overgrown, and the building itself had collapsed very much right down. There was a lot of stones there, and making their way through them is like digging through crushed stone. This is hard work, you’ll have to use your muscles actively! 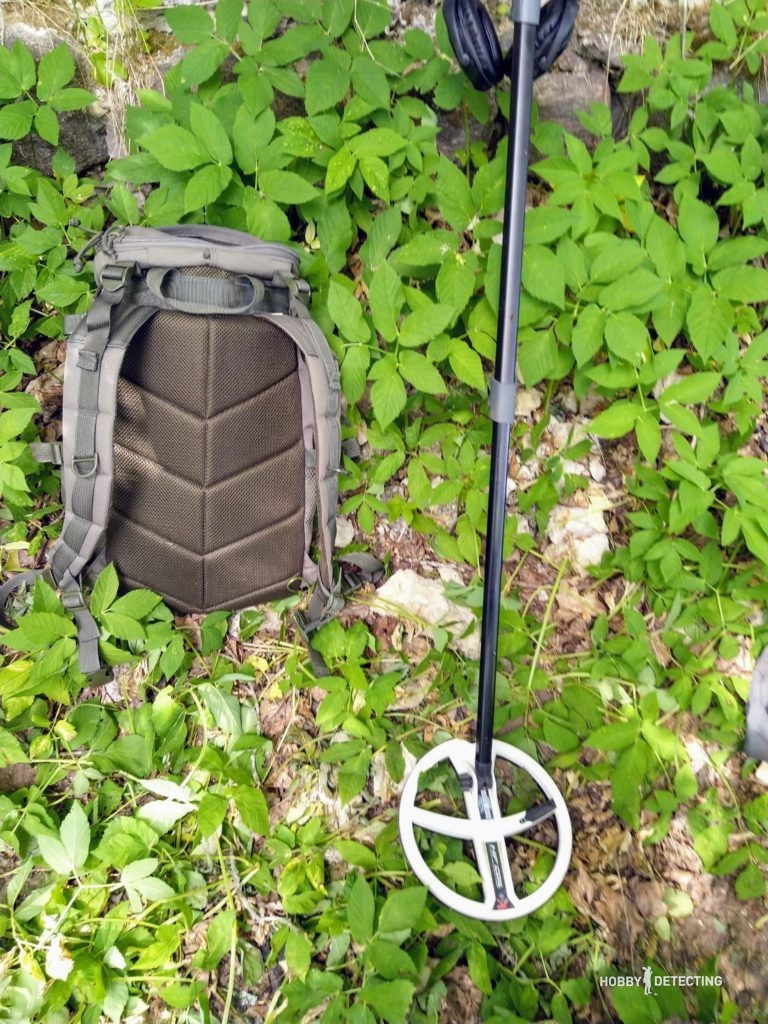 A simple amateur archeologist’s kit. The XP Deus with the white HF coil. This coil lets us listen to the smallest metallic objects in the ground because that could be something valuable and important. A backpack with food and other necessary things is also a must. Even with first aid kits – because what if? Because digging in such a heat could even make you lose your consciousness. And of course, a lot of water. 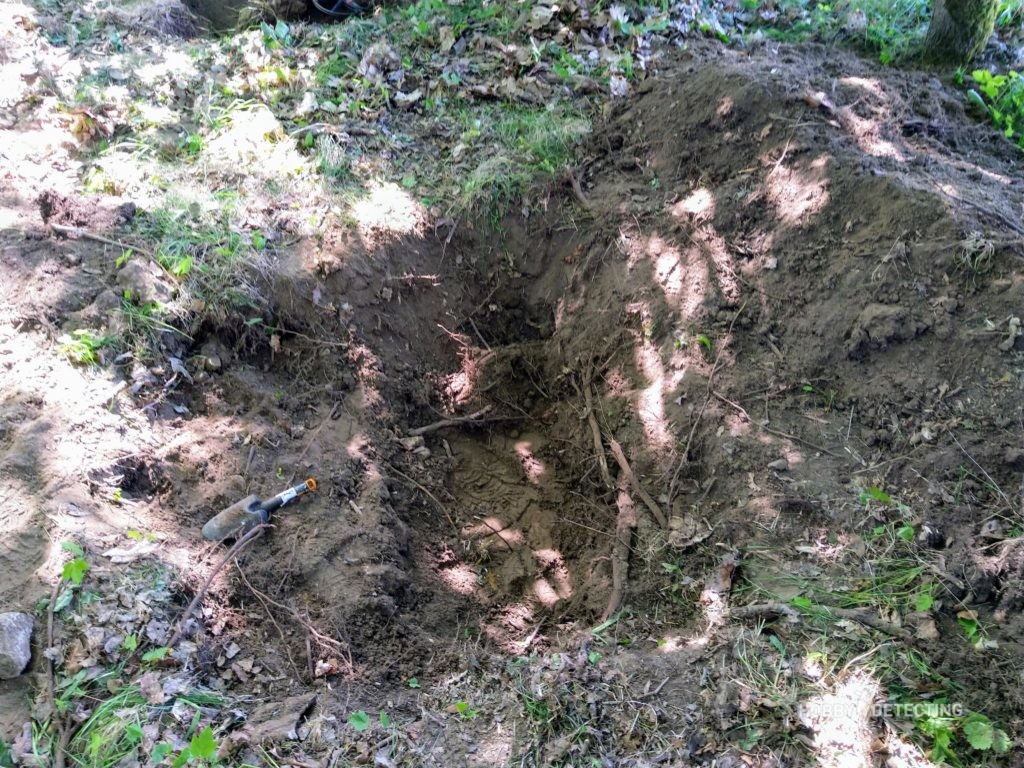 That’s how the excavation goes – you remove the top layer, and check it with the detector. Then you take off another layer and check it again. Like that you’re collecting finds. Then you start to remove layers nearby – so it will be more convenient to dig deeper. 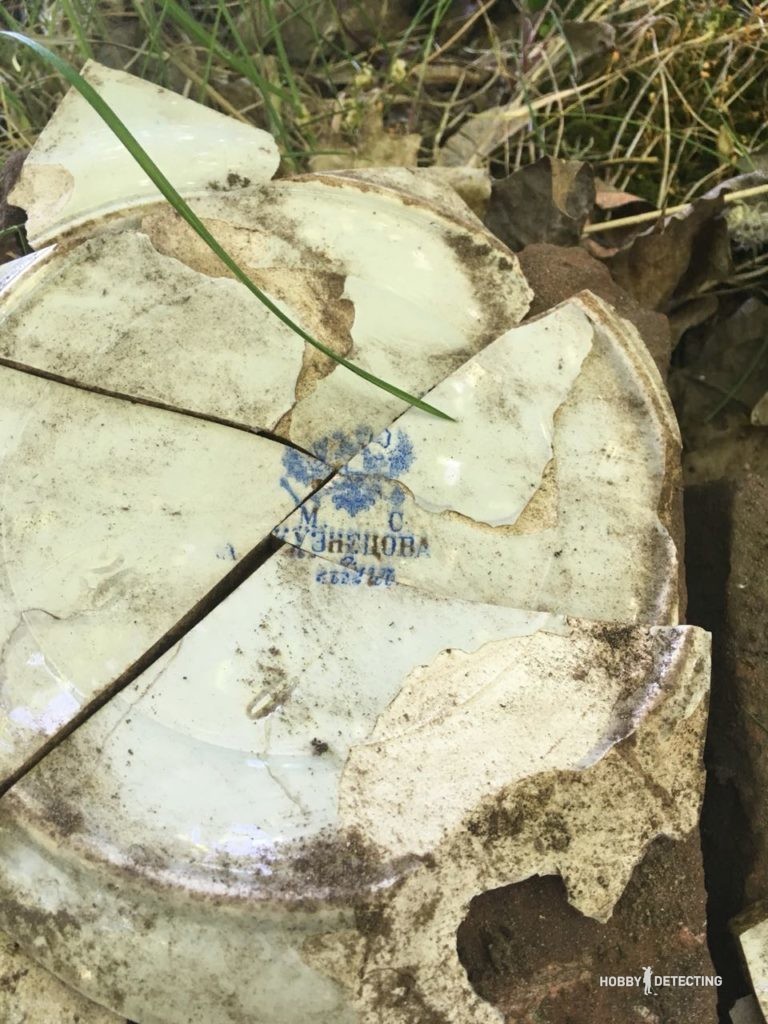 And just like that, we already had our first finds. An old plate, although unfortunately broken, you can still see the makers mark! 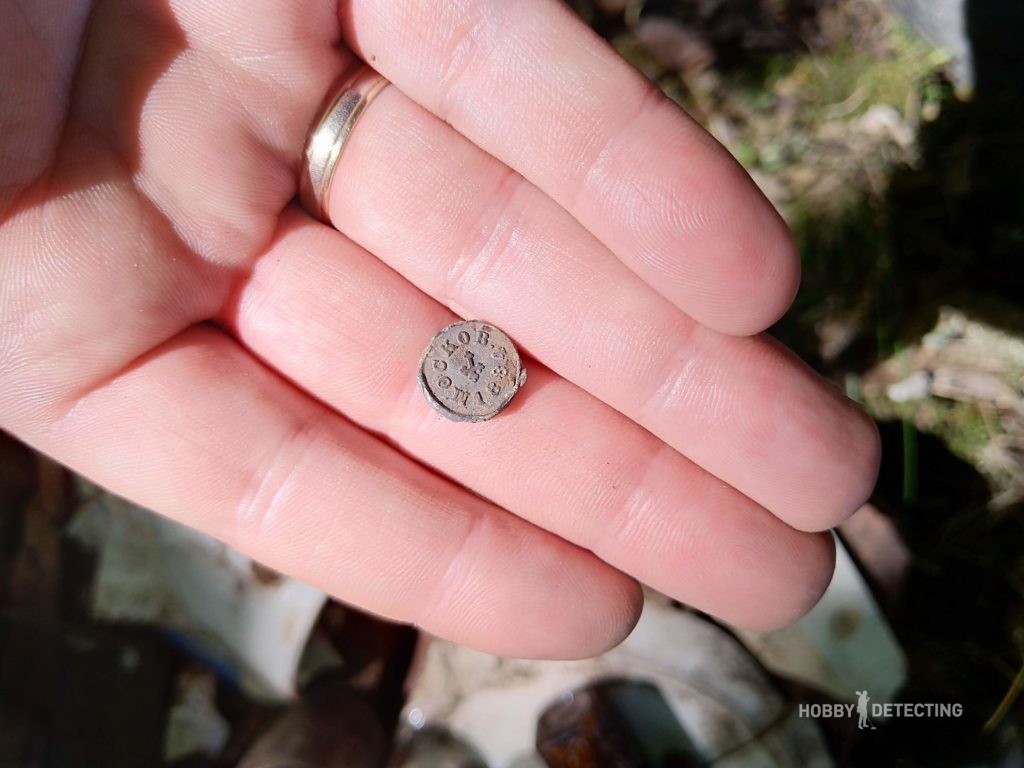 Since this Inn also used to be a postal station, it means that there should be a lot of seals there, including customs ones. 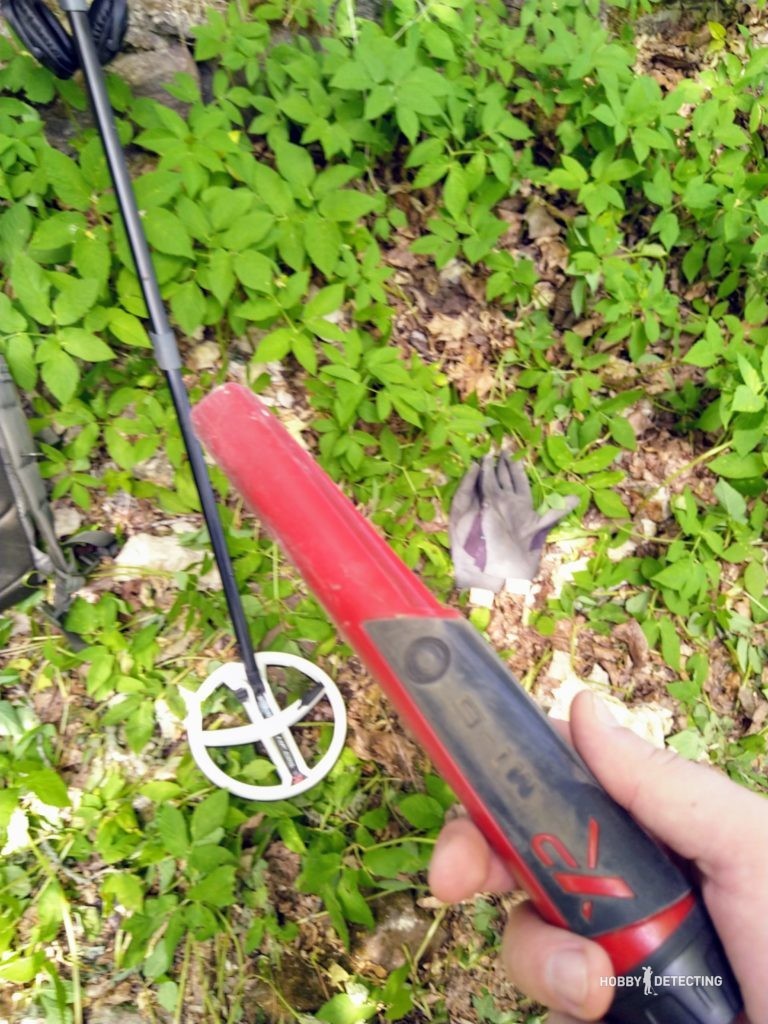 Without a pinpointer, it will be very hard to find such a seal! 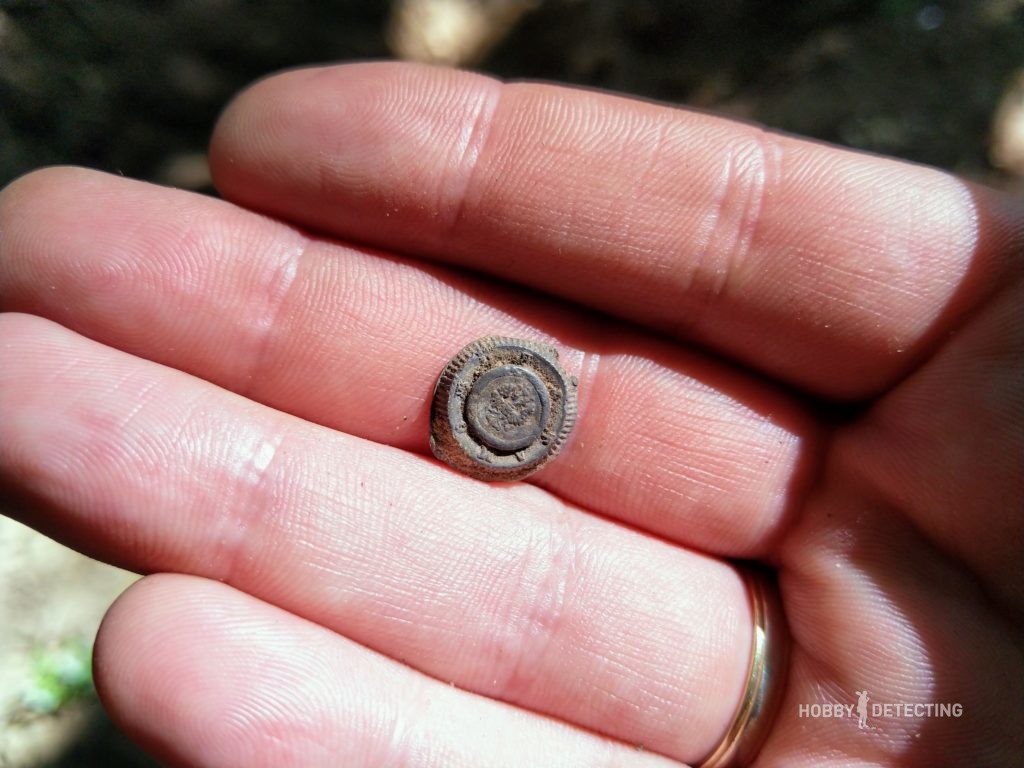 And this one is even smaller. The coat of arms from the Empire is visible with a text next to it. The condition is excellent as if it was dropped there yesterday! 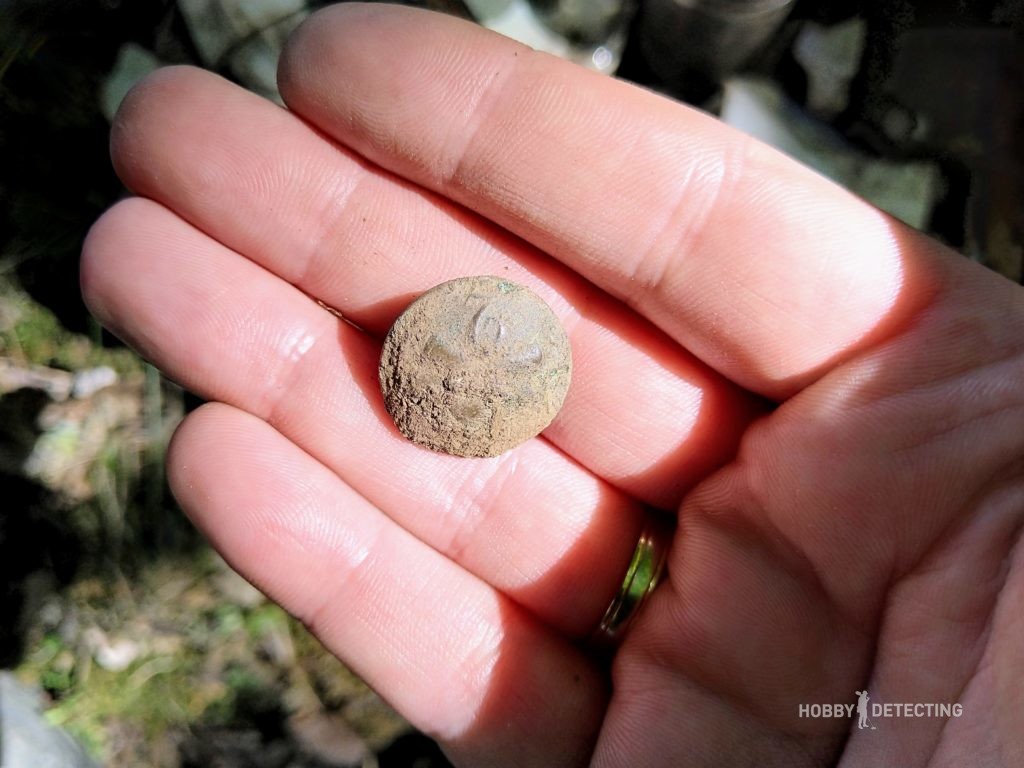 There was also an interesting button there, with the regiment number and the symbol of the crossed guns. It will be necessary to clean the button and identify it, but the finds are still coming, so the only thing left to do was to dig further – deeper and wider! 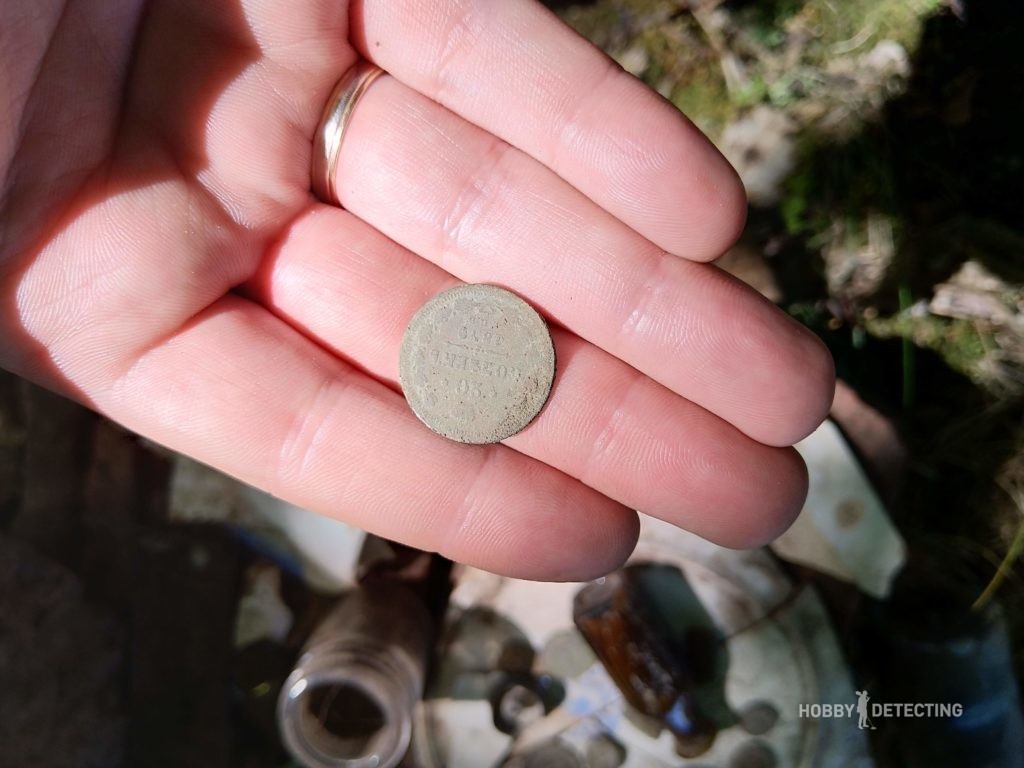 And here is our first silver. 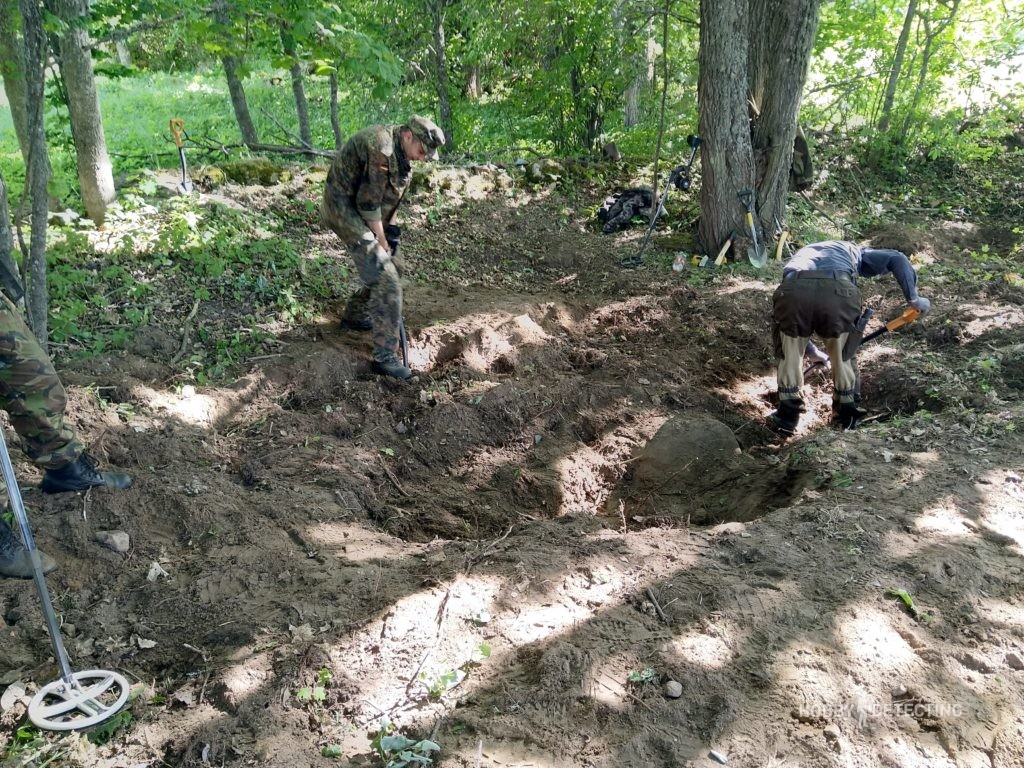 The guys are already working at full speed. 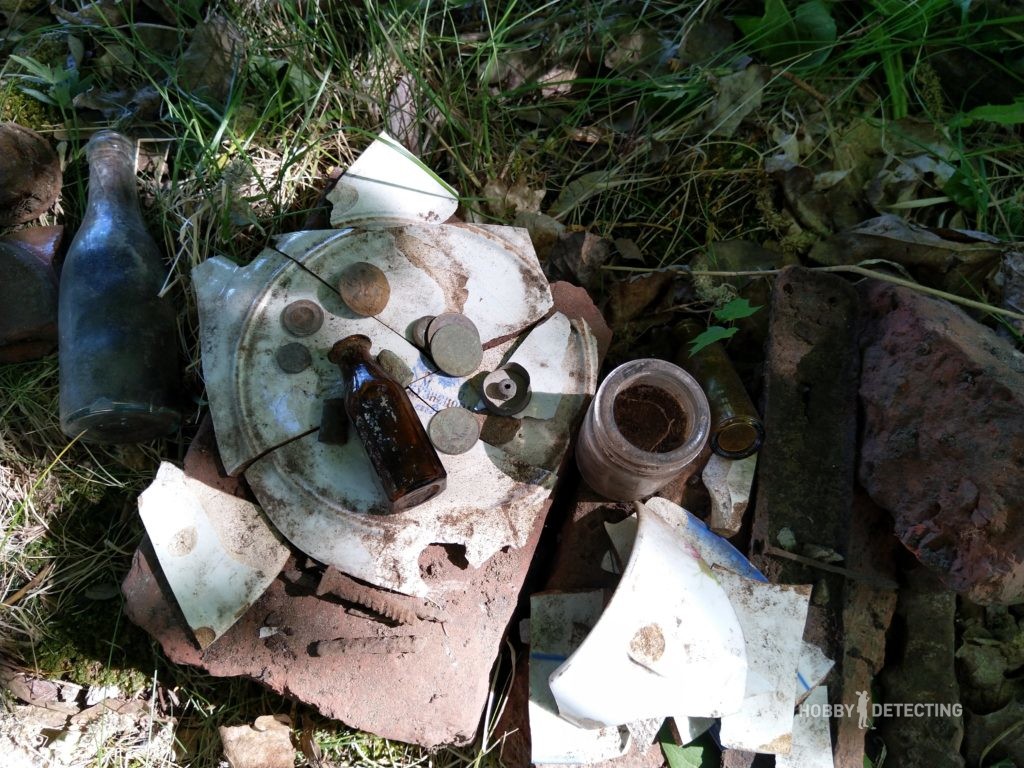 We also found a couple of old bottles, some in very good condition! A few coins also appeared, but it is clear that this room was not the drinking room, because in the drinking room there will be even more bottles and coins! 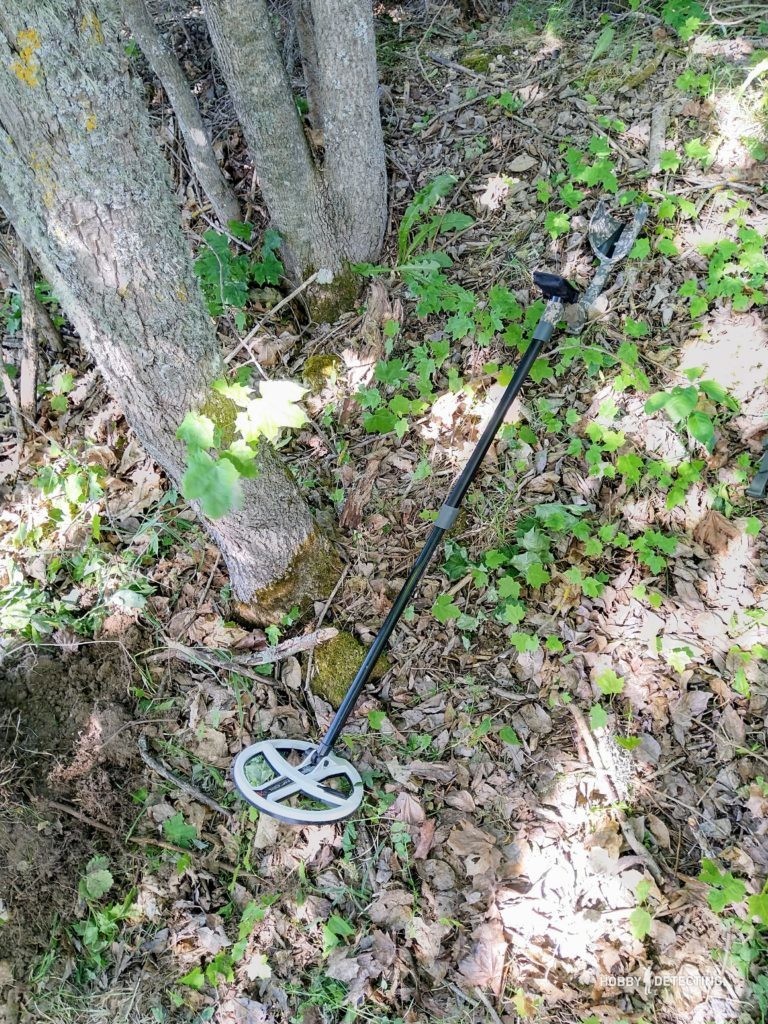 On the Deus, I used the “Deus Fast” program. In general, it is not necessary to adjust the settings too much, because deep signals do not make sense to hear, you’ll only collect surface finds. Then the next layer is removed and detected. 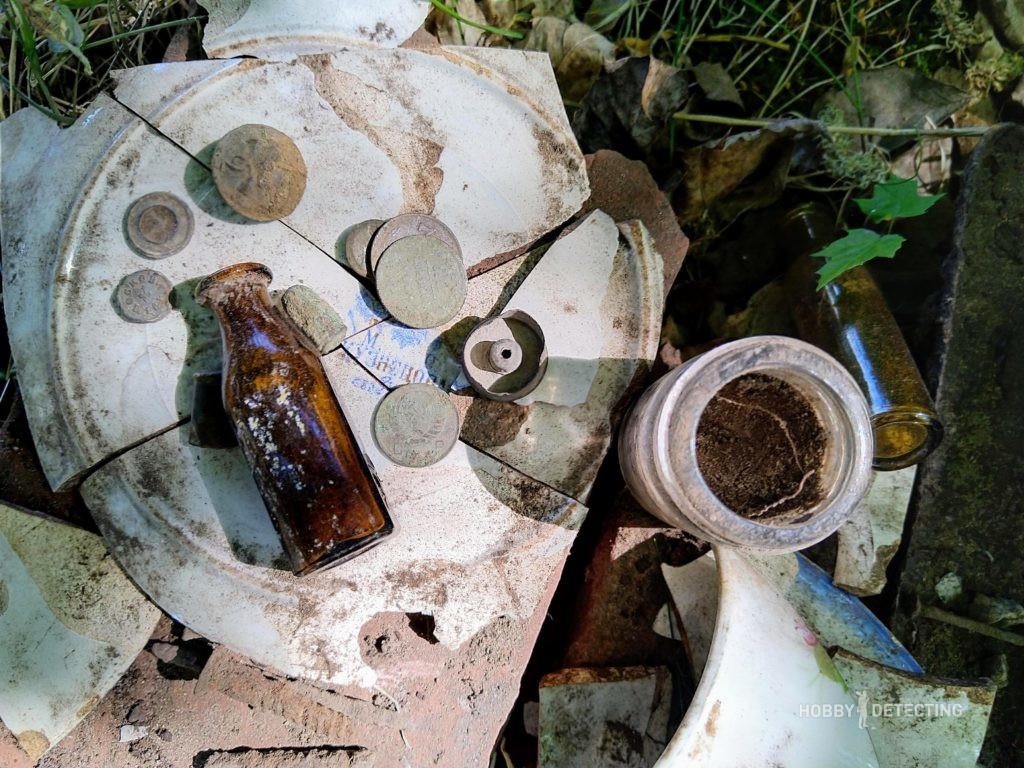 Among the coins, there was even one “fascist” – a coin from the times of the Third Reich and one button from that period. 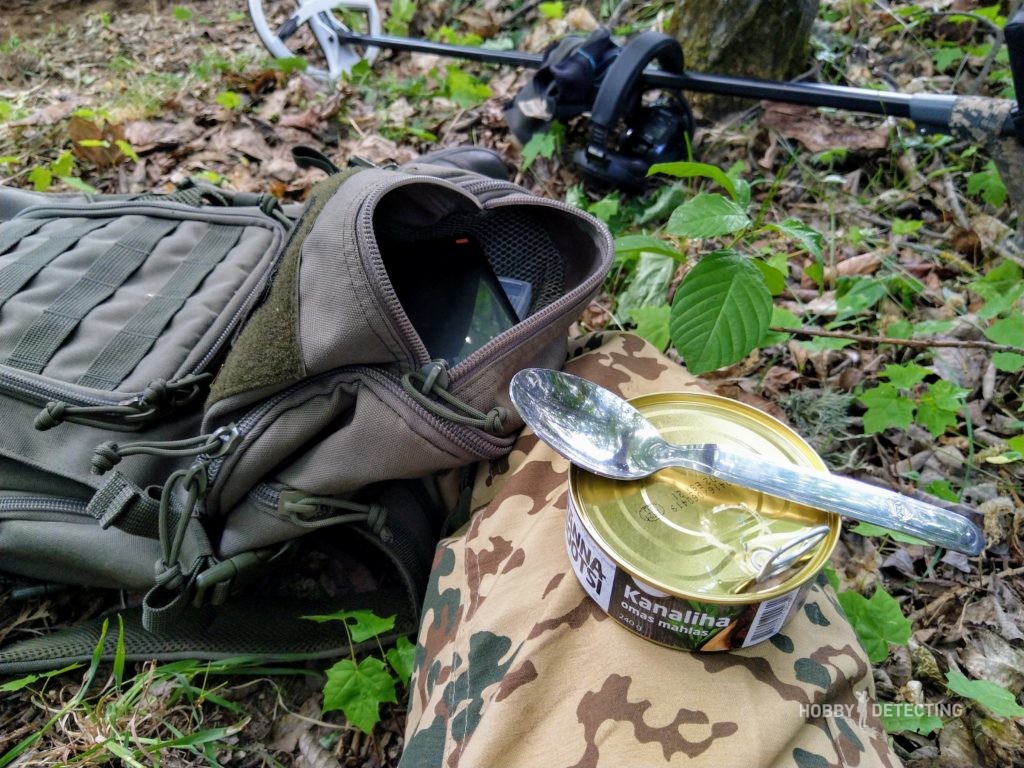 And how nice isn’t it with a little bit of refreshment after detecting! Stewed chicken, what can be more delicious than that? ?

To be continued. The Inn is large, there is still a lot to find. This article will be continued, I hope that we will be lucky and find even more interesting finds!