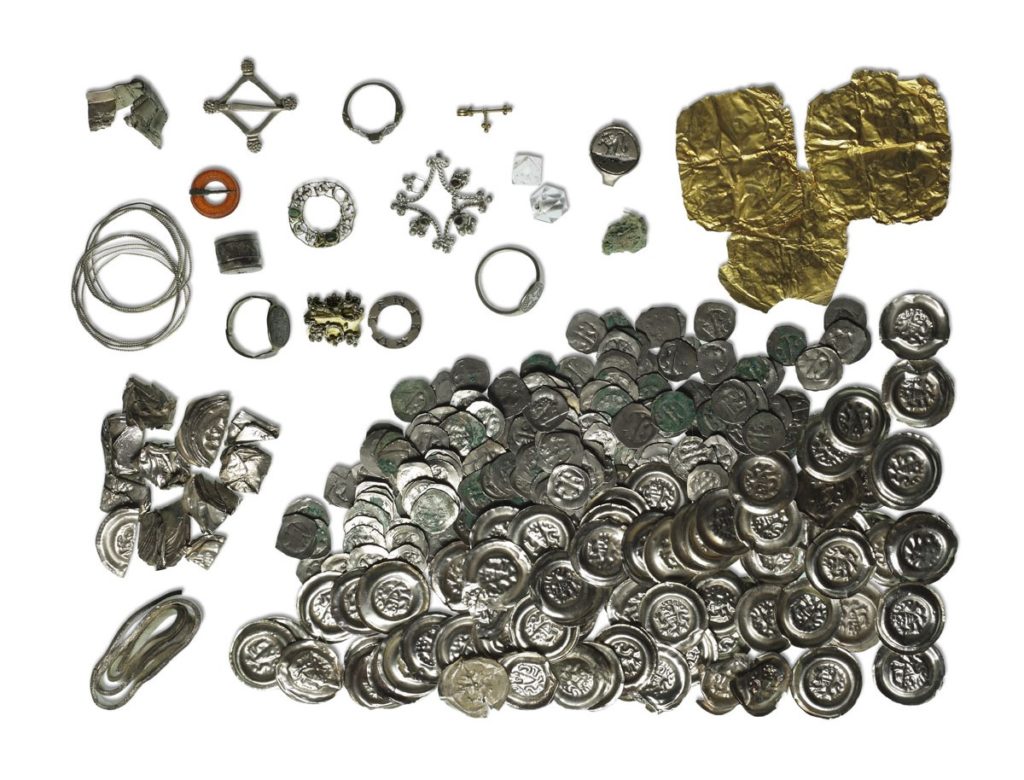 While coming back to year 1997 I could notice one outstanding find near the little town Freistadt in Austria discovered by the local digger Siegfried Bauer using his detector. This hoard included about 7000 Medieval mostly silver coins and 600 other pieces like rings, small buckles, etc.

This find was dated quite accurate on years 1275-1278 when there was a conflict between the King of Germany Rudolf I and King of Bohemia Ottokar II. Most of the coins are Vienna pfennigs and bohemian brakteats, moreover some Bavarian, Frankish, Swabian, Italian, Hungarian coins and even few pennies from the British Islands. However, there were much more older ones related to the Roman Empire – Celtic drachma and Roman dinar.

Such an amazing finds happened from time to time! If You still need more motivation to start Your own research on a farm field beside old Roman / Medieval /… whatever old road or village, please check it out !