6″ Sniper Coil For The Minelab Equinox – Review And Tests!

So, here’s the long-awaited review of the sniper coil, size 6″, for the metal detectors series Equinox.

The coil, weight, and review

The coil itself is very light, it is understandable – its size is very small. It weighs only 301 grams. 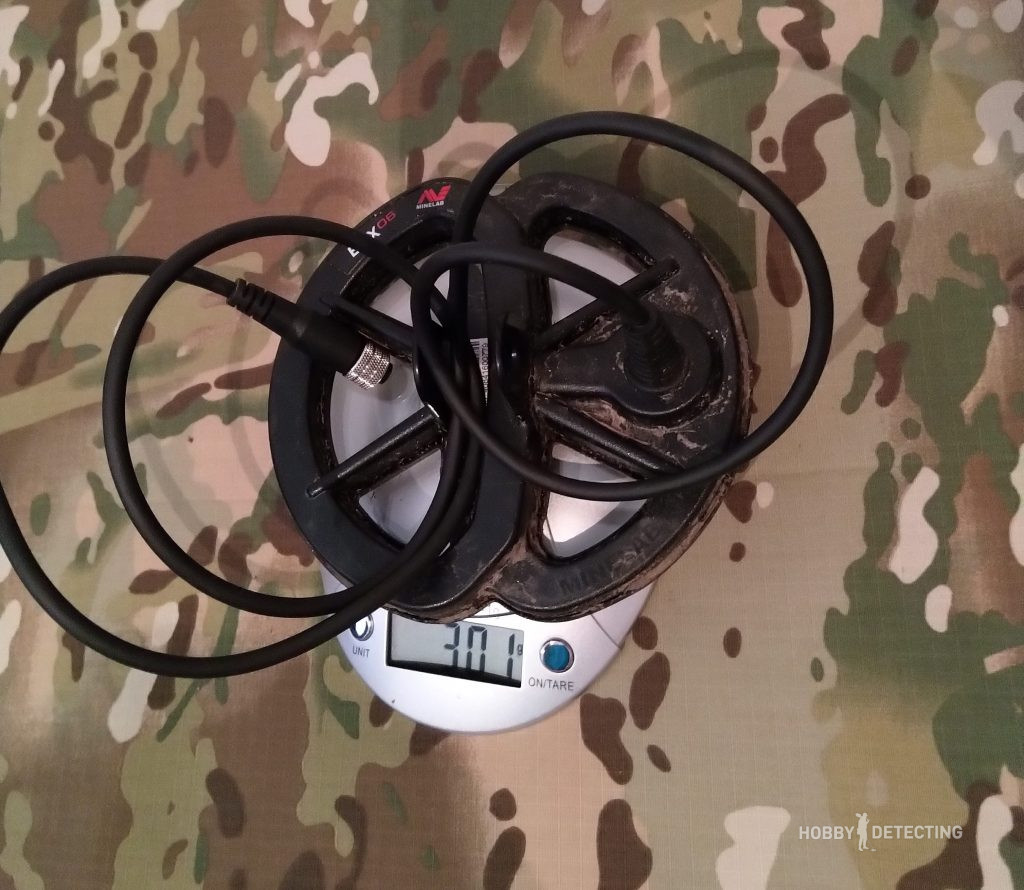 When installed on a metal detector, the balance is still maintained and this helps to dig with such a coil for a longer period. Yes, with very light coils, the balance is most times disturbed and the entire weight (center of gravity) goes closer to the armrest and any digger will get a tired hand after a few hours of detecting because the palm will have to be constantly strained. A coil of this size is perfect with 301 grams, this is optimal for such a coil. And if you add the bolt, the weight will be at the level of 310 grams, which is not much more. 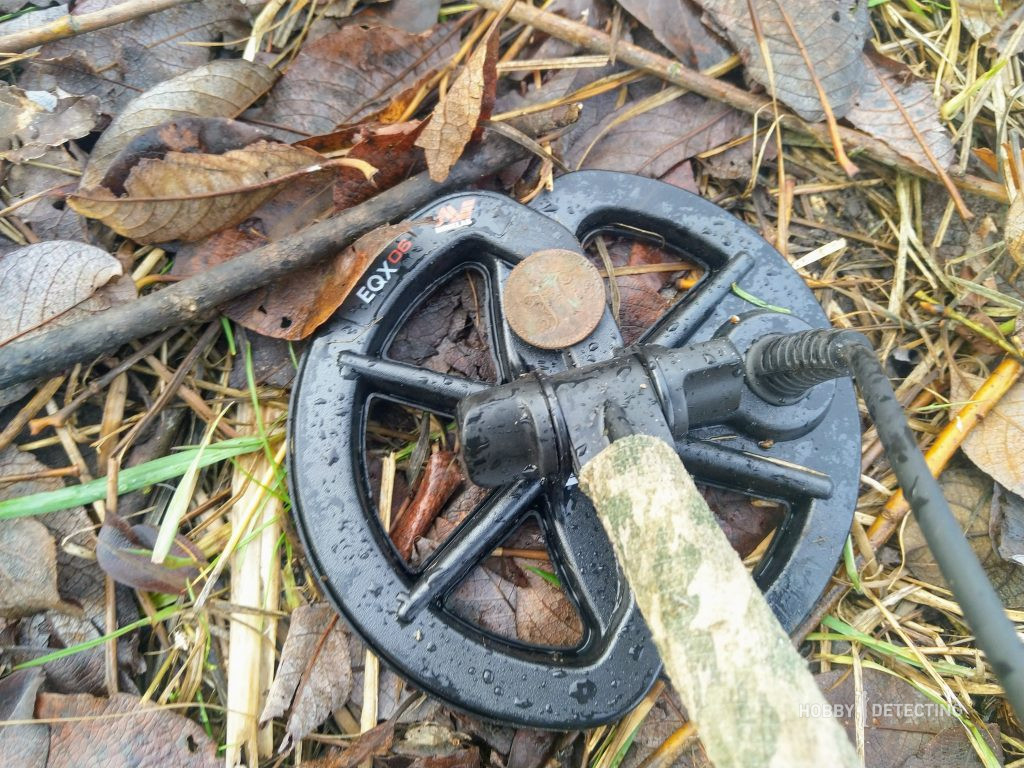 Naturally, the sniper coil is needed for detecting in littered places. Such places are still full of finds because most diggers try to avoid them, but that’s not always the best thing to do! Yes, there is nothing to do at such places with a large coil – you will only hook large signals, because the metal detector will respond better to large objects made from non-ferrous metal, and cut off small objects so that you only will accumulate various horseshoes and large objects. This is also useful, but it is better to dig coins and various useful small objects in the trash, such as jewelry and rings.

It is these kinds of sniper coils that work best in such places. Since none of the other coil manufacturers have yet released their Equinox models, we have to take the original coils, which work very well. Although a couple of additional coil models would not hurt for the Equinox! 🙂

Now, regarding the finds – do not be surprised that the finds in a trashy area can lie at different depths. For example, this coin was higher up, a Kopeck from 1841, I found it at the depth of…one centimeter! Yes, I just took off the top layer of soil and the find appeared. The place was an old road that was no longer used, it was abandoned about 70 years ago, and then it was overgrown and it partly disappeared. 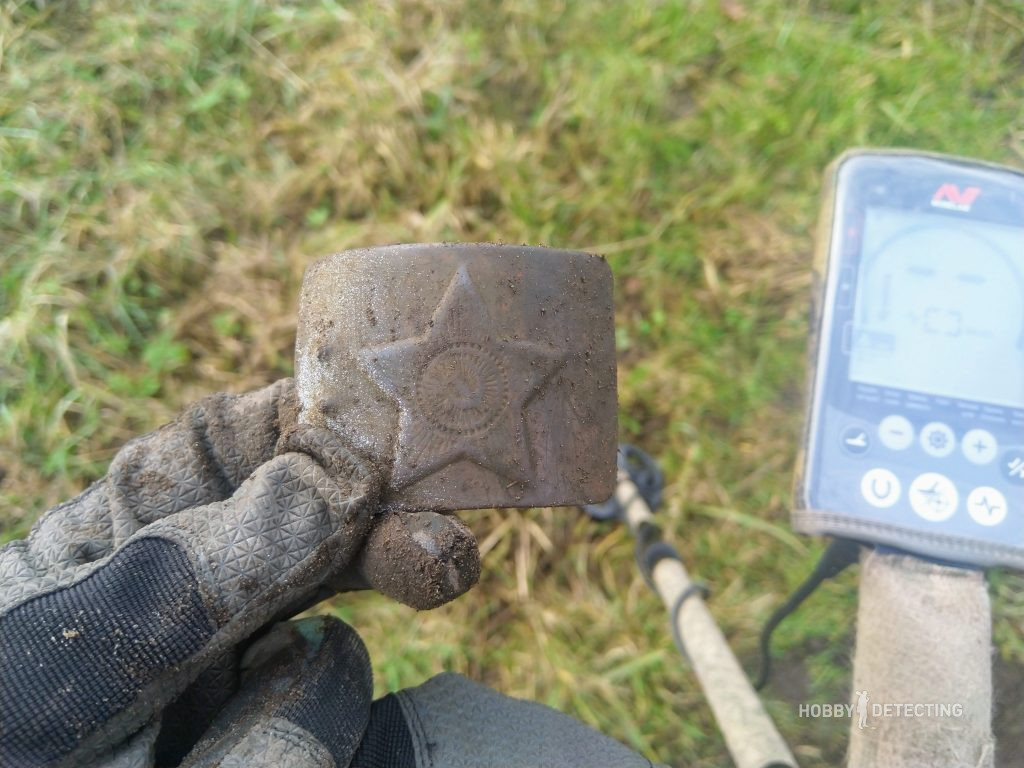 In the same place, not far away, a post-war buckle from the Soviet Army was found. And even in those places, there were fights during WW2 (about 400 meters away there were parachutists in 1944), but the buckle is post-war in its design and type. Interestingly, it also lay on the surface.

Do not be surprised that in such places, the amount of rubbish will go off the scale – the trash must be sifted through and sorted out, it gives good finds, and can even give more than what a month of regular detecting in the fields can do!

My settings for trashy areas on the Minelab Equinox 800

I detect in trashy areas with the following settings:

Park 1 mode, sens 20-22, ground-balance (where possible), volume based on the situation, tonality – polyphony, no discrimination or notching – listen to all signals, recovery speed 5-6 and iron indicator 0-3, or what fits you the best.

The rest can be left as the base program. As for the iron indicator, the high level of this setting throws deep and good targets in the iron segment, this was seen on tests at the test site. It may well be on trashy places that old coins will be at a depth of 25-30 cm, such a coil will take targets at this depth, which means that we do not set the iron indicator above 3 – there will be gaps of good objects.

And with that being said I wish you all good luck and great weather!

P.S. If you have the same coil, then write your review on it in the comments.