I will continue the subject of the “identifying finds from the Wehrmacht”. In the previous part we wrote about the mess kits of the Wehrmacht during the Second World War, about what types there was and how to determine them here: Wehrmacht Kochgeschirr. If you have not seen or read that article yet- I recommend it. Now I would like to tell more about the belt buckle of the Wehrmacht, and only the Wehrmacht, because in the Third Reich there was a lot of different organizations, both military and civilian, and almost every organization had its own version of the buckles, but when we dig for WW2, we are most likely to find the standard Buckles of the Wehrmacht infantry. So there you go! 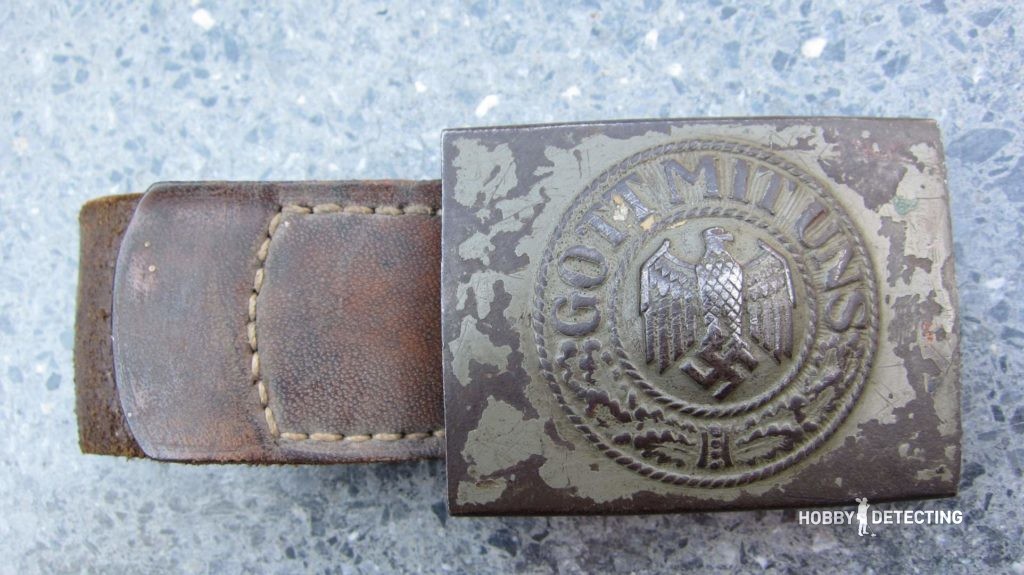 Buckles of all armies of the world are usually indicated by the symbol of nationality. In the Third Reich of Germany, there was often a swastika and an eagle on the buckles- especially the state military organizations and the armed forces; an eagle with a swastika in a wreath of oak leaves. This is called “Hoheitzeichen” (national symbol). It is believed that the eagle’s head position is determined by the organization: In state institutions in Germany, the eagle’s head was turned to the left, while the party organizations – to the right. However, the early Wehrmacht buckle is considered rare, because the eagle’s head is turned to her left, and so it was on the soldier’s belt buckles until 1935.

Early version of the buckle 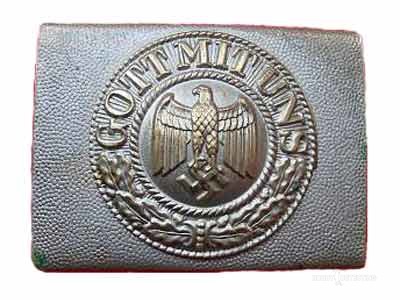 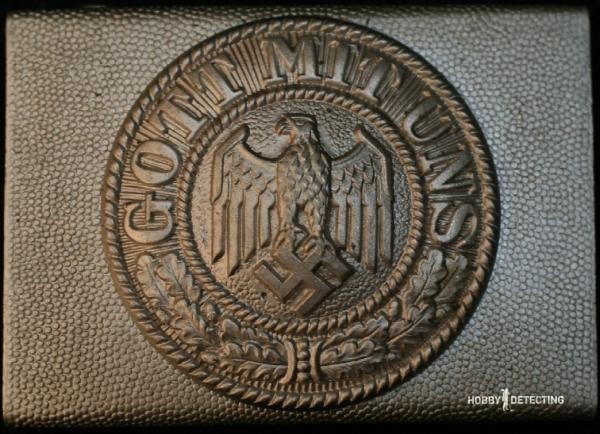 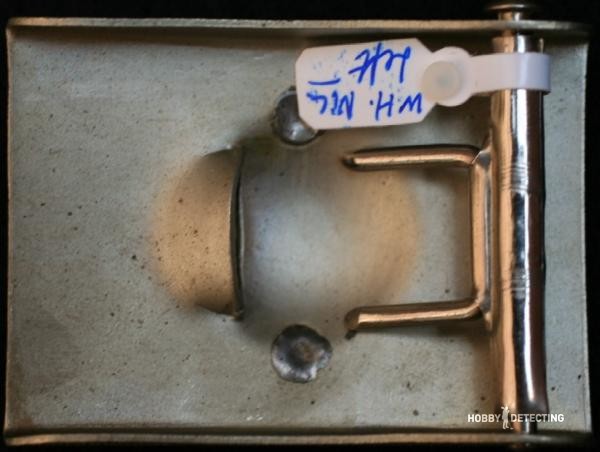 The back side of the early buckle.

Also on the early Wehrmacht buckles there are all sorts of alterations to the new version of any buckles of the Reichswehr (armed forces of Germany before Hitler came to power), etc. Example: 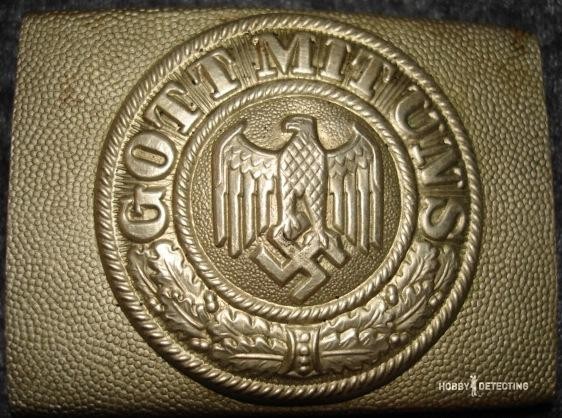 Alteration of a Reichswehr buckle. The eagle’s head is turned to the left. 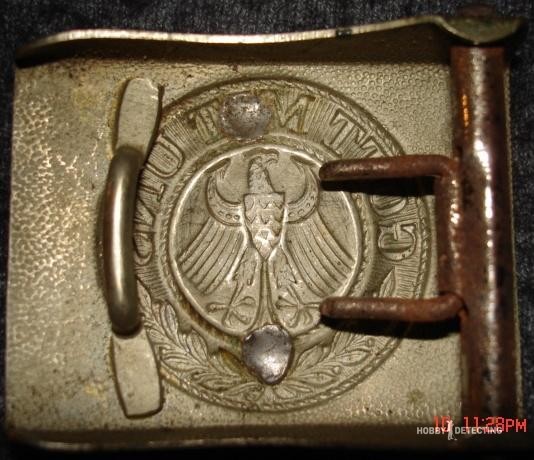 As with all military equipment, the buckles had standard sizes. The standard size for rectangular buckles – 65x45mm, 50×35, and the rare 60×40 mm.

After 1935, the eagle’s head was turned to the other side, now to the right, and the mass production of buckles for the Wehrmacht began. Indeed, in 1935, Germany was with untied hands, the conditions of the Versailles Treaty had lost their power and the Wehrmacht began to grow. All the buckles Wehrmacht was manufactured and supplied by private companies, that is interesting! For quality control and standardization of the buckles delivered by different private firms, (And there were more than a hundred!) all orders for the buckle had to to pass through the organization ReichsZeugMeisterei (shortened RZM), which was established April 1. 1929 to do one task – to control the process of delivery of uniforms and ammunition to the units of the NSDAP. Subsequently, the organization’s main objective was the implementation of procurement and quality control with private firms-manufacturers. Since 1935 each contract got his number and from that moment on the buckles of Wehrmacht was made with the RZM stamp, so now the RZM stamp was present at each buckle. The stamp was applied on the finished product or included in a the pattern for punching. Periodically you can come across variants with the makers stamp, but this is a non-standard option. 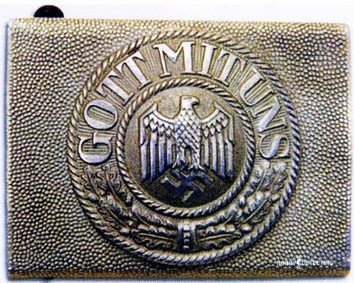 In general, there are many varieties of buckles, because having more than one hundred manufacturing companies, it is hard to receive the same standard variant, so that the differences can be different small details (may be the head, wings, legs, oak branches and so on). The buckle field could also be both granular and smooth. On the buckle there was depicted a round medallion in the center where there was the imperial eagle holding a swastika surrounded by oak leaves and the traditional motto of the German army – «Gott mit Uns» – «God with us».

There was also a separate version of the tropical buckle of Wehrmacht; for example for the Afrika Korps, but similar buckles also occur in parts of the Caucasus and Crimea. 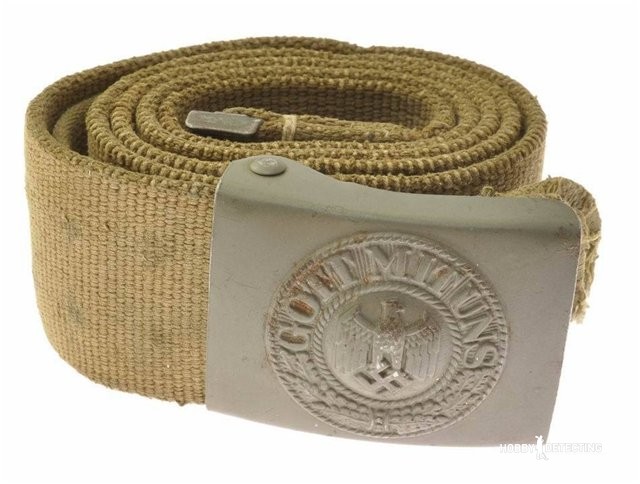 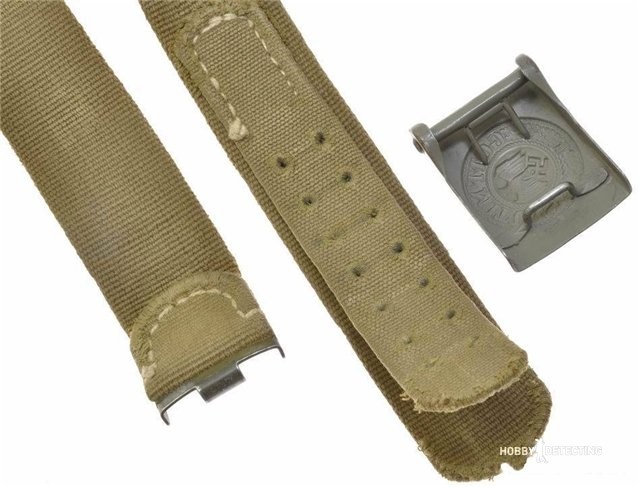 With the onset of World War II, they began to produce steel buckles because of aluminium shortages. And in September 1944, when Germany came slowly, but steadily to an end, the RZM began to have a hard time controlling everything, which led to the resolution for the producers to deliver their products directly to the army bypassing the RZM system. The direct supply permit was issued in December 1944, a few months before the end of the Reich. Since the end of 1944 they even began to produce buckles made of Bakelite! The Bakelite version of the buckle is very rare. 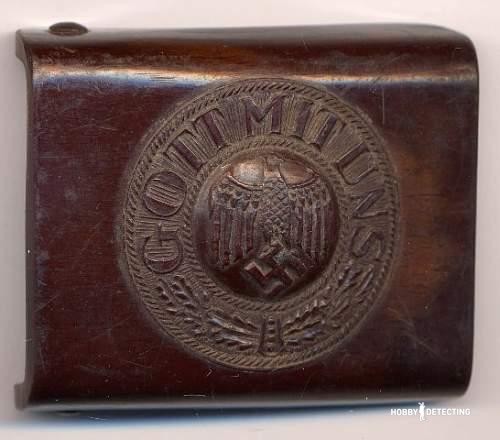 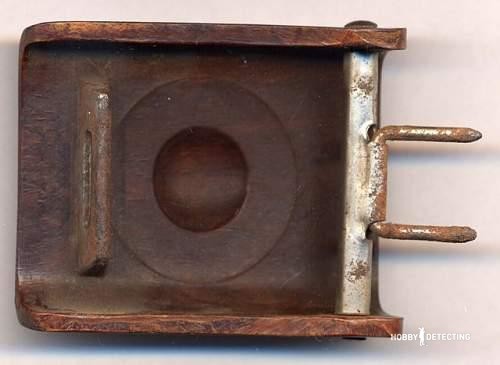 Stamps on the Wehrmacht buckles

Here is a list of manufacturers of buckles of the Wehrmacht. 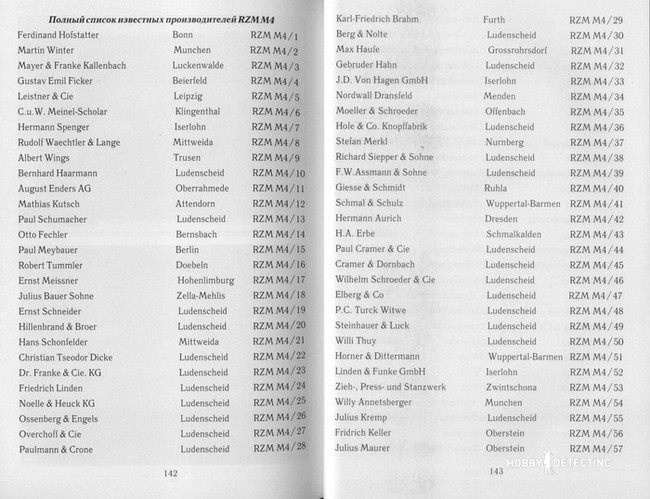 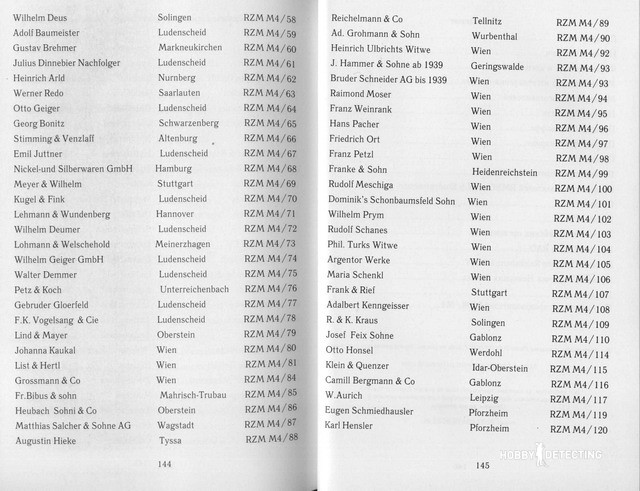 And the variants of the manufacturer logos. 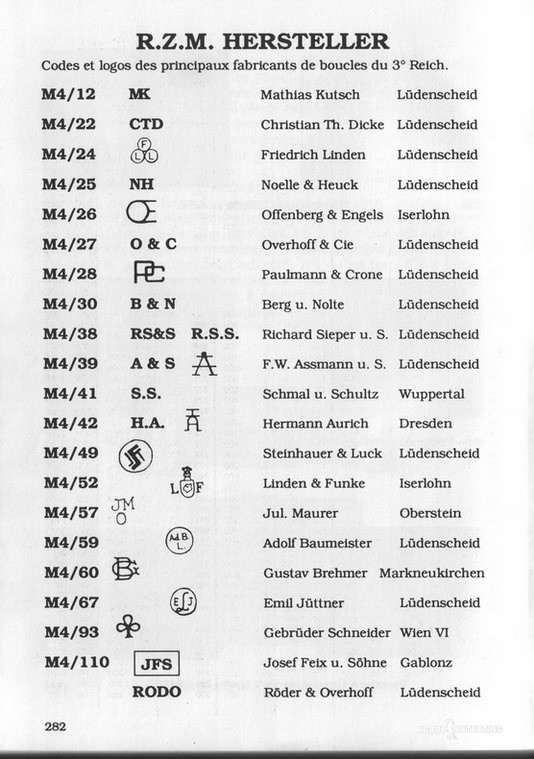 The list is incomplete, unfortunately, if anyone has anything to add – write or add it to the comments. Also it would be great if you could put pictures of your finds or your collection of buckles.

I hope that at least something will help you in determining the found or purchased buckle of Wehrmacht!

I wish you all a big collection of buckles!