Mysterious Ring With The Head Of The Devil (Identifying Finds+)

From time to time, a usual detectorist stumbles across a very unusual artifact. And sometimes the hypotheses of the origin and dating of these objects excite the minds of fellow detectorists so much that you simply marvel at it. And this time this exact thing happened… 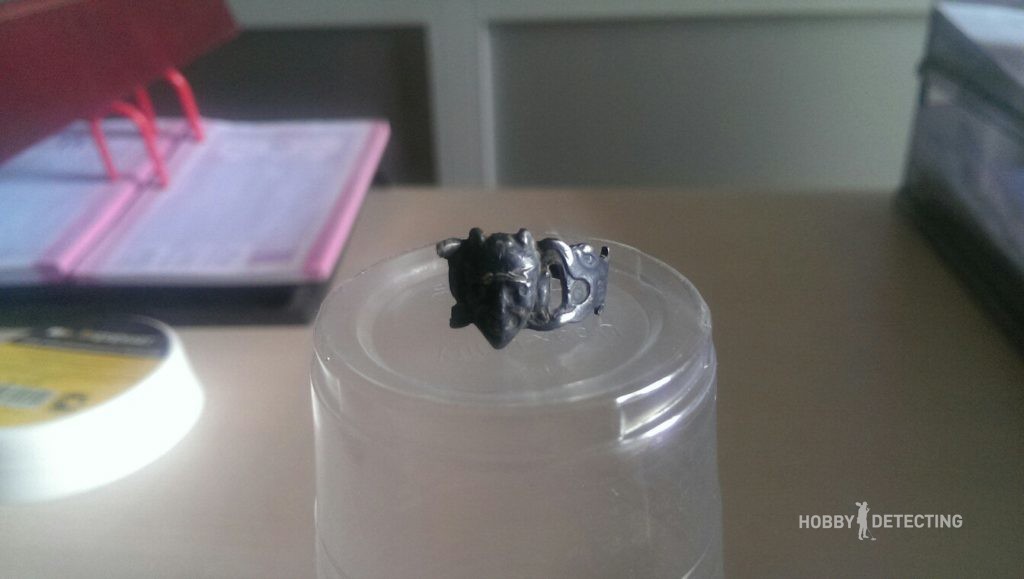 In the spring of 2016, there was a rumor among the treasure hunters of the Ryazan region that a unique mystical ancient ring was found on the territory of the Rybnovsky district near the village of Vakino, about the rarity of which one can only speak in whispers.

In 2017 I managed to communicate with some of the eyewitnesses of those events. And in the end, after some dialogue back and forth, this find was kindly presented to me for a review. It was alleged that this ring was also shown to archaeologists, who could not say anything about it.

But now, let’s look at everything in order.

One day, a group of young and very purposeful guys once decided to go out into the nature for detecting.  They decided to detect an old field along the oak forests between the village of Vakino and a Roman settlement. After some time, one of the diggers was just somewhere there and was lucky enough to find this mysterious ring.

It is worthwhile to tell about the Romanovsky fortified settlement, where the base of the rampart still exists. It is located 3 km from the village of Vakino. 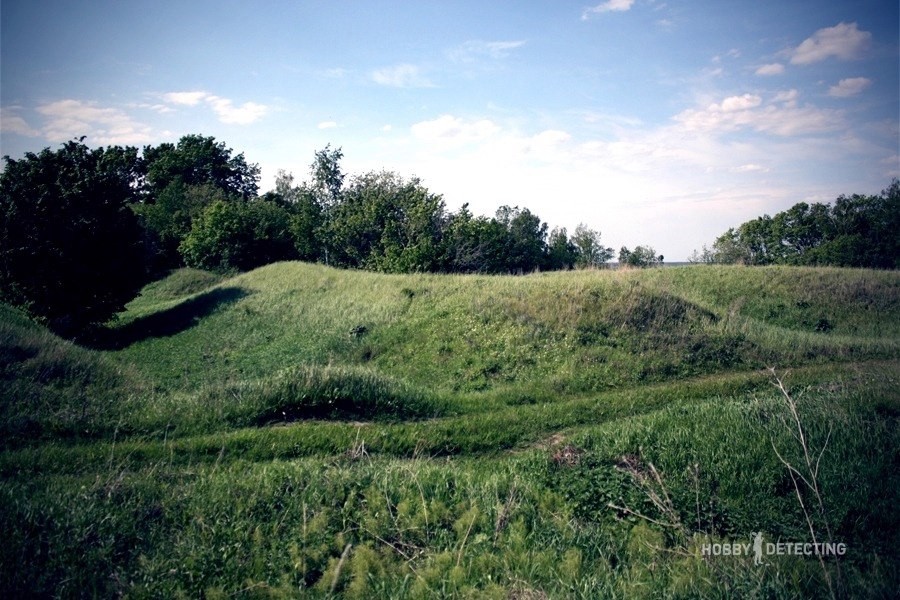 According to local legends, there used to exist a city with the name Romanov. This city, apparently belonging to fortified points along the old Prioksky route from Moscow to Ryazan, was built by the Ryazan prince Roman Glebovich. Roman insisted a special need to protect this route from Suzdal, with whom he struggled all his life. In a letter from the sister of Prince Ivan III, Grand Duchess Ryazan Anna Vasilyevna (1464-1483 gg.) the city of Romanov is mentioned. Later, according to a book from 1676, it already appears as a village. According to the popular legend, the Romanov fort was utterly abandoned because its inhabitants were transferred to Yaroslavl province to the city of Romanov-Borisoglebsk. By the way, the Romanov city ruin is an archaeological monument.

The semicircular (200 х 120 m) area of the settlement is surrounded by three lines of ramparts and ditches, and the north-western edge rests on the steep bank of the Oka River. This monument was repeatedly surveyed by archaeologists (VA Gorodtsov, PP Efimenko, VI Zubkov), and smaller excavations were carried out by A.L. Mongait. It turned out that the high hill, separated from the main territory of the settlement by a deep moat, is a site of the Iron Age era. Deposits from the times of the Russian empire on it are insignificant. In addition to the fragments of pottery, they found various metal objects, seven-lobed temple rings, beads, a silver bowl, a cross, a dish, etc. And a cemetery from the 12th-13th centuries was discovered. Judging by the archaeological evidence, the fortifications were erected in the XII century. You can get to the site of the fortress if you go along the Oka to the west from the village of Vakino, or walk from the station Slomy. Here, along the steep bank of the river Oka, there are two valleys, separated by two moats. Oka’s steep slope is intensively characterized by landslides. Between the ancient settlement and the village of Vakino, an ancient oak grove has been preserved, which was approved by the resolution of the administration of the Ryazan region as a natural monument in 2003.

DESCRIPTION AND IDENTIFICATION OF THE FIND

Given such an ancient area with a rich historical past, a stable opinion was presented at once that the found ring dates back to that time. Ring with the head of the devil, found in the spring of 2016 in the Rybnovsky district of the Ryazan region near the village of Vakino. 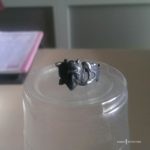 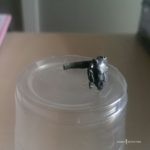 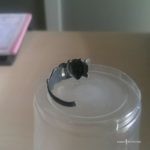 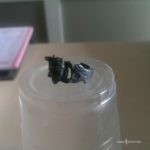 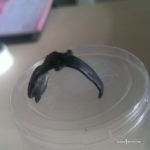 This mysterious ring looks as follows:

On the front, there is a face of a demonic creature (or the Devil Mephistopheles) with a huge smile and horns, ready to sign you into his arms. On the side, an aggressive dragon attacks him.

Metal: silver, with a touch of black patina.

Losses: there is no left part of the ring with the second dragon, it has a deep cut from a sharp object (possibly from a shovel) on the head of the devil-like creature.

However, this ring is nothing ancient and mysterious, unfortunately.

Judging by the existing brand of the master it is a ring from the second half of the XIX century. It was made in the village of Krasnoe (now Krasnaya Pakhra, Moscow region). In the “scientific” community it even has a certain name “Nosferatu with dragons” or “Mephistopheles with dragons.” By the way, an exact copy of this ring was found in March 2017 not far from that same Red Pakhra, but without any losses. So, the ring is not that rare, but it does not occur too often. It is difficult to call it unique, but the find is certainly quite interesting. 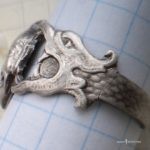 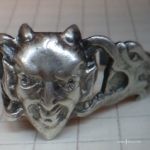 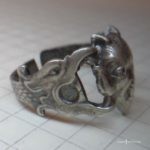 The fact is that in the era of late imperialism (the second half of the XIX-early XX centuries) among young people of noble birth, a passion for secret societies was quite popular. In tsarist Russia, young people from high societies, usually unemployed and living on someone else’s estate, spent their time on unnecessary activities. They often joined such groups, attended demonic events such as variously themed carnivals. Back then, it was very fashionable. For these events, it was customary to wear such special rings with the image of Mephistopheles.

Variations of this ring can be different. For example, instead of dragons – there can be wings from a bat or just some patterns. Only the head of a demonic creature with a sly smile remains unchanged. 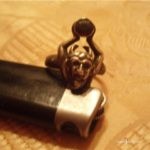 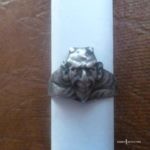 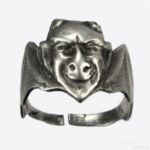 I’m unsure if such rings can be found in Europe, but on the territory of Ukraine, some people find a little modified “Mephistopheles” with red eyes. However, in Russia, these specimens are also found from time to time.

Such a ring without any losses was once sold for 20 euros at an auction. The cost of our example, given the absence of the left part of the ring and the furrow from the sharp object on the forehead of the head, is worth no more than 13 euros.