NoktaForsCoRe and a real discrimination test!

Once my friend and I went for a dig, to explore a new location, where are situated the ancient fields, left from the ancient villages. The friend was walking around the field with Garrett, me – with NoktaForsCoRe. I was digging for metal, sometimes getting some rusty nonsense. Threw a glance to the friend – he started showing me one coin after another. Then he showed me the coin of the middle of XVIII century. I was still empty, without anything valuable or interesting. 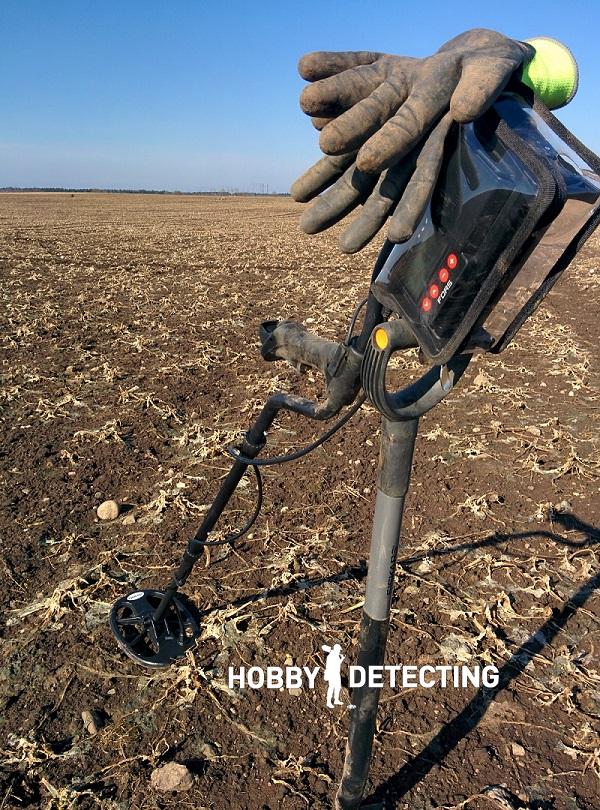 Do you know that feeling? When you’re walking and asking the higher forces, angels, leprecons, Santa – whoever – to send you a golden chervonets of Nikolay II or at least something interesting, unusual.

So, I was walking, digging, getting different signals and suddenly saw an interesting signal – totally rusty, and then color. Rusty – non-ferrous – rusty. Something strange. Not like a usual rusty junk, when VDI is jumping from 20 to 60-80 ( Nokta has VDI from 0-99, the interface is very clear), because at first it was a very clear ferrous signal (VDI 20), and then suddenly a non-ferrous one for slightly longer time, VDI 50-60. Decided to dig with a showel. Took off an upper layer, took a pinpointer (I use GarrettProPointerAT), took out firstly a piece of rusty metal, and under that piece saw a dirty, soil-covered round thing.  I picked up that thing with a raising heartbeat – come on, can it be that the leprecons (or whoever there) heard my beggings? I started wiping the dirt from that thing with my glove and noticed a monogram of Pavel I! From that moment for me was totally clear, if it’s worth to watch all those discrimination tests, and if they have any meaning behind: the coin was just under the piece of rusty metal! 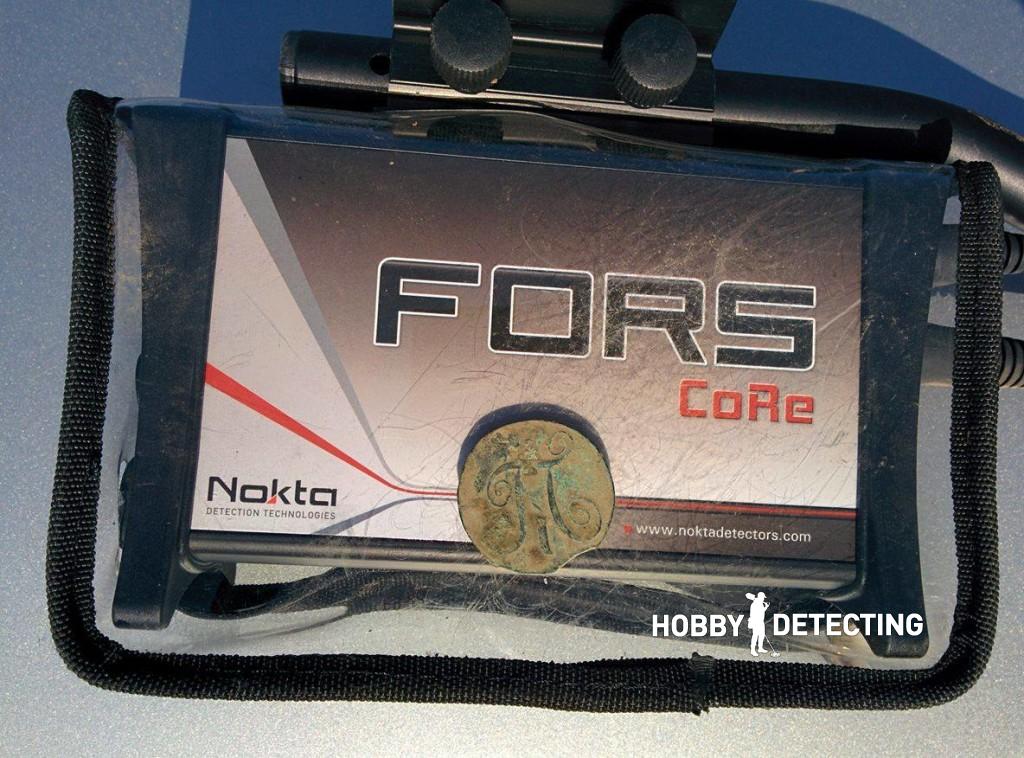 Haven’t seen that detector yet? All the information about Nokta Fors Core is collected here.