WW2 excavations my friends, are not just shells and helmets, but also military aircrafts, vehicles and so on (with great success and desire of course). Every year there is less and less of it, but there are still many places where you can find different fragments, especially when it comes to airplanes. During WW2, every day there fell several dozen aircrafts in different parts of the huge Soviet-German front. And when the plane falls, then the impact breaks the plane, and its fragments scatter hundreds of meters in all directions. By flying fragments, you can also determine the exact location of the crash. However, if the aircraft falls into a river or a swamp, it may remain in fairly good condition. In this case, only fragments remained from the Soviet bomber aircraft Ilyushin DB-3, but the pilots and their belongings were found and identified. 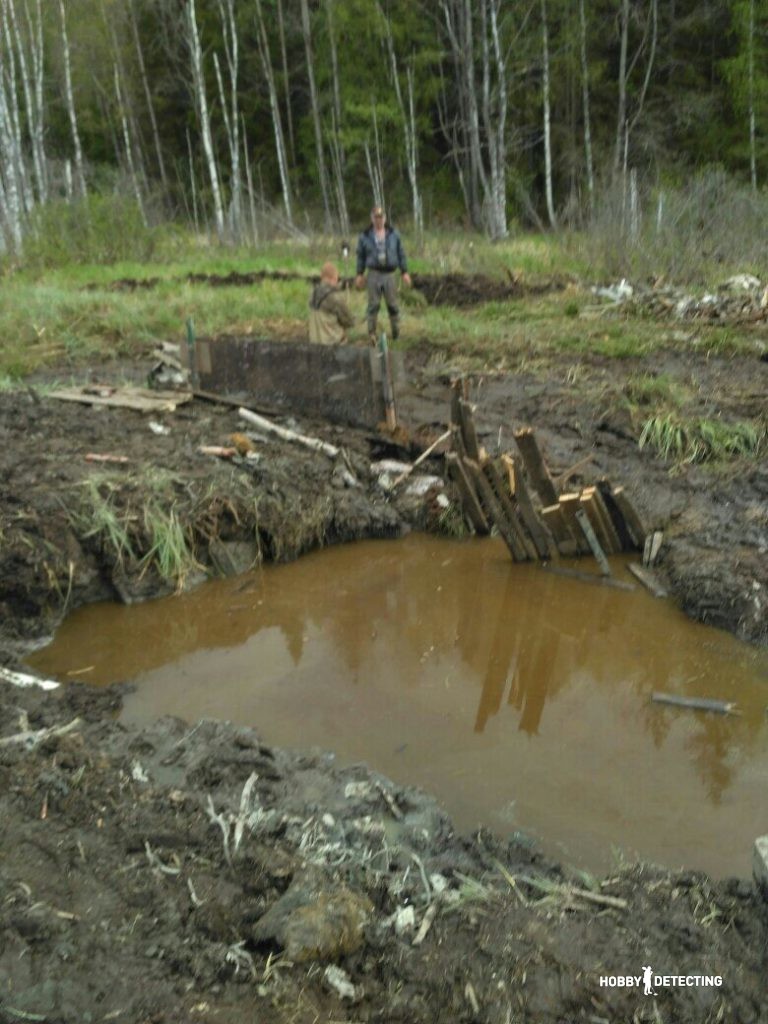 The Ilyushin DB-3 was a twin-engine long-range bomber, which made the first flight in 1935, just before the war. At the time, five world records were set with this plane – innovative technology was then built in the USSR! 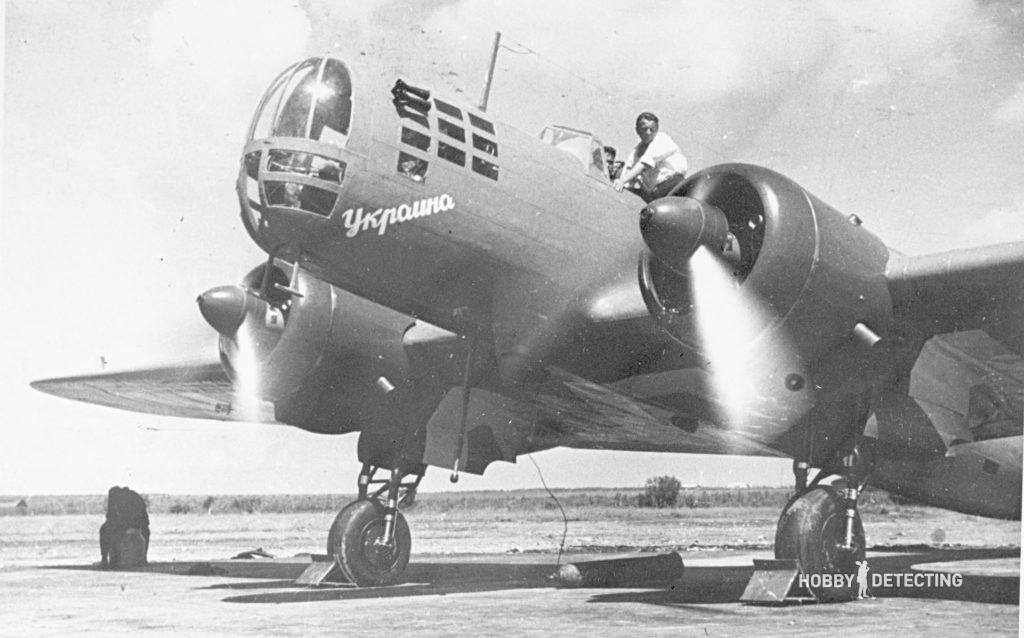 The bomber DB-3 survived several modifications before the war, and was in general fully compliant with the requirements of the time for aircrafts. At the outbreak of the war, in 1941, these aircraft suffered the greatest losses due to their use to bombard the troops and support the ground forces from the air, that is, the long-range bomber was assigned the tasks of an attack aircraft. In the forced measures of the first days of the war – on June 22, 1941, out of the 70 DB-3F aircrafts, 22 did not return, of which more than half were shot down. Hard times always require the application of extreme measures, unfortunately. 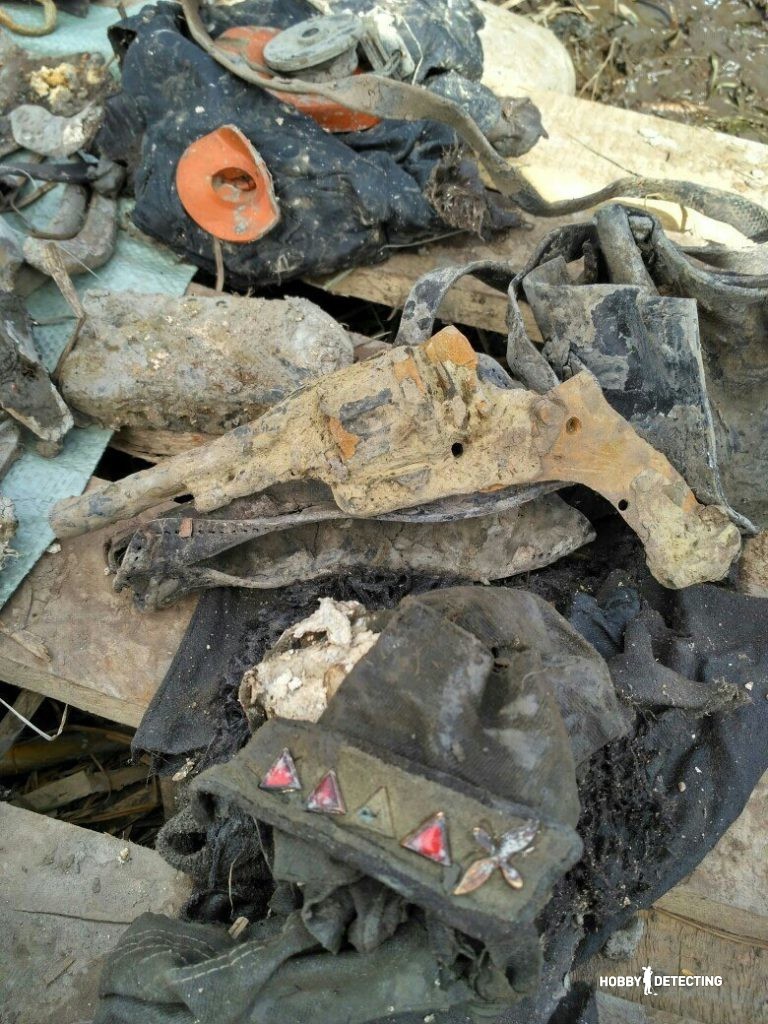 In this case, the plane was found near Vyborg, which is not far from Leningrad. As we can see on the picture- the Nagant revolver and the collar from a senior officer of aviation remained in an excellent condition. 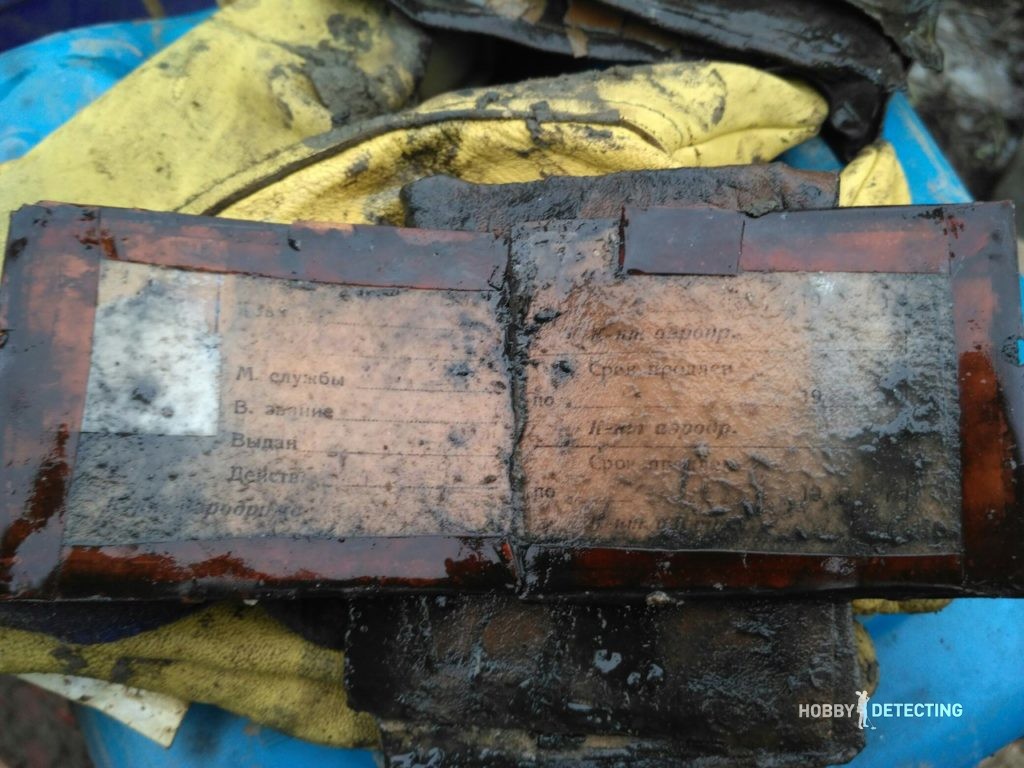 And the same goes for the documents with a military passport. 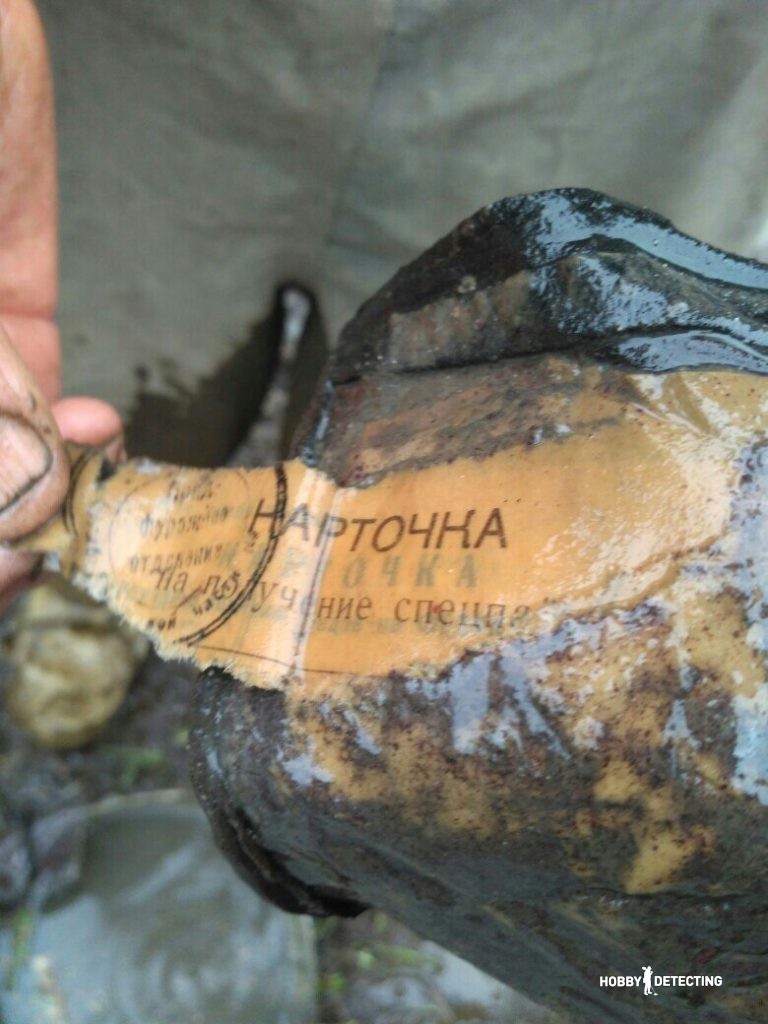 All documents the pilots usually kept either in their tablet or in the pocket of their uniform. 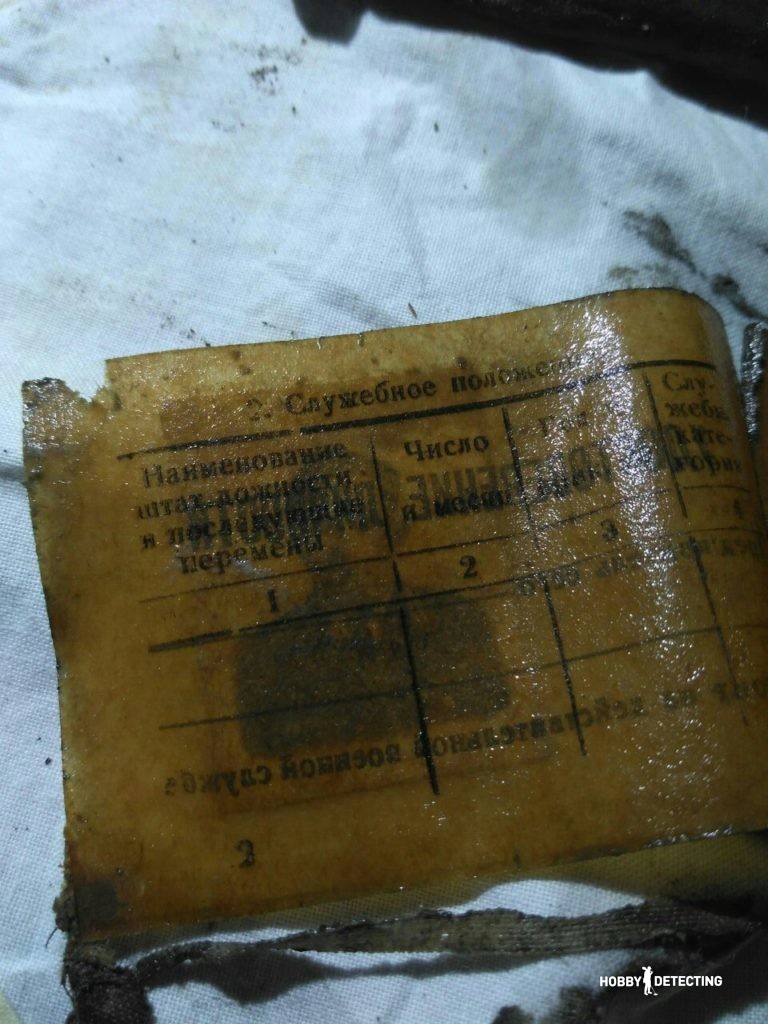 I myself have seen documents and maps that had been restored and in good condition, which had been raised together with a pilot of an IL-2 attack aircraft. So, there’s nothing to be surprised about in the condition of papers after 70 years! 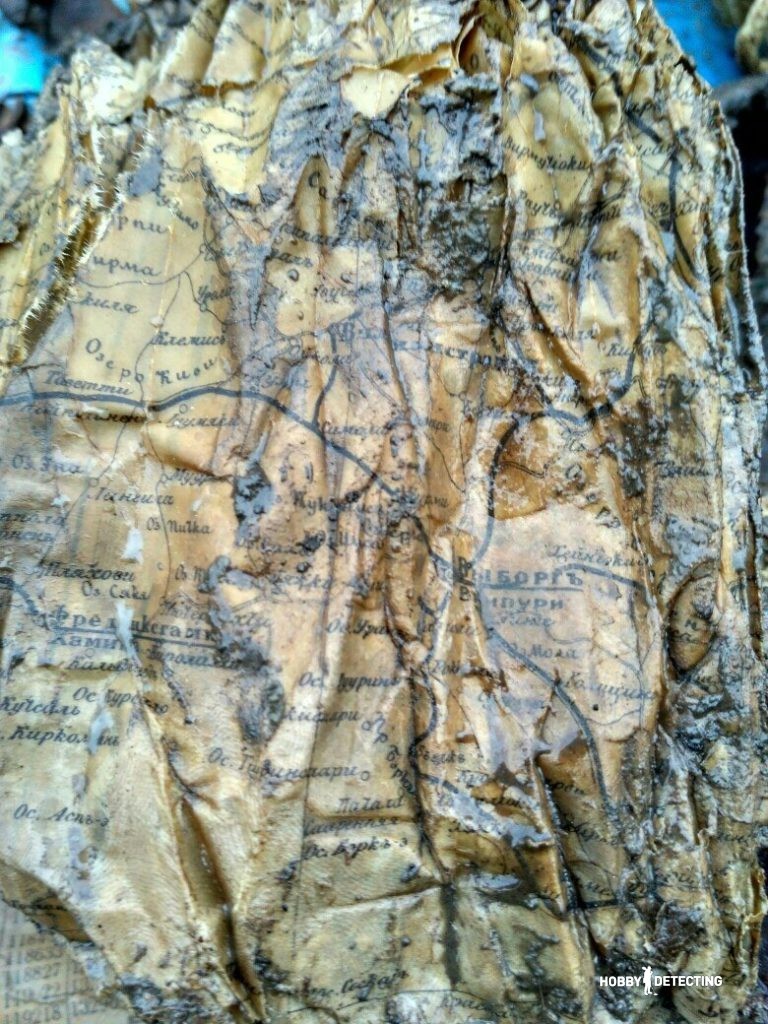 On the map, there may still be traces of marks, which the pilot placed before take-off. It is interesting that in this case the map is form the Russian empire! 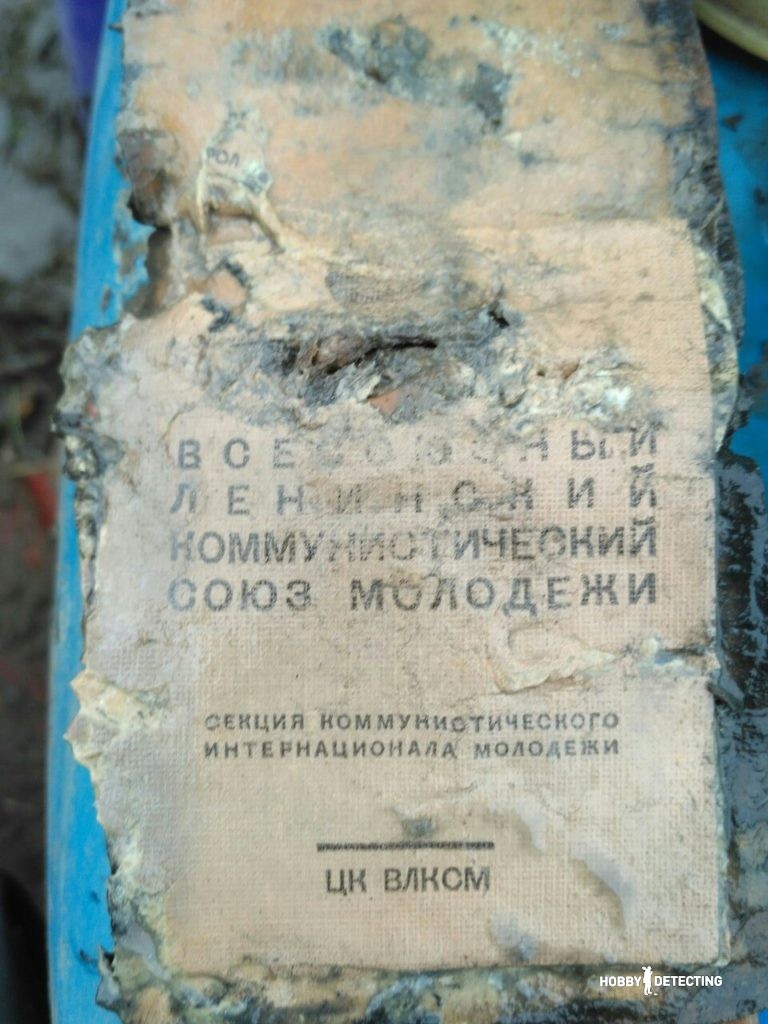 Like all young guys at the time – the pilots were members of the Leninist Komsomol. 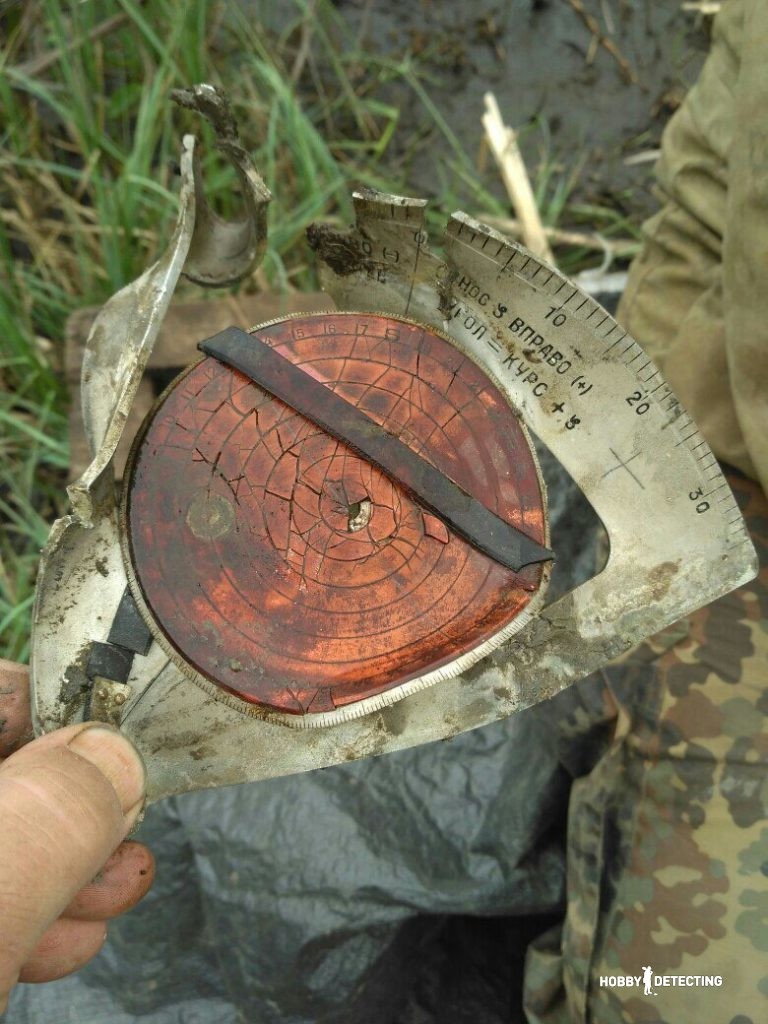 The crew was identified: The pilot was Junior Lieutenant Nechipurenko Peter Ivanovich, the navigator was Sergeant Major Terentyev Alexei, the air-gunner-radio operator was Private Ivanov Nikolai Fedorovich, and the second air-gunner was Private Mamonov Vasily Markovich. In the photos above, the uniform and the other things, judging by the rank, belonged to the navigator – Sergeant Major Aleksei Alexeyevich Terenyev. 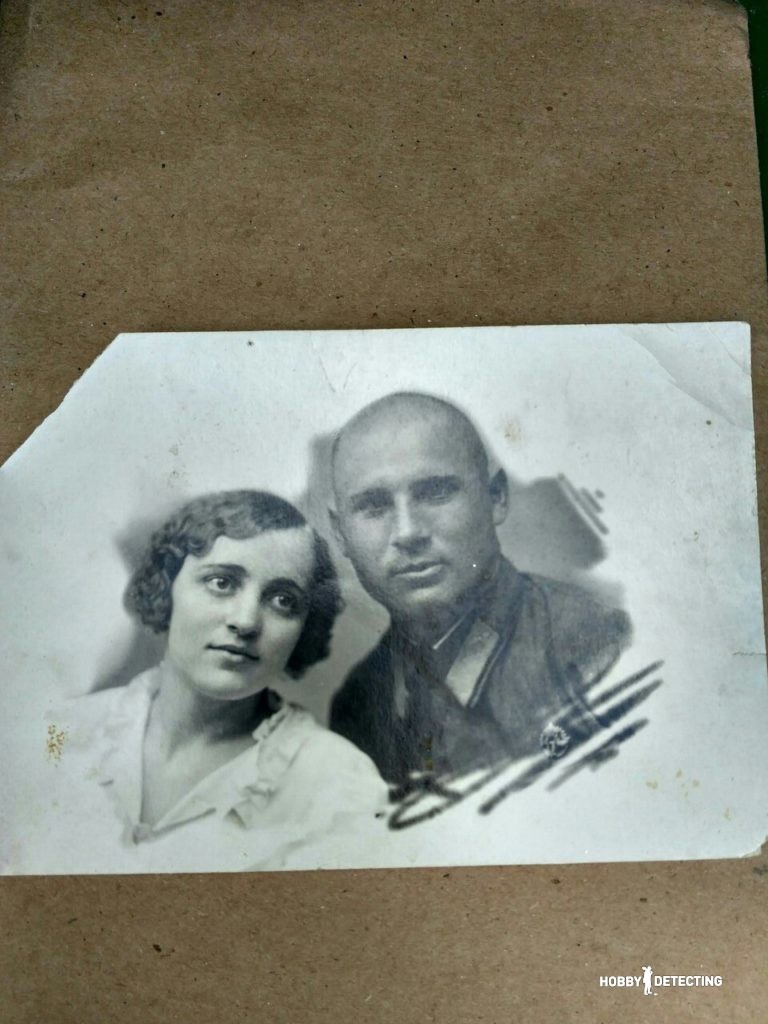 Thanks to the initiative of a large number of searchers, there are less nameless heroes today. Excavations like this in the forests can last for for several days, and sometimes even weeks. Such people are the silent heroes of our time!

More posts on the topic of WW2 can be found here!