Underwater images show virtually undamaged aircraft, cannons, and tractors aboard the aircraft carriers that have been lying on the seabed since World War II. 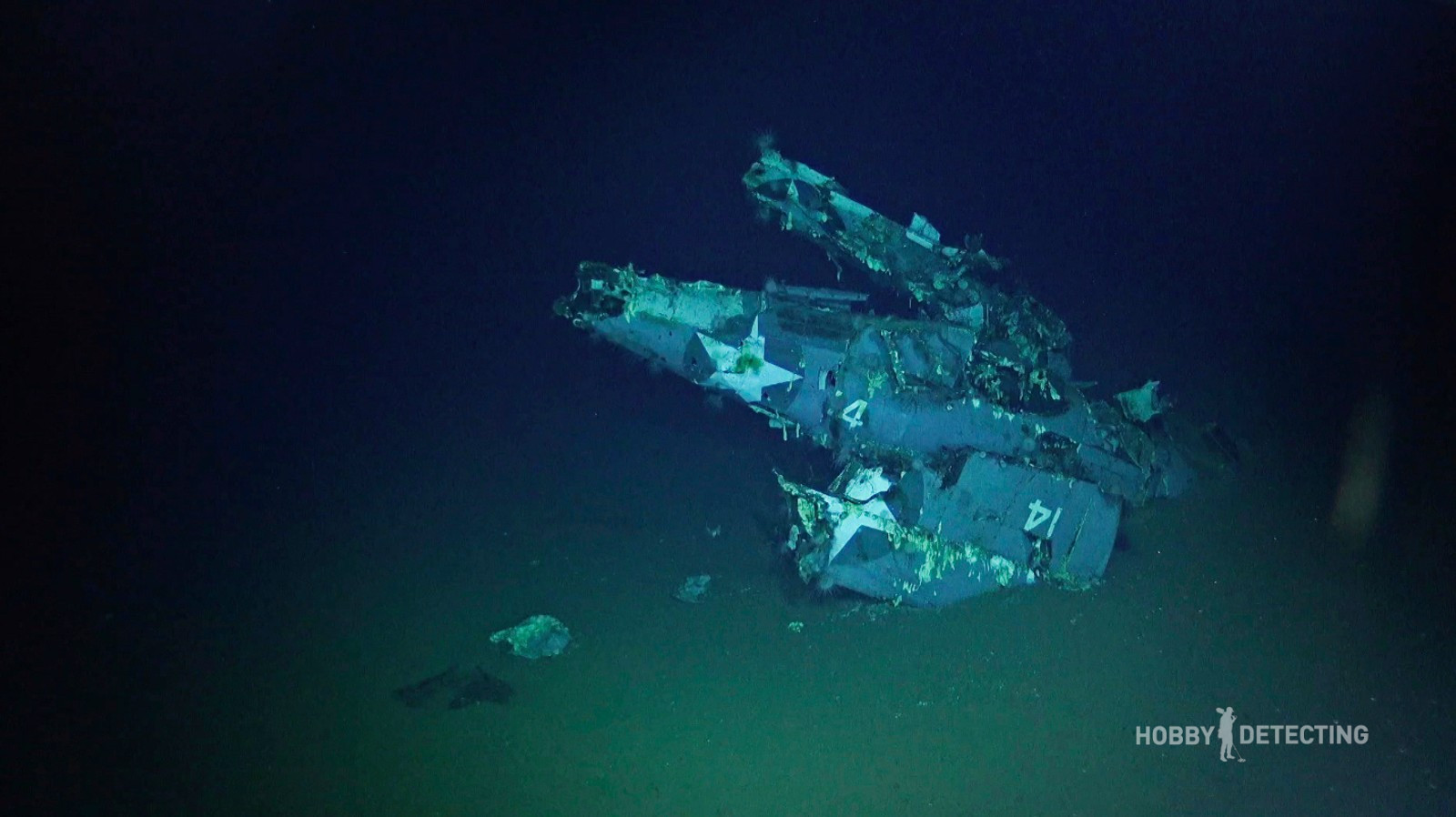 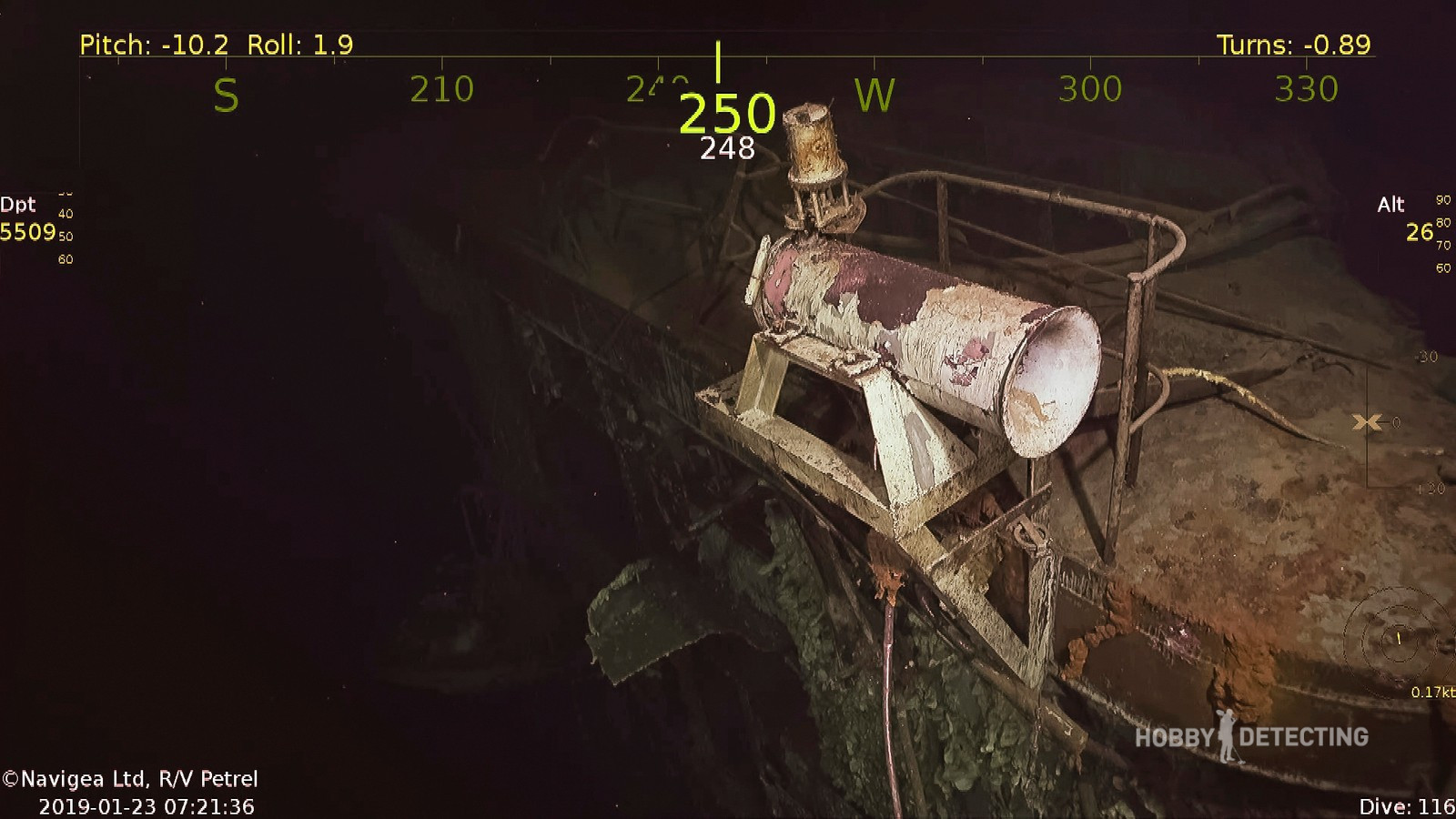 A siren from the USS “Hornet”. 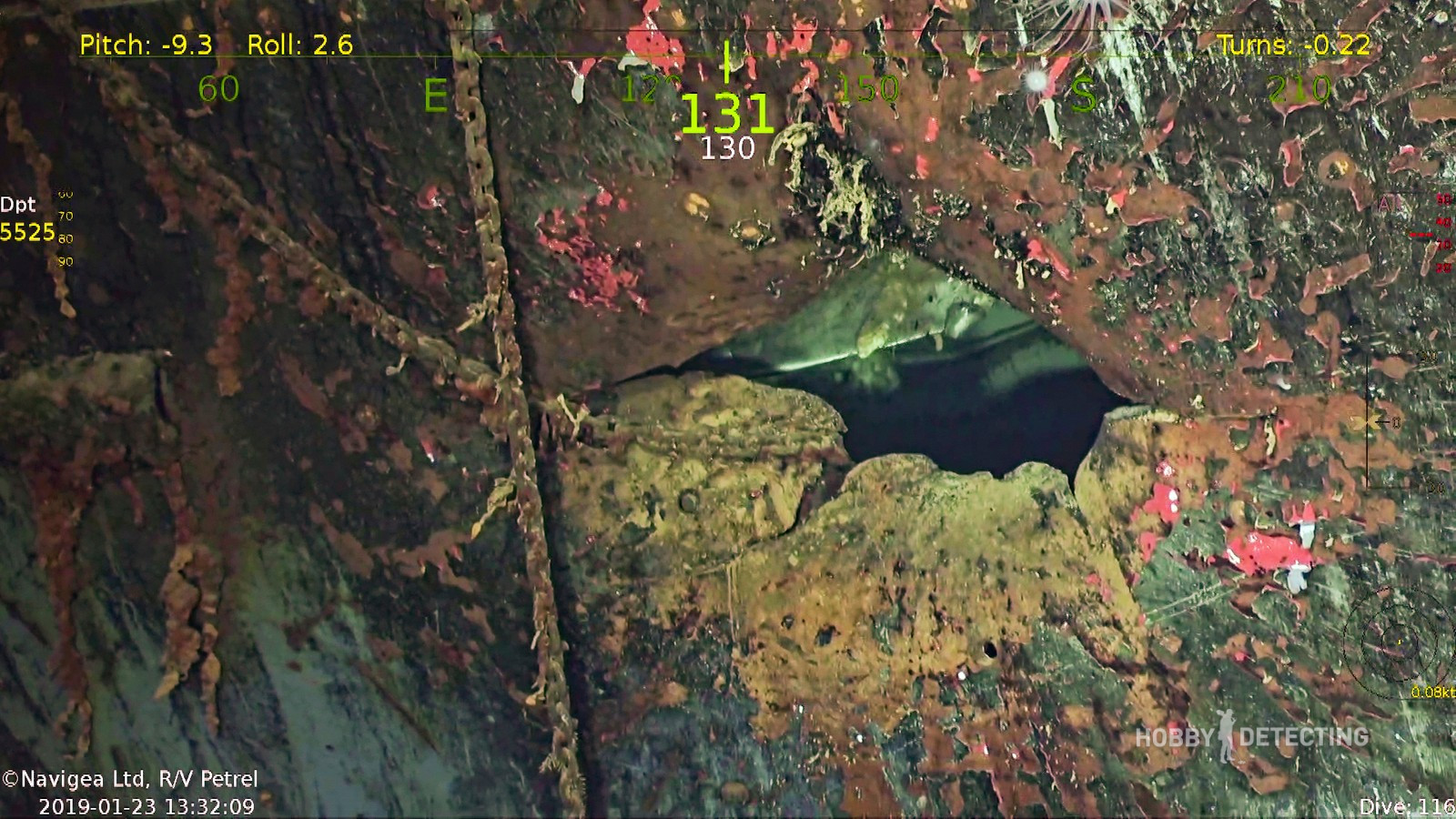 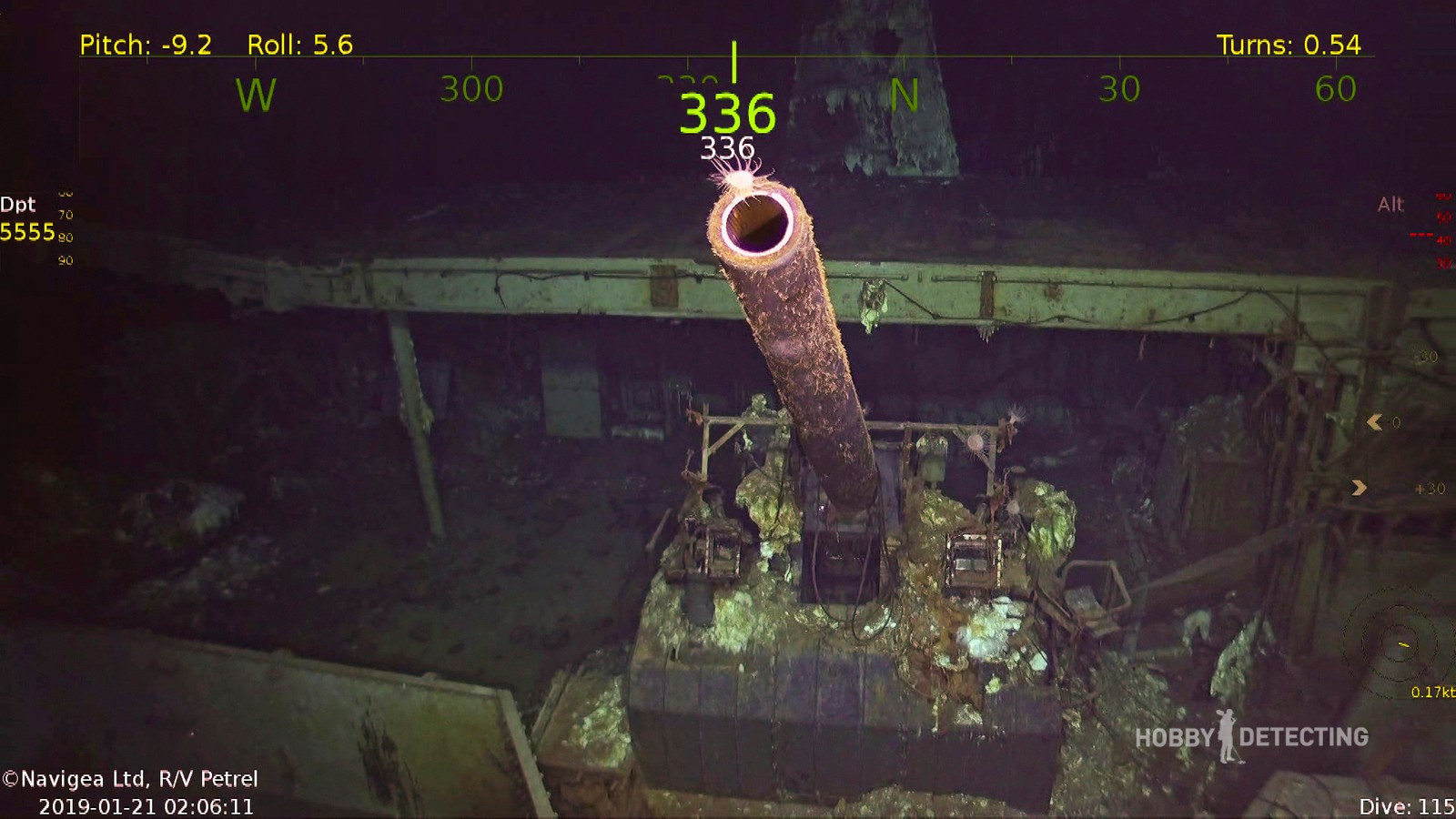 A five-inch cannon from the USS “Hornet”. 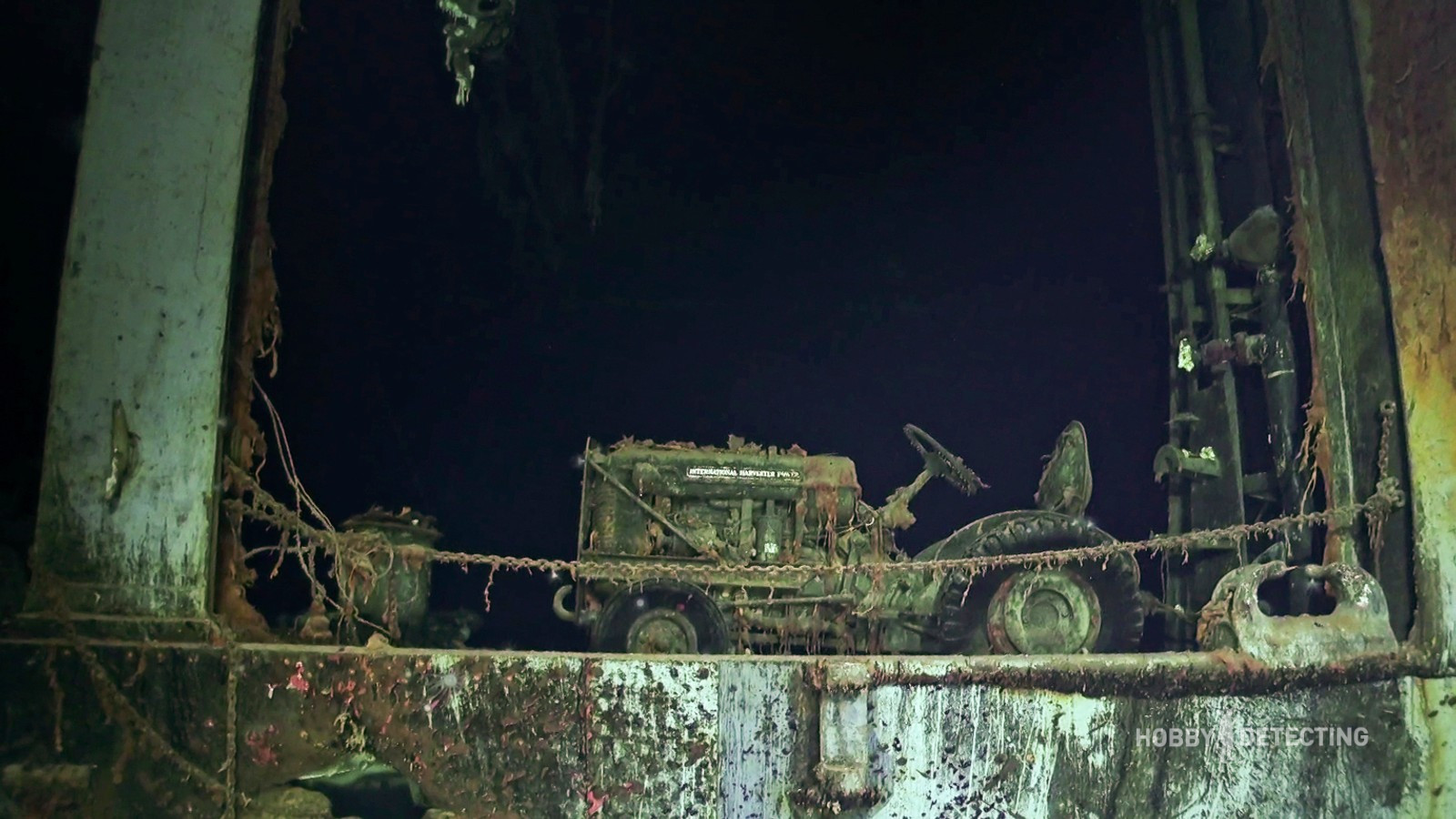 A tractor to tow aircraft photographed aboard the wreck of the USS “Hornet”. 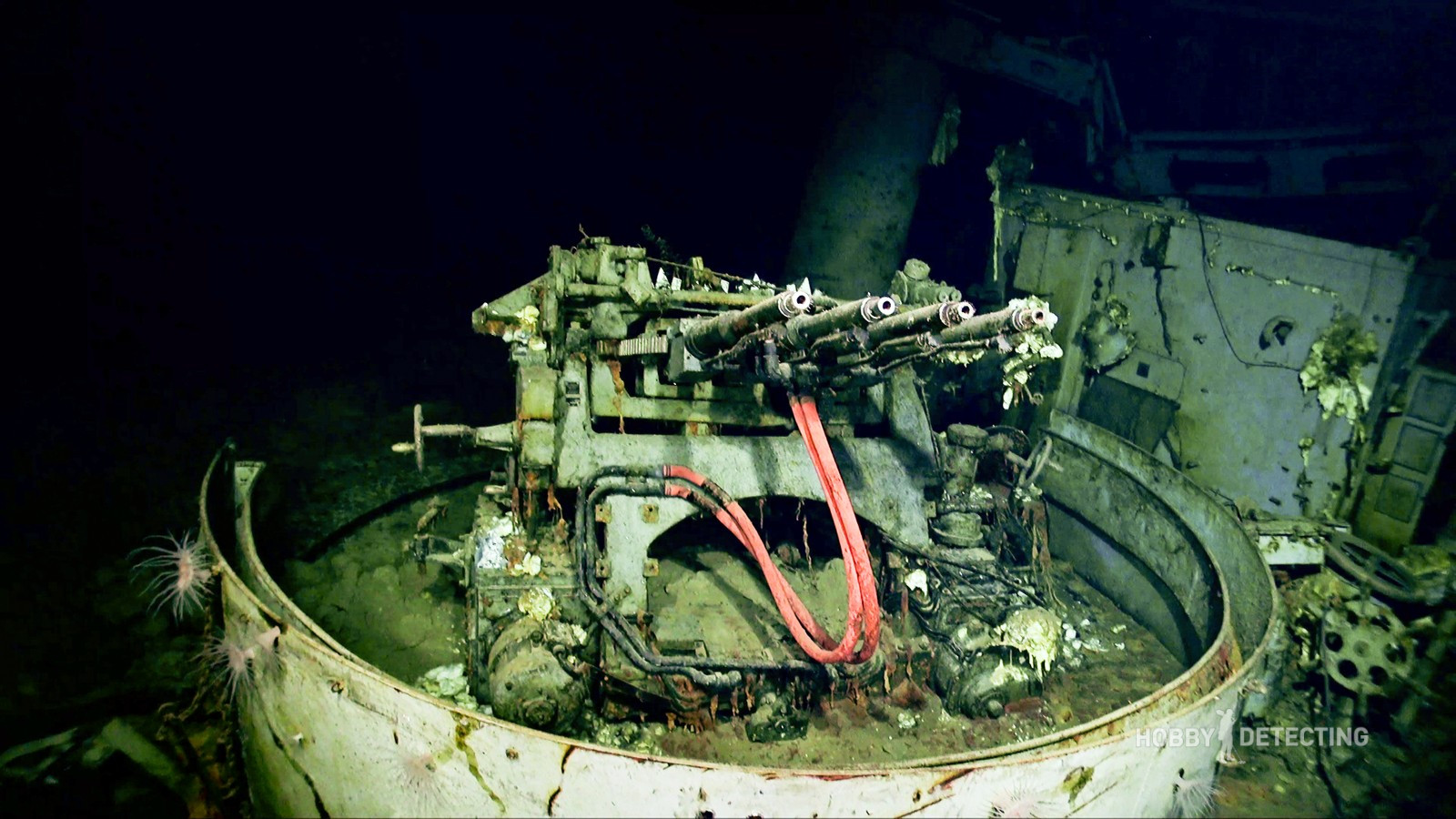 Anti-aircraft gun aboard the USS “Hornet”. 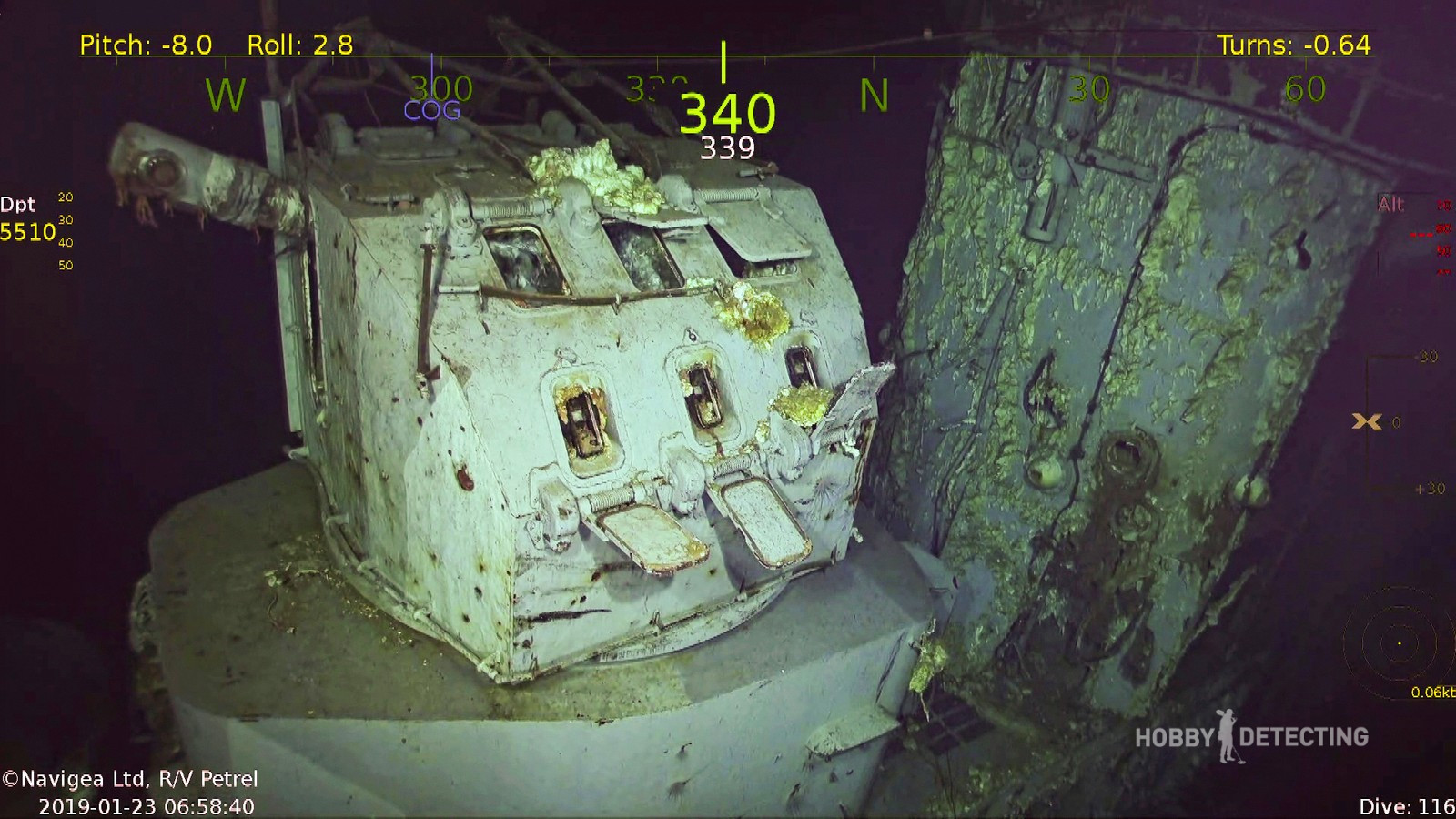 The distance measurer for a five-inch cannon from the USS “Hornet”. 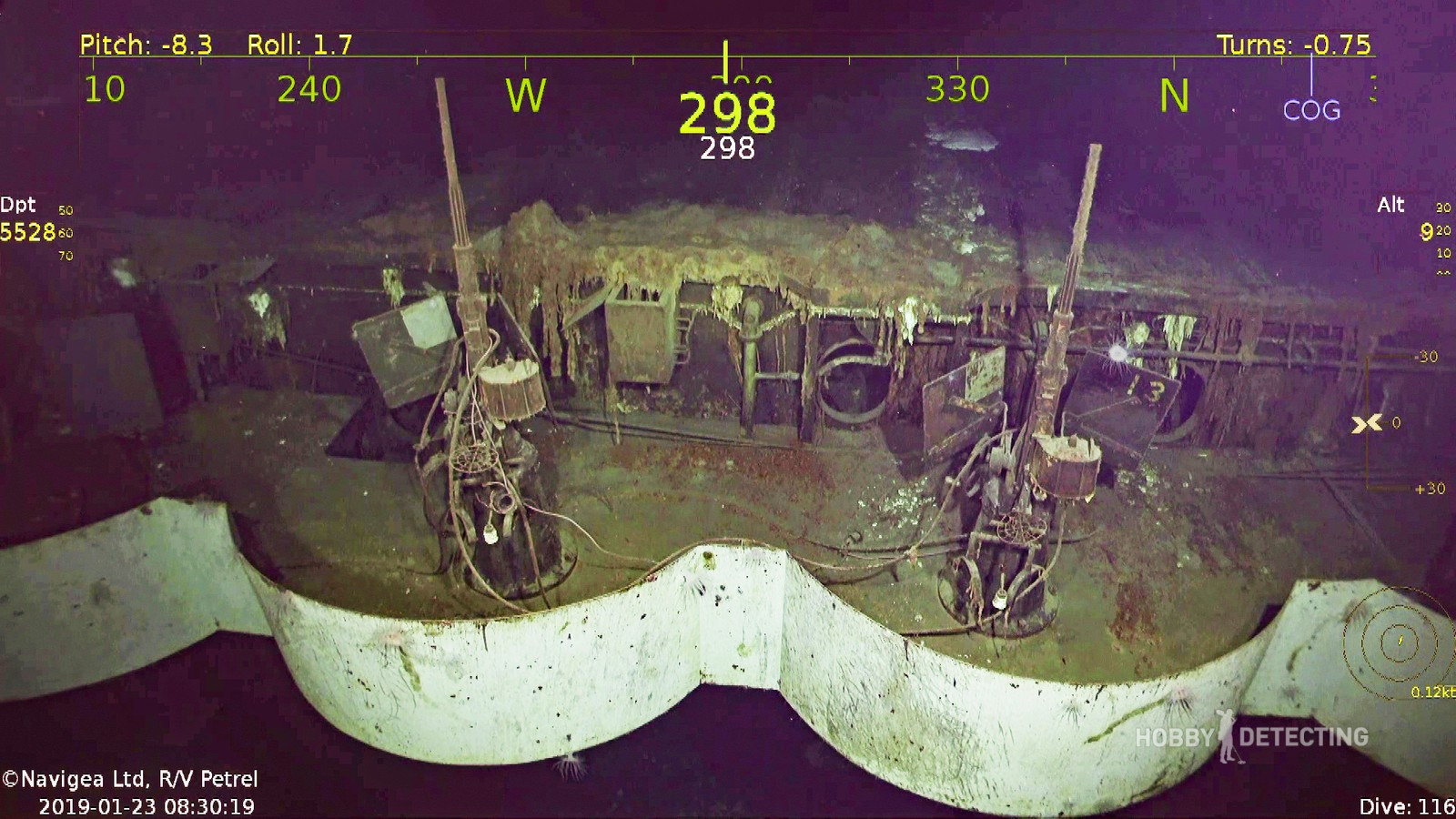 Spectacular wreckage of the USS “Hornet”.

The two 225 meters long aircraft carrier USS “Wasp” and USS “Hornet” were found in January, but only now is the news released that both have been discovered. The USS “Wasp” was sunk on September 15, 1942, by torpedoes from a Japanese submarine, while the USS “Hornet” sank on October 27, 1942, after an attack by a Japanese aircraft. Altogether, 316 American seafarers lost their lives in the two attacks, while over 4,000 were saved alive.

The two American aircraft carriers were involved in the battle of Guadalcanal, a six-month battle for one of the Solomon Islands considered a turning point in the war against Japan.

The “USS Wasp” was found at 4200 meters deep, while the “USS Hornet” was even deeper, 5300 meters below sea level. Both aircraft carriers were found by the research ship “R/V Petrel” which over the past two years has crossed the southern Pacific in search of sunken warships. The ship operators have previously studied old ship logs and other documents to narrow the search areas as much as possible. 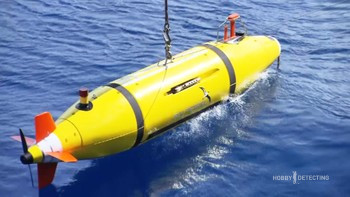 When they reach the area where they think a shipwreck can be located, a remote-controlled mini-boat is sent down to the great depths of the Pacific Ocean. At depths of 4–5,000 meters, it is very dark, but at the same time the absence of algae and other growths makes the water clear. With the help of strong headlights and good cameras, they have taken exceptionally detailed pictures of the wrecks. 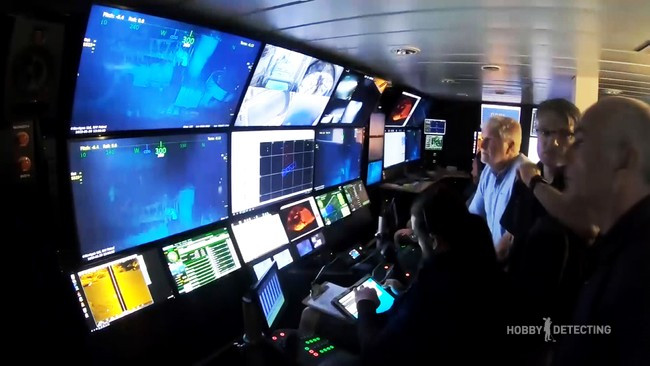 The operators on board the R / V “Petrel” follow the images sent up from the seabed.

An important role in the war

Both the USS “Wasp” and especially the USS “Hornet” had important roles in World War II before ending up on the bottom of the ocean. Before being sent to the Pacific, the USS ” Wasp” twice delivered planes to the British Air Base in Malta. This island in the Mediterranean had an important strategic position and deliveries were very important in preventing the Germans from winning the war in North Africa. The ship was attacked and injured on its way to Malta and returned to the United States for repairs before being sent to the Pacific. 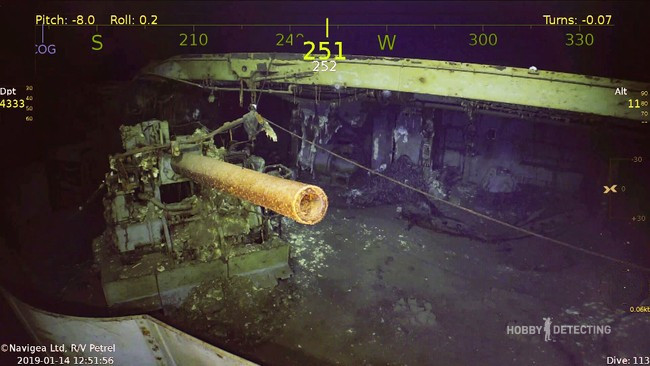 A cannon photographed at 4200 meters depth on the deck of USS “Wasp”.

The Midway and the Doolittle raids

The USS ” Hornet” had a very central role during the war. It was one of the three American aircraft carriers who participated in the Battle of Midway on June 4 – June 7. June 1942. In this battle, the US stopped four Japanese aircraft carriers and stopped Japan’s expansion into the Pacific. Along with Guadalcanal, the Battle of Midway is considered the two crucial turning points in the war against Japan. Prior to Midway, the USS “Hornet” had been the aircraft carrier that participated in the Doolittle Raid, the first World War II Air Force attack on Japanese ground by US bombers. The US aircraft in this mission took off from the USS “Hornet” in April 1942 and bombed four Japanese cities before flying on and landing in China. The Doolittle raid led to small material damage but became important propaganda material for the United States. At the same time, the Japanese were afraid of more attacks against their homeland. Therefore they pulled many planes home to Japan, which was no longer a threat on the front lines. 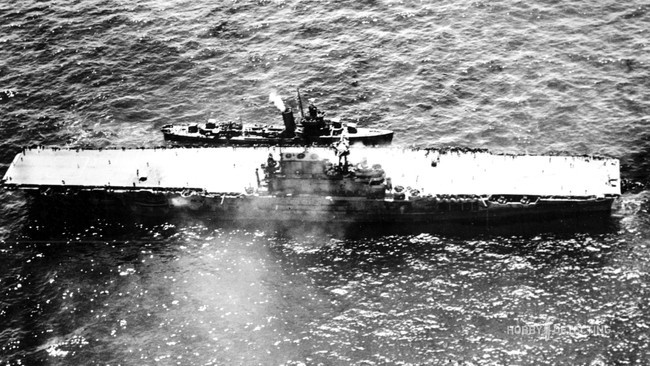 The American aircraft carrier USS “Hornet” after it was hit during a Japanese aircraft attack on October 26, 1942

Remains on the seabed

Although the aircraft carriers now have been found, there are no plans to raise them. Aside from the enormous problems of raising them, the tombs have official “war grave” status. The team behind R / V “Petrel” will also not publish precisely where the ships are so that others cannot plunder them for iron and other metals. 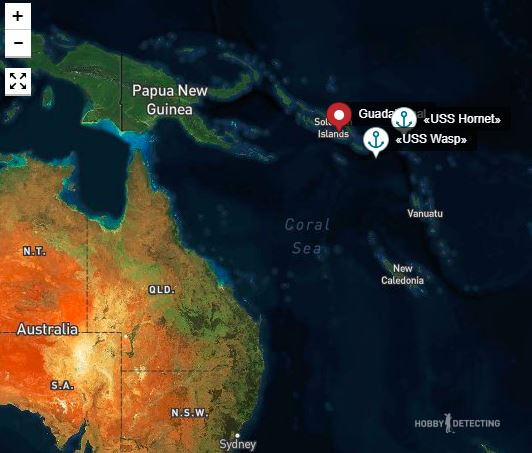 A number of other ships sunk in the Pacific and the Indian Ocean during the war have been damaged or destroyed by wreck plunderers. The remnants of the 316 dead from the USS ” Wasp” and USS “Hornet” should, therefore, remain in peace for the next years to come.