Here we have another quite interesting story sent to us by a digger. Enjoy!

My story is about the previous seasons. It is somehow romantic and somewhat mystical.

Back in 2006 we were fortunate to find the treasure. Our first real treasure! 1806 copper coins from Nicholas II, 9 kg of copper in a pot buried in the corner of the basement of the former manor. Classics of the genre. The history of this treasure has repeatedly been described in the journal “Antiquity and Antiquity” for the 2007-2008 year. With our youth and stupidity, we sold the treasure and bought wedding rings on the money. That’s what this story is going to be about. 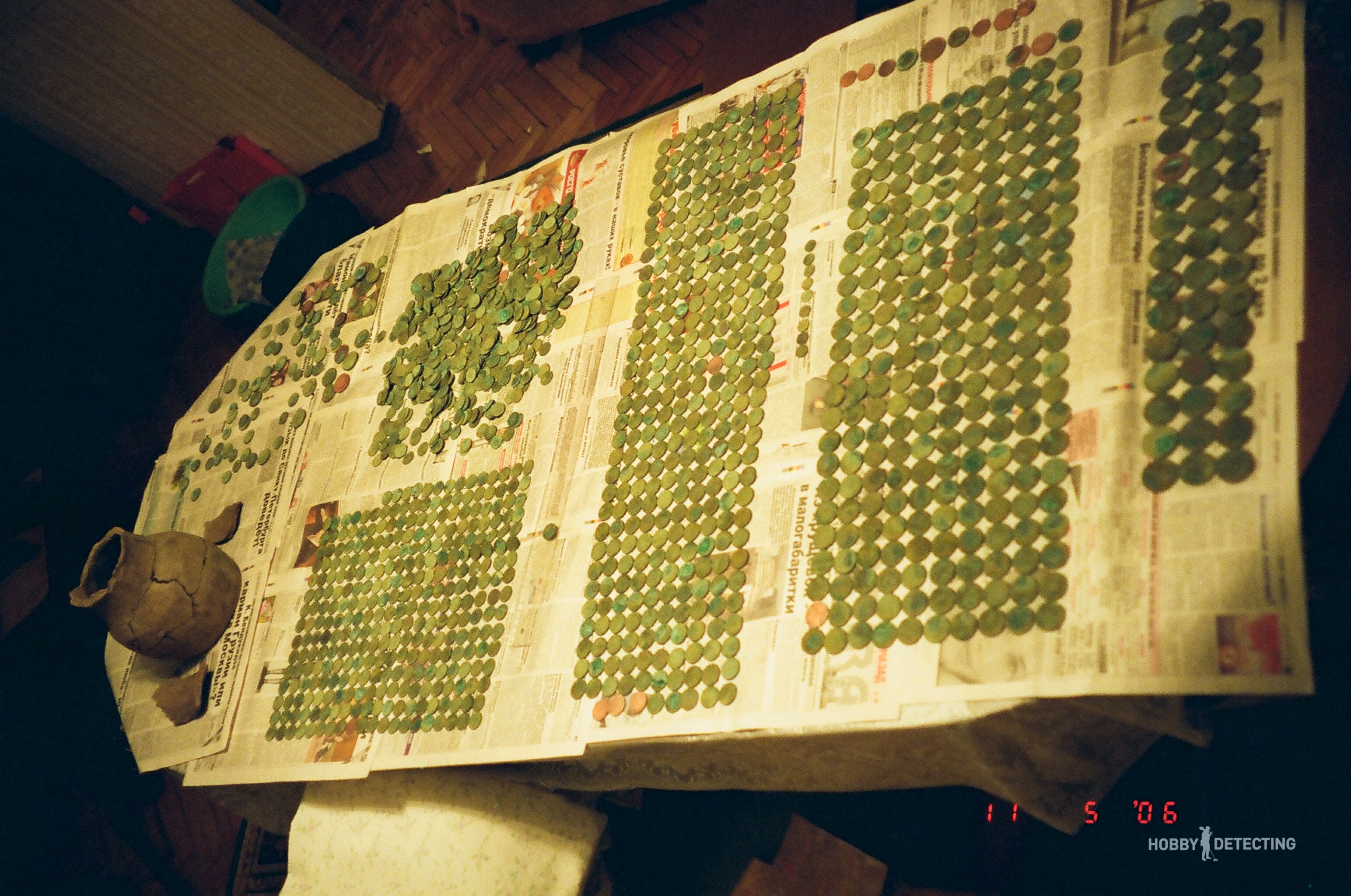 One summer day in 2010, my husband went to dig one field, not far from the house. He came back tired, not very happy, because he had few finds, and his friends found much. The Jealous eyes of his young wife saw that something was wrong, “You forgot the ring!”. The husband smiled and pulled out from under his clothes a chain with a cross, which he usually hangs his wedding ring on during detecting. The ring was gone! Sasha fumbled his pockets – no ring! He searched the whole car – no ring! 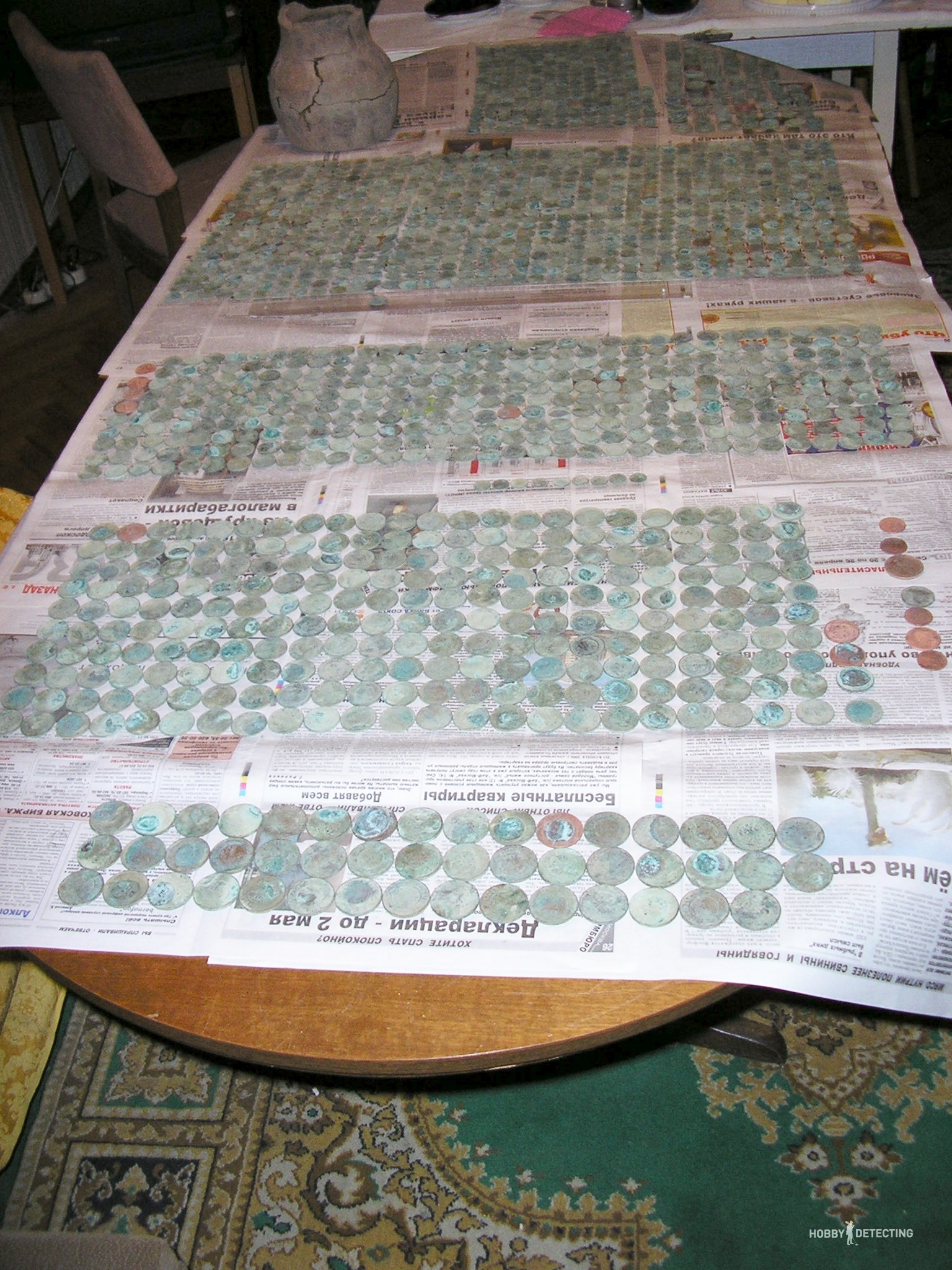 -Well, well, well. Look at me. If you don’t find the ring, I will get you a tattoo which says “MARRIED”!

-I probably slipped off the chain! Tomorrow I will go; I will look for it!

– Do you at least remember where you dug?

– Yes, I passed over the filed several times! Several times I moved from place to place!

The next day, we searched across the whole field. We searched all places, but no rings! It is easier to find a needle in a haystack!

We searched all day, and finally came to terms with the loss. We decided that when the money would be available – we would buy a new one.

Years went on as usual, a lot happened, several seasons went by, and brought interesting finds, and an unforgettable experience. Sometimes we remembered about the ring, joking about it, sighed, an planned about buying a new one. 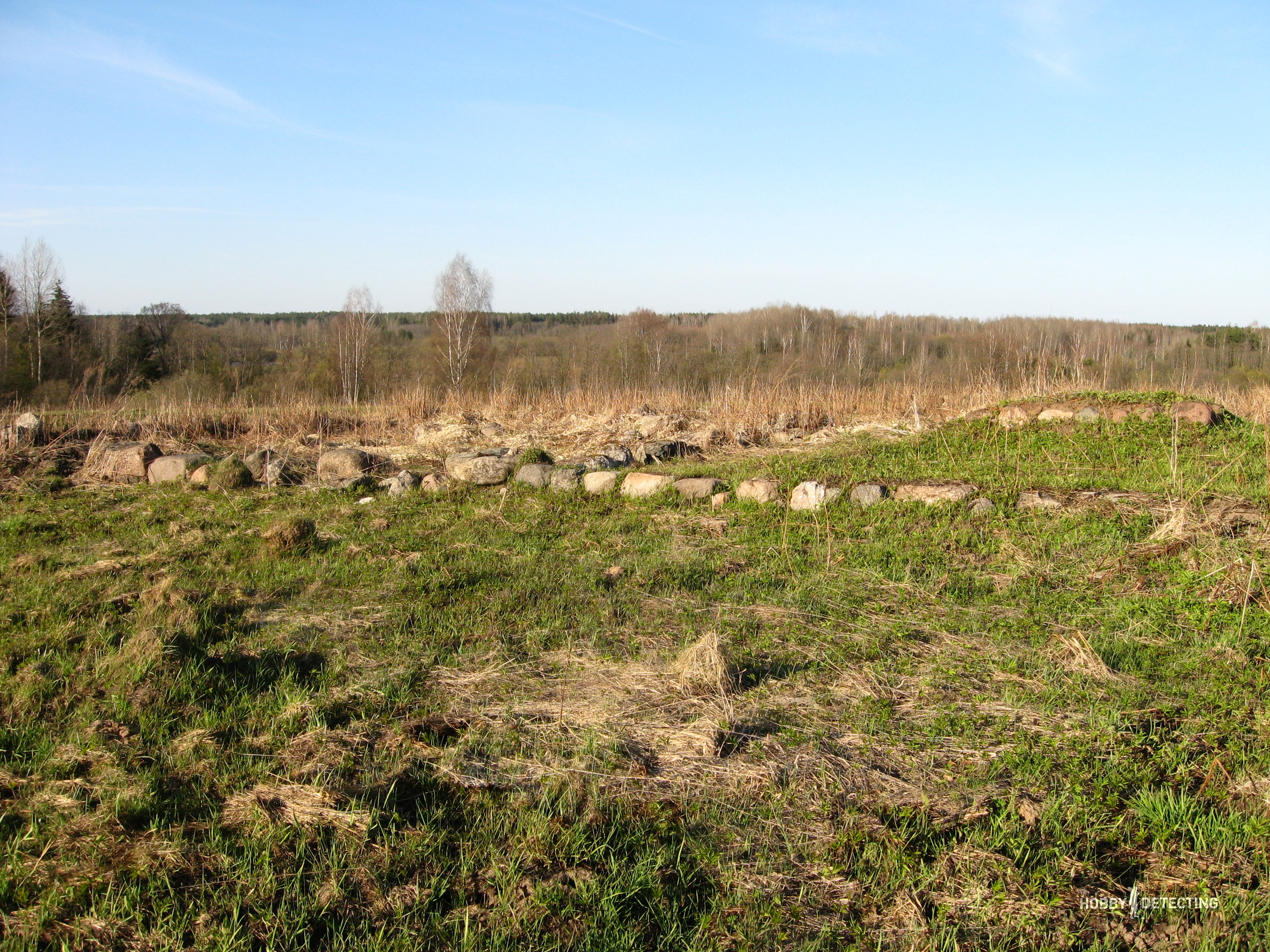 And so, in 2014, we dropped a few free days. We decided to go to the place where we found a treasure once. The landowner who lived here a century ago, was clearly no fool. The high banks of a river, a wide horizon, offering spectacular views of the fields and woods, buried in a moist haze of early-May. A hot summer you can plunge into the rapids of the river and then get out on the green sunny veranda, formed by the shore right in front of the house. Or in the shade of limes you can sit quietly with a fishing rod, looking at the wife with children leisurely strolling through the park. And in the fall, you can watch “the magnificent withering” of nature. So we thought, sadly surveying the ruins of the main house, greenhouses and even the foundation of a small house on the corner which we once found the treasure.

– Soon it will be 10 years since the treasure found two years later.

– Yes, and I that lost the ring … Remember, you wanted to build a house here?

With smiles we started detecting. Sasha immediately ran to the end of the linden alley. I walked quietly to the side of the well. I got a signal and began digging. I suddenly remembered that I wore two rings, and that I must take them off. I was thinking of where to put them. I look at the “finds” bag. It has a little side pocket which is closed with a zipper. I open the pocket to put my ring there, and in the pocket, I see …. a gold wedding ring! Silently I go over to my husband.

– Give me your right hand!

Sasha silently reaches out, and I put the ring on his finger, which fits perfectly.

– Yes, it lay in the finds-bag, in the side pocket.

– And where did you get the bag from?

– I just took it without looking, it hung on a hanger under the jacket.

-What a coincidence! And on the same site where we found the treasure! 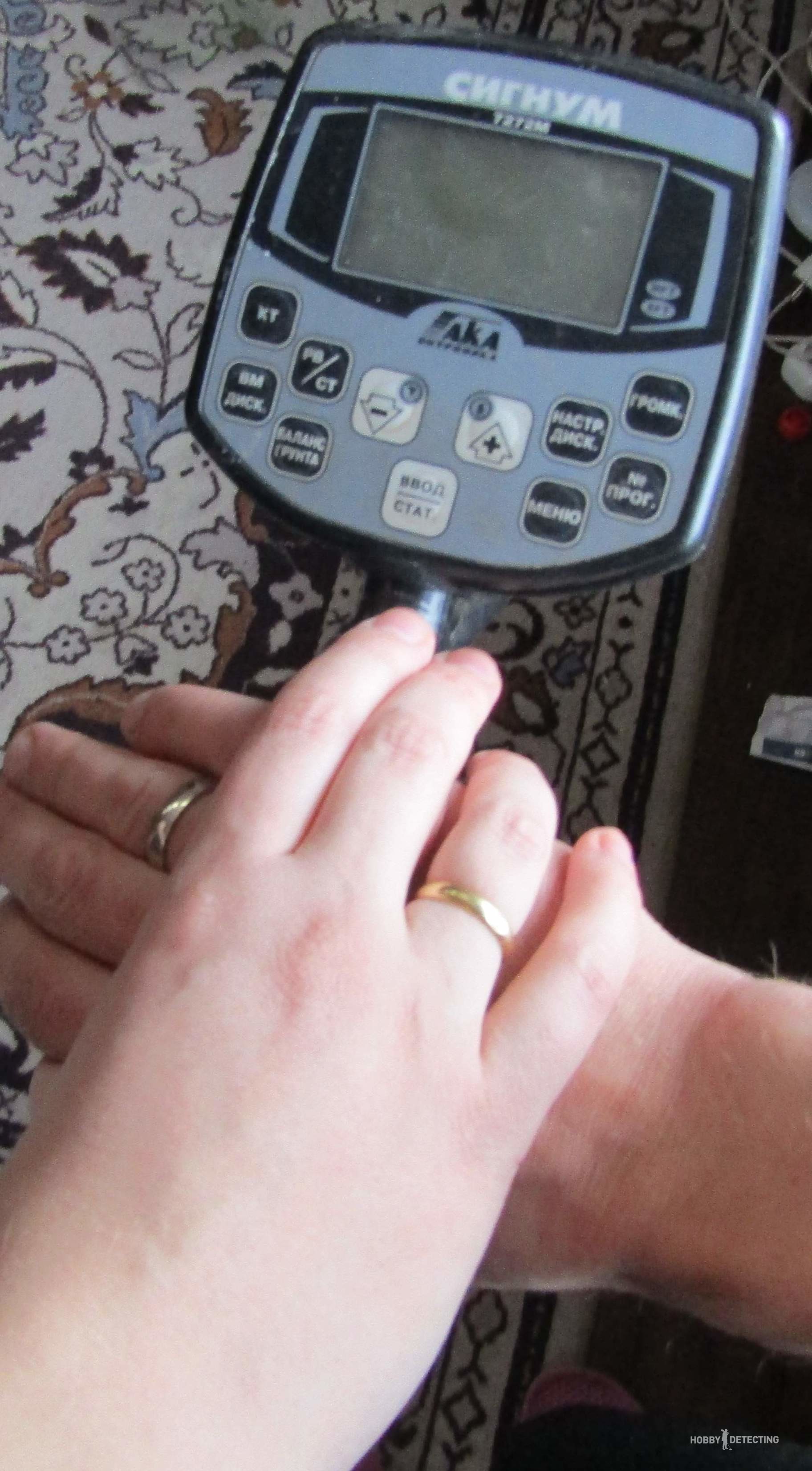 Laughing, we went to our own pit. How ironic fate can be! The ring was “found” on the very spot where the treasure was found, which we used the money from to buy the ring. The circle was closed. And what lies ahead of us?

PS We are still surprised and wondered how such a thing could happen. Sasha does not use bags, he prefers a vest. We have 5-6 bags all over the place, so it still was a real coincidence.

Sent to us by Maria T.