The first trip with the Fisher F75 (+photos) 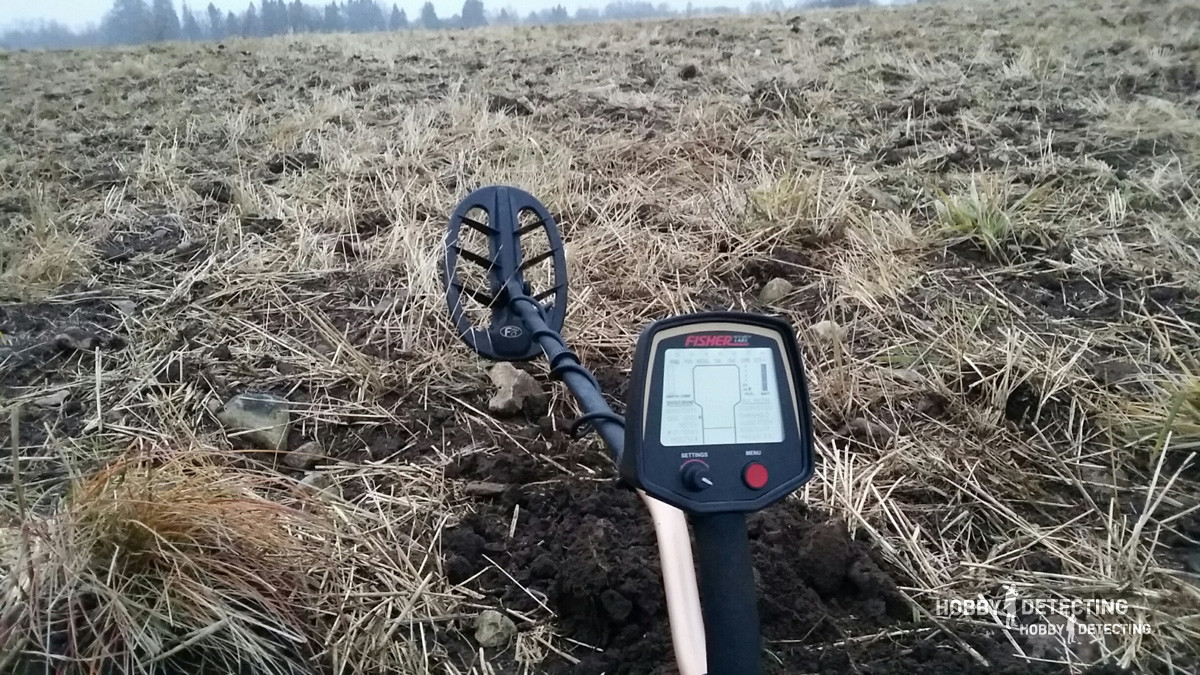 A couple of weeks ago we had a rise in temperature, and it turned out to be a great time! I had no trouble finding a place to go detecting, so i went with a friend to a field near an ancient village. This place never ceases to please us with the amazing finds. It is always nice to know that the place ensures interesting signals before going there.

As for the settings, i turned the sensitivity almost to the maximum – 97. At the same time, to not get false signals from the detector, i set the discrimination level to 5 (DISC LEVEL), with four tones. I do not want to judge for how long this combination of settings is ideal, but for now it worked.

Some people believe that when you walk through artifacts or coins in old fields, it is necessary to remove the zero discrimination, to hear absolutely every signal, and then decide whether or not to dig. The idea is of ​​course reasonable, but for the first time you want a little simplicity and not to dig all the nails.?

The first signal was a strange-shaped button. The button itself was made of copper, but a loop in the center seems to have been made of iron. A strange thing. Here is it pictured below: 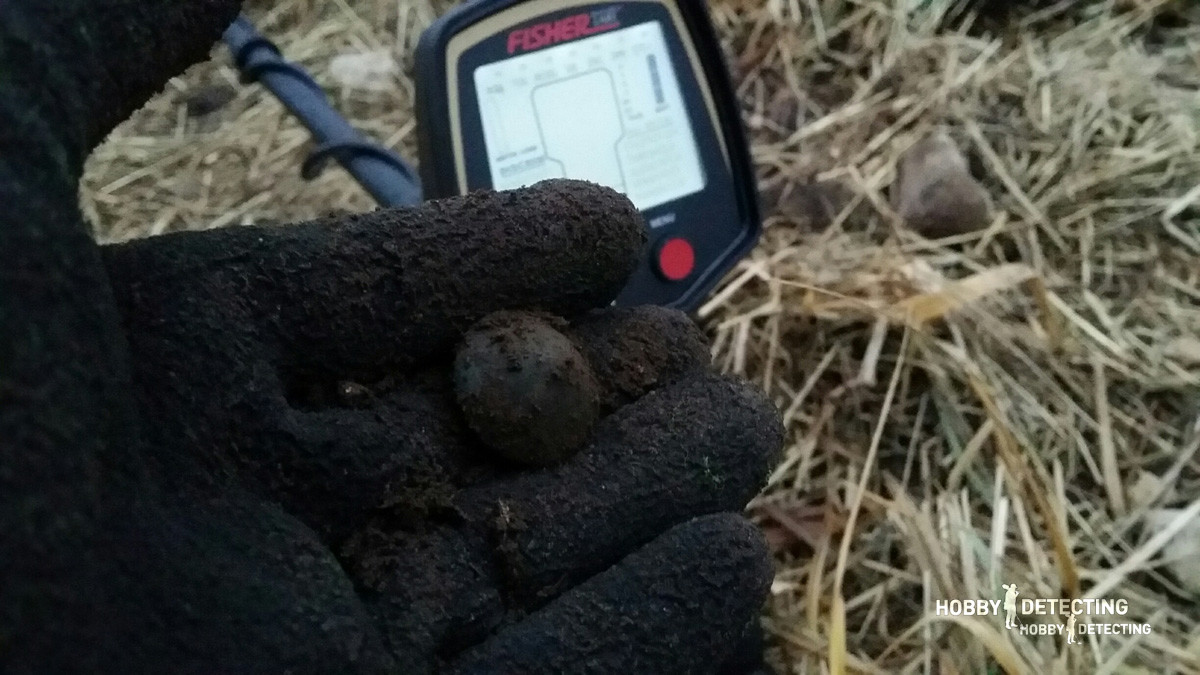 Then i got a really strong signal. It turned out to be 2 Kopecks from the Russian Empire. A nice find;) 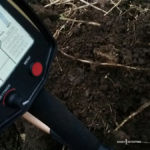 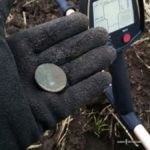 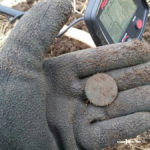 The Fisher seems to have a pretty good separation. As it turned out later, very close to the right of the coin there was some garbage iron signal.

From what did not like – four tones was kind of hard. It was difficult to listen to the detector. It is best to start with two or three tones. At four, I became confused, and i probably missed something.

As a result, for a couple of hours walking i found three coins, and even a couple of strange objects. The final result you can see below: 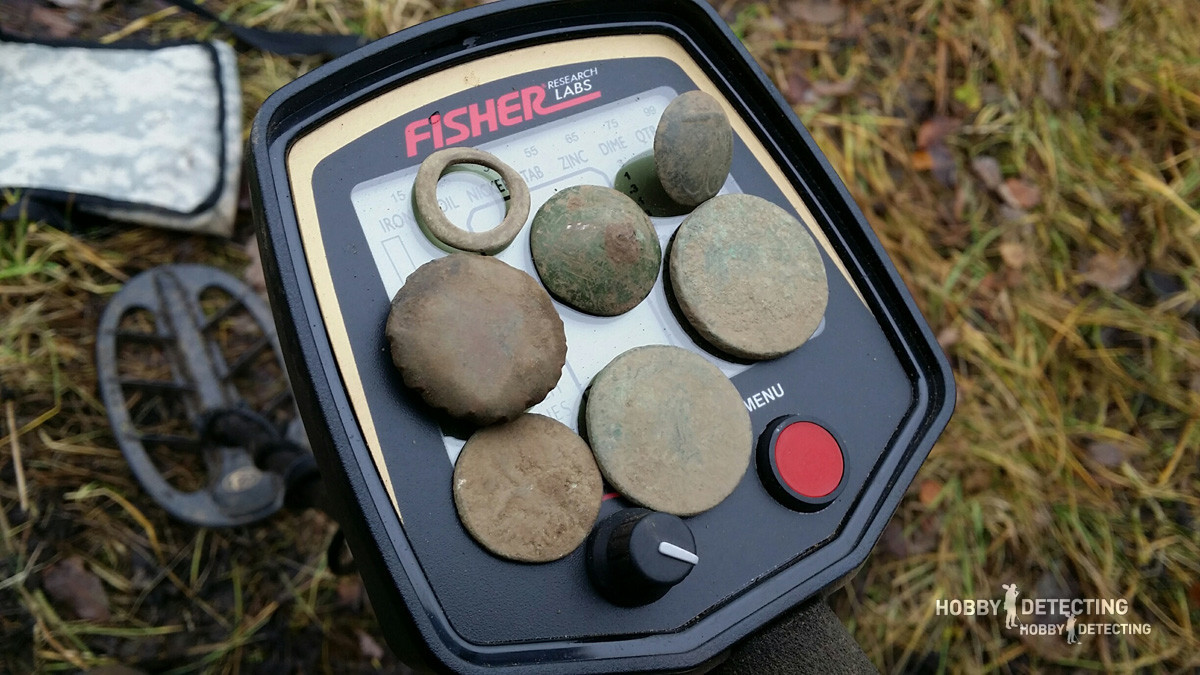 Already at home i used some time to clean the coins. As a result, i managed to remove a thick layer of patina. As I expected – two kopecks from Catherine dated 1763, two kopecks from Elizabeth 17 (the year was not visible) and a coin from 1734. 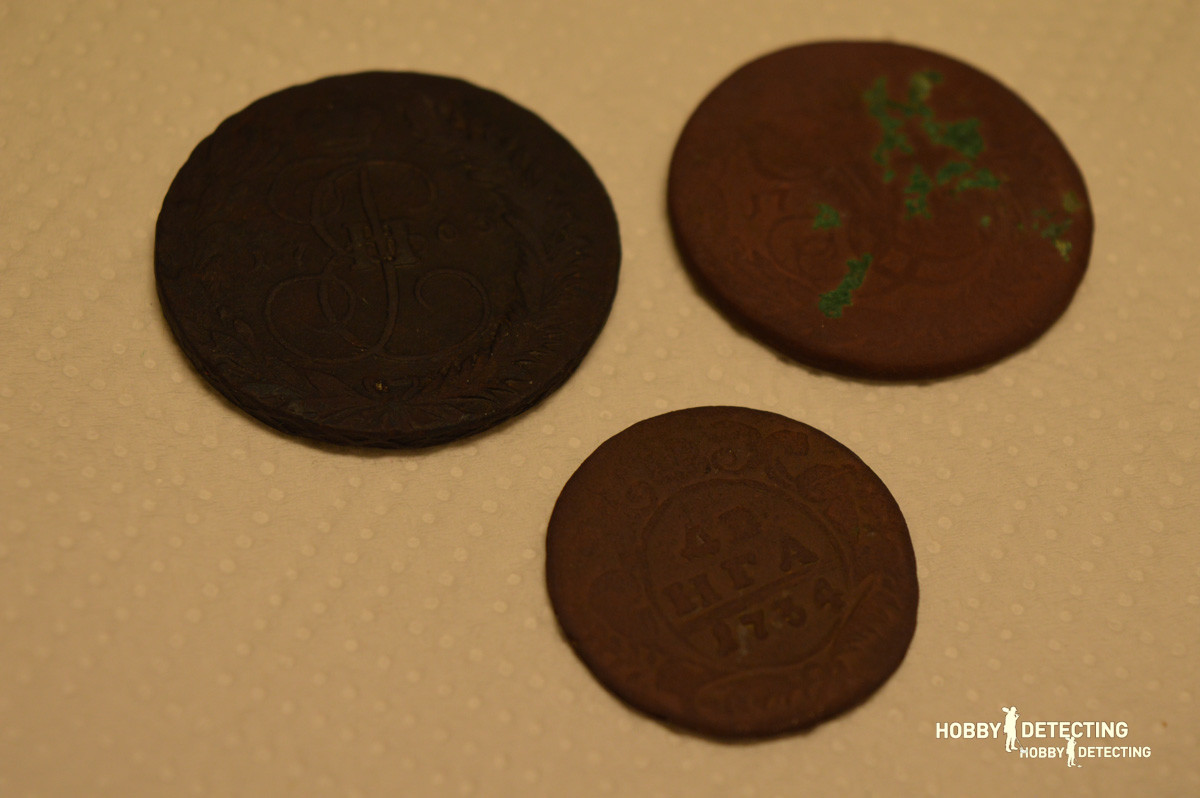 All information about Fisher F75 device I gather here.