We have received an interesting story about a metal detecting trip, which was sent to us by the fellow detectorist Sergey, Enjoy!

I Woke up early one morning and something told me that it would be a good day! And it is because of this feeling, I gathered all my things (to detect) and folded them into the car. 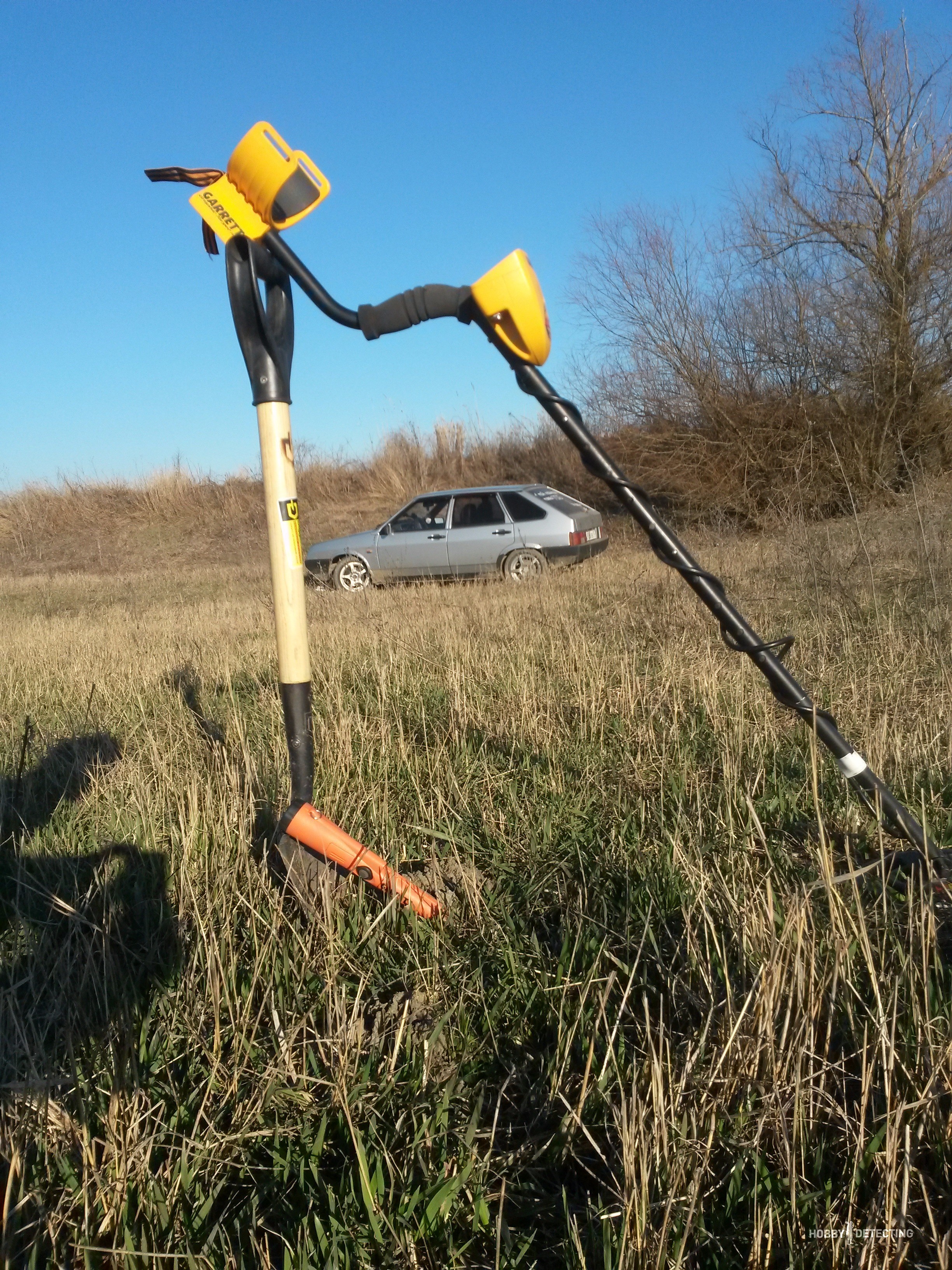 I went to the place where there previously had been a village. Arriving at the place, I took all my things, locked the car, and moved towards the site.

It was a warm day in May. The sun shone brightly and it was hiding behind clouds, then came out. It was just a beautiful day for detecting! Moving away to a sufficient distance from the car, I started the search. I found some small metal debris. I Also found a couple of coins from the USSR, and one imperial coin. Once again I heard the cherished sound of something found under the coil, and I started to dig it. 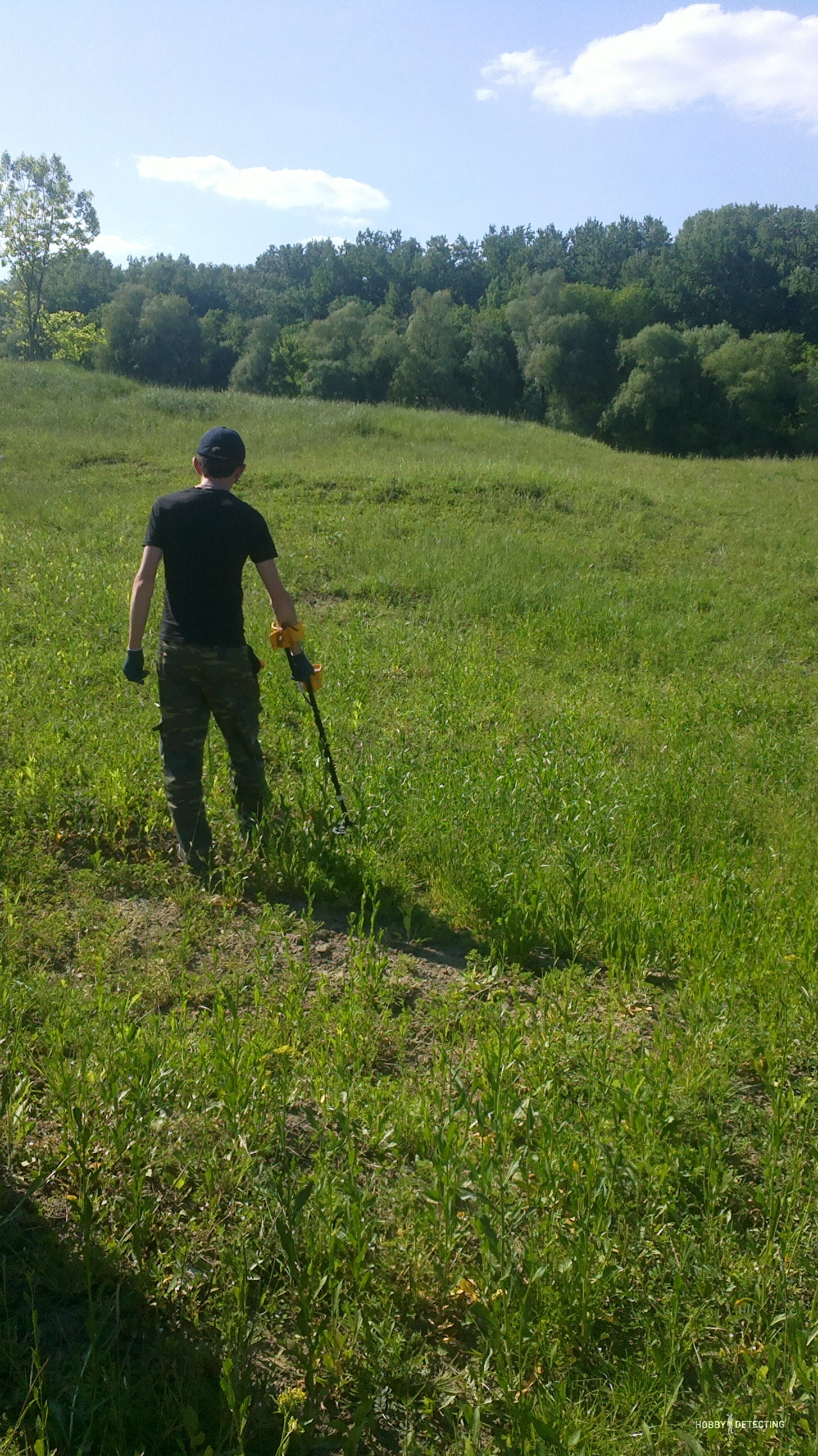 A little digging and shaking off the earth, I saw that it was a small wooden box with a metal lock. As soon as my hand touched it, before me appeared the ghostly image of a girl. “When you found it, you woke me up. And now you must help me find peace” said her icy voice.

My head spun, my vision blurred and I fell unconscious. I woke up from something crawling on my arm. Opening my eyes, I saw that it was a huge fat caterpillar. With a motion of my hand, I brushed it away. Then I sat down and began to look around.

I was sitting under a pine tree in the woods. I felt a little uncomfortable. I heard someone crying near me. Standing up, staggering, I went for the sound. I went out to a little girl, who was sitting on a stump. She sat up and wiped the tears with a handkerchief. Seeing me, she was scared. She Froze. Don’t be afraid, I began to speak to her. — I won’t hurt you. I want to help you. What happened? — I asked, stepping closer to her. The girl no longer seemed so scared. I was lost, walking in the woods, she said in a thin childish voice. — And you know the way back? “I know,” she wiped her tears with a handkerchief, sniff. But I’m not going. I’m scared. — I’ll go with you. Come on, I helped her to climb up. The girl smiled and led me towards her house.

We walked and talked. We talked about different things. And suddenly I know that now was the year 1868. Cold sweat ran all over my body………. I also learned that girl’s name was Alevtina. She is a very kind and cheerful. All the time told me about the family of hedgehogs living in their house under a Bush of raspberry. And she promised to show them to me. Meanwhile it was getting dark.

I heard the howling of wolves in the distance, then very close. Alevtina was very afraid and asked to climb a tree and spend the night there. But it was too late. Suddenly one of the wolves appeared. Really, in the distance were seen the lights of the huts. We ran forward as fast as we could.

While we ran, I listened to the sounds. I heard no-one chasing us. That’s good. We reached the entrance to the village. We ran a little further and there catching our breath, went to the house of Alevtina. It was very close. The house was no different from all the houses that were in the village: the same wood and with the pipe from the stove. The shutters were closed, but, notwithstanding this, we could see the light from the candles lit in the house.

I knocked on the door. I heard footsteps and the door creaked opened. Before us stood a tall man, with a broad face, bright eyes and dark, tanned skin. He was dressed in a white shirt, belted waistband, the pants and sandals on his feet. — Dad! — gleefully shouted Alevtina and rushed to him. The Father looked sternly at her, but smiled. Alevtina told him what happened, and who I am. Tikhon Stepanovich (that was the name of her father) approvingly looked at me and offered me to spend the night with them. I agreed. It was already a deep dark night.

Me and Tikhon Stepanovich was sitting at the table, talking.
“Tikhon Stepanovich, why was Alevtina alone in the woods?”
“She is a good girl, and smart. Smart. But at night she brings home with her all kinds of strange people!”
He said and abruptly swung a knife at me, which he did so fast I could not understand anything yet. By surprise, I fell and began to crawl back to find something, to use to fight back. But I found nothing and I had no more time to look. The last thing I saw was the evil eyes Tikhon Stepanovich. My head spun and I lost consciousness.

I woke up at home. Opening my eyes, at first didn’t believe me that I was home! I began to examine myself, but I had not a single scratch. I was unharmed. It made me very happy!

I began to look around my room, and I found the small wooden box, which was dug by me yesterday. Getting up and going to the window, I started fear that again something might happen. But still, the curiosity got me and I decided to open it. This time, the lock opened without any problem. The lid of the trunk opened and I saw that there was a pair of silver rings and a cross with a crucifix in it. I took them in my hands and examined them.

I also noticed that at the bottom there was a small piece of paper. Taking it and unfolding it, I read: 《From Alevtina, thanks for the help》. And I smiled. I understood that this was my reward. It must have been the most valuable things of this girl. I saved her life, and she had rewarded me with the most expensive thing she had. It is a good feeling to know that you could help someone. Thank you all for your attention. And let your life always be filled with someone who at any moment will come for you to help.

Thank you, Sergey, for sharing this interesting story! Want to read more diggers stories? We have them all here!