Every detectorist has a story where he has detected on land which he thought was empty, but still found a good find. It is always pleasant – a find among the earlier finds.

But I’m not interested in the very fact of the pleasant find, but rather the answer to the question: how did it get there? How could you miss a valuable object? The answers to this question can be many and each has its own. Well, I’ll now tell the story, how not long ago, after returning from detecting, I almost sent a medallion from the times of Kievan Rus to the dump.

I have a place that only I trample with a metal detector (I hope so). There I found coins from different historical periods. The place is arable, so I detect it in autumn, when the harvest is removed.

Detecting there has to be done after sunset, so some kind of flashlight is necessary. I have tried to dig in the dark – without a flashlight it is not so fun, trust me. I use both hands, so the flashlight MUST be on pinpointer. It’s a pity that the Mars Pointer does not have one, so you have to invent something else. Fortunately, the metal detector Makro Racer has one on the back of the control unit; a built-in flashlight. This tiny LED helps a digger in the pitch darkness very much. 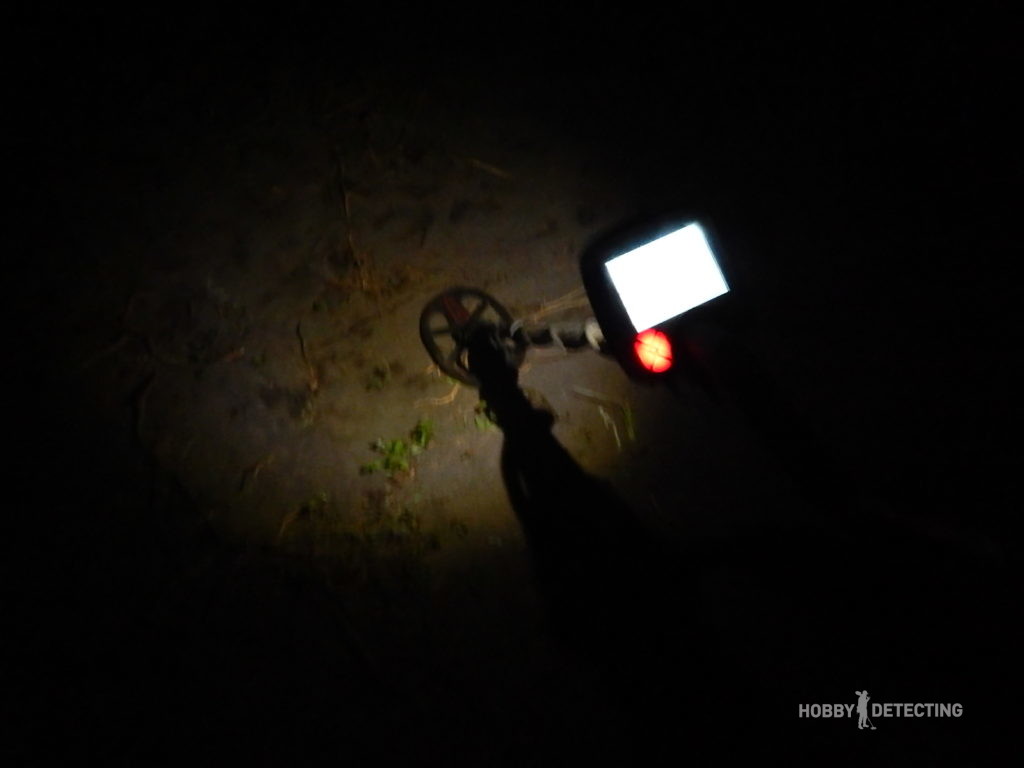 The sun disappeared behind the horizon, and soon came a quiet night. I also turned on the flashlight and the backlight of the screen on a Turkish metal detector, methodically bypassing the recently cleaned site. I found only aluminum wire and that’s it! I was a little disappointed. Where are the coins, where is the medieval bronze? Previously, this site was cleaned by the Nel Hunter coil at 10kHz, and now I’m detecting an unfamiliar detector – maybe this is the reason …

And suddenly, at the very edge of my search site, i got a clear color signal, I found some kind of grey circle on which one can see an incomprehensible picture on one side. 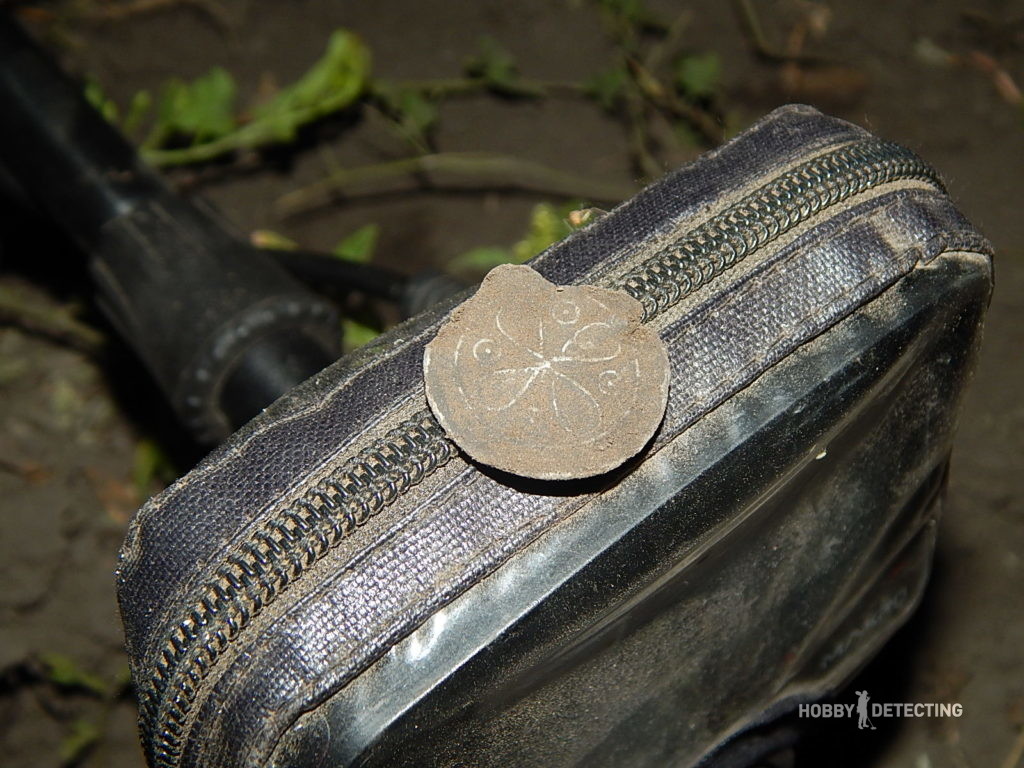 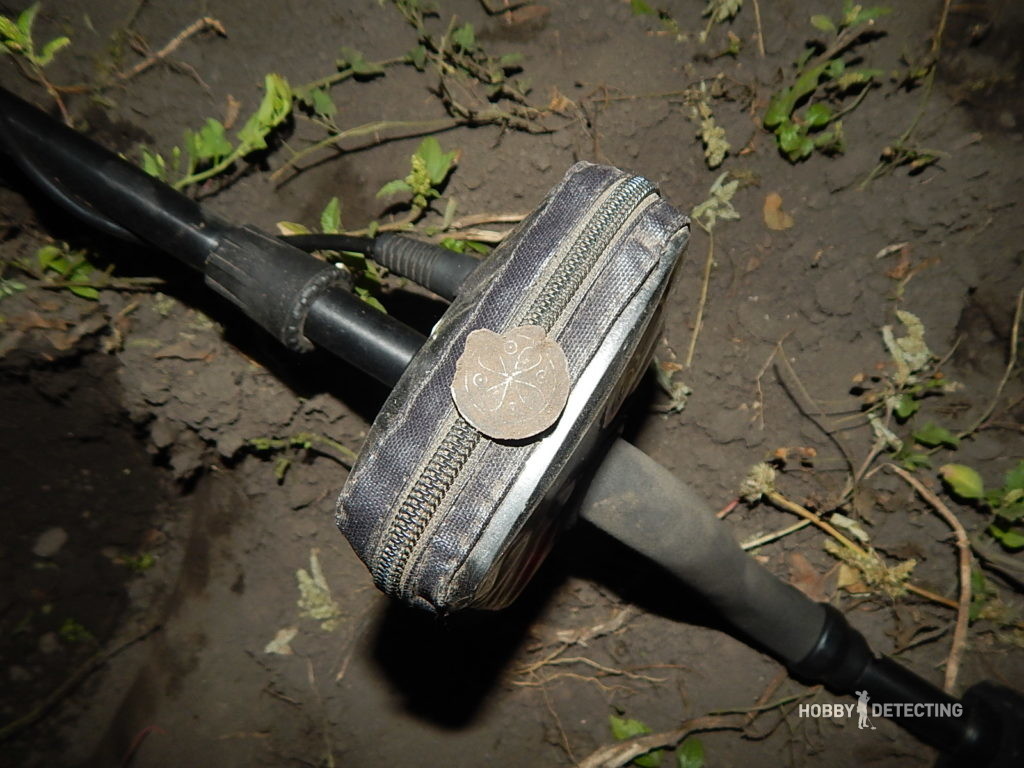 Grey metal is always lead (I thought so). Taking this find in my hand and trying to bend it, I became convinced of the plasticity of the metal. Probably some costume jewelry, i thought.

With that I returned home. True, there was another find – an old coin from the USSR, but the state of this coin turned out to be such that it will fit  only on the washer (detail).

At home I washed my find well, and the state was not so good. 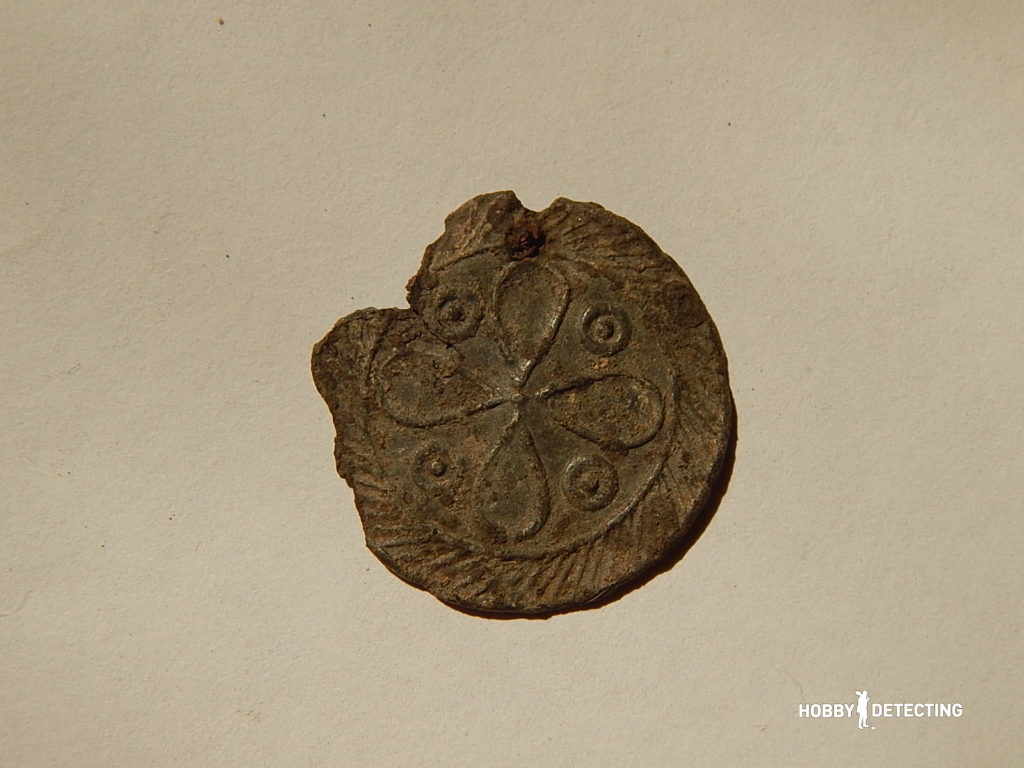 But, just in case, decided to check Google for this medallion.

How I was surprised when i saw a very similar one was once auctioned as an artifact from the times of the Kievan Rus: 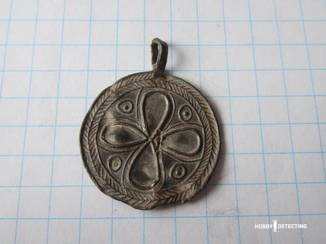 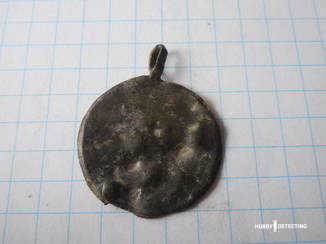 After searching the internet for a bit more, I found the prototype of this medallion. This amulet turned out to be attributed to the Vikings of the 10th century: 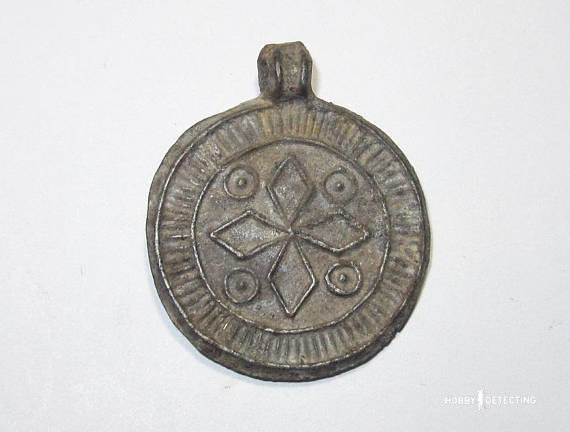 As you can see, the style and even the metal is very similar.

I will assume that my medallion is 800 years old (plus minus 50). In dating the find, I base myself on other finds from that place.

To whom it may be interesting: I will give a little information about what is depicted on my find.

The cross in the circle (№ 13-24). This ancient sign, embodying the idea of ​​the inseparable connection of the heaven (sun) and earthly fire, then – the ubiquitous ideogram of the sun. Sometimes such a cross is modified into a four-petaled flower (# 20).

My version of the image on the medallion is located at number 20 (indicated by a circle).

It is really an interesting artifact, because by banal ignorance, I almost sent it to remelting. Be careful!

More about the Kievan Rus you can find here!