Lee R, an amateur detectorist recently made an amazing find. When he was out detecting with his “ebay metal detector” as he called it, he found a very rare ring, estimated to be worth over 22 000 euros! 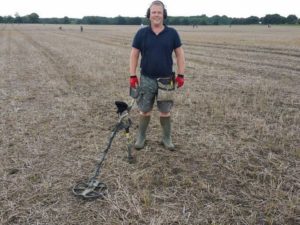 The detectorist had only started detecting one and a half year ago, when he decided to buy a basic detector from the site ebay. He then joined a detecting club, and found the ring on one of their trips. The ring was found in Yorkshire, England.

The ring he found is a 15th century gold ring, and it is confirmed to contain 80 % gold, and the stones in the ring are emeralds and rubies. What a lucky man! 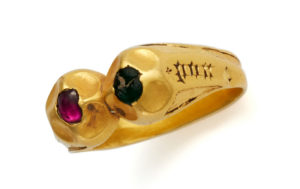 He tells that when he first picked up the ring, he almost threw it away, as he thought it was a “fake” jewellery ring. Im sure he is now happy that he did not! The ring was sold on an auction, but the price remains a secret. He intends to split the cash with the landowner.