I decided to add this article to the previous story about digging with the Macro Racer 2 and the Nel Tornado coil.
This time the three of us went to a field where I had found a fibula before, and bronze from the times of Kievan Rus. 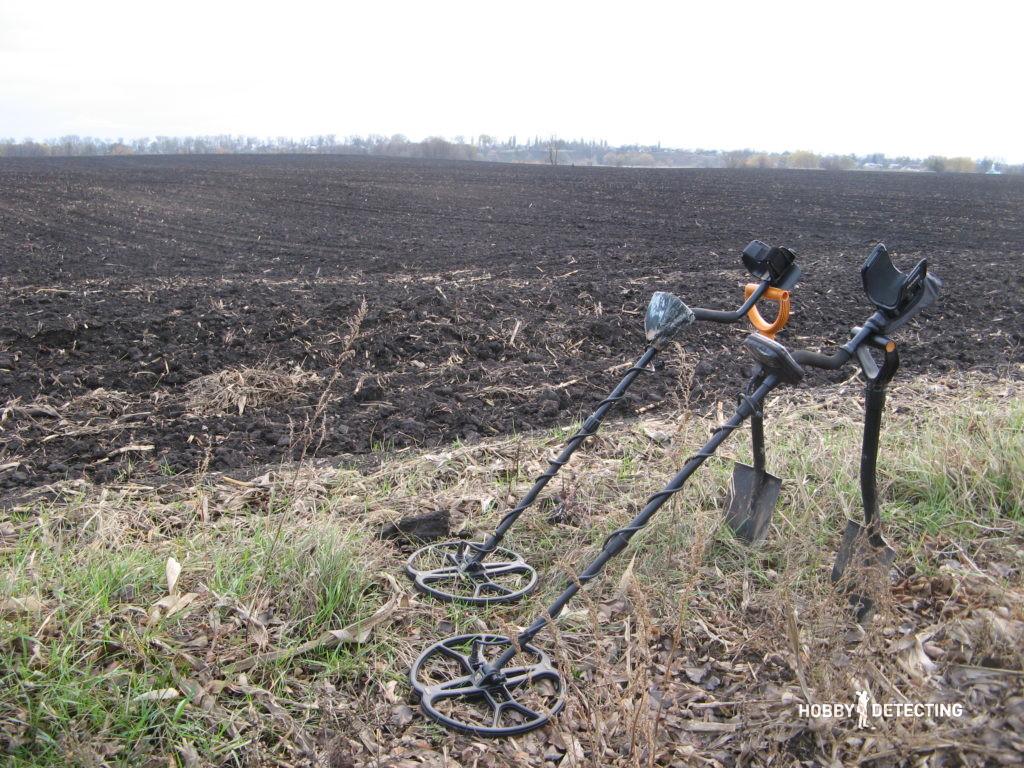 Objects from the late, as well as early Middle Ages, can also be found here. And this time I did not find anything from the times of the Soviet Union, but I found an interesting key from the Cossack times. 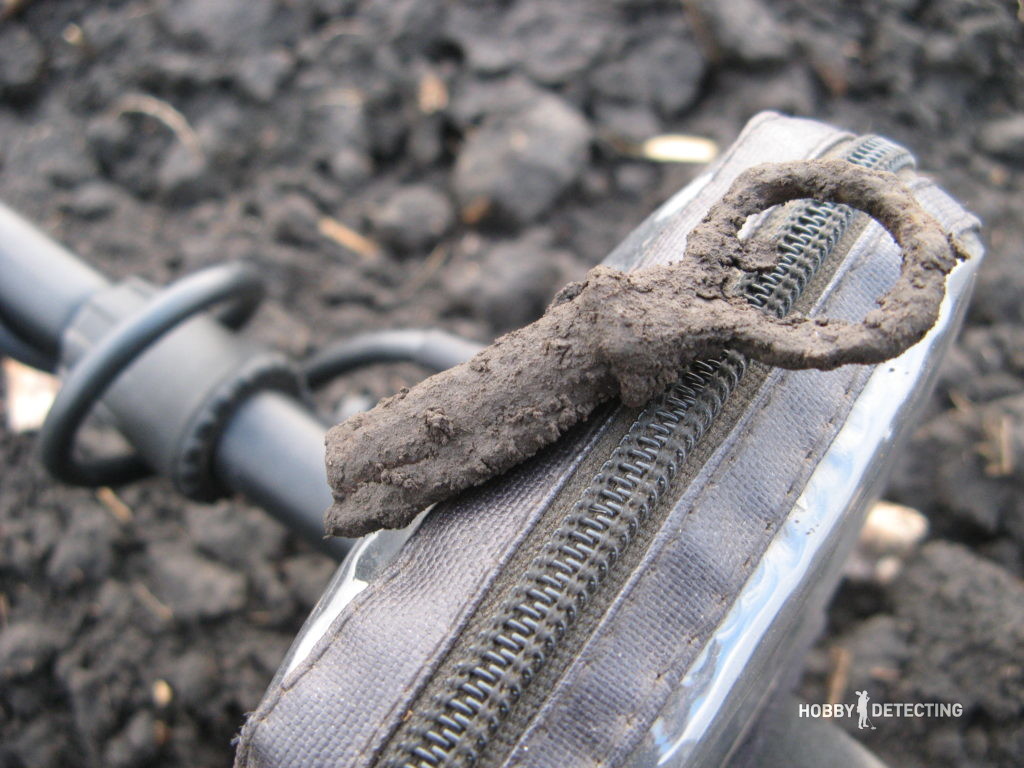 But the most interesting find was waiting for me on the slope, where I found a round-end cross from the times of the KR the last time. 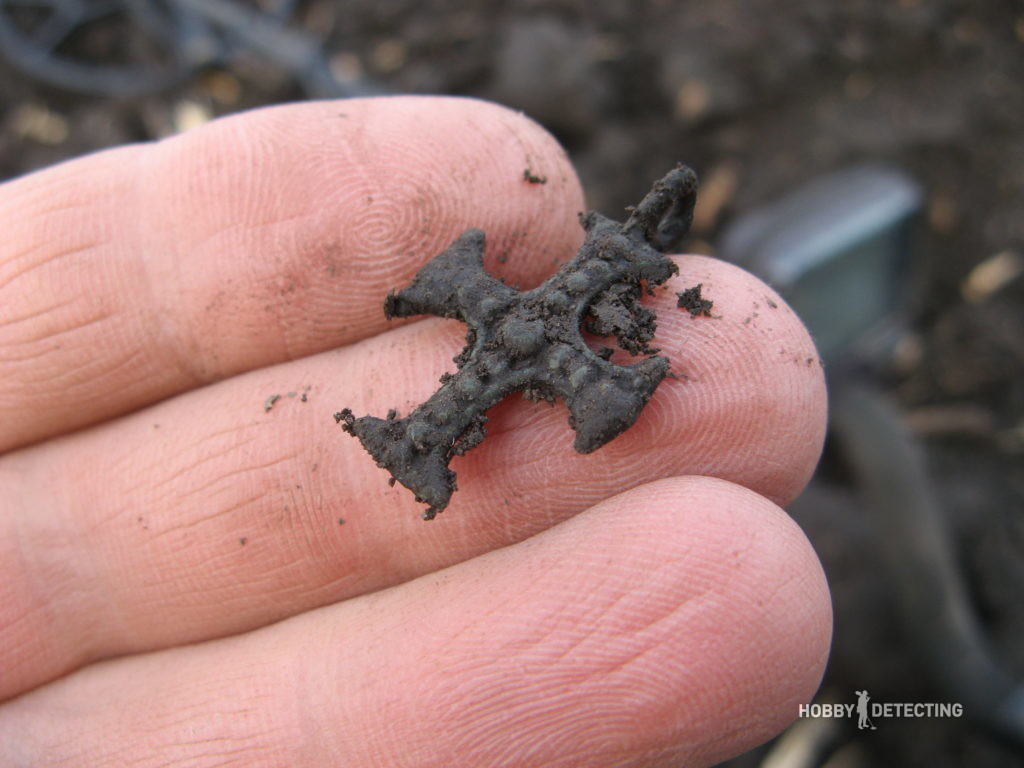 Such an old thing cheered me up and I rushed to dig with renewed strength. But, I did not find anything else there.
This field does not only contain ancient artifacts but also WW2 mortar bombs. 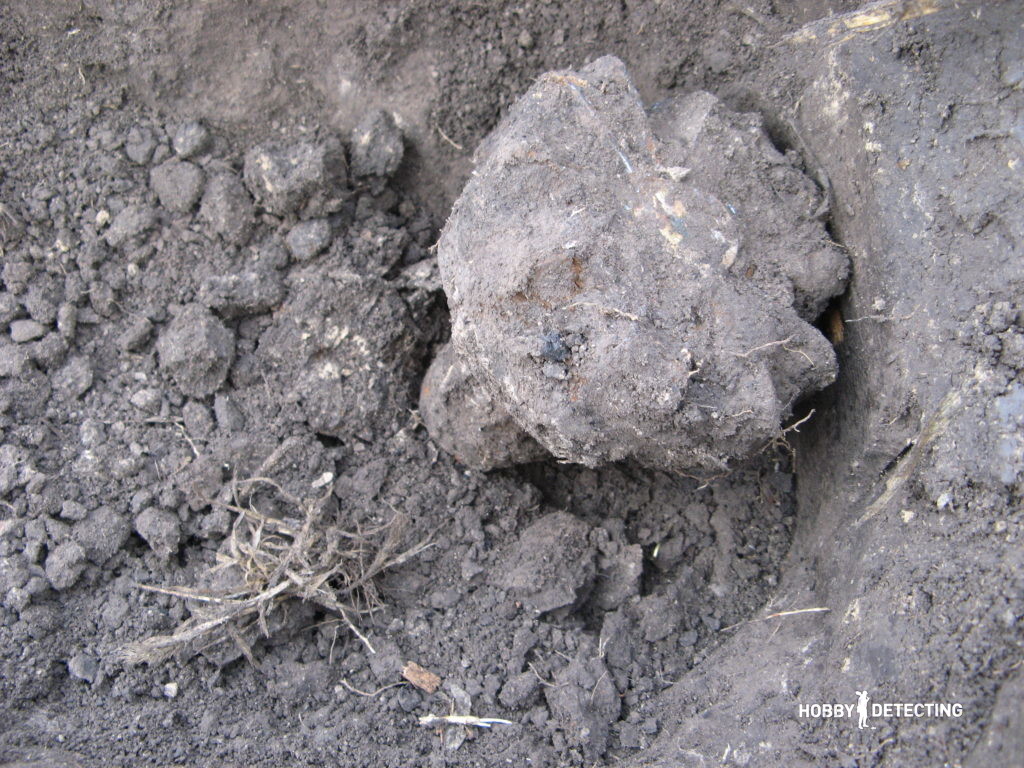 The Makro Racer 2 saw this piece of iron with a brass capsule at a depth of about 2 shovel blades. This find is not fun to find, even to think of it is terrible – what if  I had hit it with the whole shovel.
But, I left the field after all in a good mood – my last good signal was a ring. 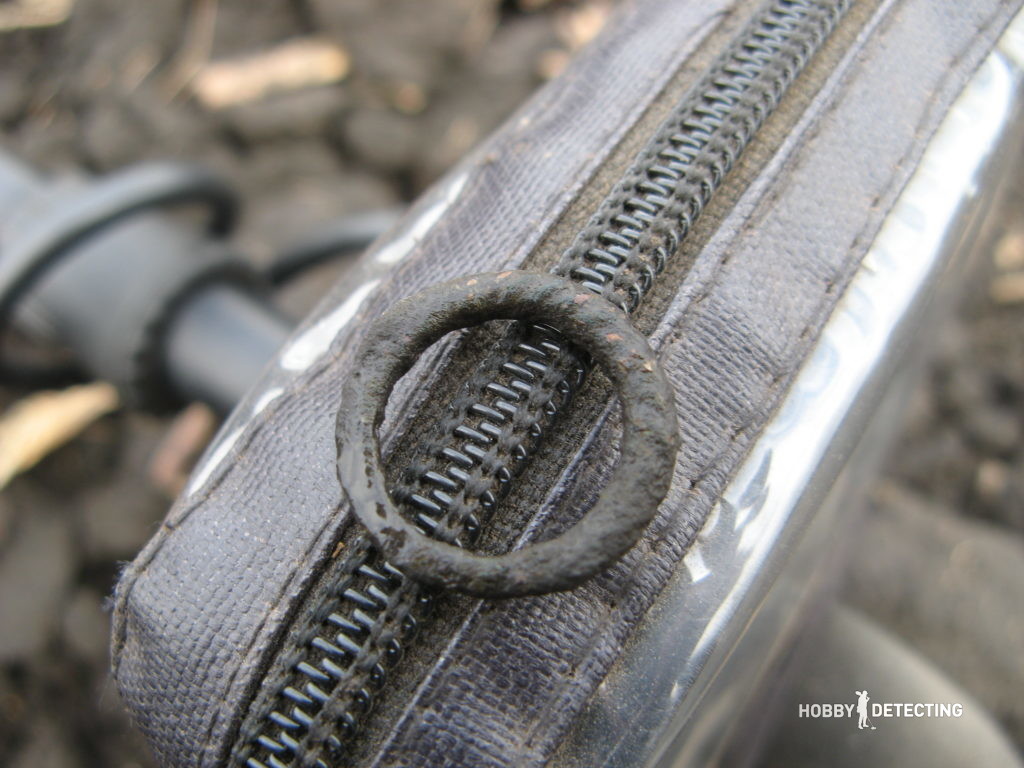 Yes, the condition is not the best, but the find is good. A friend argued that this was not a maiden’s ring (the size is small), but part of a decoration. I would not argue – it’s still an old find.
Initially, in the last post, I mentioned the cultures that lived in this place. But, now I can safely add one more, who lived here before the Romans: The Scythians. 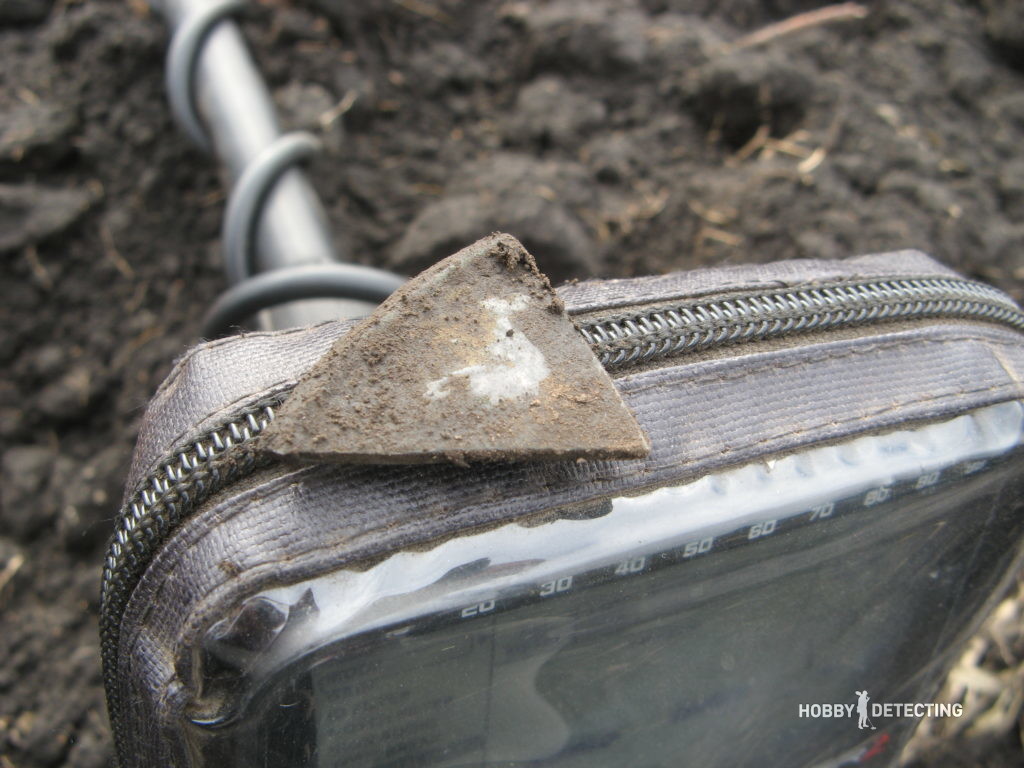 This find is a part of a Scythian mirror.

This time the field was trampled by three metal detectors: The Garrett ACE 350, Garrett ACE 300i with Nel Tornado Coil, and the Makro Racer 2 with the Nel Tornado Coil. The result was almost the same for us – I can not say that someone was more fortunate, and someone less.