I have some fellow detectorists that I know, who do not like big coils. But there are also those who do not use small and even medium coils. I for myself could not decide in any way: what coils are better, bigger or smaller ones? With experience and the accumulation of different search coils on my metal detectors, I realized that a greater effect you get by using all of the alternations, rather than the use of just one.

One of the well-known manufacturers of coils for metal detectors, which has a large model range, is the company NEL. I use my Berkut 5 quite often (which is very effectively) and the smallest coil – Nel Sharp 5″. 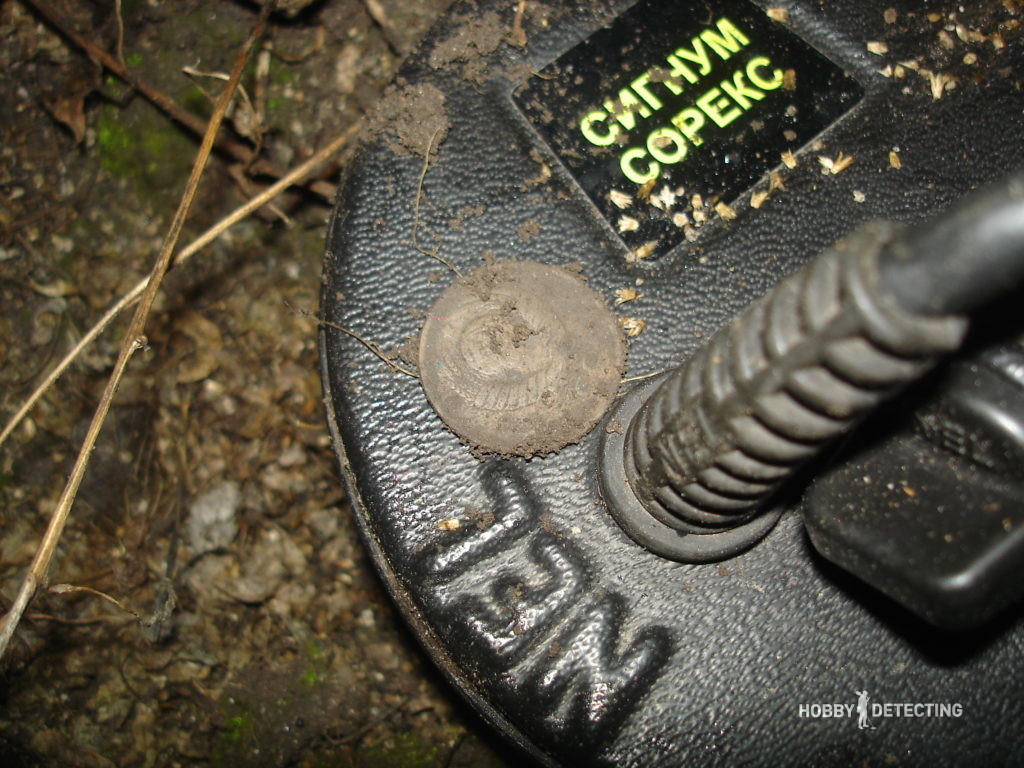 And somehow, I got an advertisement about the sale of their biggest coil – Nel Big 15×17 for the metal detectors of the Garrett series ACE. And why not buy it I thought, because it will be interesting!

Buying a large coil, I wanted to answer a lot of questions about it:

As you can see, it was not possible to buy Nel Big for the Ace.

In this article, I will try to answer all these questions and the most intriguing will be this: “what happened to the Nel Big coil?” Because I no longer have it. 😉

At the post office, having received not a small cardboard box, I went home to look at its contents. Yes, I did not do it right away, because I forgot to immediately inspect my purchase, as the saying goes “without departing from the ticket office.”

The first impression from Nel Big was neutral positive because the size of the coil did not seem huge – a little more than fifteen inches, that’s all. At first glance, the Nel Big is just a little wider, which should not cause any problems in use.

I carefully inspected the purchase. Protection without cracks and chips, the seal, and the connector are intact, the wire is undamaged. Only after a few years, you can say with complete certainty how much the product is quality. After inspecting the used Big, I personally convinced myself of the quality of Nel products. Yes, the coil is made of excellent (not cheap) materials, but! Another field test is needed, which will show the technical level of the Nel after a few (3 – 4) years of use.

It is normally impossible to check the coil in the apartment – because of the mass of electrical interference, and the metal detector begins to go crazy. But, even in such conditions, it was evident that with my purchase you can safely go detecting.

20 kilometers away from the city, there is a place where I had found some imperial copper and medieval silver.

It was on this field that I was luckier than anyone else. There were cases when my friends went there and did not bring a single coin back. So, this year, they drove there for an hour, wandered there in three metal detectors and did not find anything, and left. And then they told me that the field was emptied and there was nothing there. 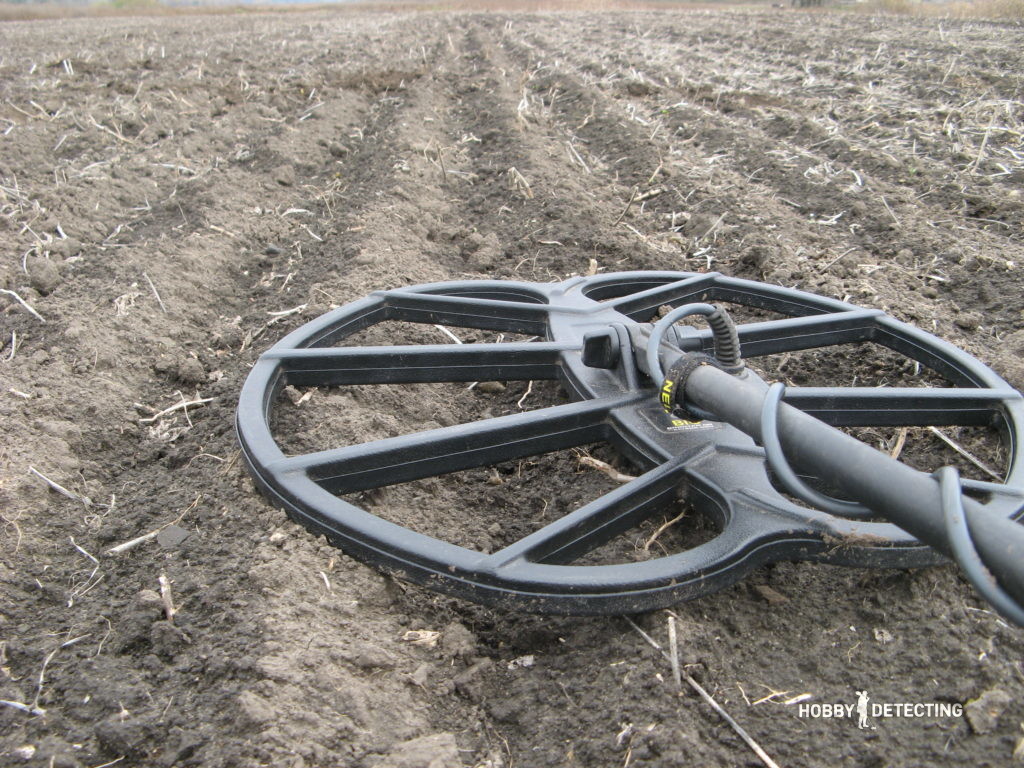 It would be better if it were plowed – then there would be much more finds. But, despite this, I still decided to run there with a big coil, hoping for a good find.

I entered the field, turned on the ACE 300i, set the sensitivity to maximum and froze. The metal detector did not make a single sound. I wiped the device with silence. I checked it with a shovel – the detector reacted. How so?! How can a big coil be so quiet?? Well, let’s start the detecting. 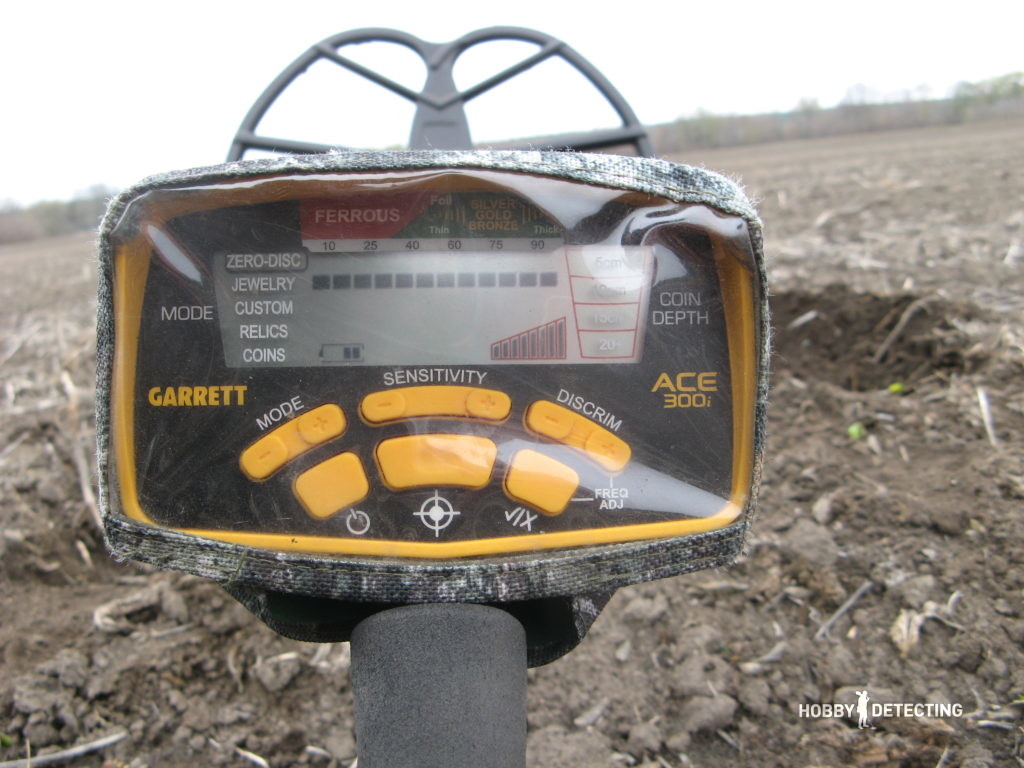 To admit, working with Nel Big 15×17 on a flat floor, I only got pleasure. For one sweep the coil covered a large area, from which it went with a wide step. I liked it so! The bar in hand felt confident, and I walked over more and more area, spending a minimum of time.

The responses from good targets were confident and clear. Yes, I saw traces of fellow detectorists, but that did not prevent me from finding ancient bronze. 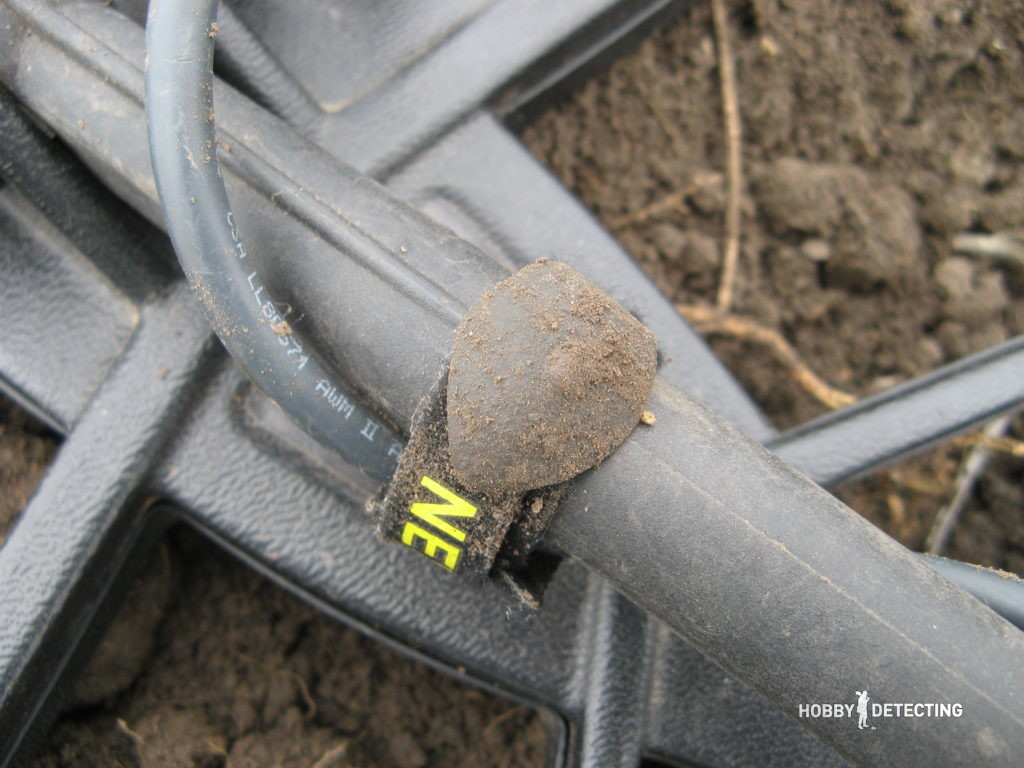 And then I got a good find: 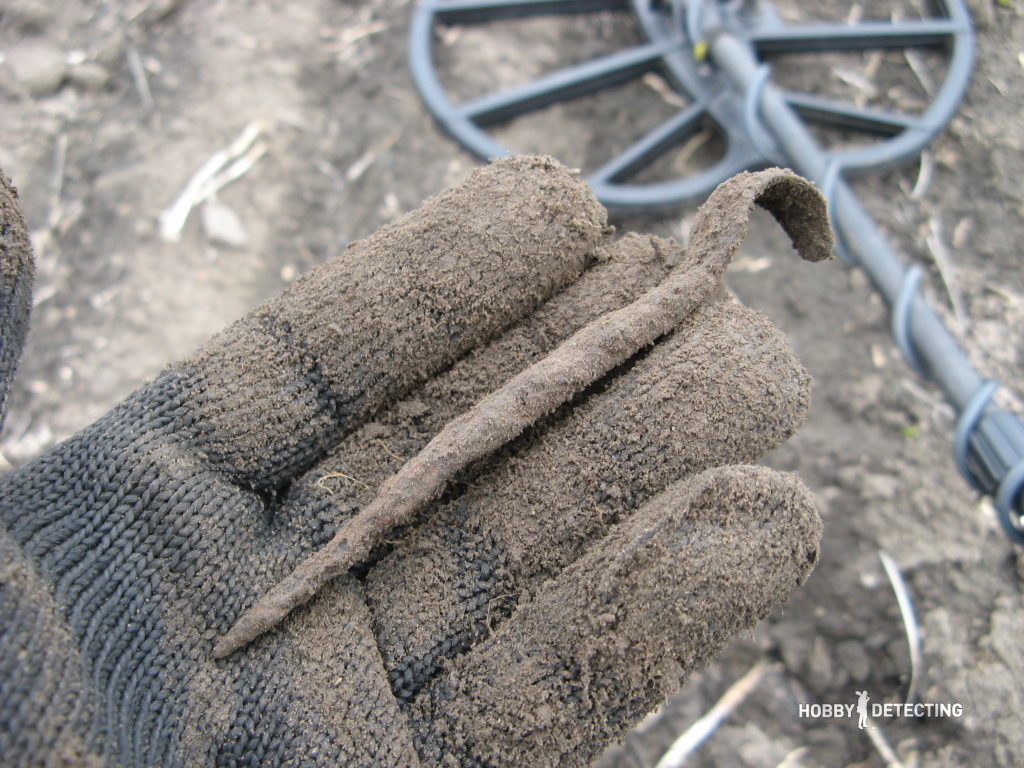 Of course, I didn’t leave without a coin – I found an early Soviet 10 kopek. 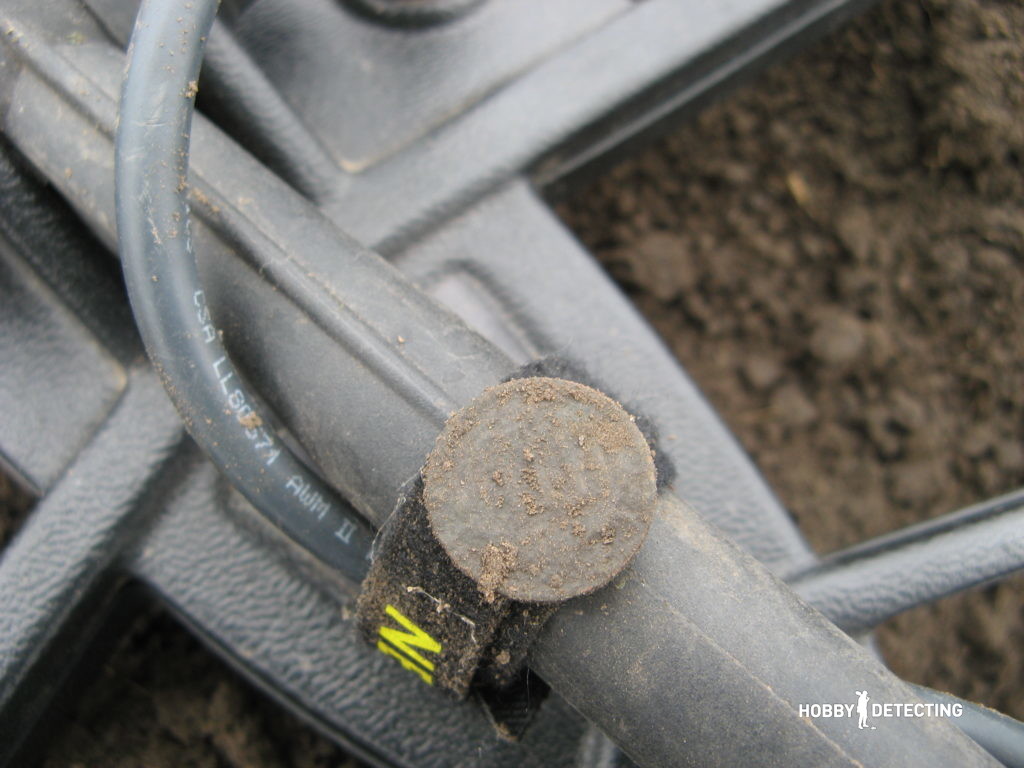 The Nel Big confidently discovered an object on a good depth, that I had only seen in photographs – this is the tap of a samovar. 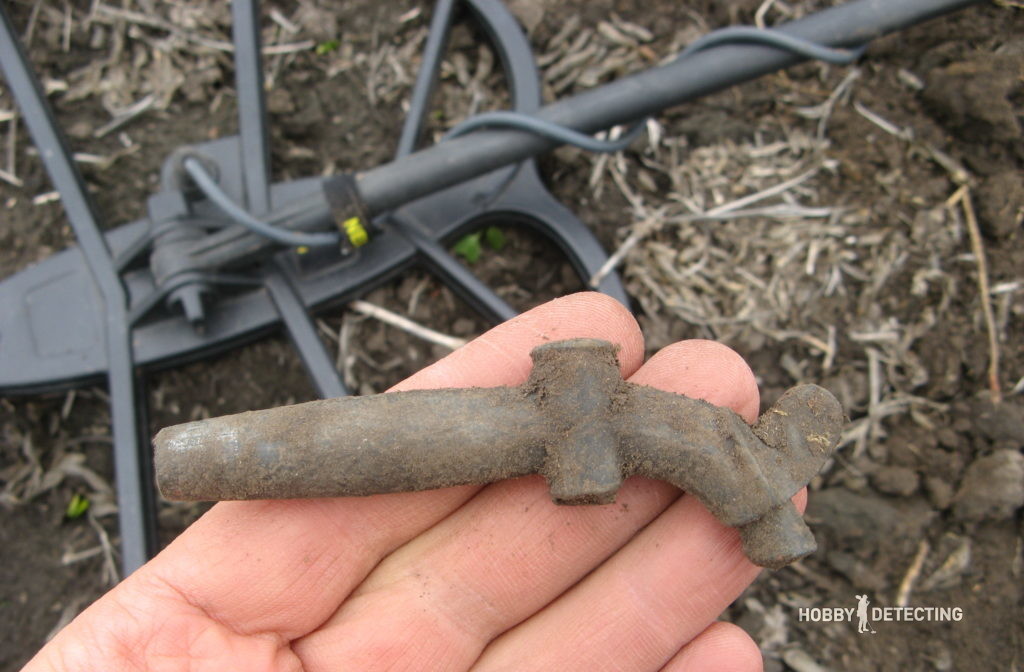 I showed this bronze find to many fellow detectorists and asked them to guess what kind of object it was. But, no one answered correctly 🙂 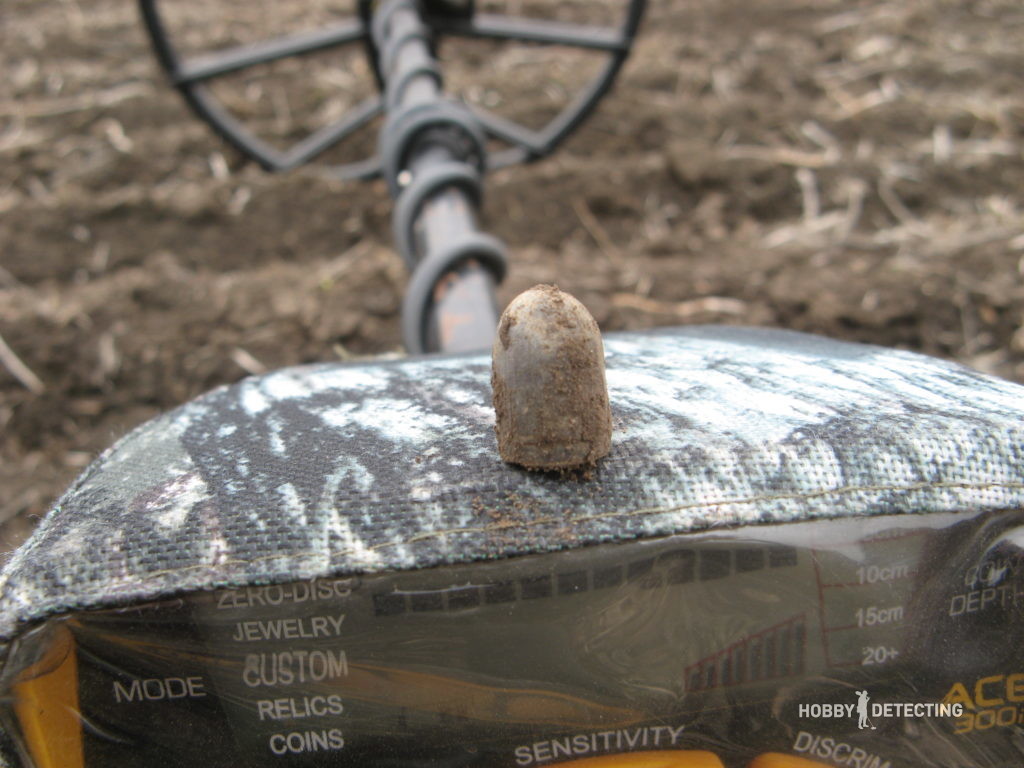 And here is the final result of the detecting: 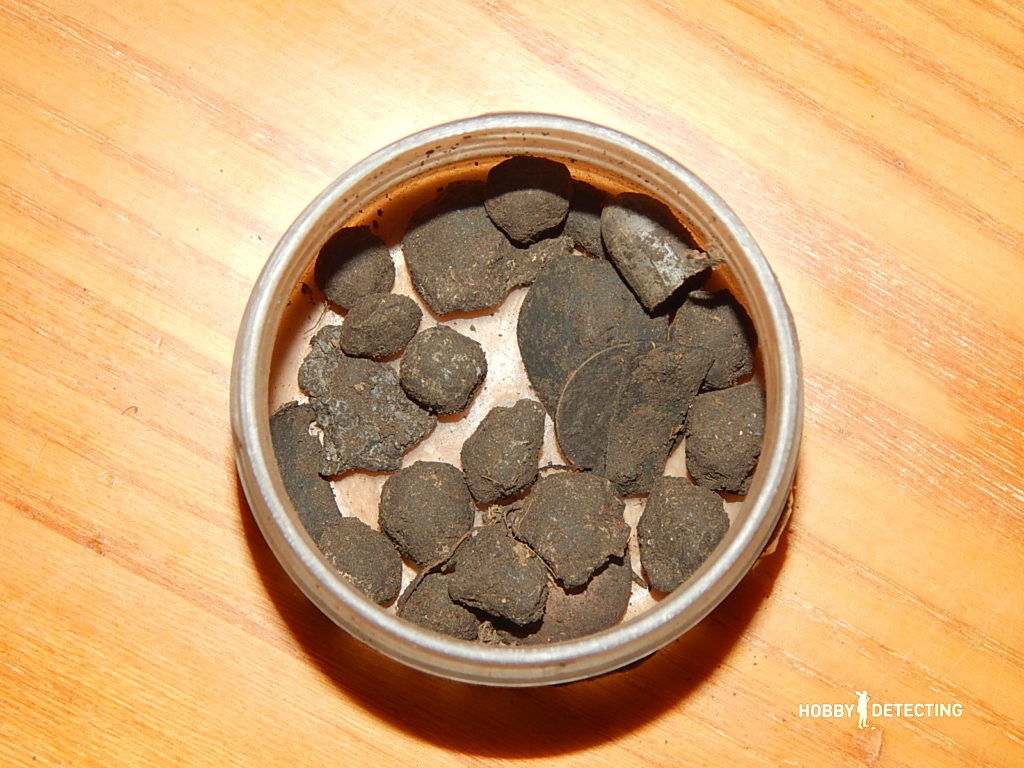 This time I did not get any silver – I went to one point, which I had time to visit. It would have been necessary to move aside or to pass further, but I did not have enough time for this maneuver of time.

With the Nel Big, I did not dig trenches in the diameter of the coil. I found the targets in the ground exactly, by a technique that a comrade taught me. And here is how he does it: When a target is detected, he pulls the coil back until the signal disappears. And then, slowly approaching, he tries to find the find. The first signal is and will be the beginning. Slightly retreating, you will get to a point where it just disappears. And, voila – there is the find. The Nel Big has an excellent scanning beam, so it easily detects the beginning of the object in the ground.

The Nel Big 15×17 coil is not huge, it’s just big. Working with it is as easy as with any other size larger than average.

Despite the size of the weight, I am of average build and I easily spent three hours in the field with this coil. Yes, sometimes I dug deep, but it did not tire me, and if it were not for a time limit, I would have been digging for two hours. 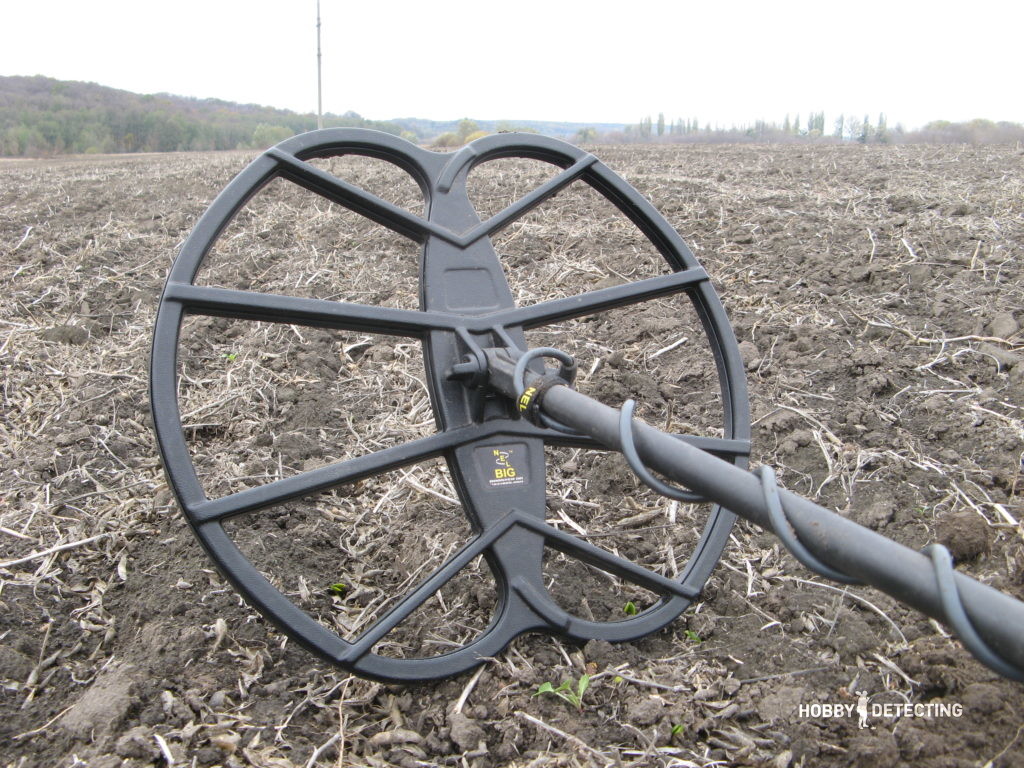 Frankly, the coil Nel Big on the metal detector Garrett ACE 300i surprised me. It happened approximately after an hour – one and a half hour after I started. Just at one moment, I remembered that I had a mobile phone with me and during this time, working at full sensitivity, the metal detector never reacted to it. In an article about the Garrett ACE 300i, I noted one of the serious shortcomings of this detector as its useless noise immunity, especially to mobile phones. But, when testing the Ace 300i with the Nel Big, I would never have noticed it. Why this is so, I do not know.

In conclusion – I really liked this NEL coil.

Where is the Nel Big now?

From the beginning of the summer, the ACE 300i was put up for sale. Apparently, because of the standard mono coil, no one wanted to buy this metal detector from me. I was hoping for the savings to buy a better coil, for example, the same Tornado. And now, after the first detecting with the Nel Big, the announcement added that a 15×17-inch coil is possible and edited the price in the big direction. In less than a couple of days, the buyer showed up on this kit. Virtually without bargaining, he took it. I am sure that he was satisfied with his purchase.

And what coil do you have? Tell us in the comments!