A standard German mess kit, or “Kochgeschirr” as the Germans call it, consisted of two halves; the bottom or the “mess kit”, closed with a lid on top, which could be used as a pan. They were originally made of aluminium. The height of the Kochgeschirr is approximately 14 cm and it can hold about 1.7 liters. It is shaped kind of like a kidney when viewed from above.

The lid has a rim that can be seen on the early models. Later they began to produce covers only with stamped edges. The handle in both models is hinged and fastened with rivets. In the upper part near the rivets there is a slot and at the bottom of the handle there is a loop. A metal clip is usually attached to the handle of the “frying pan”, through which a black leather strap is fastened, holding the mess kit and pan together in a stowed position.

The early models were painted in a dark grey color, popularly known as “Feldgrau” (see below). 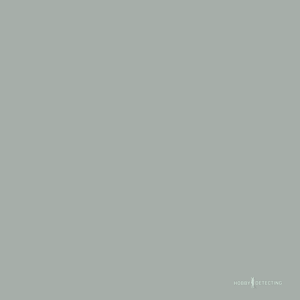 It should be noted that during normal use, the paint was easily ripped off.

A number of sets were produced in a desert-brown color, with desert-brown straps of braid for the use in the Africa Corps.

In general, there were four versions of the Kochgeschirr 31. Here is a brief description of each of them.

1. Pre-war production
This version was made entirely of aluminium. The lid was with rolled edges and the handle was made of aluminium. On the inner and outer sides, there were dimensional markings 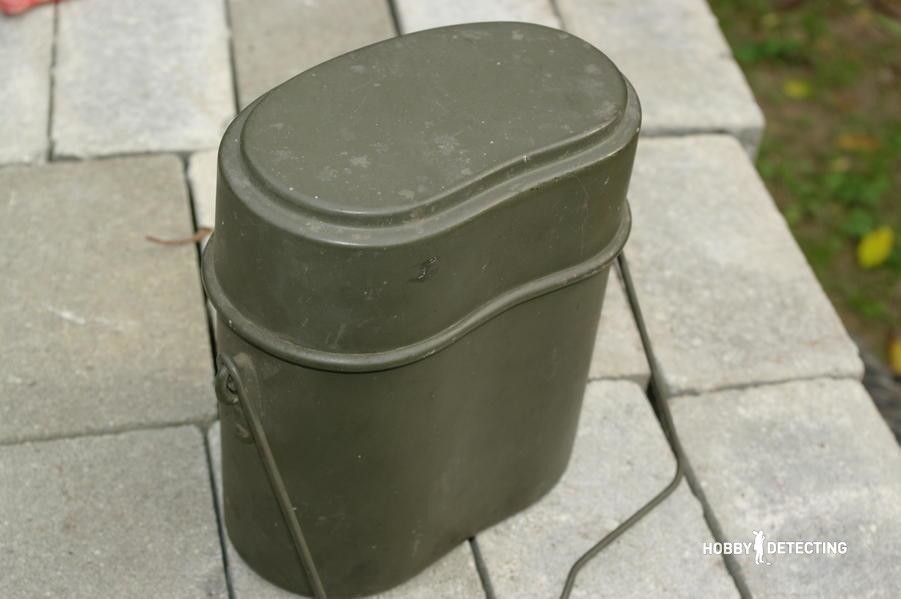 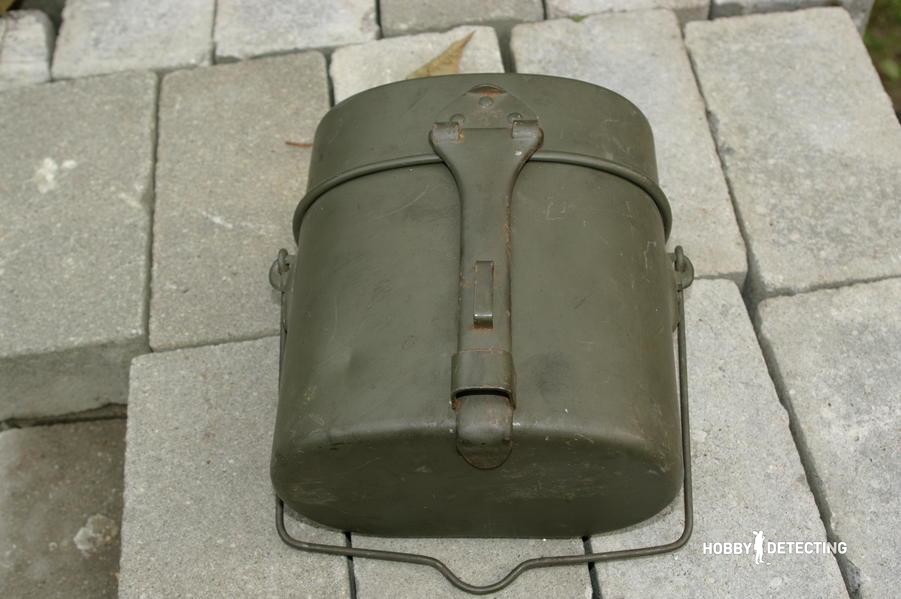 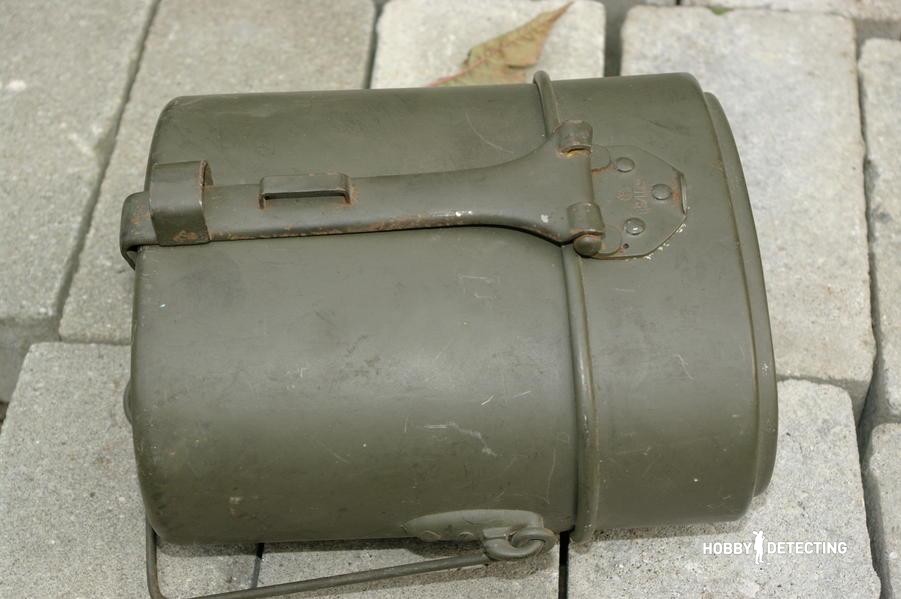 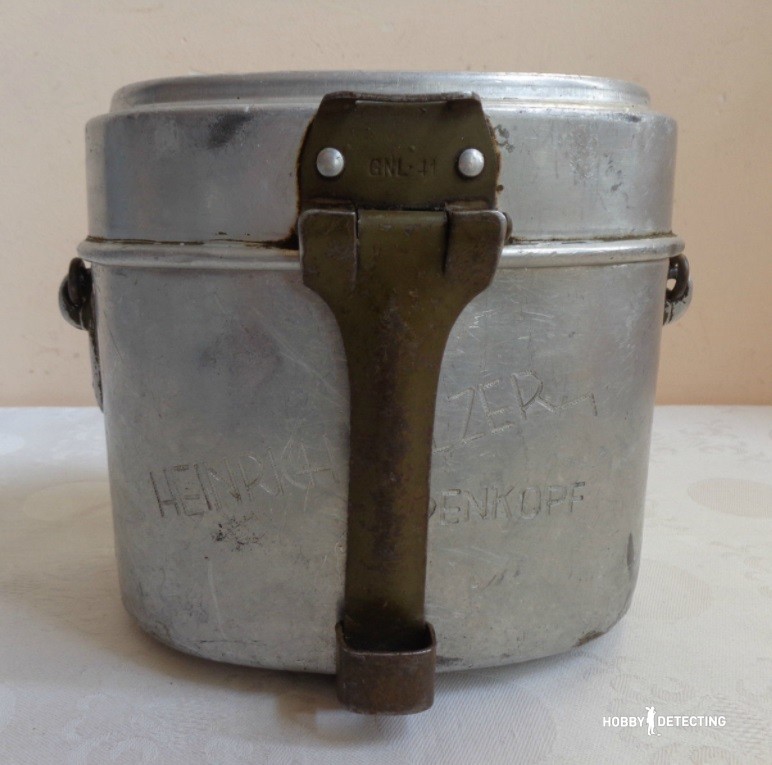 3. Production in the middle and end of the war
The way of fastening the handle of the mess kit was changed, now instead of the aluminium tab, a steel plate with a folded edge was used. There were no dimensional marks on the mid-war release mess kits; at the edges on the frying pan, an edge was made instead of the rolling, and the aluminium ears for fixing the handle were replaced by steel ones. 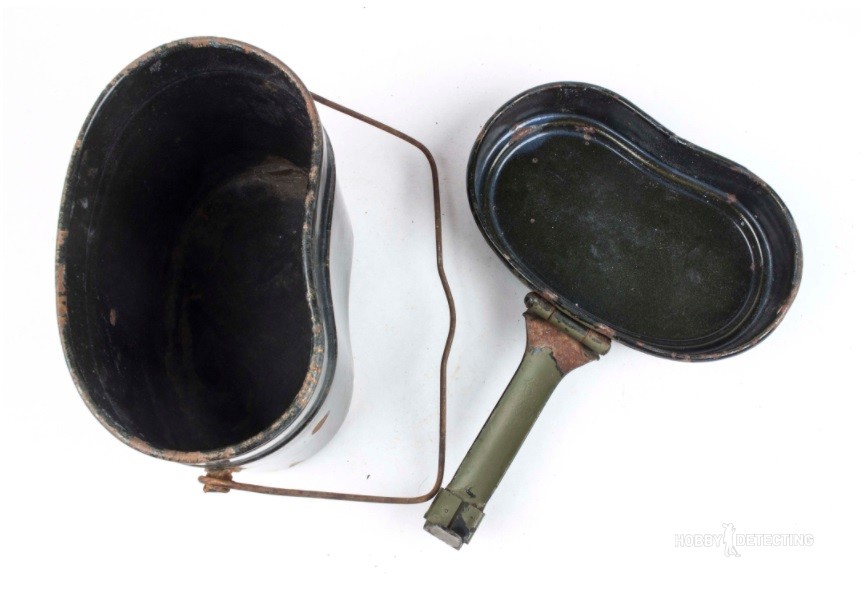 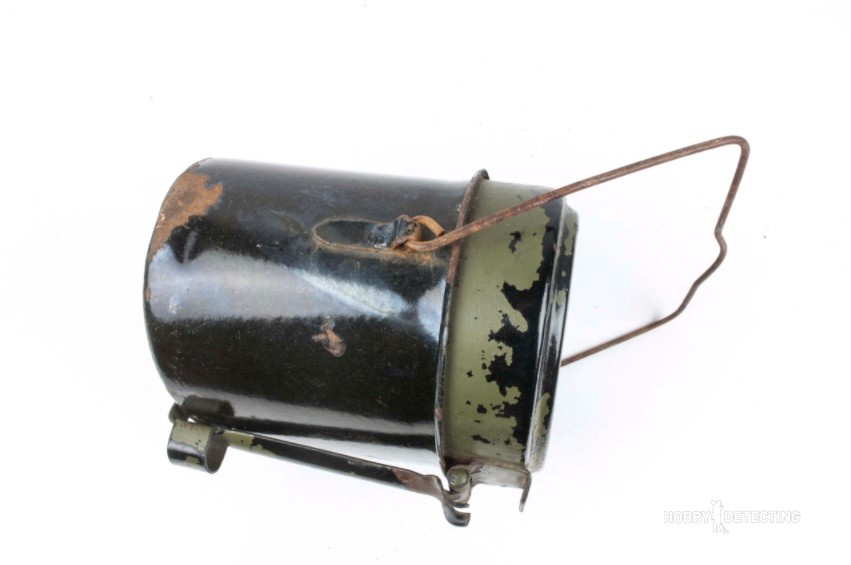 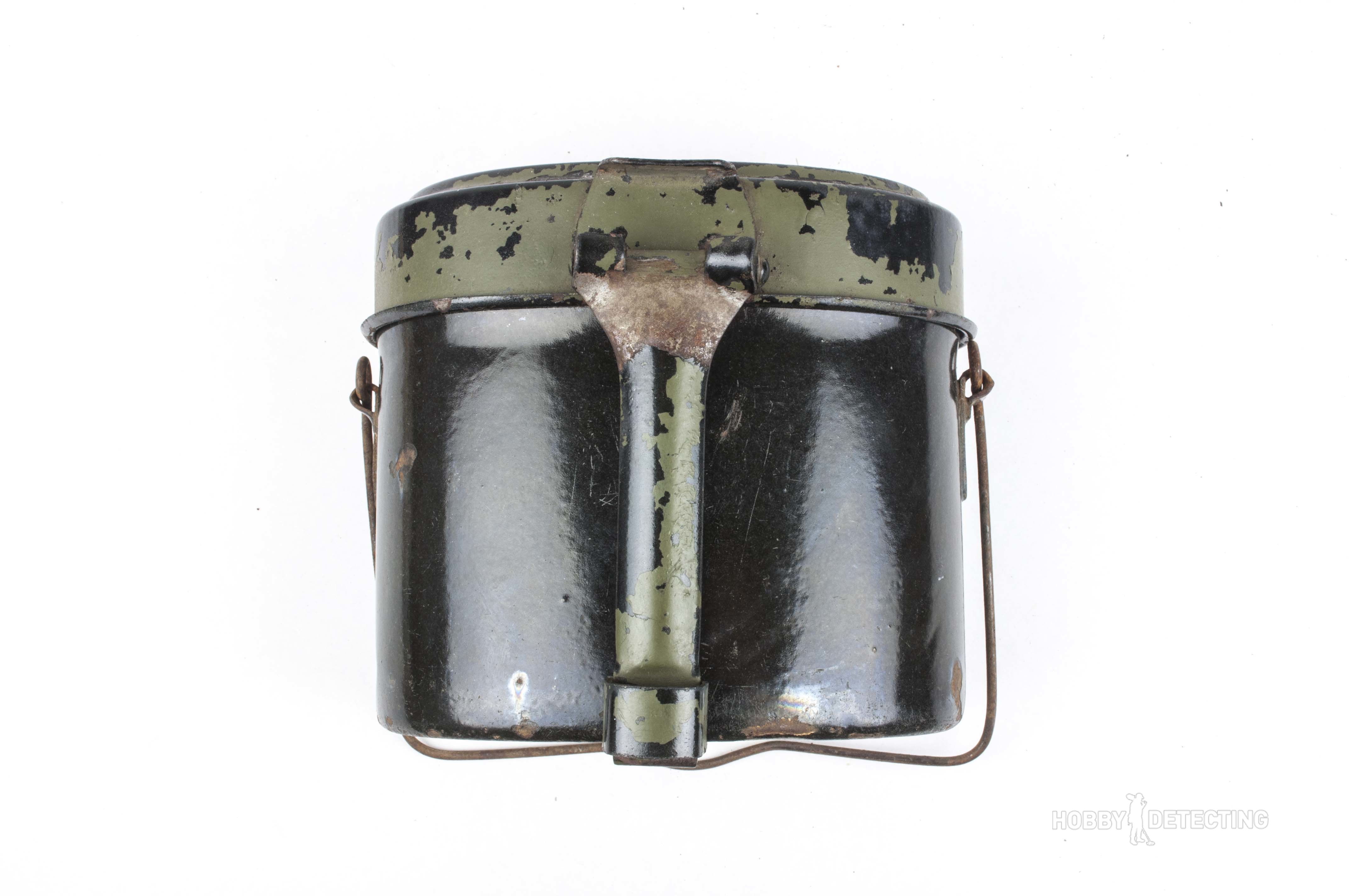 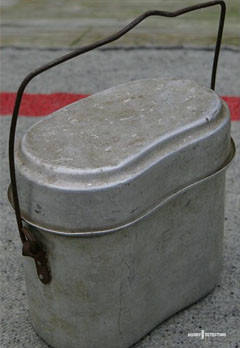 Stamps on the Wehrmacht mess kits

The stamps were applied quite simply – first comes the abbreviation of the manufacturer (factory), and then the last 2 digits of the year of release. An example is KVU 44, issued in 1944. 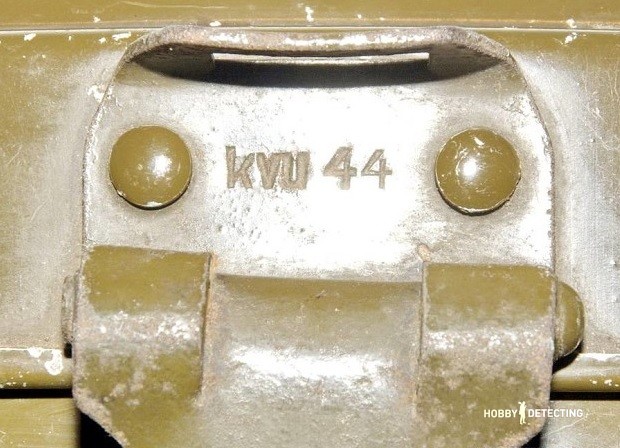 There are various mess kits of post-war production that look like the Wehrmacht mess kits, but be careful! Although they may resemble the kochgeschirr 31, they may have details that are incorrect or missing. The following describes how to determine if the mess kit is original or a post-war model. While this only offers the most basic options on this topic, you at least know how to figure out the common types that should be avoided.

1. Mess kit from East Germany
This model is found on the market most often. The upper and lower straps of the hinge on the lid of the handle are absent. This makes the cover unsuitable for use in reconstruction of the Second World War. The ears of the mess kit handle are very similar to the original ones. 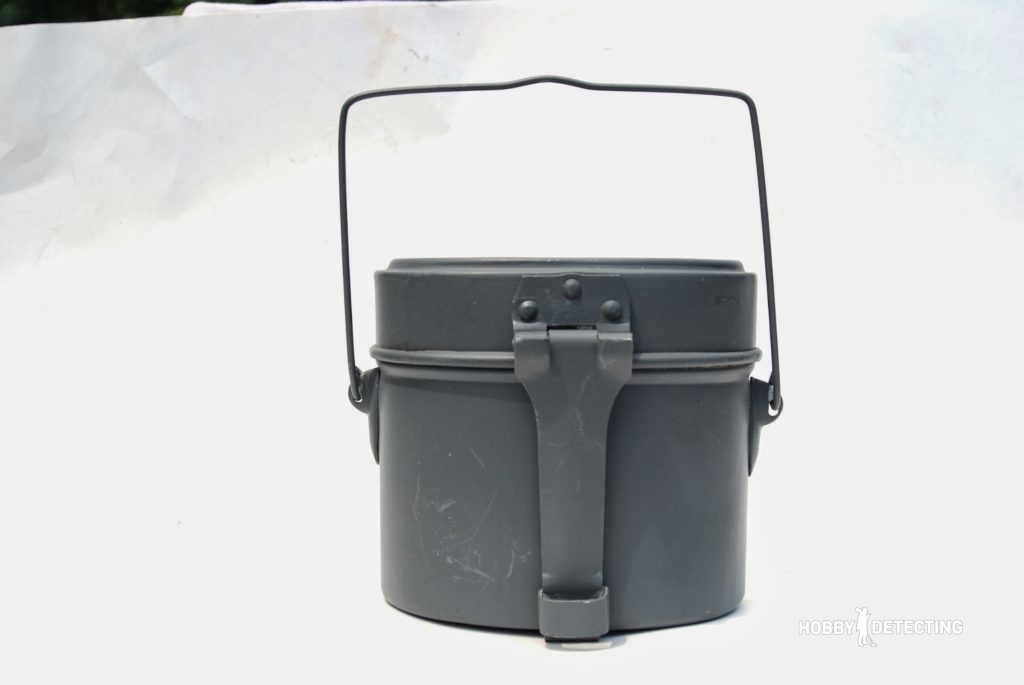 2. Mess kit from West Germany
You can easily notice differences from the military pattern by paying attention to the large space between the top of the lid and the handle of the hinge. This mess kit is slightly higher than the original. The ears that attach the handle are significantly different from the original 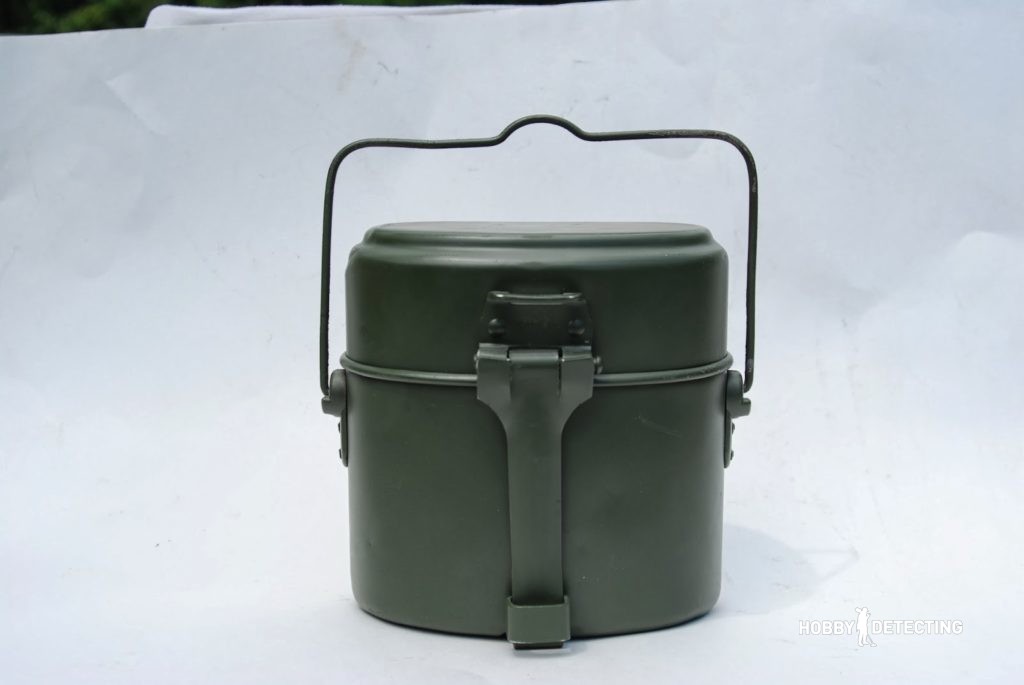 3. The mess kit of the West German police
This model is the most similar to the military one. The only difference is the shape of the ears that attach the handle of the mess kit. 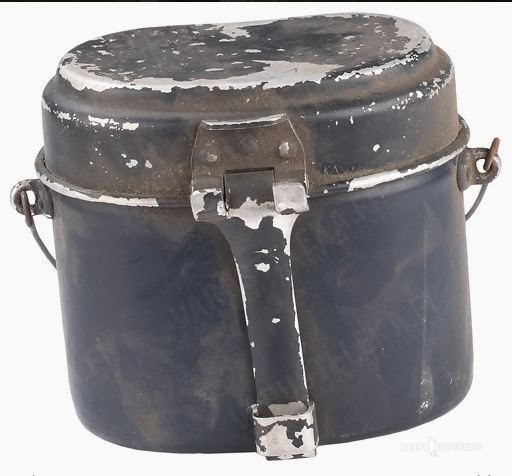 So, if you are planning on acquiring a German mess kit, be careful! Maybe you already have a German kochgeschirr? If so, which one?

You can read more about identifying finds here!