The amount of  “talk” has increased greatly the last ten years (thanks to the internet), and i think the detectorists have noticed it too. I personally dont like to post and “announce” things like “Fisher is releasing a New detector in August, Deus is coming out with a new model the same month!”, and then we reach September and rumors remains rumors. In this blog we only write checked and researched facts, or trustworthy “information”, we are not operating under the “Word of mouth”.

All Diggers should know about Garett and Minelab. These are two of the biggest companies in the industry of prospectors and detectorists. As we know they are not only releasing (and competing about having the best) detectors and pinpointers, but also many other fun gadgets. With “other” fun gadgets i mean for example like the gold-washing pans! Yes, not only around metal detectors there is a “fight” to have the best equipment, the gold pan is also a part of the “fight”. 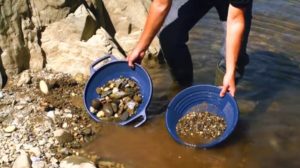 Once upon a time- more specifically 31st of July 1979, in the middle of the cold war, when there was a race between the Soviet Union and USA to have the best weapons and produce most nuclear bombs, Garrett was busy “producing” their own items. They came up with the patent for their gold-washing pan with a special design. Here is the sketch of the pan from 1979: 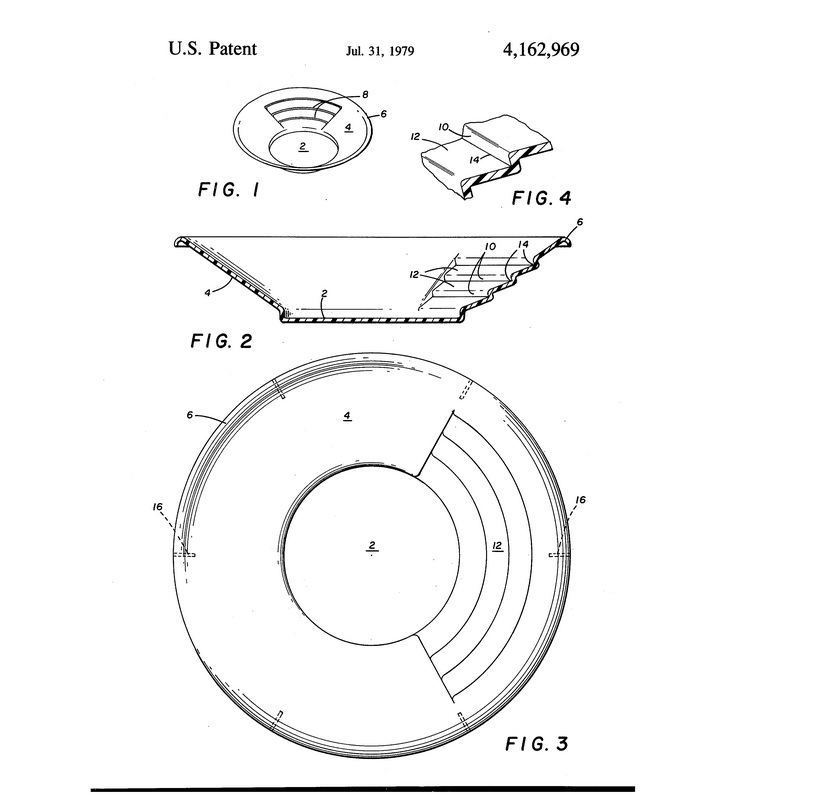 (NB!) If anyone is interested- the link to the patent opens automatically when you press the picture above 🙂

The idea is fairly simple- the pan is made of a new and light material, the plastic, and the “walls” of the pan has the forms of steps, so small pieces of gold don’t slide out of the pan together with the water. Such a simple design to hold on to the gold!

And Minelab, who are located in Australia where gold-panning is a very popular hobby, seemingly waited for the patent to run out of date. And at once when that happened they made their own pan! Smart move, huh?- the patent was no longer valid so this was all fair done. But what is the difference between Garrett and Minelab’s pans? The answer is simple: 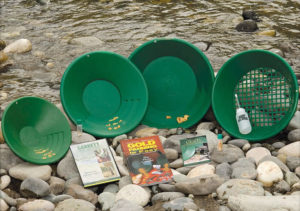 And here is the new Minelab pan kit, which was announced last year, and released in this month (September 2016): 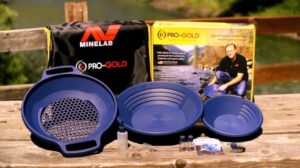 Lets take the colour blue, because all Minelab gold searching devices are blue, take away one pan size, make a new pan between two of the Garrett’s sizes and we have a new product!

They even released an educational video, how to use this special “gadget”. Interesting to see how they wash gold:

Yes, Garrett once claimed that their green pans were the best and the “step” system is unique, but now that has changed and Minelab insists that the blue one is better. Flowers of war, nothing else! Actually, Garrett is this year releasing a new series of ACE detectors, will Minelab do that too? There are already rumors about new Minelab detectors for the next season, winter 2017. Let’s see whether Minelab can or will remain with repainted gold-washing pans!

More about Minelab and Garrett? Press the names!