Prestory; It was in 2014. Autumn. It was raining all week and ended only to the weekend. We went looking for mushrooms. And with our luck we managed to get lost. Somehow we managed to find a sand road (paved military path through the woods). We had no maps, and the GPS did not show the forest roads. After four hours of driving, by some miracle, I arrived at a village. I started jumping of you as a little boy, because I did not want to spend the night in the woods. From the place where we stopped in the woods and where we ended up it was 25km.

In 2015 I bought a detector, and as I was just a beginner I had almost no finds.

Now the story itself. We have a fellow detectorist who films his trips and discoveries. When watching his videos, I skipped the 3-4 first minutes where he talked about different places he drove by and their histories, in general boredom. It was just the beginning of May, the beginning of the season, Saturday, and I did not know where to go detecting. I looked at this video, and he had some amazing finds. The tractor was ploughing in the background. I don’t know why, but I decided to scroll to the start of the video and watch the whole thing. And I do certainly not regret that! The detectorist was driving by the exact same location, through which in 2014 I went out of the woods from. Naturally my eyes lit up.
Good thing that I remembered the road to that place. The detectorist said in the video that the tractor was ploughing the filed in his direction, and that there maybe would be nothing left when I got there. When I arrived, they really had already ploughed almost the whole field. Some farmers were still there on the grass, relaxing. I figured out I somehow had to find out where the detectorist had been detecting. I went over to the farmers and said hello, and say that there was a guy here yesterday and lost the phone and asked me to go look for it. They told me that the field where he had detected already was ploughed, and showed it to me. I decided to wait a little bit, and not to dig while they still were there. I sat in the car, drank tea, and waited. I remembered the video, visually figured out where to dig, where there was a tractor and where it is now. On my way home I estimated that it was about 80 kilometres from that place to home.

The next day, I went there with my wife. There was no one there so I could happily detect. I hit a good signal, I dug, and I found a coin from 1924. Nice find I thought and put it in my pocket. Again in this hole I got a signal. I started looking again, and another coin from 1924. Well, I was straight blossomed with happiness. I checked and again I got a signal. I stuck my hands back down in the dirt, and pulled out leather piece with coin prints on it, and I understood that this was a wallet! I called my wife, she started taking pictures. There was another coin from 1924 and another one. My emotions started flowing over, and I excitedly told my wife how I found the two first coins. I wanted to scream! And here is a picture of the find itself. 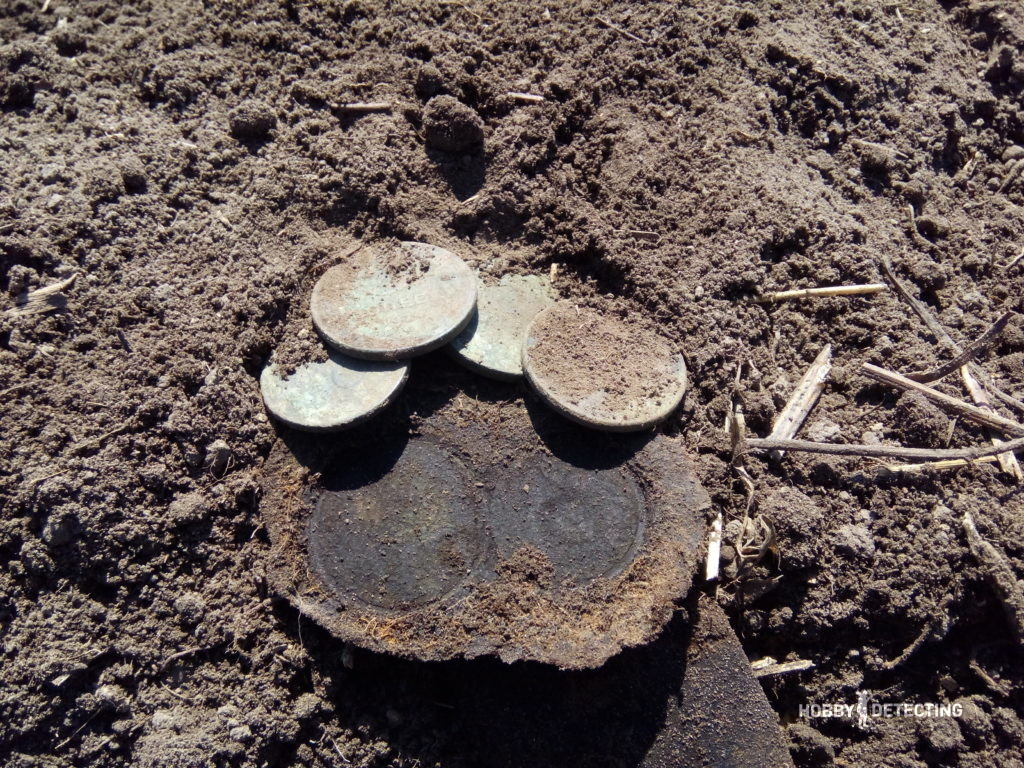 And here is another photo of all the finds from that day: 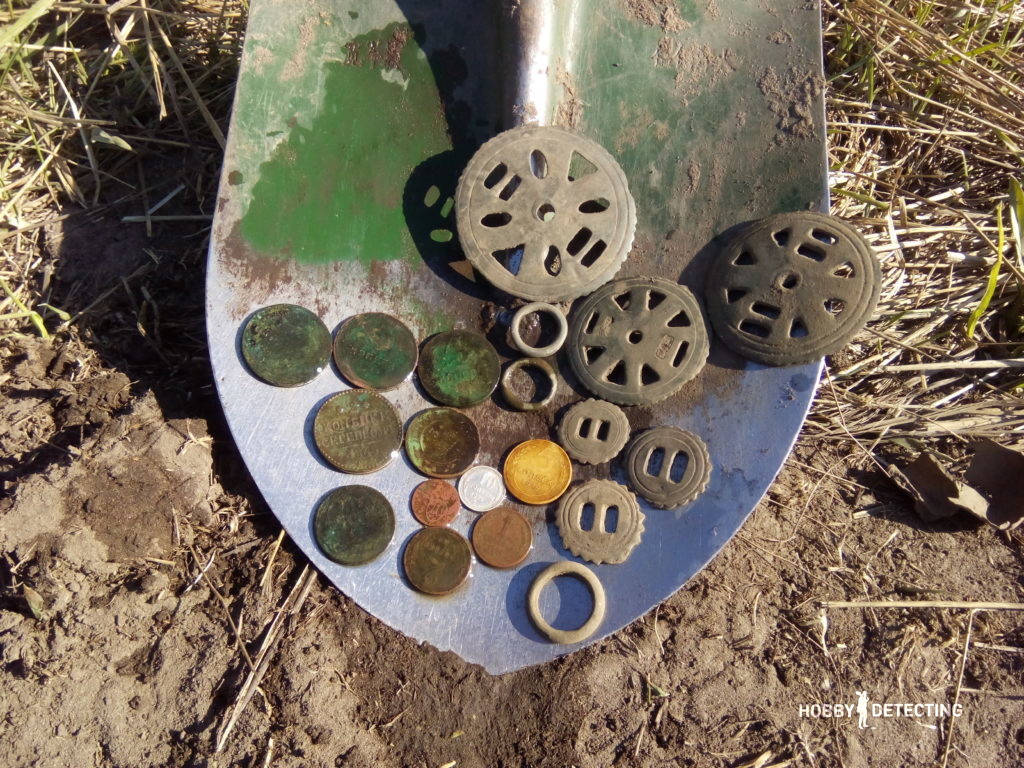 If you have any interesting stories to share with us, we will be happy to read them! Send your stories to: hobby.detecting@gmail.com