One of the cases where a Viking sword was found in 2016, happened in Iceland. A Company of hunters were out on a wild goose hunt, and accidentally discovered the artifact directly on the surface of the earth, without the use of a metal-detector or anything! A very surprising find, but the most likely thing that happened was that it maybe washed ashore during a storm, or washed out of the ground.

The finder of the sword, Arnie Björn Valdimarsson, posted photo of the sword on Facebook, after which he was contacted by officials from the Icelandic cultural heritage agency. Here is the photo he posted: 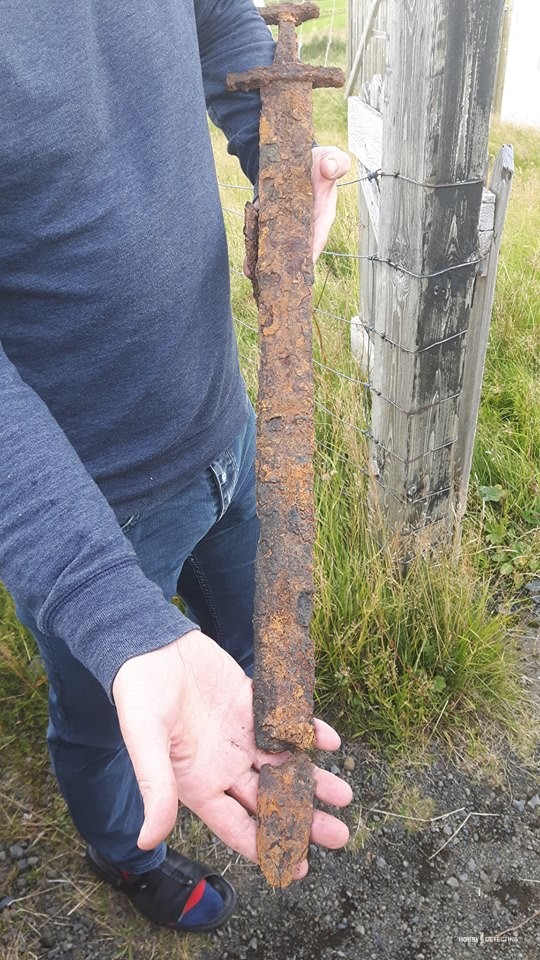 The sword dates back to about 10th century. Archaeologists suggest that there is a Viking burial on the find site, but that still needs to be proved. These swords are not such a common find in Iceland. In total there are 23 cases of known finds of Viking swords in Iceland.

Want to read more about interesting relic finds? We have them all here!