Many detectorists will say that all the good coins are gone, dug out of the field. This is partly true; the number of finds are reduced every year. But even in an over-detected field I believe deep in my heart that each ploughing of a field will bring new coins. But one story struck me this year. It was about a detectorist who found a huge silver coin from 1765! 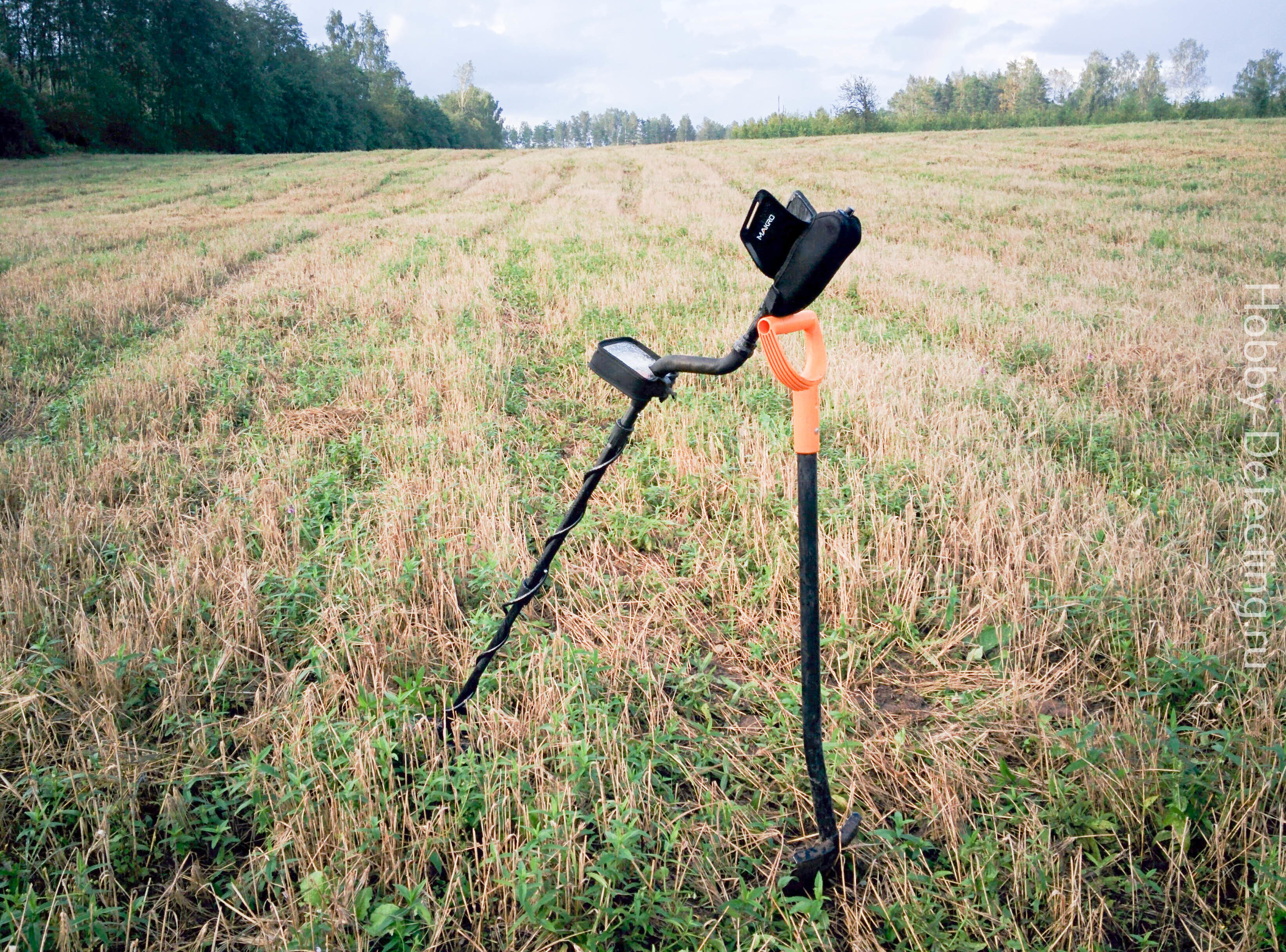 I went with my friend to a field, and it was empty. It was really empty, because for the first hour I was digging with my Macro Racer 2, I checked only three signals. Most signals were iron signals, uninteresting, but three of the signals dug but I found absolutely nothing useful – a pair of tubes and some rubbish. 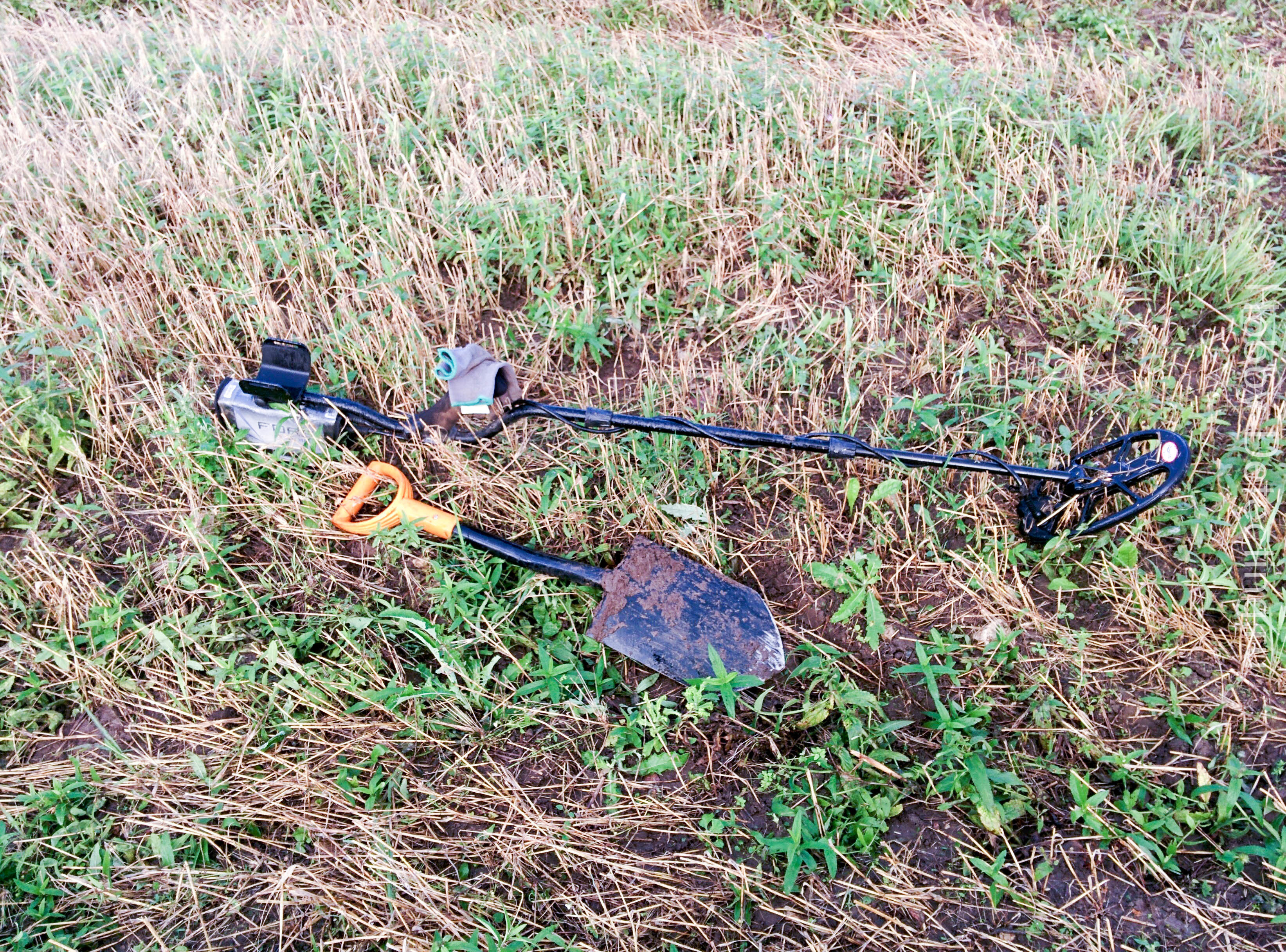 So I continued walking one and a half hour on an empty field. 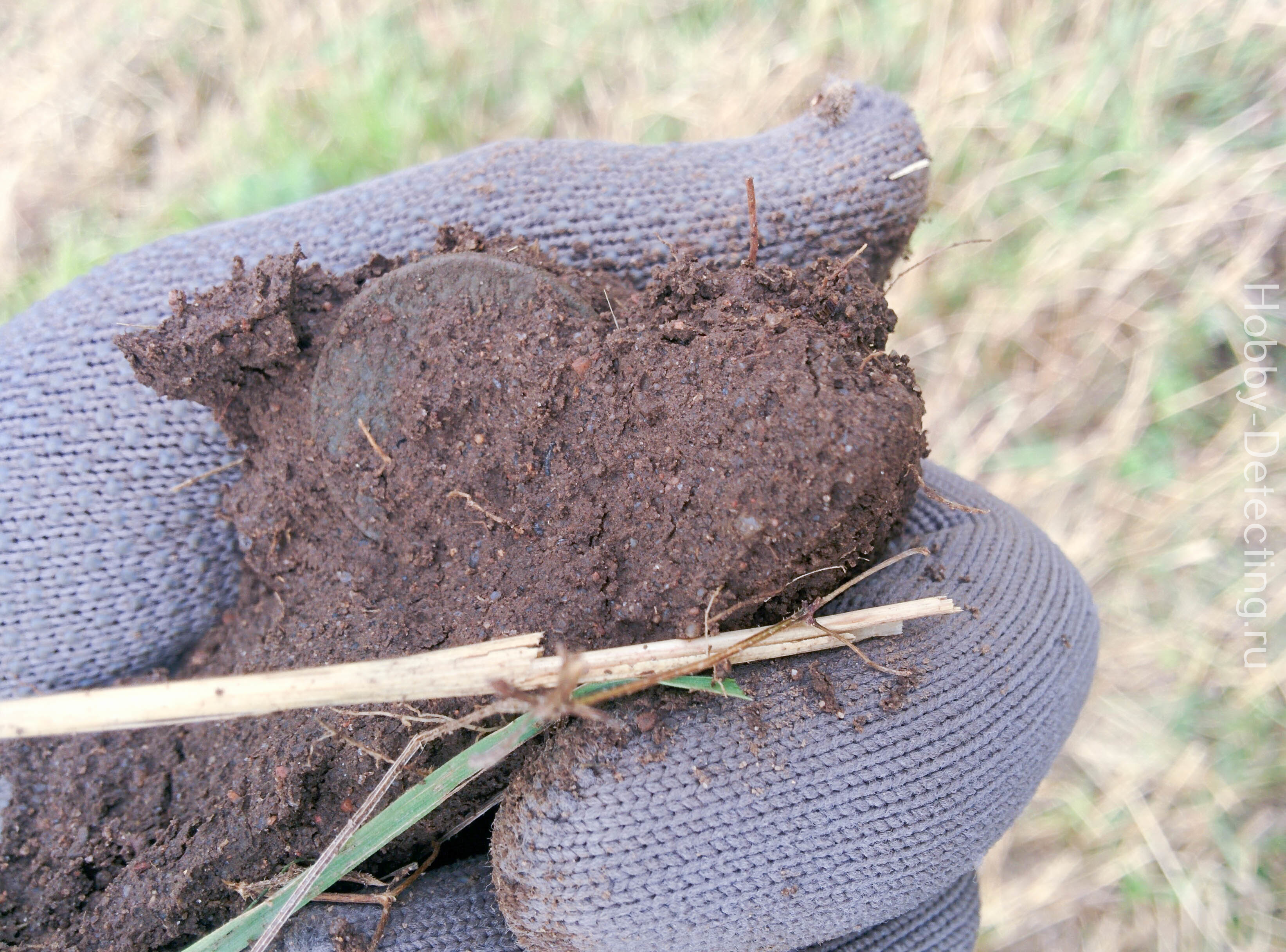 But there was one good sign after one and a half hours later, an imperial copper coin. You see, even if a field which has already been searched multiple times you can still find coins, if you try to dig more signals. 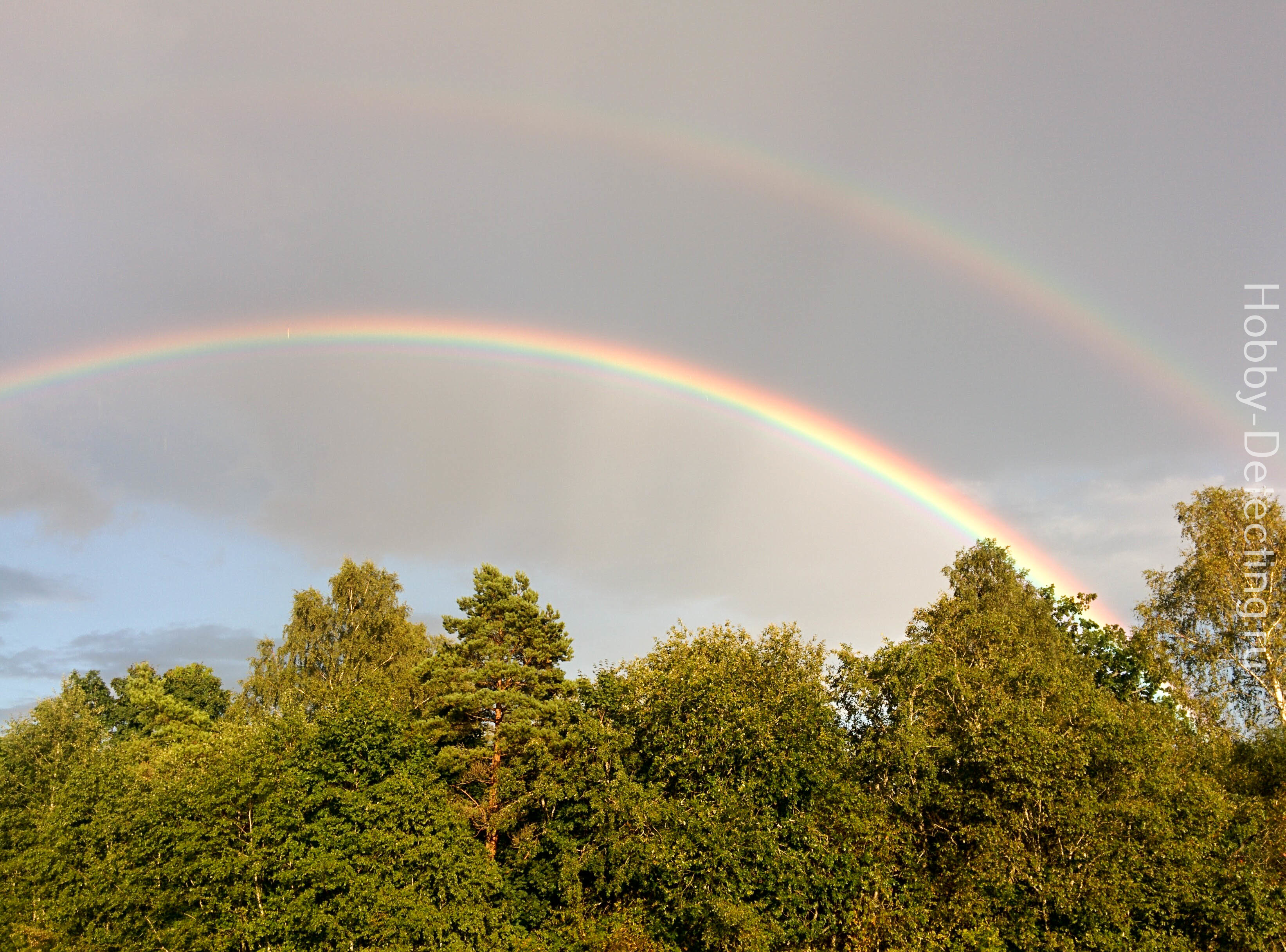 I was starting to get so bored that I even started photographing nature – a double rainbow appeared after a small rain in the sky. Beauty! You might think that’s a good sign, and it indeed was. We dug further for two hours and I was pretty sure it was empty, so I decided to go to the other end of the field and see what was there.

I dug up a couple of bottle corks, because they ring as coins and you will never distinguish them from a coin. Suddenly, I came across a good, strong and clear signal. The ID showed 97. I thought – “what is this for a good conductor, which gives such a good signal.” Checking the crosswise always gives a better understanding of the signal, but the ID remained the same – 97. So of course I dug it.
I started digging, but the signal was still in the ground. “Well, it’s obviously something big and nonsense, I guess” I thought. But I continued to dig a hole and further expanded and deepened it. I checked it with my Pinpointer- the signal was still in the pit. I decided to gently dig the side and make the hole even deeper, it is the case, by any chance there was something valuable. Gently I pulled out a shovel earth, and suddenly I saw a gleam in the dirt! So on the surface was a large silver rouble from 1765! 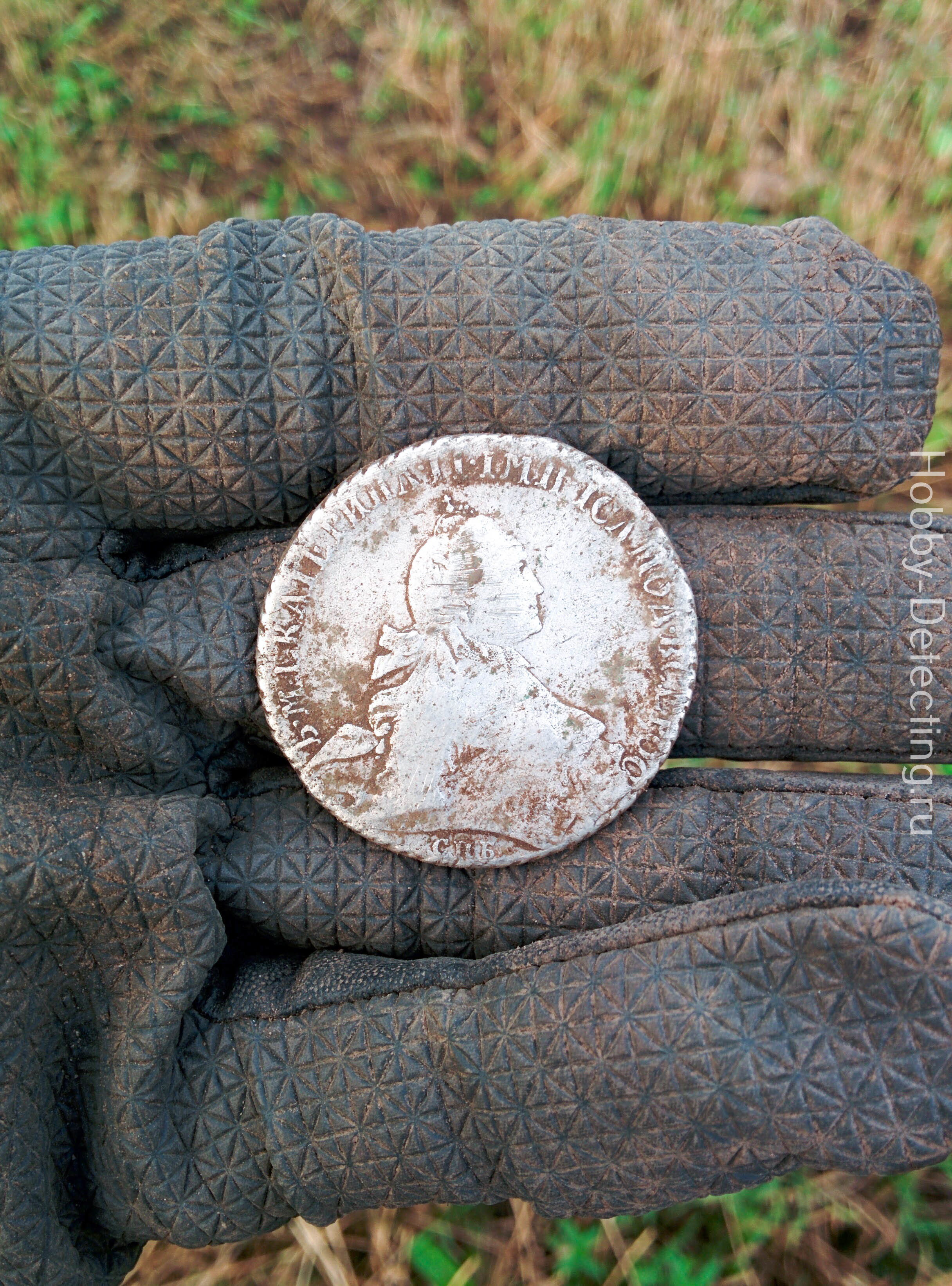 It was in quite a good condition 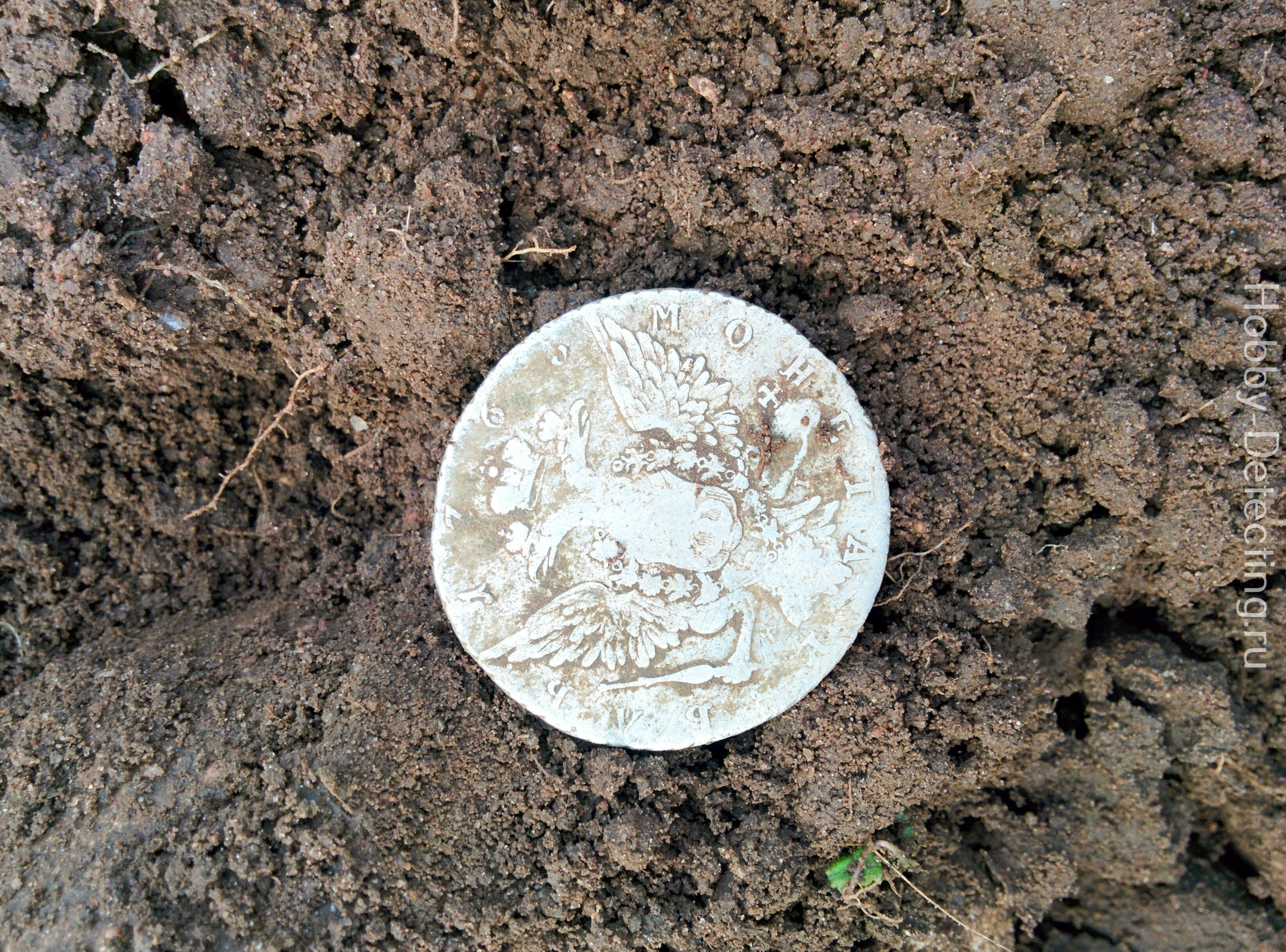 The coin has some wearing, but rather by circulation then by the dirt I assume. 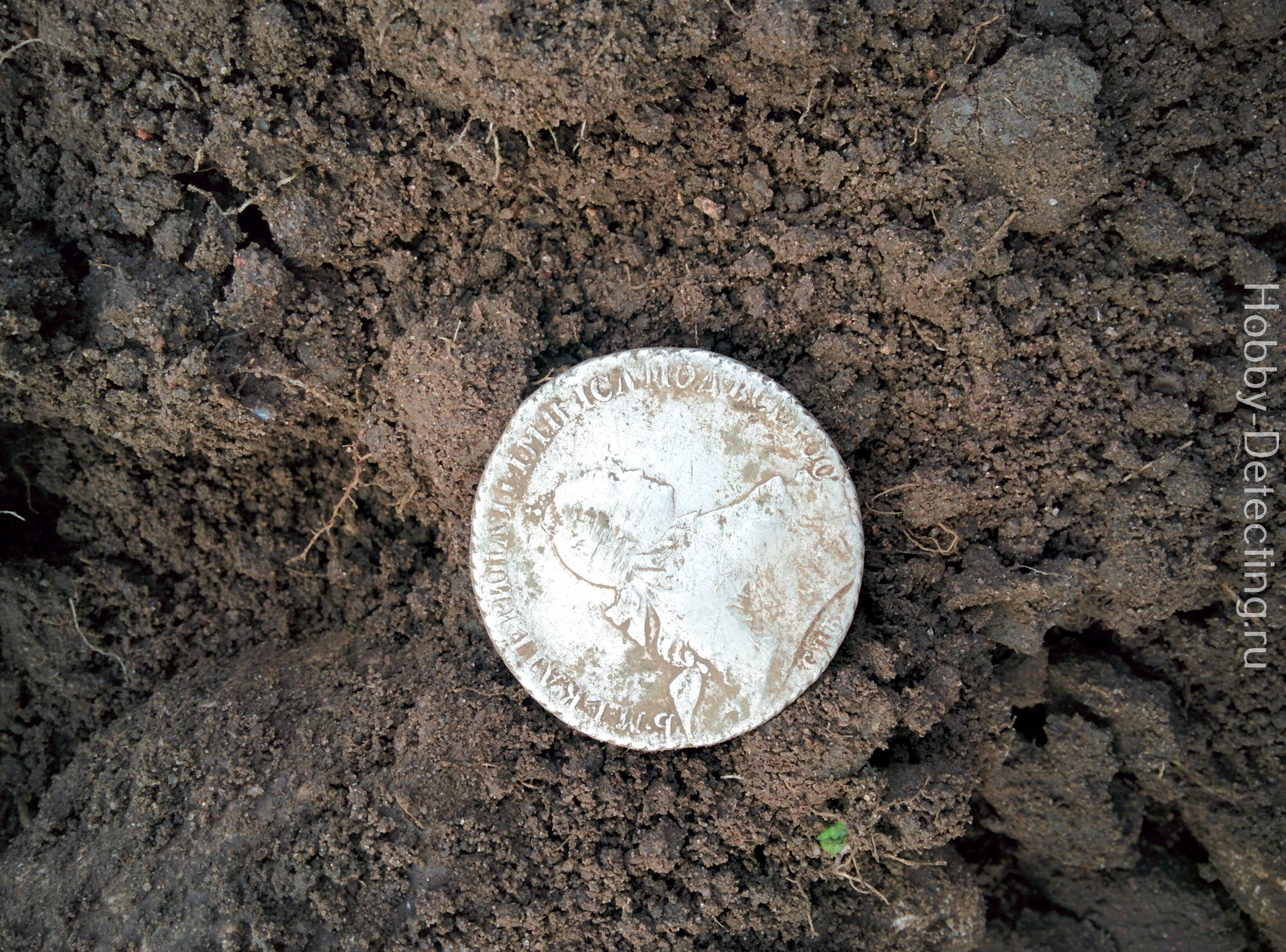 But there are unfortunately signs of the field having been ploughed, because you can see some minor scratches on the coin. 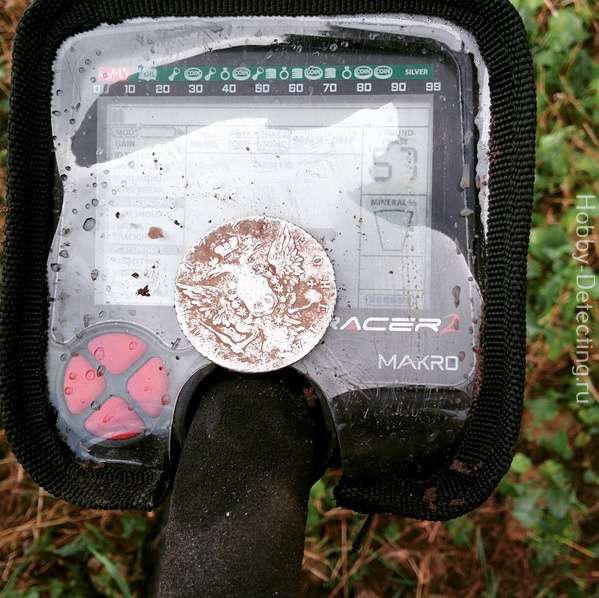 The depth of the was about 30 cm, which is pretty deep. Maybe some of my fellow detectorists already had been there with their Ace 250 and just missed the signal, or decided not to dig, because of the depth?
Anyway, this was still an amazing find!

Too lazy to go to out detecting? Check other finds that have been made, and maybe you will get some motivation.