Engraving on bayonets of the Wehrmacht / SS (don’t get fooled! + Photos)

Periodically i come across various people who try to innocently ask in social networks and forums whether this is a real engraving on the bayonet and how much it is worth? It is clear that we are dealing with a scammer who tries to possibly find a buyer, because a lot of diggers and collectors wants to take home a little souvenir or an object that would have had to do with the different parts of the Wehrmacht, and even more when it is about the SS during the second world war. Some of them even come up with stories like: “my grandmother found it in the attic” or “i found it while detecting”, and the list goes on.

Here are a few examples of these bayonets:

Let’s start with the most simple. German soldiers was not allowed to apply engraving and in any way spoil the bayonet, because you had to return it after serving in the army. Well, or after the end of the war, because as we know the Germans hoped to win the war. ?Even though it was possible to buy parade bayonets with engraving, which the soldiers bought for their own Reichsmarks. And they did not engrave their division on their bayonets, but rather the regiment.

Prices for these items at the time: 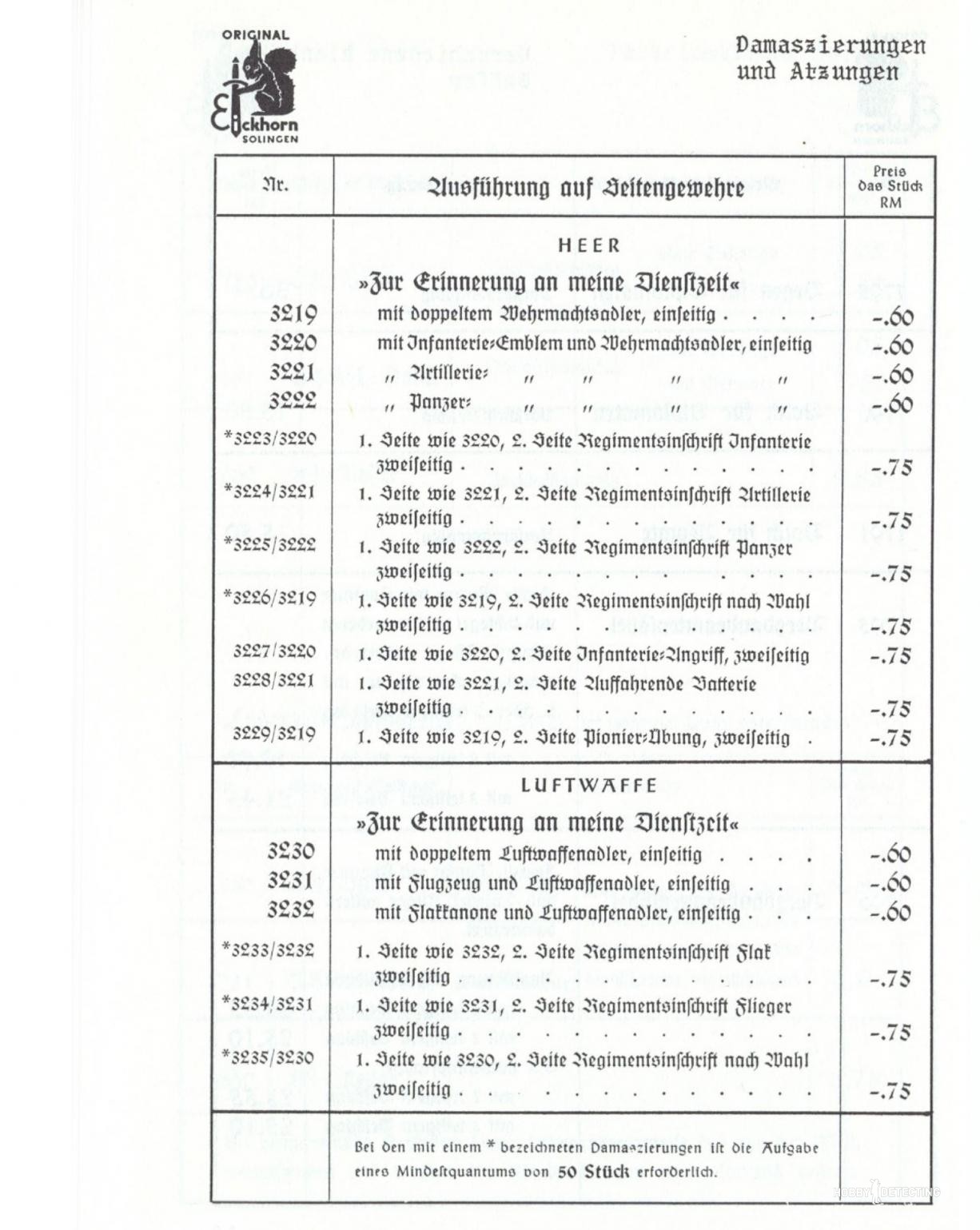 However, these “scammers” are still trying to insist that the bayonet was made by request of a veteran after the war. This too does not seem trustworthy, because as mentioned above, they engraved the regiment, rather than division. And even if it so is true that this maybe happened, it would not have happened on a such large scale.

Bayonet two: The “Totenkopf” itself 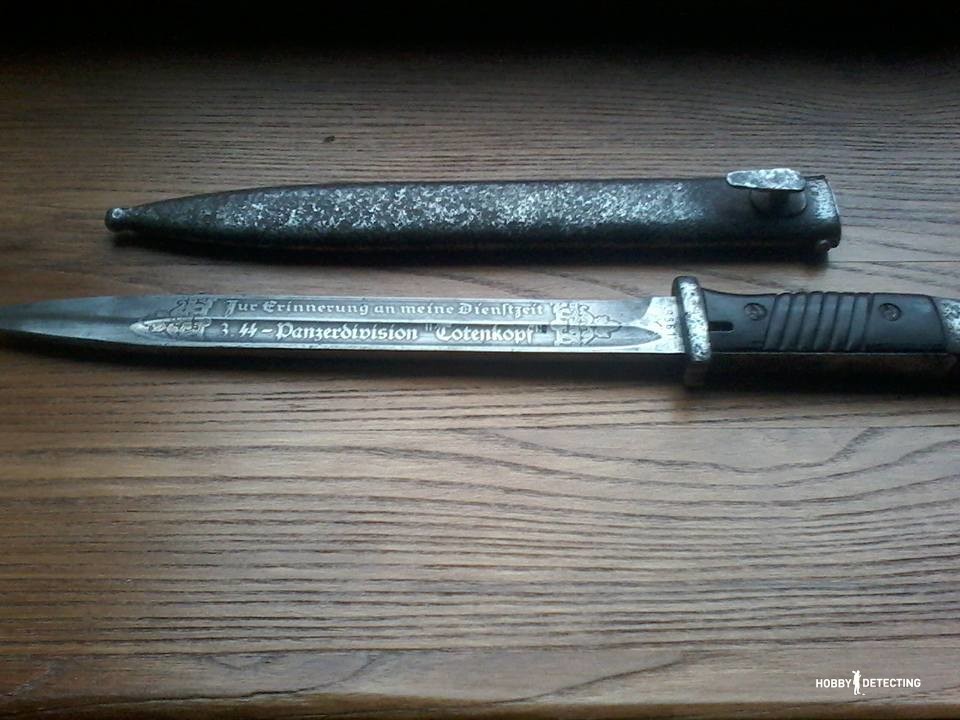 According to rumors, bayonets like these are produced in Poland.

In general, do not get fooled by such a “scam”, the bayonet itself loses value because such self-made engravings often ruin a well-maintained bayonet.