Digging On A Construction Site (With Finds+)

Choosing a detecting location is always difficult – you need to work with maps, archives, location visiting (sometimes in vain), unjustified expectations, and other loss of time, which at one point will turn out to be a great success (). In our “business”, this is always the case. However, do not forget that good finds and locations can be very close to you and that you don’t always need to go for miles to find many good finds! And exactly this happened a while ago when new pedestrian paths and buildings were built in our city. In the old part of the city, the builders made a large pit, literally 10×10 meters, and all the surrounding diggers took advantage of this and got their finds – more than 40 coins were retrieved from the 10×10 meter pit! Unfortunately, we were not among the first, but we also got our finds.

You can order Teknetics G2+ at TekneticsDitect.com directly! Coupon: A1479 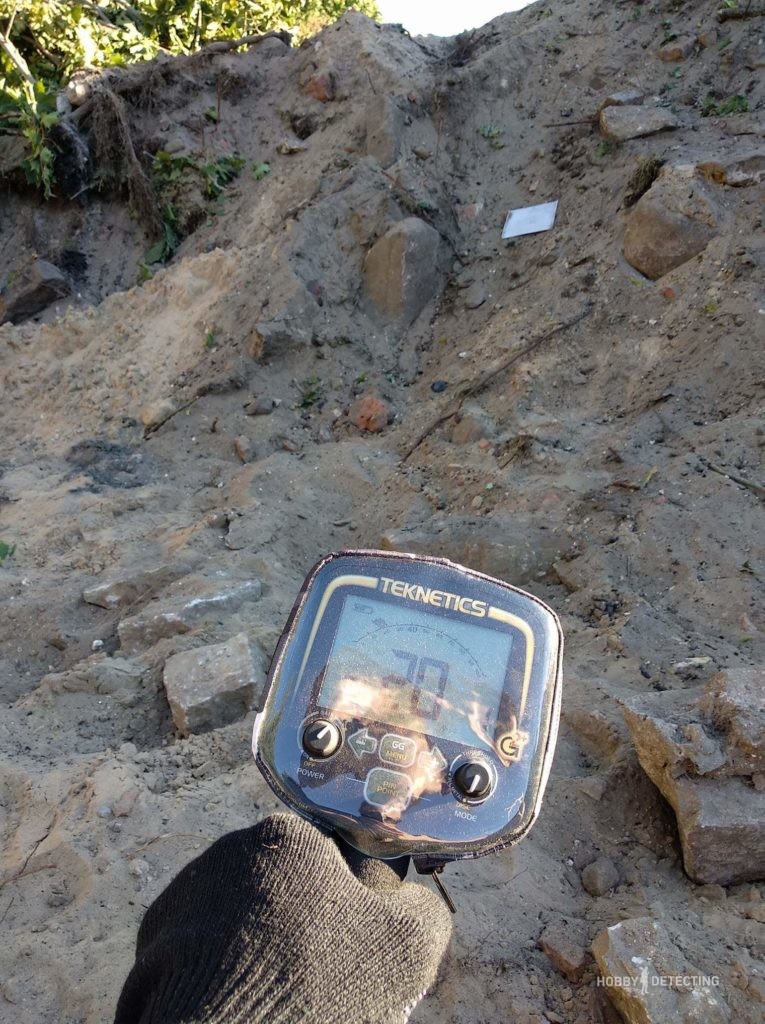 Basically, all modern metal detectors take approximately finds at a depth of 20-30 cm, not more. And that also depends on the size of the object. And there is also surface debris, which very well masks deep signals! And this means that in all our “empty” places there are finds, we just need to remove the surface layer. Such excavations open those finds that are deeper and which our metal detectors have not been able to catch.

Such digging on a construction pit requires patience because there are enough rubbish and all the finds are mixed. It is necessary to carefully sort out the signals and not be lazy to dig them out. Especially it becomes difficult when there is a lot of small iron objects on the site- nails, bottle caps and so on. It can confuse the metal detector, but there’s nothing to be done, you’ll just have to turn tons of soil …

The first trail of antiquity was an old horseshoe! It was all eaten by rust, but you can still clean it and bring it to a good condition. 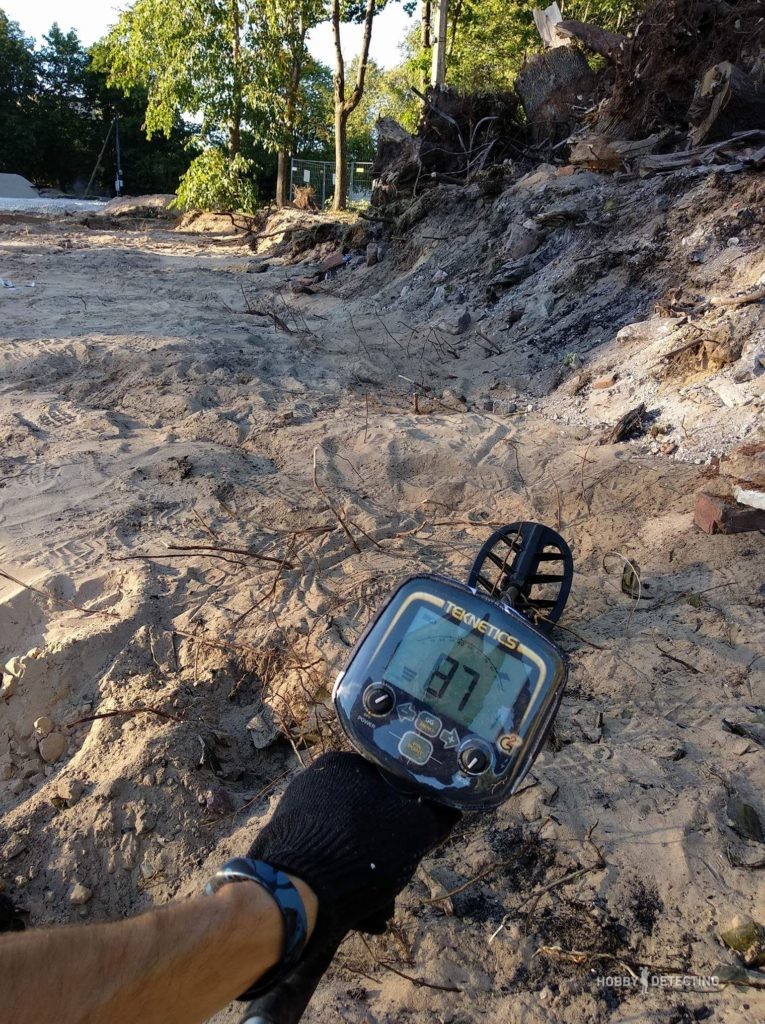 The photo shows how the builders even removed the tree stumps. And under the stumps of there had to be a lot of finds, because once on this place there were buildings, people lived here. 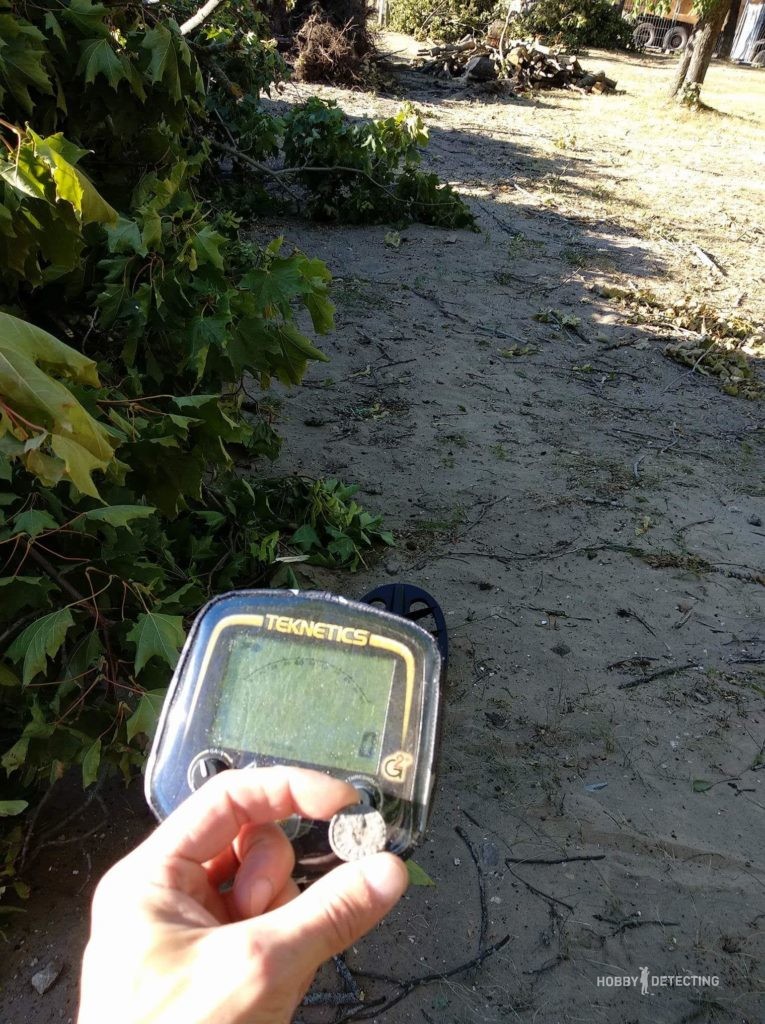 And what kind of detecting trip would it be without coins? Unfortunately, the hoards of coins had already been found before us, we did not have time to get to there first, but there’s nothing to be done, we have to be content with what we have. The coin is not rare, unfortunately, a usual Pfenning from the times of the Third Reich.

How it got at such a depth is difficult to understand! The Pfennig is from 1939. 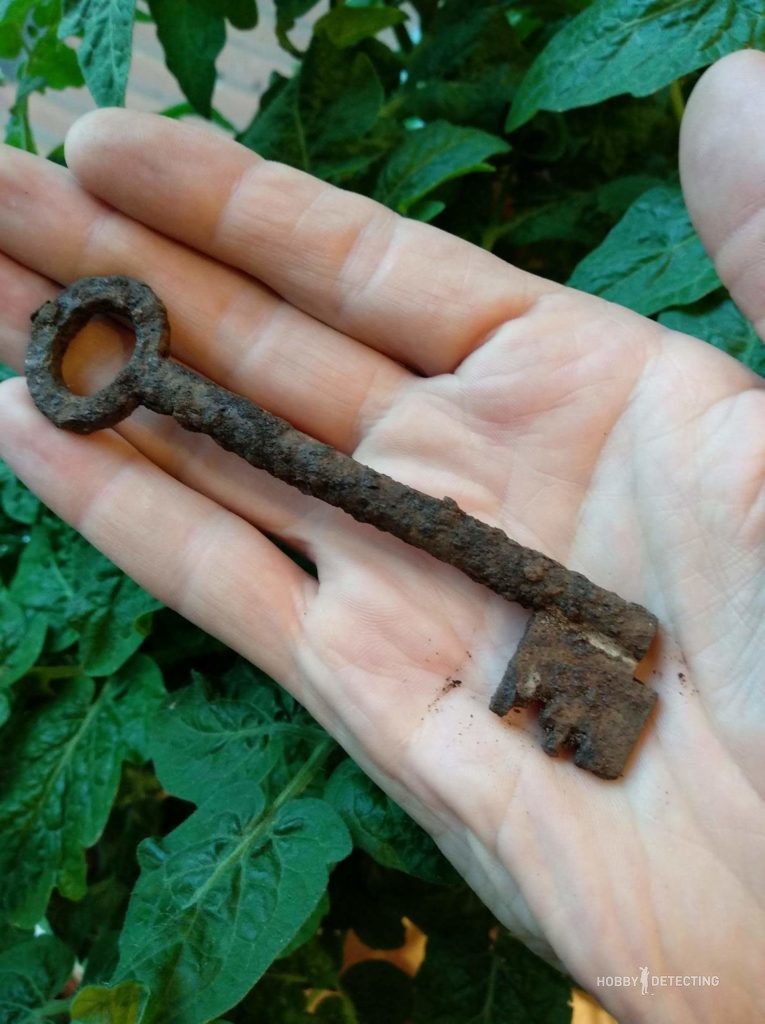 By the way, do not hesitate to dig iron signals, too. Such a beautiful key fell under my coil at the end of the detecting. It’s likely from the end of the XIX century, it seems that someone from the previous inhabitants here dropped it, or some workers, because there used to be an old factory nearby, where they produced alcohol.

Do you dig at construction sites? You should, because there can be a lot of finds that will simply be destroyed by the builders, because after all construction work is over, they will always install either a foundation or a new road and will bury the finds for many years to come.