A Makro Manufacturer recently congratulated all the diggers on the upcoming Christmas and New Year on his Facebook page. He did it as usual with a picture of a future metal detector. And here is what we see: 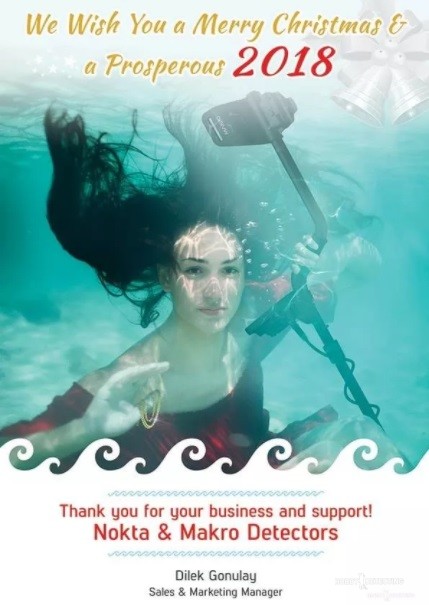 A lady without her mask climbed into the water, saw something and even found it. Apparently this detector is really good! (By the way, greetings to all the divers!?)

But in fact, this detector promises to be interesting. This is not a continuation of the Makro Racer series, as some guys who are far from the topic can claim, it’s a completely new series of metal detectors. This is the first Makro metal detector, which can be immersed to a depth of 5 meters, it is universal – you can dig with it on the ground too! Wireless headphones are included. It works perfectly in salt water.

The battery compartment and speakers, as it should, are in the detector block, not in the armrest. In general, they promise something completely new and interesting!

More details – later. So far there are only a couple of prototypes and it will be very funny if Makro will have time to launch their new series of metal detectors before the Minelab Equinox goes on sale. Looks like the battle of the manufacturers!