Weekend Out With The Makro Racer 2 (Diggers story, Photos+)

Many fans of this hobby usually go out to do what they love only on weekends.

I agree that I almost only go detecting on weekends.

The first day of the weekend

I went out to dig on a Saturday, I got an hour and a half. I took with me the Macro Racer 2 with a regular coil. In the settings, I set it to the “three-tone” mode, while the sens was at 98. The place had lots of garbage, so this is the search program here that will be most effective.
And so, digging all the small rubbish, I wandered to a small and very recently cleaned site. 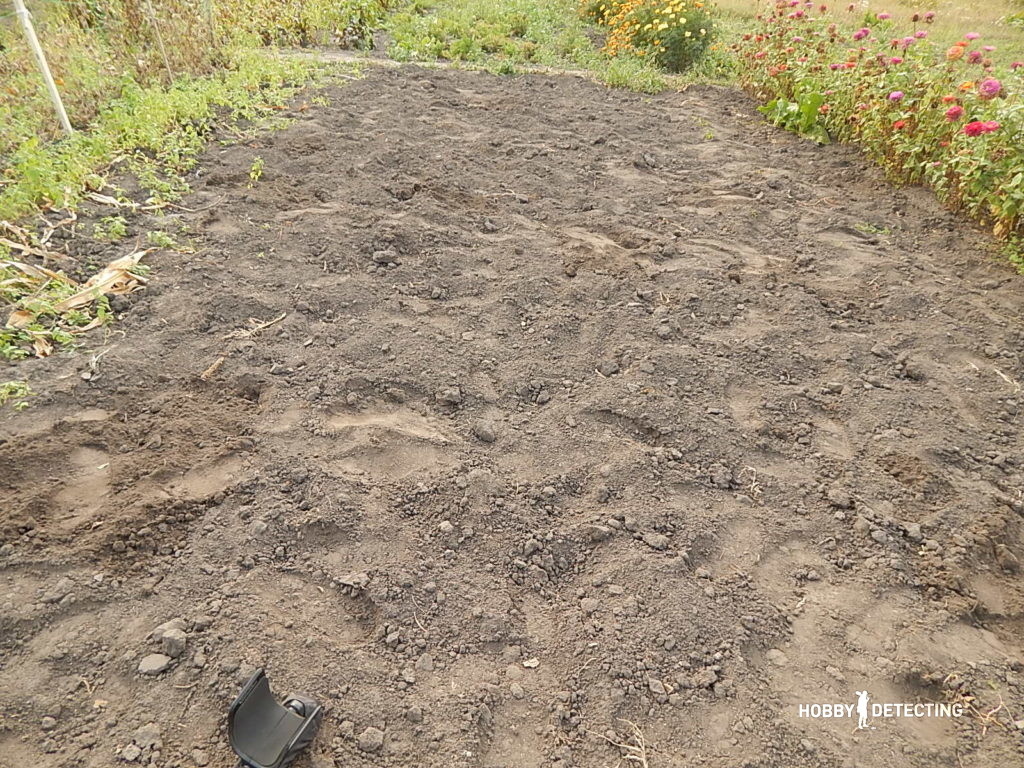 A piece of land, not big, so you will not have to rush it.
Having dug out a few wires, I catch a weak deep signal. I get the pinpointer – the target was exactly in the middle of the hole. I am deepening the pit and pinpointing the target in the dump. And then suddenly, my find comes out from the hole. An Engolpion! 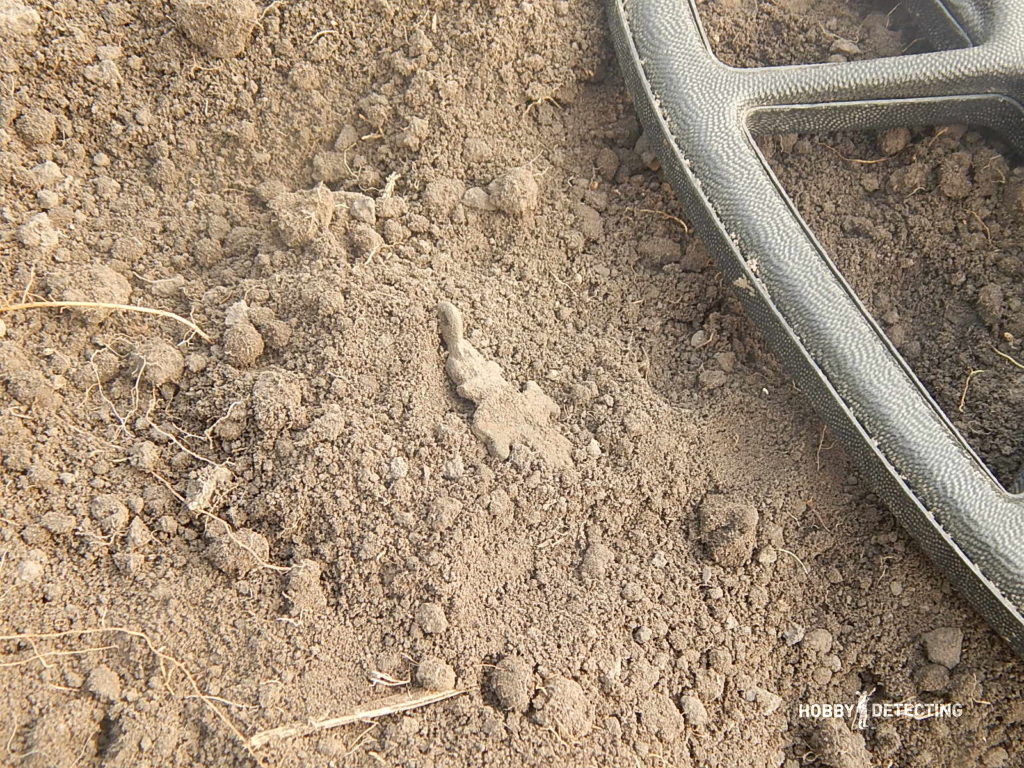 I can not believe it. I took it in hand –  it was really a cross-relic. 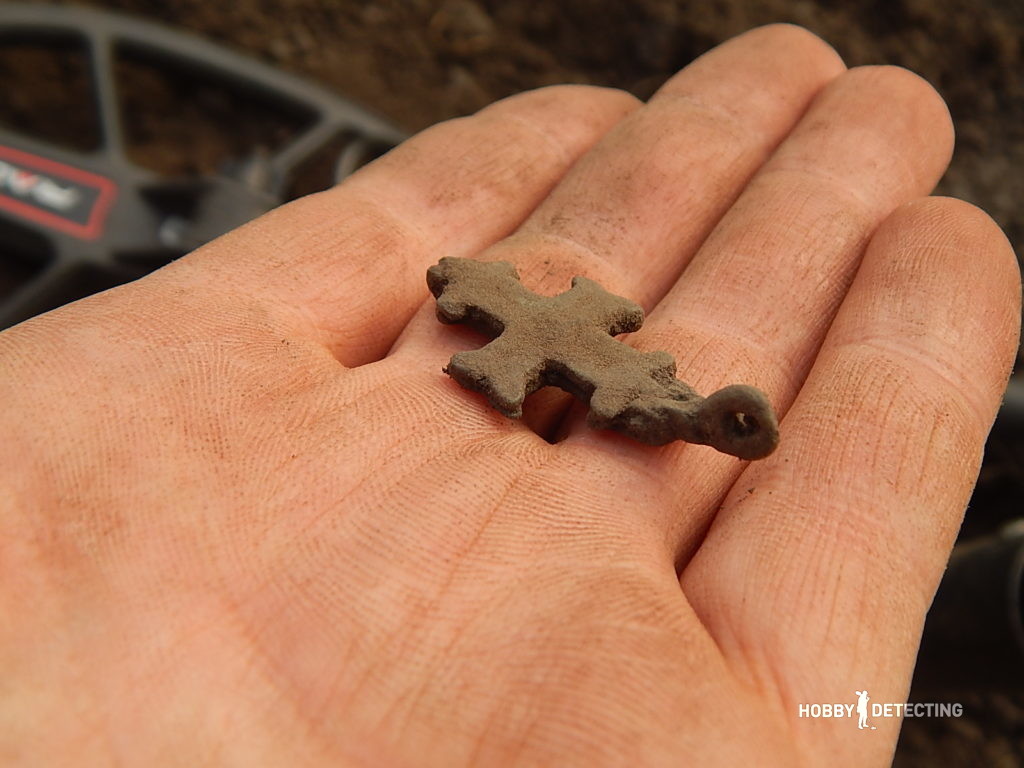 I have not seen this kind of crosses here yet, so I went to the Internet for identification. There I learned that my find is not out of the rare and the price of it was 15 – 25 $.
It was a straight-end, miniature, with pointed protrusions on the corners, 12-13th century, in bronze.
Continuing to detect at the same place, I got another find, which tells me that there was a small village in the times of Kievan Rus here. 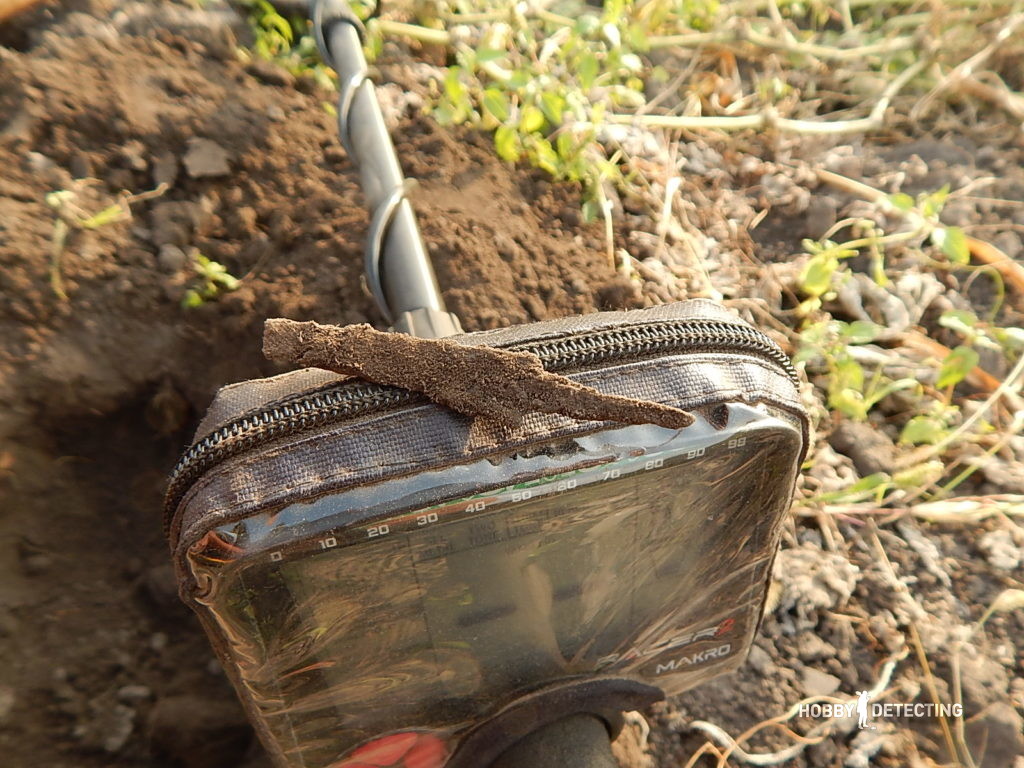 Such knives are an integral part of the old Russian villages.
Of course, on the site of my detecting, people were living a very long time, so that there can be found objects of any era. Well, that is what I’m looking for here with my Racer – his working high frequency perfectly sees bronze. So, for example, I found the leg of a small native cross from the end of the 19th century. 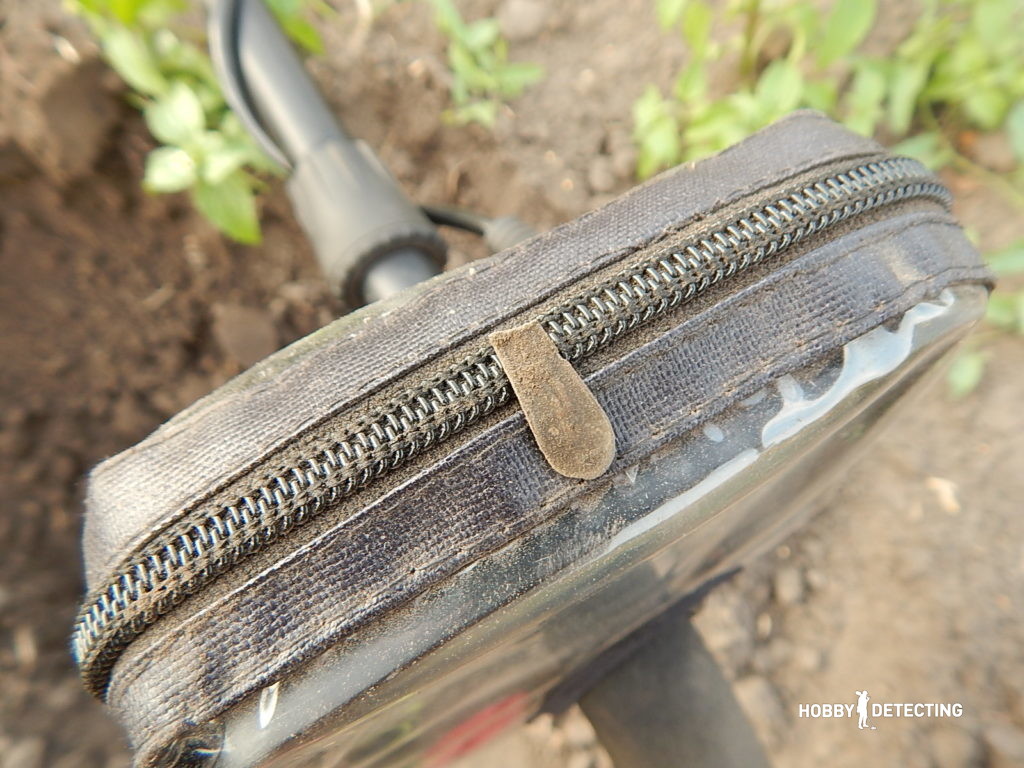 I walked slowly, digging good responses. After finding the first find, you could already go home, but you want to dig more, while the time permits it. 🙂 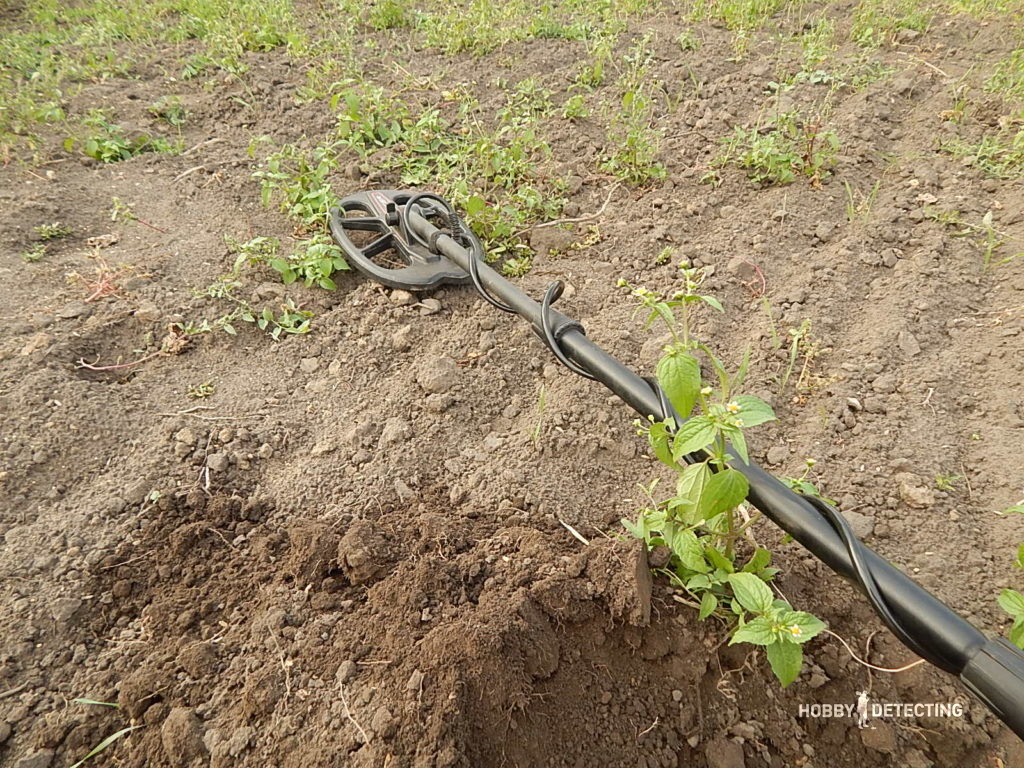 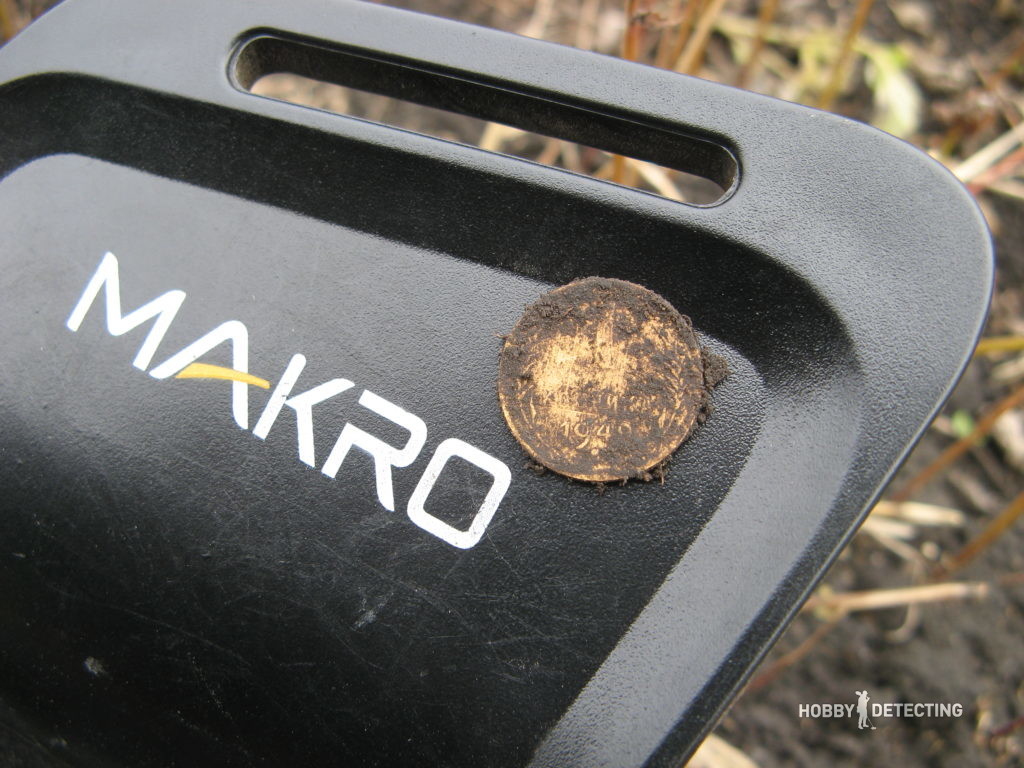 Returning home, almost at the very end, the metal detector caught a clear two-way response signal. I dug it out, and here it is! 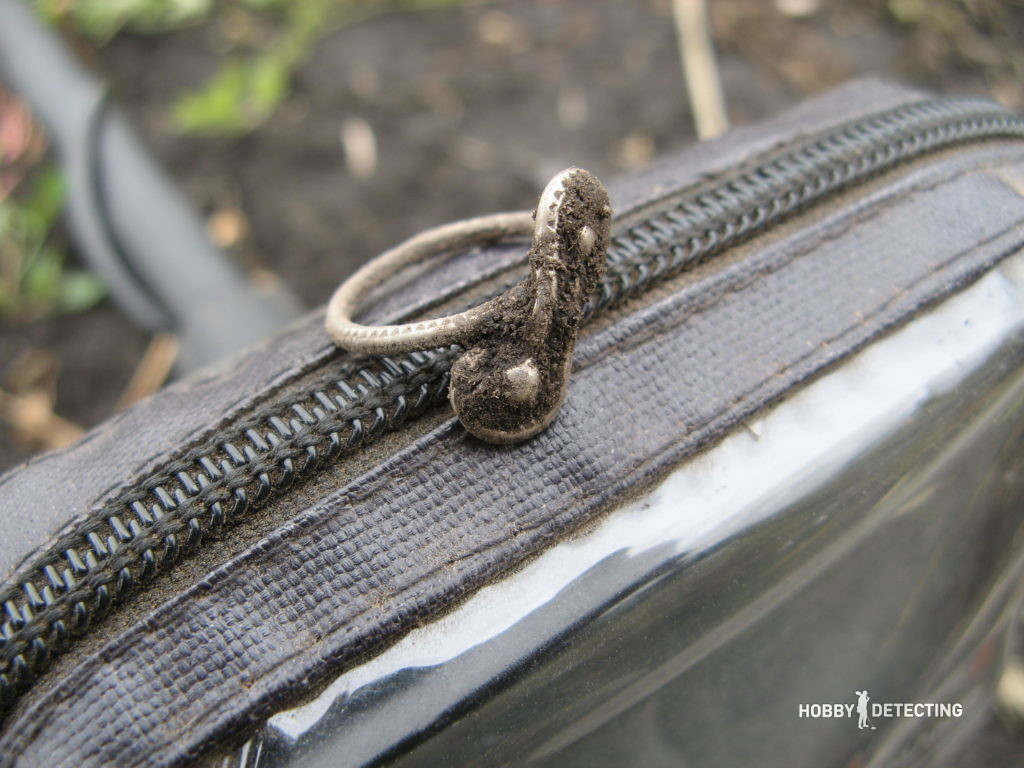 It was a little ring. I gave it to my niece, so she could fit the little ring on her little finger.
After wandering around, I dug out yet another coin. 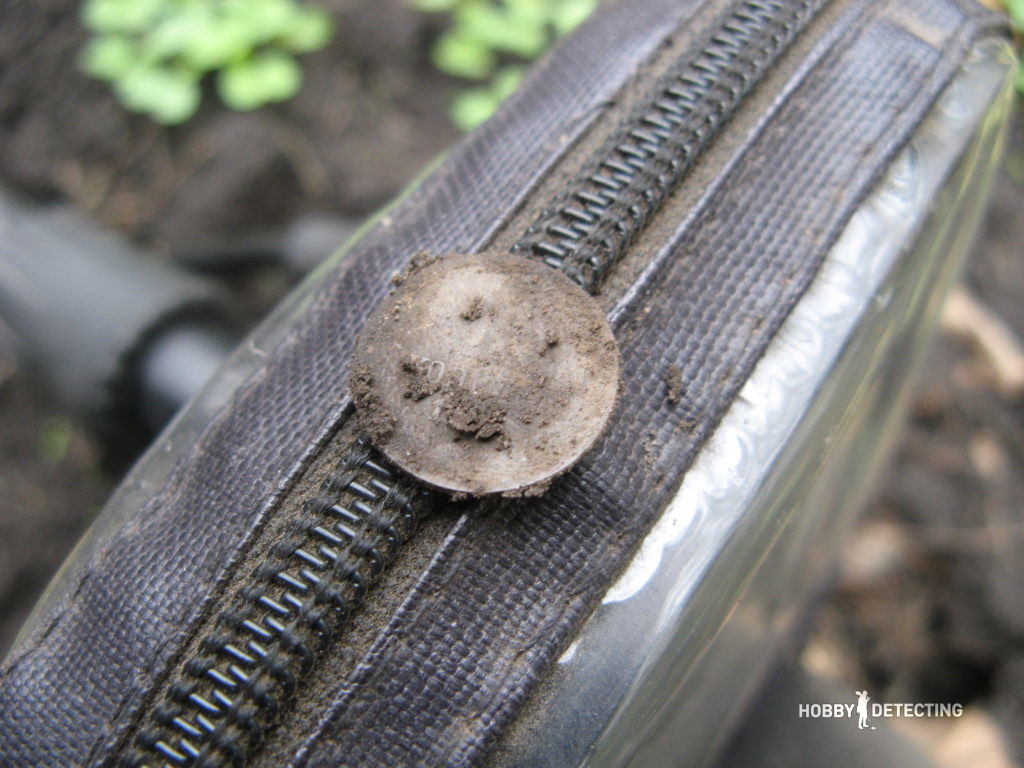 That’s how I ended the detecting on the first day off.

The second day off

On Sunday, I again went with the Macro Racer 2 on the spot where the finds should only please.
Not having time to even start the detecting, I had a good find already on the second good response. It was an excellent find – a cross from the times of Kievan Rus. 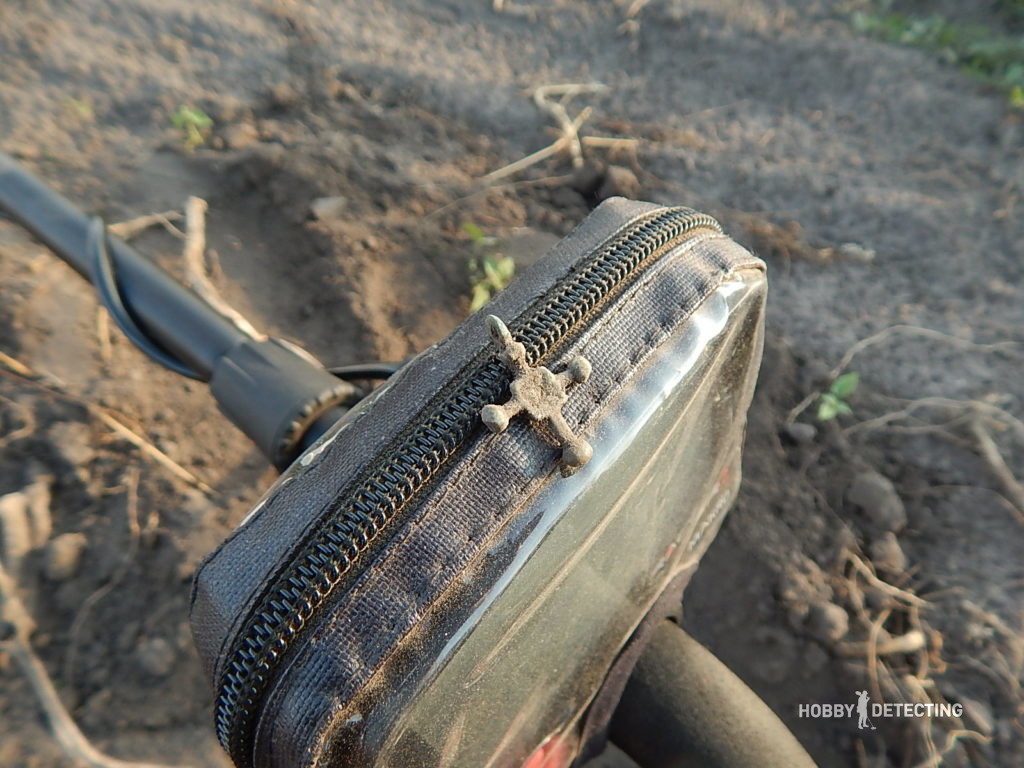 An excellent (as for an eight-hundred-year-old artifact) state with a whole eye. Such finds immediately raise the morale. 🙂
Passing about a dozen meters, I dug up the object of the Cossack times: 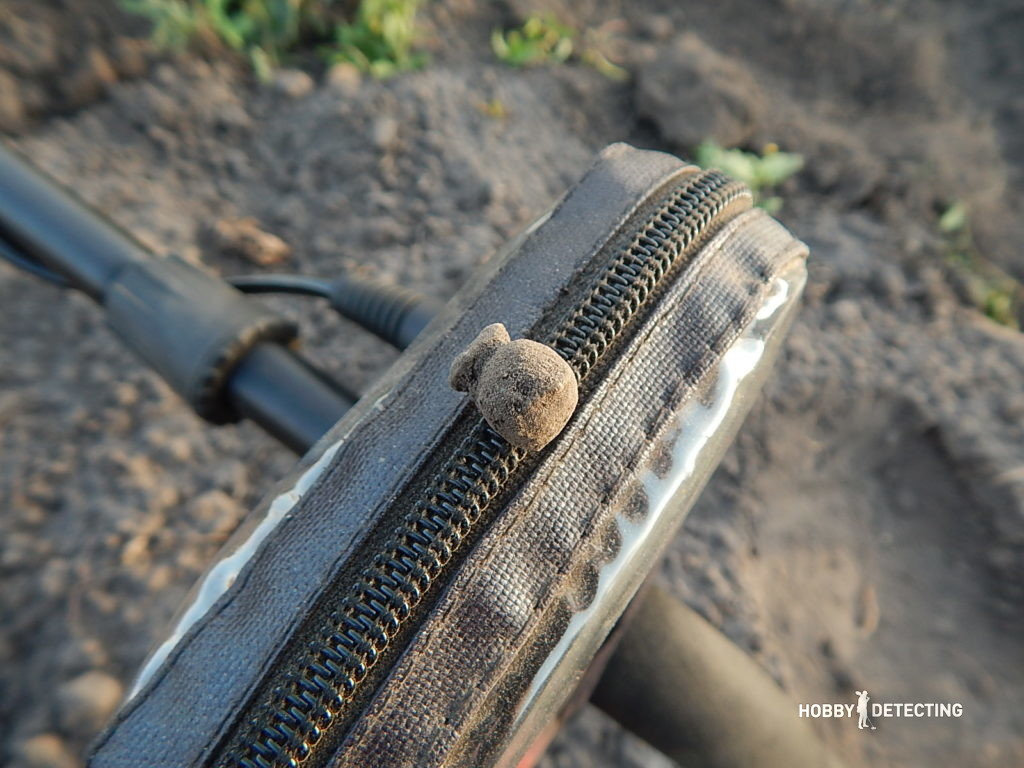 Then my search was interrupted, and I continued it in the evening.
Then I dug up a cross, but already much younger than the one that I got in the afternoon. 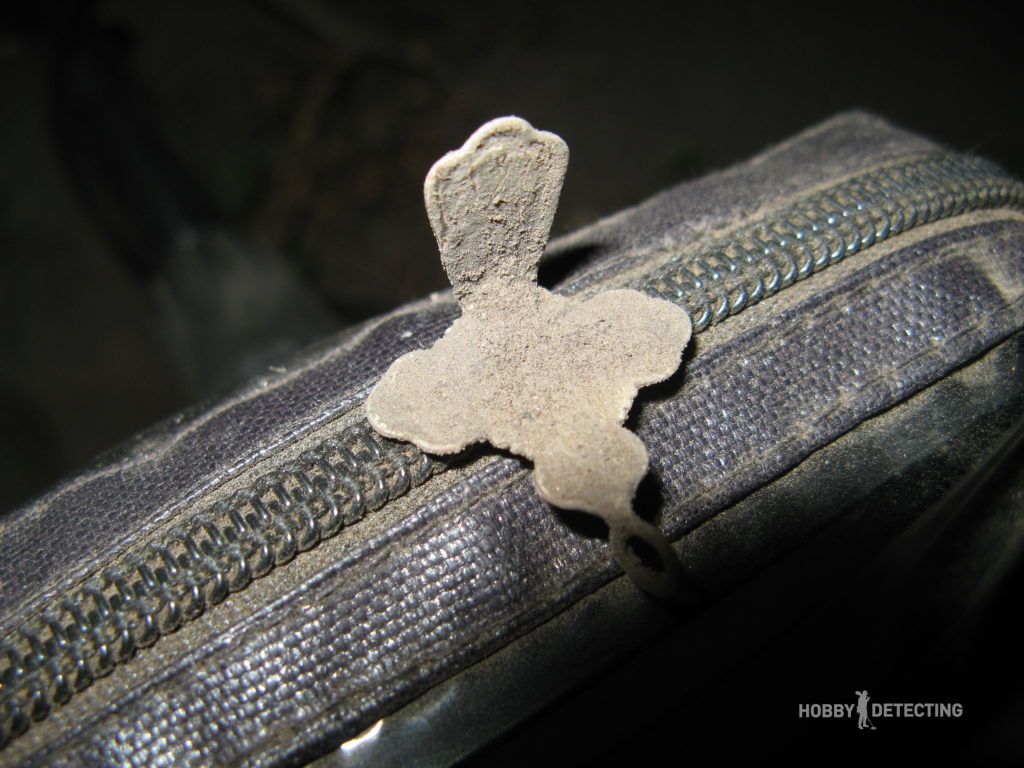 I used to dig such crosses here in the district, and they were all the same bent.
And the last very (for me) interesting finding was a tiny button-weight. 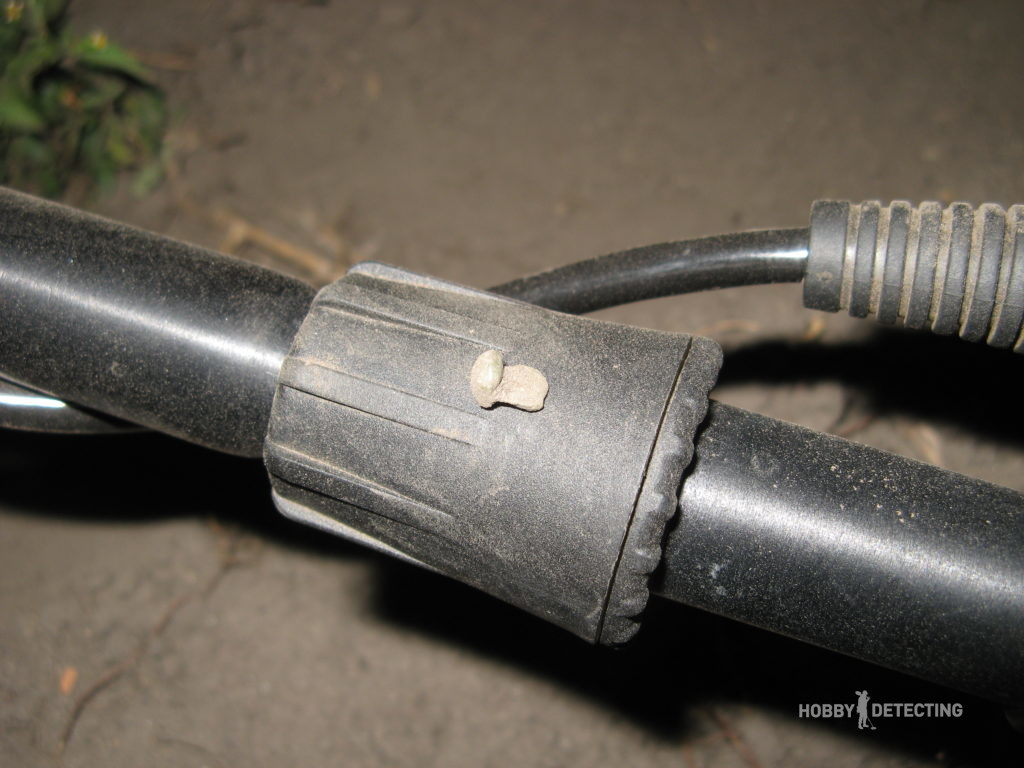 What amuses me is finding such objects: Any metal detector from the Garrett ACE series will not see such finds. Many times, following this as well, I found such buttons in the tracks after the ACE 250 and I was always proud of my detector. 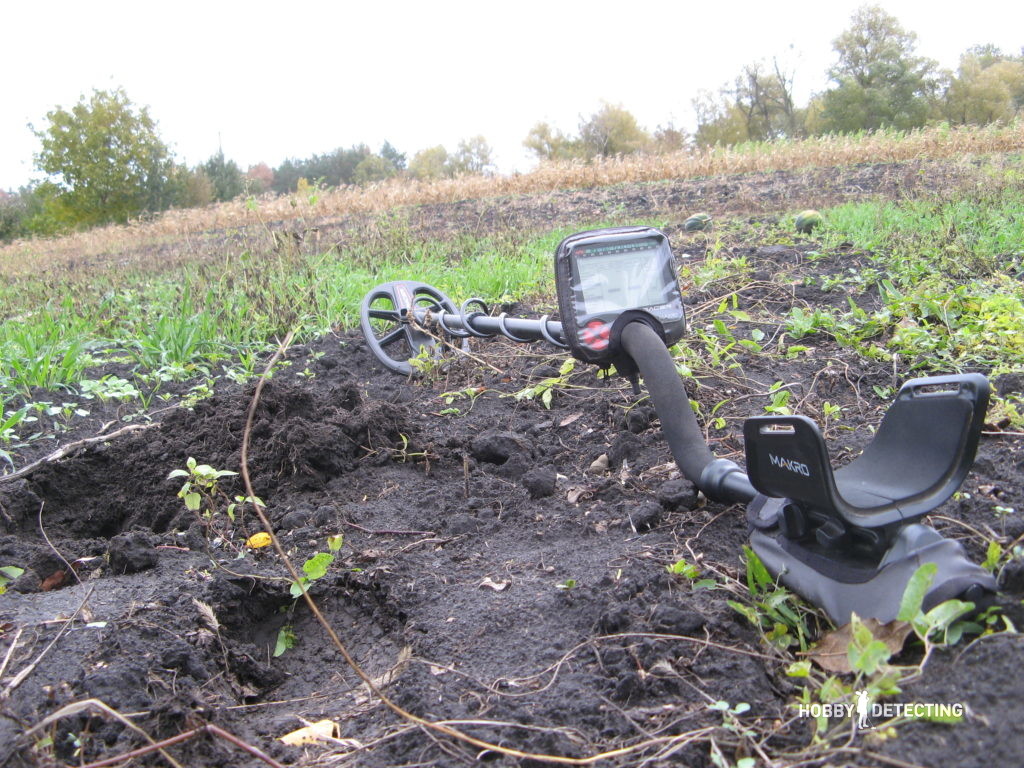 So with the metal detector Makro Racer 2, I managed to spend a good weekend in the autumn of 2017.