Estonia is a very nice country, especially because it is full of finds;). There is not much gold, but there is a lot of silver and Viking treasures. Detecting in Estonia is allowed, but you will have to take special courses (very useful and interesting!), And then pass an exam and you will get a license. The license lasts one year, and it must be renewed each year sending reports about where you dug and what you found. Maps, diagrams, photos of the finds and so on. By the way, for especially valuable finds you get paid 100% of the value. But this was not always the case…

Back in the year 2008 a team of workers was working on a road to lay cables. This village was small, directly on the small island of Saaremaa, the island itself is full of history – here you had the Vikings, fights in 1917, 1941 and especially bloody in 1944. Naturally, the remains of people are found quite often – the fallen soldiers of the two sides. 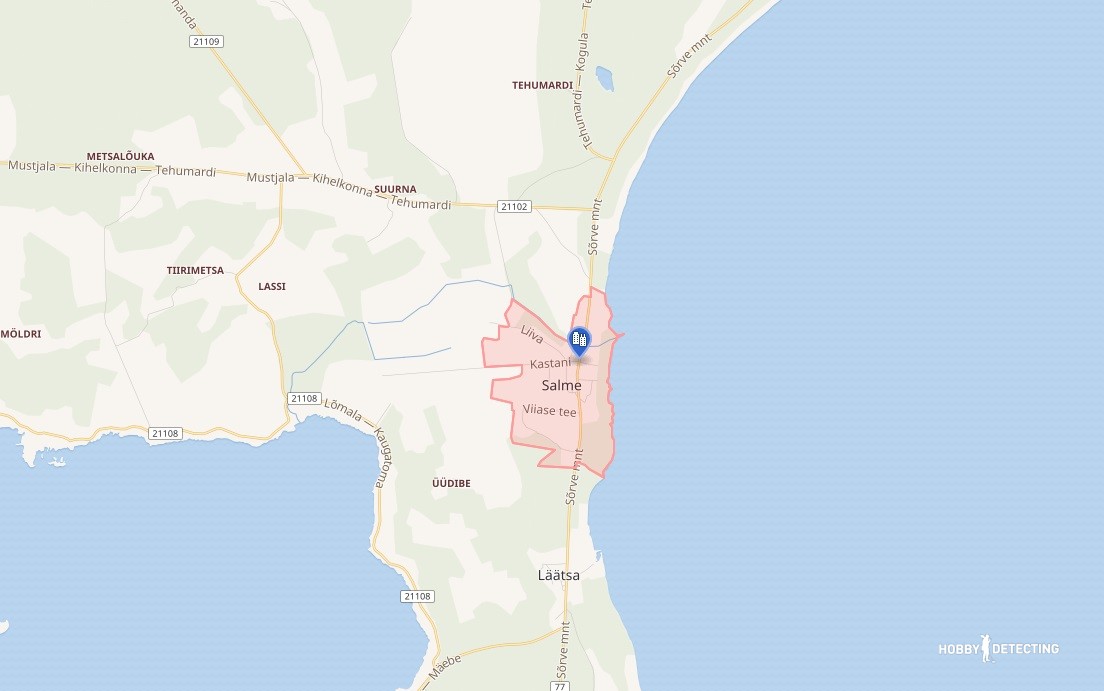 Salme is right on the south-western tip of the island.

And when the workers started digging, of course, out of the ground there began to appear various small pieces of metal and human remains. The first thing the workers began to think was that they came upon a small mass grave of Red Army soldiers who died in 41 or 44. They began to call their local archaeologist inspector of the Department of Protection of Antiquities, who redirected them to a team of archaeologists. Those were just digging somewhere at the other end of Estonia and when they arrived to the place of discovery (and the work had to be stopped before they arrived), then the first question that they asked was: “Guys, when was the last time someone fought with spears?”.

The ships in Salme 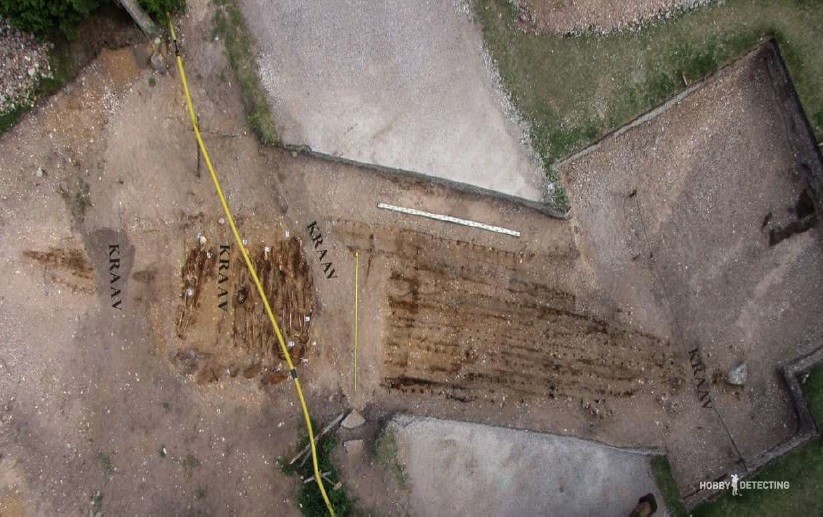 Now it was time to call the archaeologists. The poor workers had to stop the work, but then they found the first ship, named “Salme-1”, and in it there were 7 remains of vikings. Then, no one had guessed that close to this ship there was a second one… 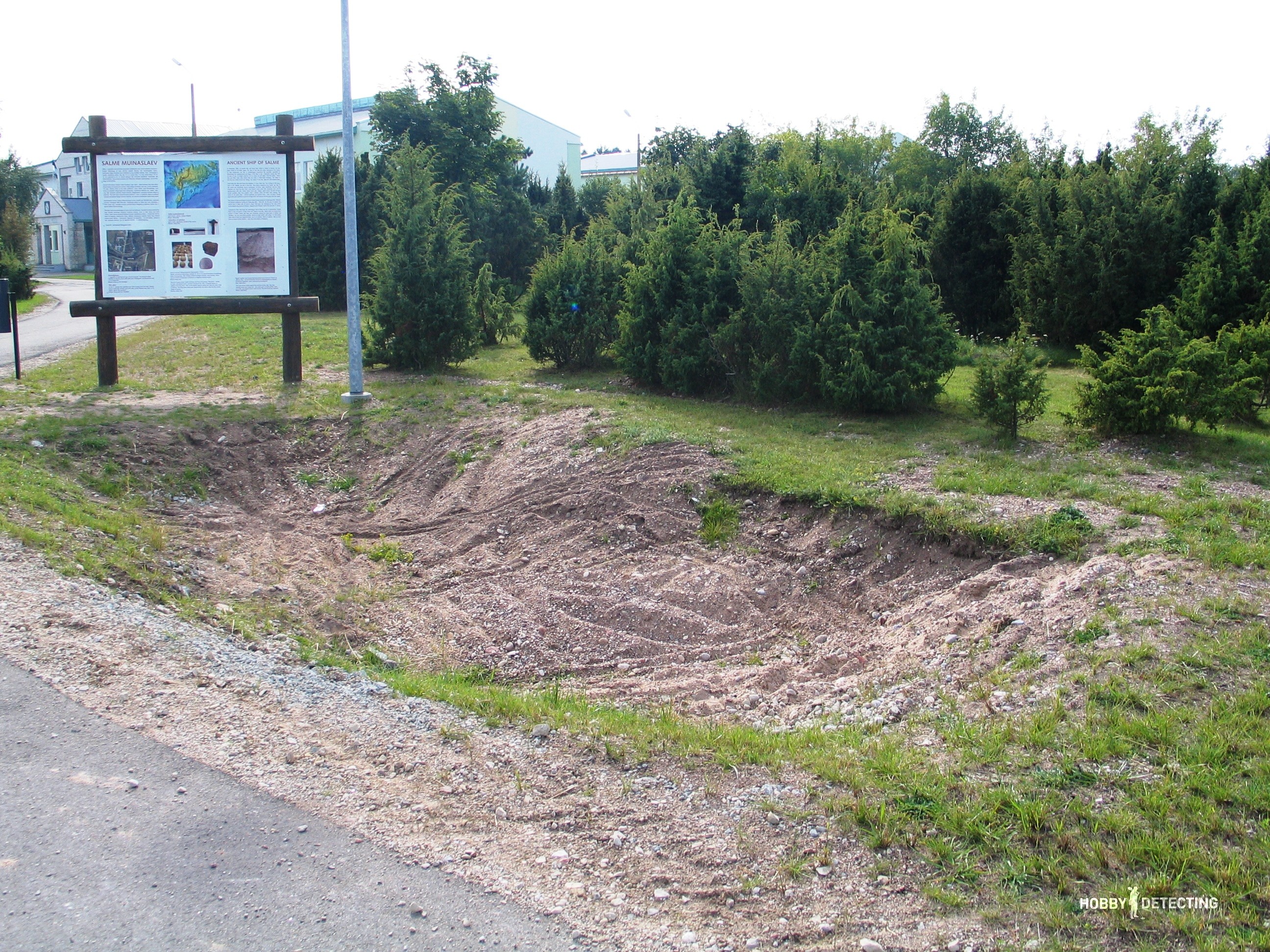 Three years later, not far from the place of the occurrence of the first ship there was found a second one. The ship was larger in size and had more remains in it. Who buried them here? What for? Why were he ships buried 200 meters from the sea? Usually the Vikings tried to bring their fallen comrades back home and bury them there. 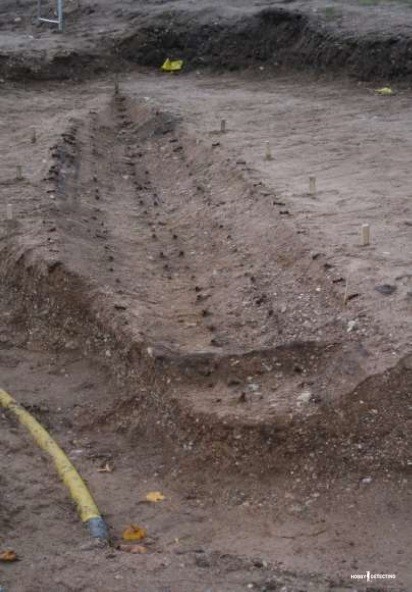 The second ship was 16 meters long and 3 meters wide. The only thing that was left was the iron nails, which were the indicator of the size of the ship. They are clearly visible in the photo.

The crew of the ship 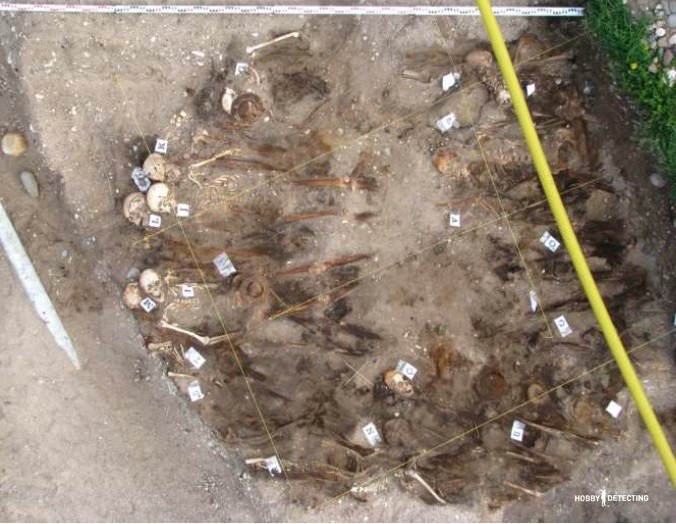 As expected the fallen were put in a circle of honor, along with their belongings. 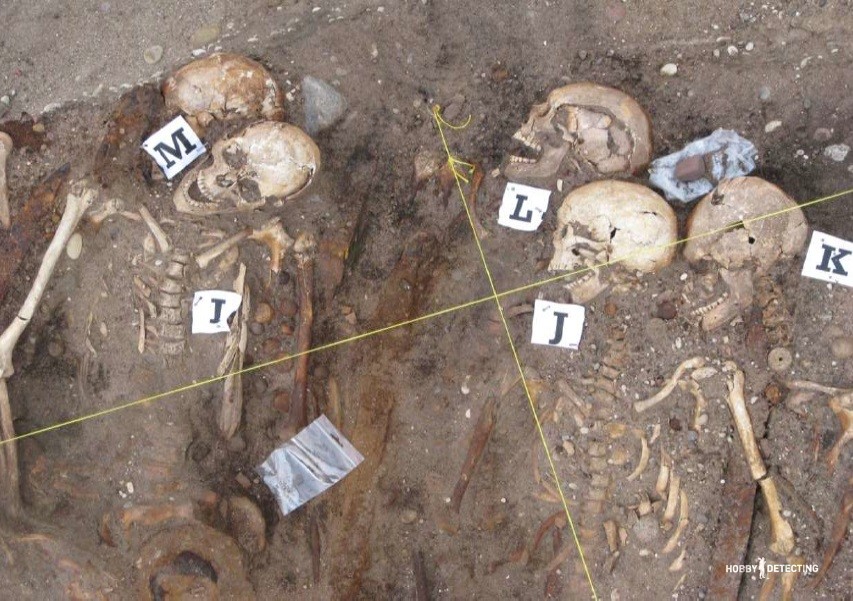 They are now feasting in Valhalla and awaiting Ragnarok 😉

An unknown Viking’s Sword. After 1,200 years it became the trophy of archaeologists! 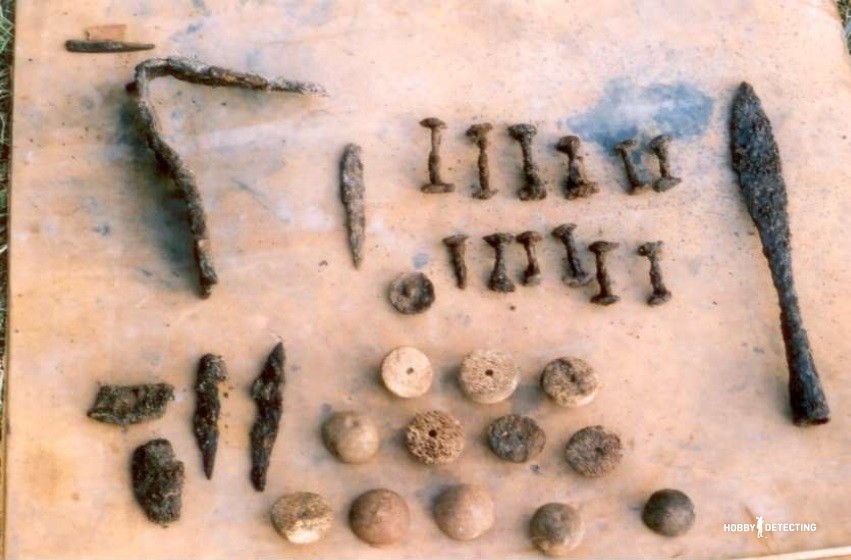 What else was in the Viking ships? There was weapons, swords, spears, and playing dices. Nothing but the metal nails of the ships were preserved.

Who were these guys?

So far it is unknown. Dating showed that the ships were built in approximately 650-s – 700-s BC, at the time the Viking Age was just beginning, and it is likely that these were pioneers.

According to another version, it is the tomb of King Ingvar Uppsala. According to legend, Ingvars army was attacked by a large army of local residents and, of course, was completely destroyed. The saga claims that they buried him and his army somewhere under some pine trees near the shore of the Baltic Sea, in the land of the Estonians. It sounds like a beautiful legend.

What do you think? What kind of ships were they and who buried them? History is full of mysteries, and for us armed with metal detectors, you can slowly, gradually open up and touch the stories themselves, appreciate this advantage!