Last season did not start too good. At the beginning of the year I was quite busy so I had little to no-time for detecting. Therefore, before the start of the season, I began studying maps of the area in search of something interesting. The main criterion was for it to not be too far away.

The city in which I live is big, and there is history almost everywhere you dig, but I did not want to learn this story on beaches and in public parks.

As a result, half an hour walk from the house I found a place – a big River, where there once stood a village. Now there is a park there, but the riverside is steep and vacationers do not go there.

At work, I made myself a net/scoop, and at the first opportunity I went to try it out. The first time I dug with the net (aka Scoop), It came out with old bottle caps, modern coins and lots of rusty nails…The next time I detected with it, I found even more coins, a huge wrench, and of course a lot of nails. 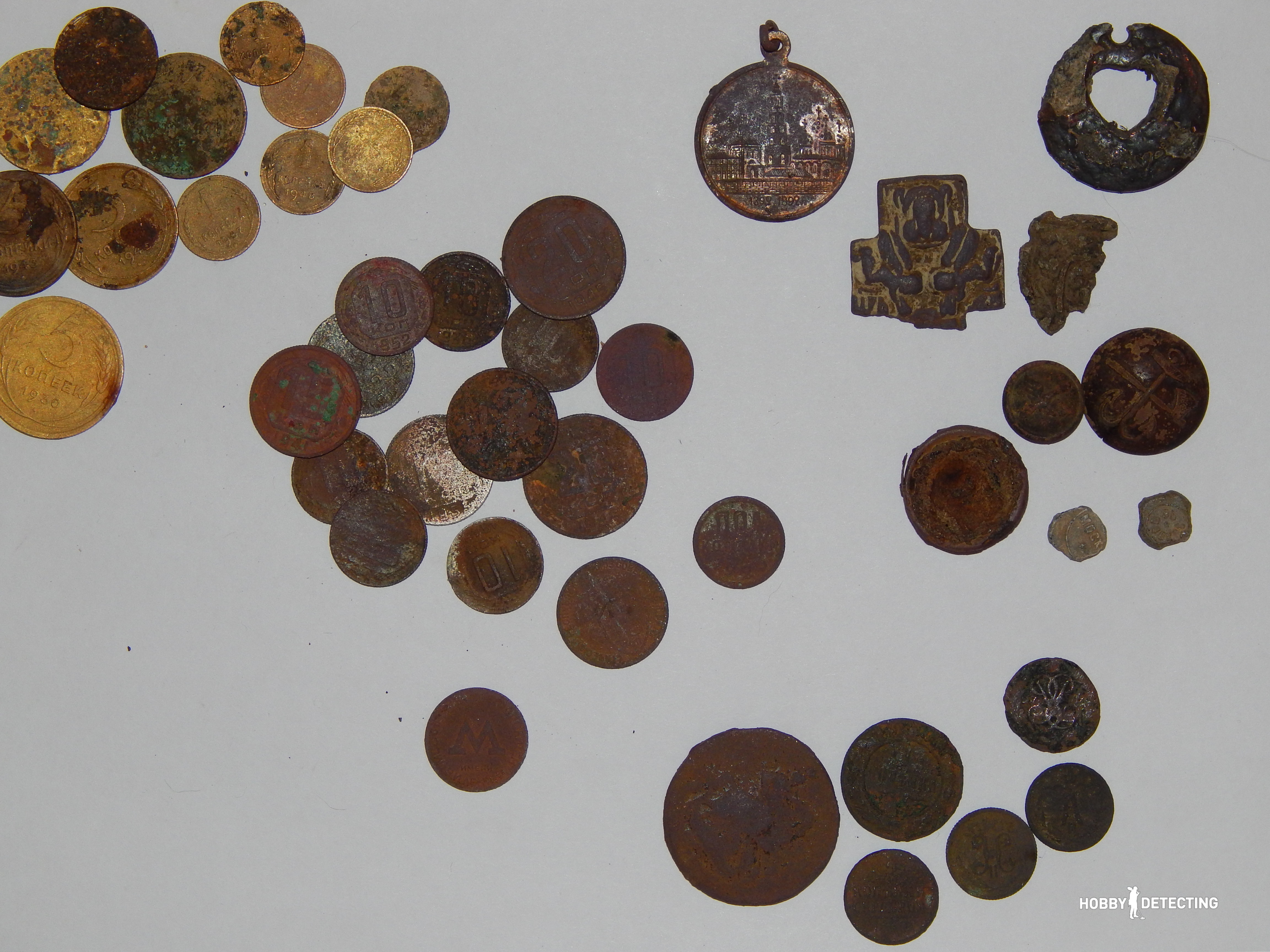 It is clear that in the old village the river was full of trash, but at the same time, the “main” street passed alongside the river. Something also had to be there! Moreover, during the demolition of the village it was partially thrown off into the river by bulldozers.
And then, looking forward to finding something of such things, I went on the third trip to that place. At first all went well: plenty of nails, some metal pieces, glass-ceramic etc… Only the coins fueled my interest and did not allow me to return home ingloriously. In the process of searching, I came to a small cove. Some streams had been flowing down the slope clearly for more than a dozen years, because they had cut through a small ravine. Two trees were growing at the edges of the bay, acting as a natural breakwater. I had a good signal and I found a few coins. I swiped my coil again on the same spot … Again, there was a signal. I dug … and again a few coins. After the fifth time, I embraced the hype. I put my detector away and began to dig through the sand with the scoop. I was overwhelmed with emotions that are difficult to describe, I will compare them with the “gold fever”. In this state, I cleared out about half a square metre of sand, and my phone began to call. My wife!!! I promised to come home and finish some things… 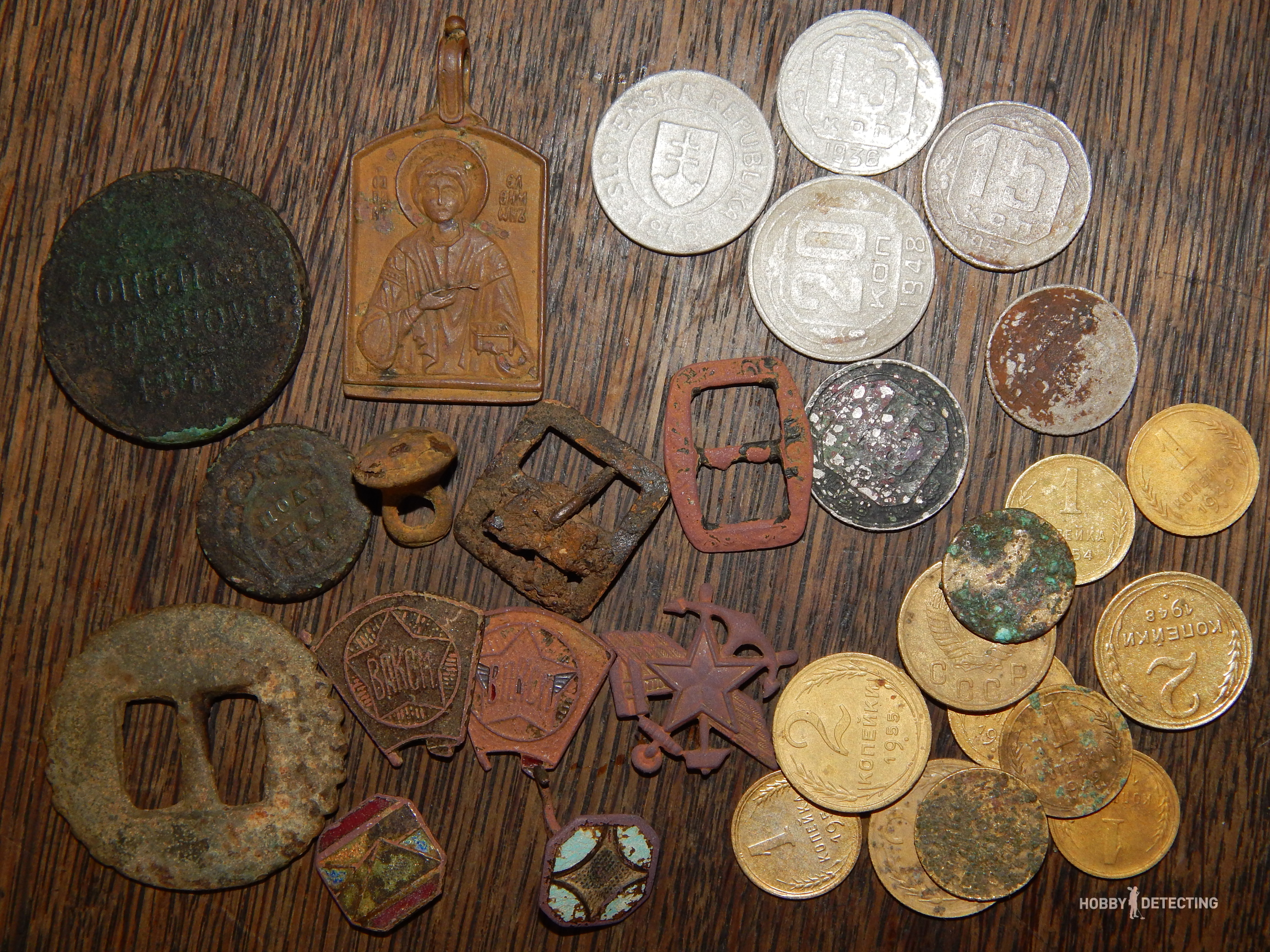 Well, nothing to do with that. I scooped a few more times in the area (more by greed than by expectations of valuable finds). When everything was packed down and I only had the detector left. I waved my coil one last time over the area and I got a good signal… And what would you do with it?! 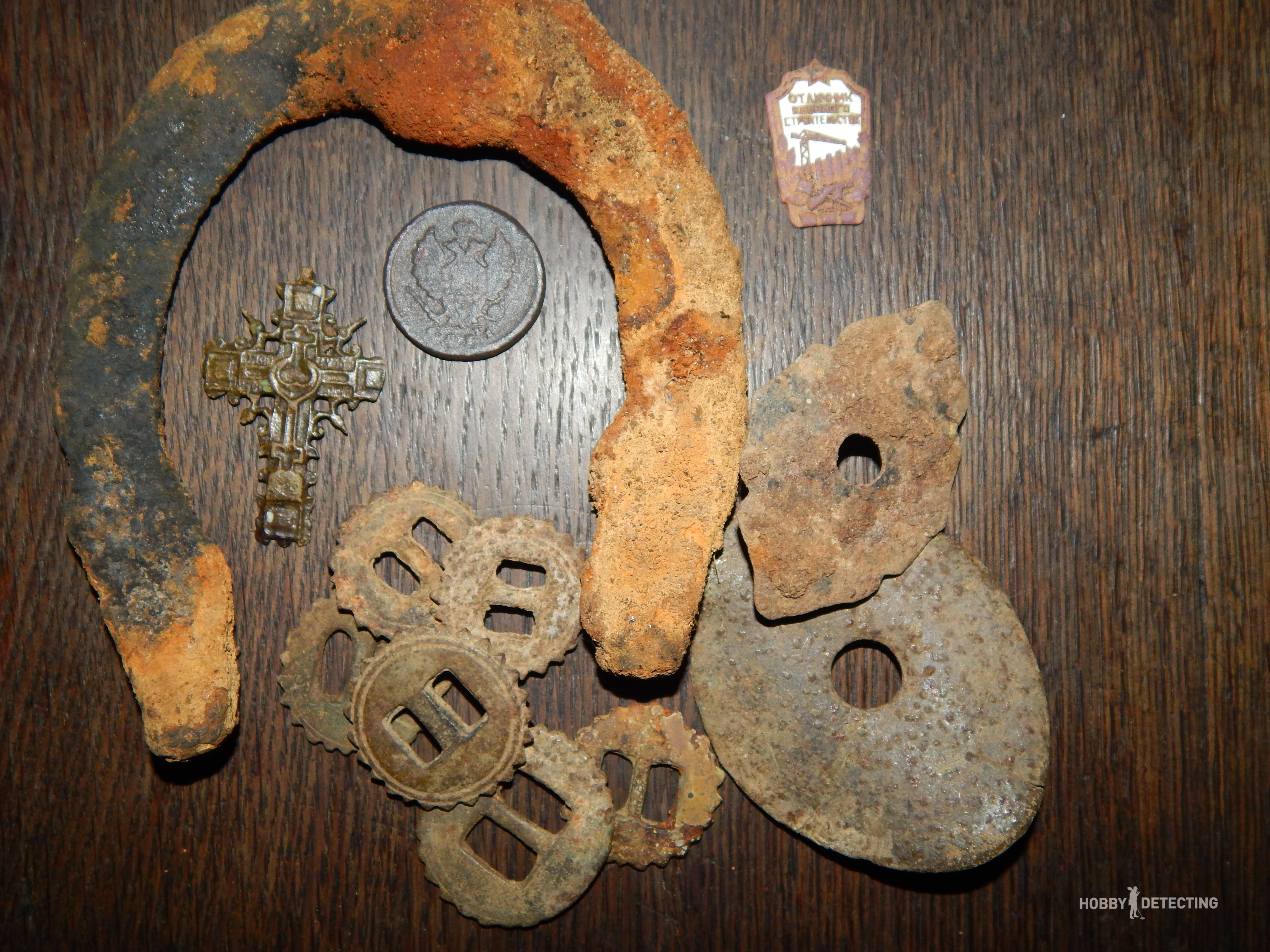 I went home with mixed feelings. Not because I found few coins (I found a lot of them), but just the fact that I walked away from a good signal (even if I would come back) … Well, you get my point.

Before the end of the season, I went digging every weekend. The result- over a thousand coins and a variety of accessories, jewelry etc. – In short, everything that the ancestors lost in the small but lively village during 400 years. 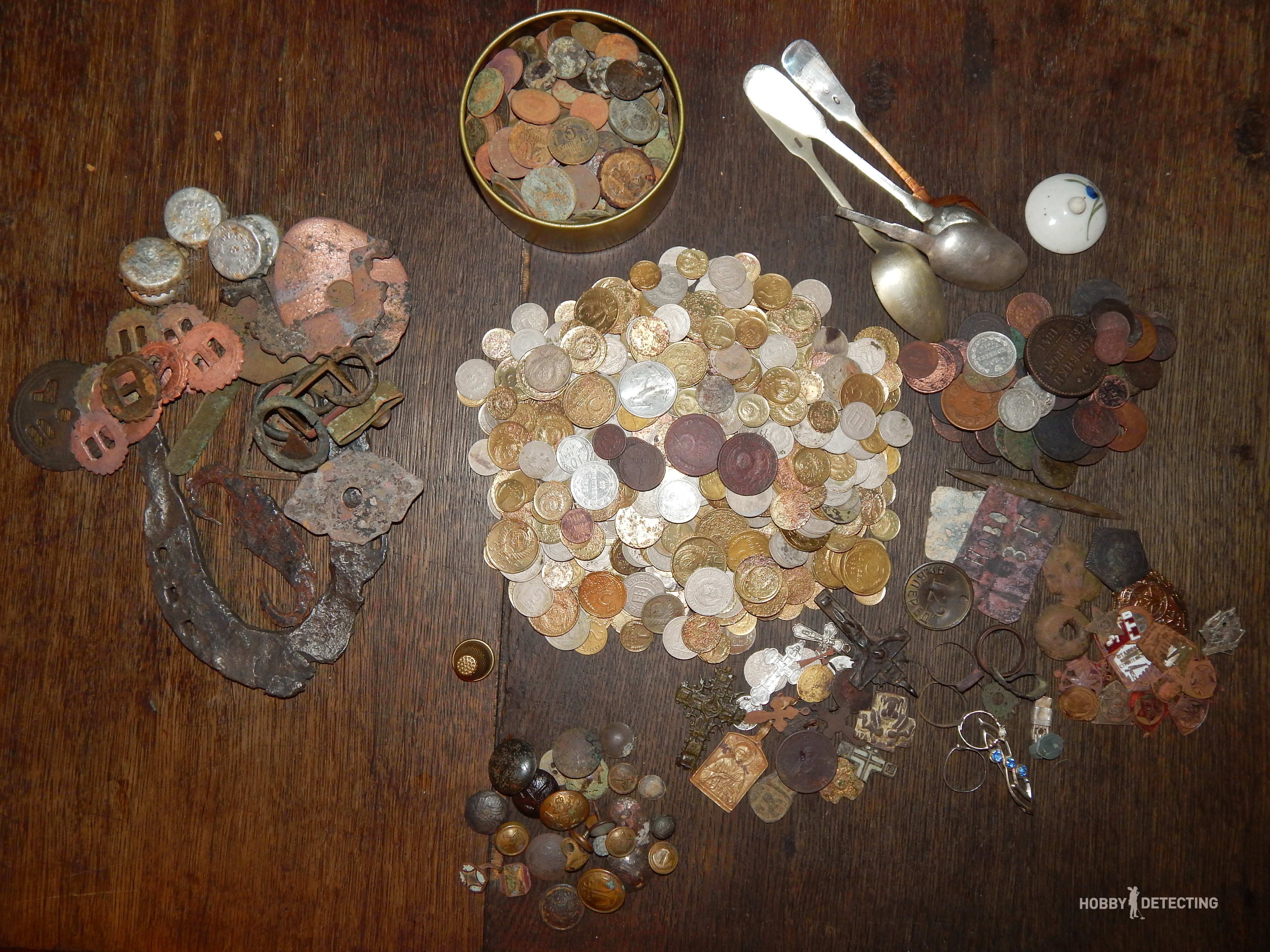 You may ask: “What are you going to do when the snow melts?” My answer is, that I will certainly check if there is anything left in that magical place. 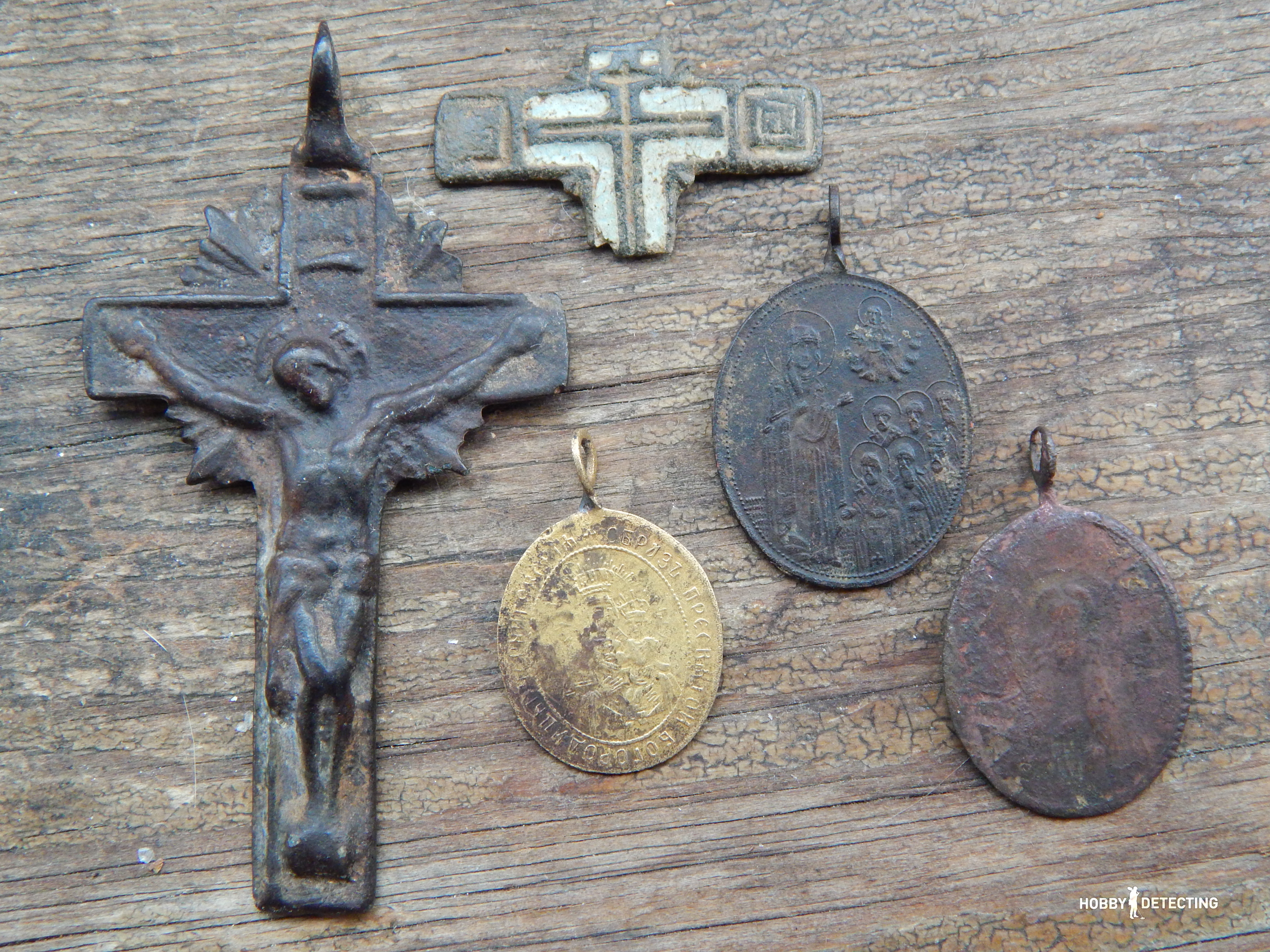 Liked this story and looking for more? Then you should go here!