This is a story sent to us by a digger, enjoy! 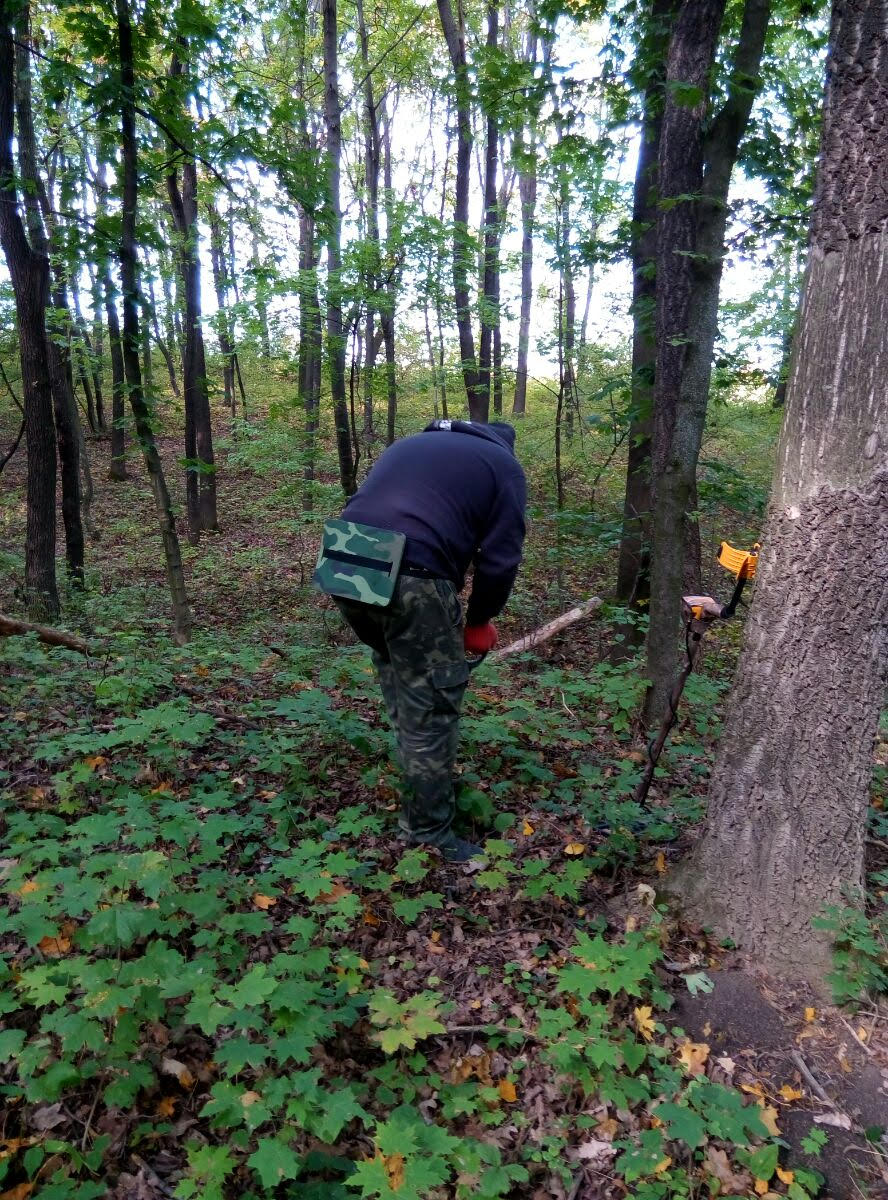 Hi, I want to tell you all my story of an unusual detecting adventure.

One day, my friend asked me to bring him to a corporate sports competition, which was attended by several companies from different regions, all somewhere 650 people, and these competitions lasted for three days. There was a lot of different fun contests, throwing eggs, water pistols war and balloon wars with water, a lot of delicious food, drinks, etc. A friend of mine was one of the administrators of this event. And he says to me: “Come on, take some rest have fun, meet new people.” Well, I agreed, especially since it was in the and for me it was also an opportunity to walk through the woods with my Ace 250.

So I folded my detector and accessories in the trunk, and we went to a place somewhere 400 km from home. We arrived in the afternoon, the place consisted of a tent city in the middle of the forest, around a few one-storey houses there was spread tent camps. We found our friends there, and it was so hot that we decided to go swimming. The lake was located somewhere around 700-800 m away from the camp. The lake itself was quite big, and on our side of it there was a little beach.

After we had a decent swim in the lake, we came back and decided that we would spend the rest of the time on whatever we wanted. I took my bag with the Ace 250 and the necessary things and went into the woods. The forest was quite thick – a lot of high and low vegetation, so that in some places it was dark even in the middle of the day. Despite the fact that it seemed unexplored here and there, there were visible traces of other people in the form of various foils, and beer cans too.
My first little find was after an hour and a half and was a 3 kopeks from the Soviet period in 1924. Inspired by this find, many useless finds later I got a little lucky and I found a Polish half-eaten by time silver coin. 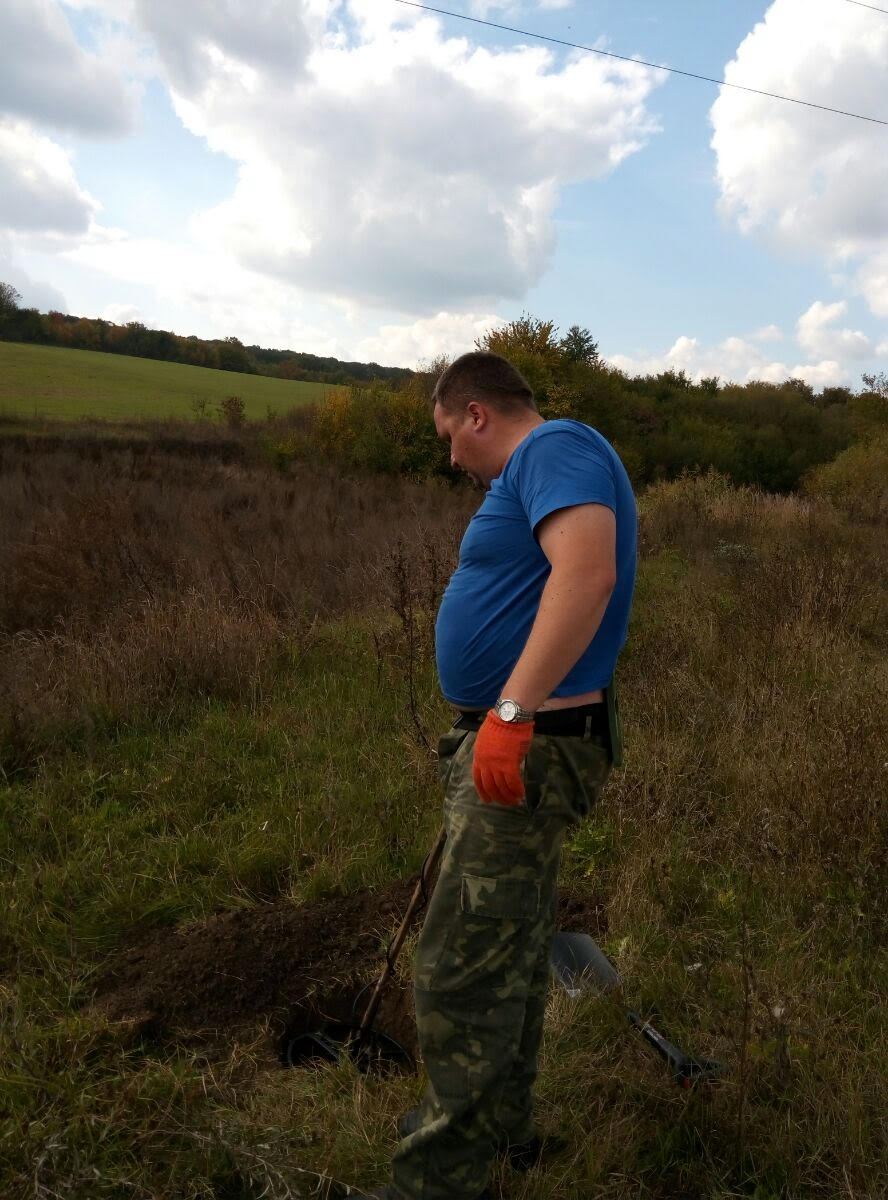 I started going back to the camp, I found my friend, showed him the finds. He joked about it – instead of digging for five hours, it would be better to hang out with us he said. He took me into the dining room on the outskirts of the camp and I had dinner last of all.

After the first day of the competition everyone started to prepare for the evening’s drinking round. I decided to go detect for a little while. The sun had almost set, but I still decided to do a rapid run to the lake, while I was going, it started to slightly rain.
With difficulty realizing where I was after a few meters down the trail, I suddenly realized that I was lost… And besides, the rain also gradually escalated more and more. My attempts to move to the sound were negated by drops pounding on the leaves. About fifty meters down the path I realized that the path was divided into three parts.

During the day, when we went with my friend I had not noticed the way, because he knew the way and I did not care, and in the evening when went to the lake, did not notice, because I thought that if I had then walked, then I’ll find a way now too. And here I am faced with a choice. I remembered the Russian fairy tale saying; chose the middle path.

Going for a long time, I realized that I was now even more lost. I do not know how long I wandered, but it seemed to me that for a long time, and as always in such cases I started to imagine different horror scenarios which could happen. And although I am a healthy guy, 190 cm and 130 kg in weight, I was really scared, but you, of course, people are brave, you would not have been scared ?, but it was me.

After what seemed to me like hours of walking in a subtle darkness I suddenly saw the outlines of the very dining room, where I had dinner a few hours ago. According to the principle “I see the goal – I do not see obstacles” I Rushed towards it. When it was about ten meters away, suddenly the ground disappeared from under my feet, and I fell into a stinking pit, where, as it turned out, it was discarded food waste from a generation of athletes. All this plus the coming rain made my “bath” very difficult to get out from!

I dragged myself up from the hole on to solid ground. The package with my dirty clothes, and all the so-called clean had been completely destroyed alongside with my food. Cursing myself, going between people sleeping in tents, I somehow found my car, took out a flashlight and just in case the phone, put it in the bag, took a second set of clothes and walked back to the lake.
Walking on slippery ground, I memorized every turn and every tree which is found along the way. I had a swim once again and changed into the third and last set of my clothes. When I reached the camp, I fell into a deep sleep, which lasted exactly as long as to the moment when the athletes began to wake up wanting to get drunk after yesterday.

I could not sleep more that day. I told them about my adventures. And at the time I became a local celebrity.
As my clothes were hopelessly spoiled I did not go detecting more that day. All third day of the competitions I played volleyball and tennis, joining one of the teams.
This is a funny thing that happened to me a couple of years ago. My fellow diggers please note my mistakes! Always take a phone and a flashlight with you, and preferably two. Good luck to you all. Best regards, Sergei.
PS! As you probably already understood I did not take pictures under those circumstances.

Here are some photos of the coins i found: 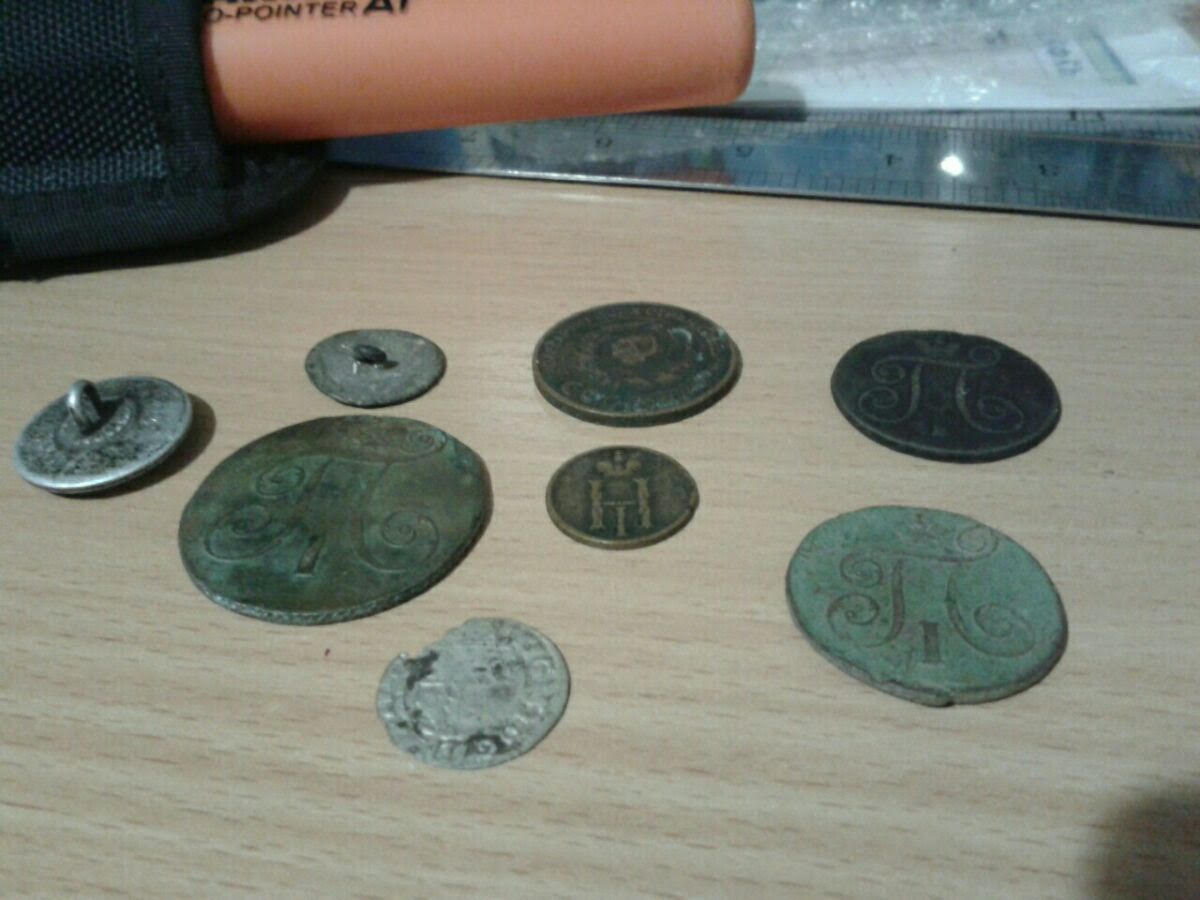