Metal detecting is a very popular and widespread hobby, and in the last century, the number of hobby detectorists has increased greatly. There are a lot of countries where metal detecting is allowed, and in most of these countries, the hobby is very popular. Sweden is no exception for this, but at the start of 2018, there was a new law passed in Sweden that has sparked a lot of discussions.

At the turn of the year 2017-2018, application fees for metal detecting were introduced. In view of this, the “Riksantikvarieämbetet” (archeological council of Sweden) will revise its regulations on metal detecting. The amendment will be sent to referral no later than March 2018.

What does this new law say?

The existing laws for metal detecting are contained in Chapter 2 of the Cultural Environment Act and sections 18-20. If you want to read what is in this law, then this is available (in Swedish) from this link.

Briefly what the law says about metal detecting

Metal detectors, or metal seekers, are defined in the Cultural Environment Act as “a device that can be used electronically to track metal objects underground”. If you have an appliance that meets this definition, a license from the county administrative board is usually required for use. 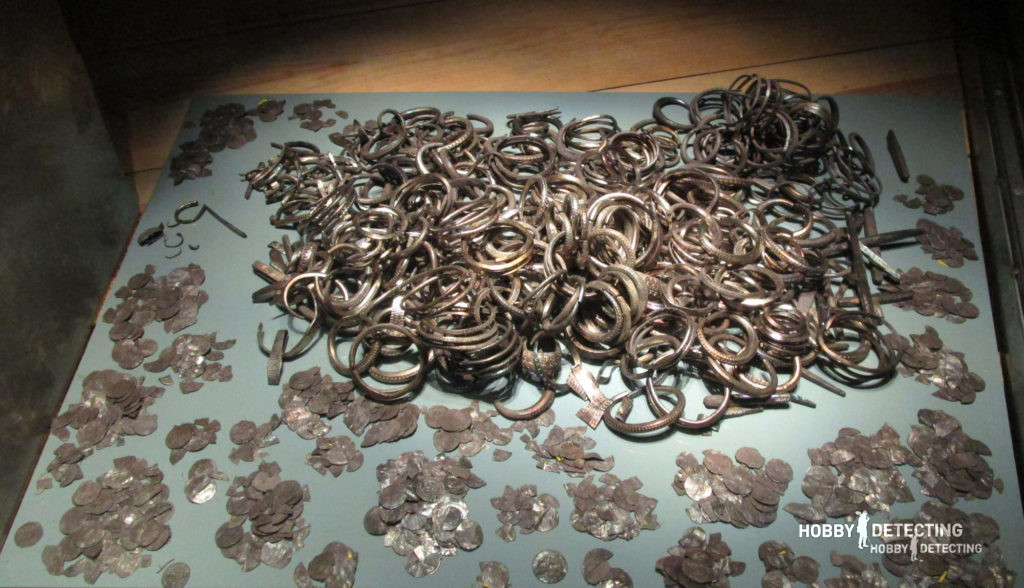 A viking tresure that was found in sweden using a metal detector.

As an individual, you can get permission within well-defined areas and for a limited time.

Usually, you do not get permission to search on or near ancient sites where there is a chance to find very old objects. As an individual, you will not be allowed to specifically search for items older than 1850.

This also means that from 1 January 2018, the County Administrative Board will issue a fee for applications for permission to use metal seekers. The fee will be 700 Swedish Kronor for each application and each geographical area for which you apply for a fee. The background to the fee is a change in the Cultural Environment Ordinance.

What do you need to think about if you want to use a detector in Sweden?

Authorization from the county administrative board

As an individual, you need permission from the county administrative board to use a metal detector. This also applies if you are an entrepreneur and intend to use the metal detector in your business.

You can get permission within well-defined areas and for a limited time.

In order to ensure that detectors are not used in contravention of the Cultural Heritage Act, the County Administrative Board may impose conditions for the permit. The terms may differ depending on the purpose of the metal detecting and the area affected by this license.

According to law, you can, to some extent, use the land of others, primarily by traveling over it, at least on foot, and for a short while staying there. But if you intend to dig on the land, you need to have authorization from the landowner.

Other laws to be followed

In addition to this, other laws must be followed. If you have permission to use a metal detector, you have the sole responsibility to find out and to know what is applicable under other laws and regulations. Many times, the county administrative board adds some information about other laws as an information in the decision.

Why this law was introduced

And then you can ask yourself this question: why was this new law introduced? Well, here’s the problem:

The archeologists in Sweden have received a lot of items from detectorists, and in the end, it was just too much for them to handle with their given economical resources. They asked the politicians to help them with the economy because they couldn’t handle the number of finds brought in. 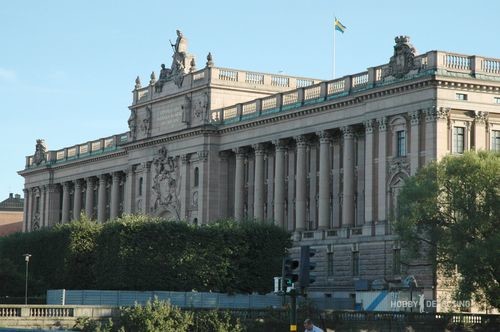 The politicians, in their turn, saw an “easy” solution to this problems by introducing a detecting fee, without knowing much about this hobby and the consequences of this new law. And officially they state that “the Cultural heritage act was changed, and in according to this we have made adjustments on the detecting laws”.

New law and its consequences

This new law in Sweden has sparked a lot of discussions in the archeological community, as well as among amateur detectorists. Most detectorists, as you can guess, are outraged by this law and think that this is complete nonsense. It is claimed that the introduction of this law will lead to increased illegal detecting activity and that fewer finds that may be of cultural interest will be reported. 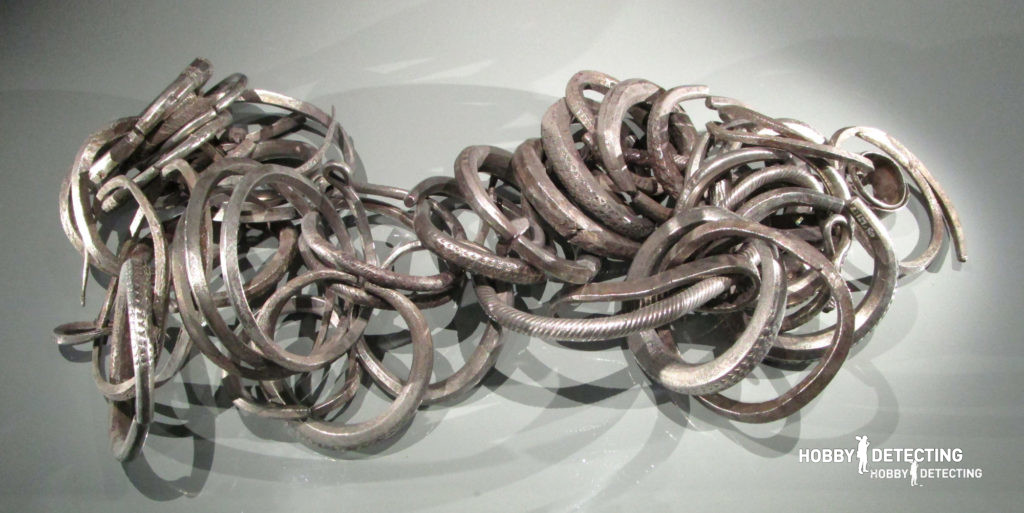 The picture above shows a part of a viking treasure that was found in sweden using a metal detector.(Read this article here!) Finds like these may not get reported because of this new law.

My personal theory is that most amateur detectorists will give up their hobby. A fee of that much is not very realistic, and most detectorists will feel that it will not be worth it. This will of course lead to mainly three things: there will be a lot of second-hand metal detectors sold for a good price in Sweden (great for anyone looking for a good deal), the Swedes will travel to the neighboring countries to detect and if you think realistic this will increase the amount of illegal detecting activity in Sweden.

What do you think about this new detecting law in Sweden? Do you think this will inspire other countries to do the same?