This will be the final post about the IWA exhibition 2018 in Germany will be about Minelab. No more detecting manufacturers were present on this exhibition, and therefore there is nothing more to write about.

Minelab arrived with a very large stand this year. I managed to visit them and talk with the team about future developments and their plans to create new models of metal detectors. However, let’s start in order. 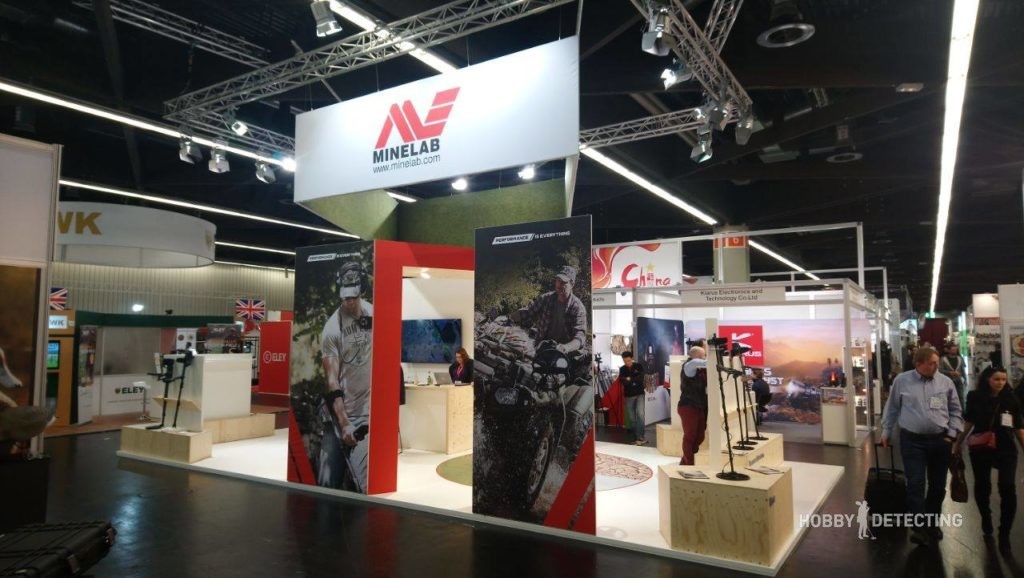 The Minelab stand was the largest stand, larger than the Makro/Nokta stand or First Texas. But Minelab hadn’t been present at the exhibition for a couple of years already, so they could afford such a luxury.

Basically, all metal detectors and pinpointers in the Minelab line, everything from gold searching detectors to models for finding coins and relics were present. 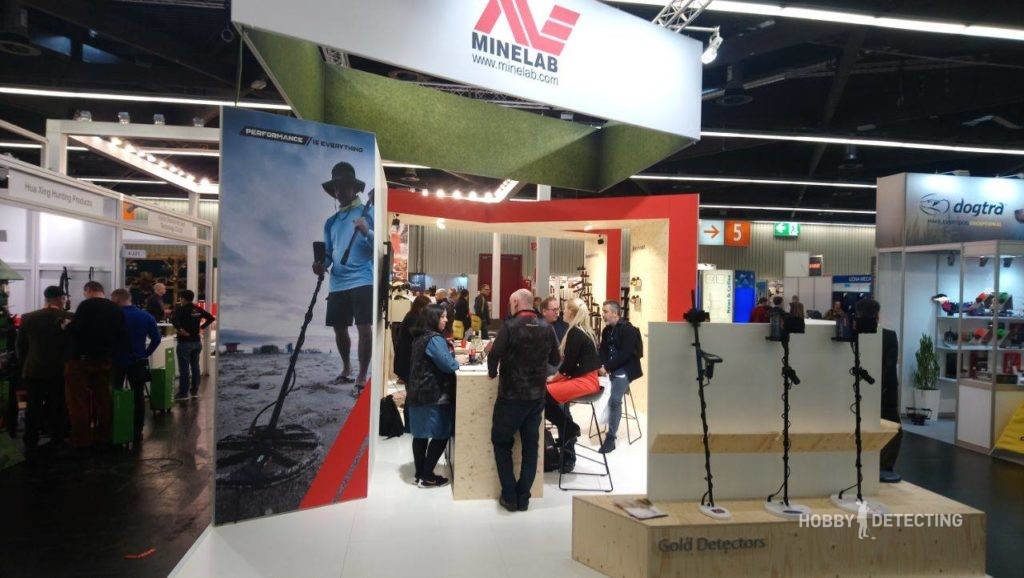 As you know, the detectors for finding gold from Minelab are among the best. 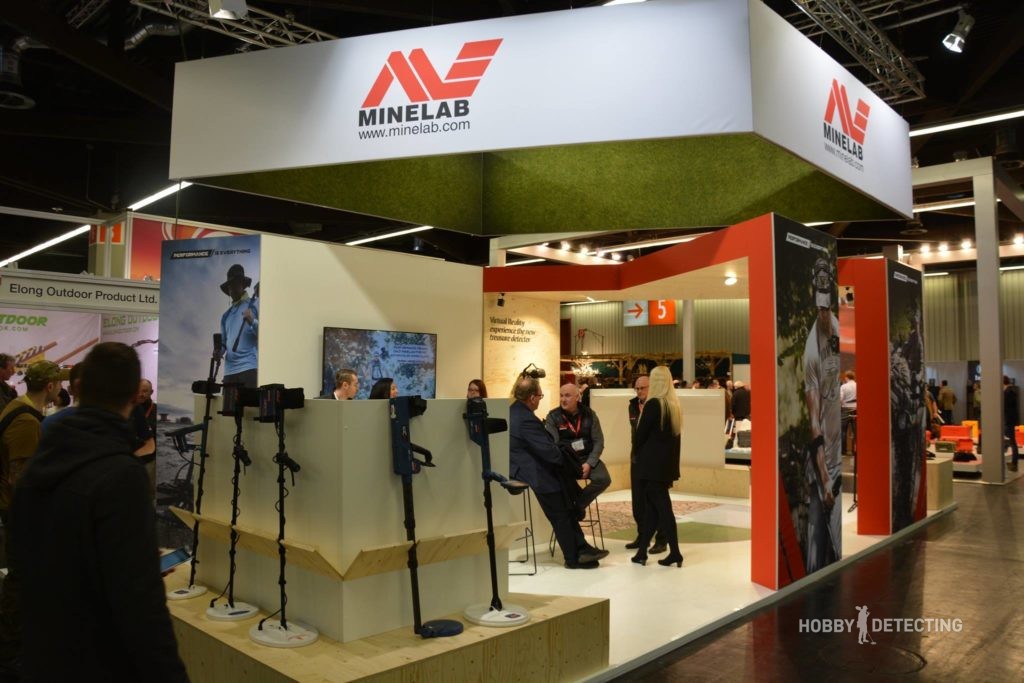 Naturally, they were not there without the Minelab Equinox – new detector from 2018! 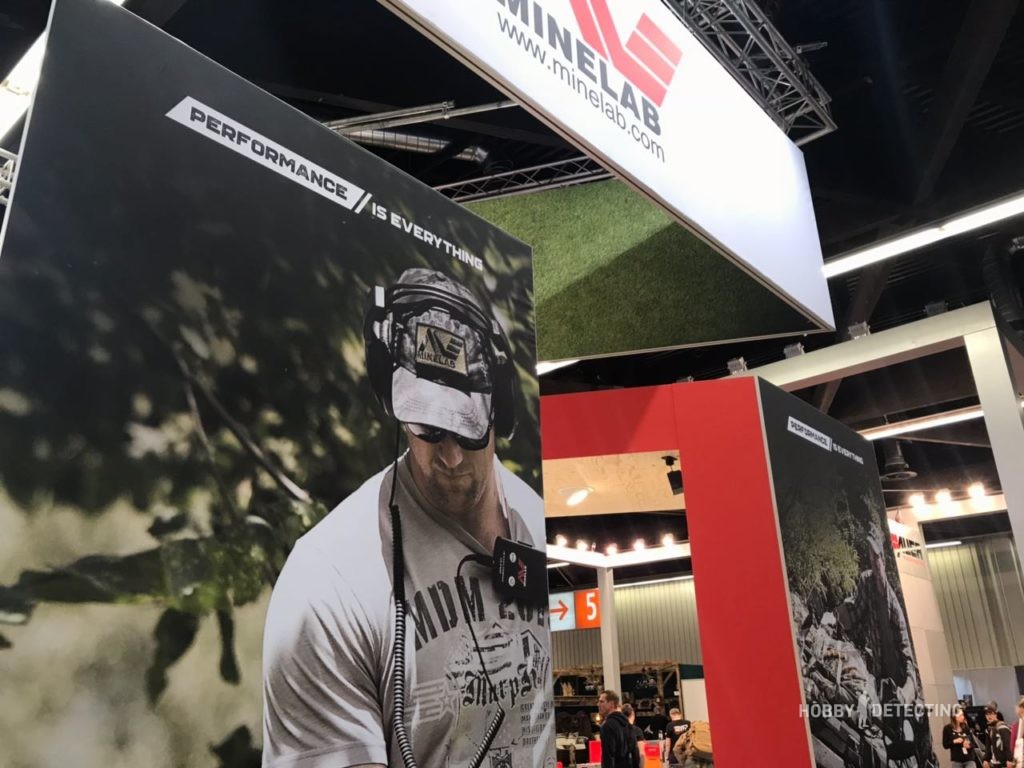 In addition to metal detectors, wine and beer were bottled at the Minelab stand and offered to all guests. Apparently – the company’s staff was mainly from Ireland, and therefore the choice of beer is absolutely obvious (it’s unclear just why there was no Guiness?). 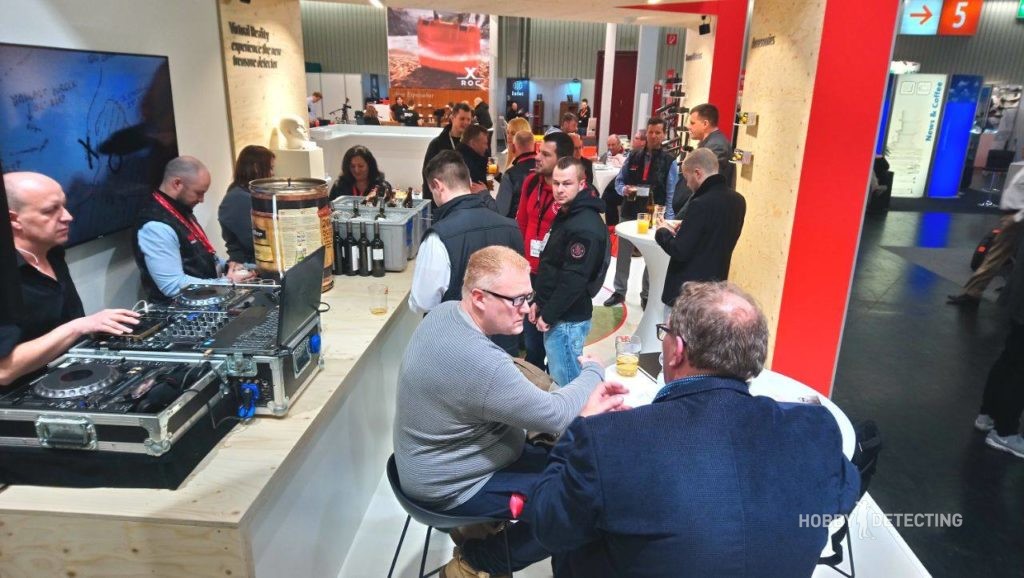 There was also entertainment present on the stand – you could put on virtual reality glasses (VR) and plunge into virtual detecting on any soil, the choices were the beach, the desert or the field. 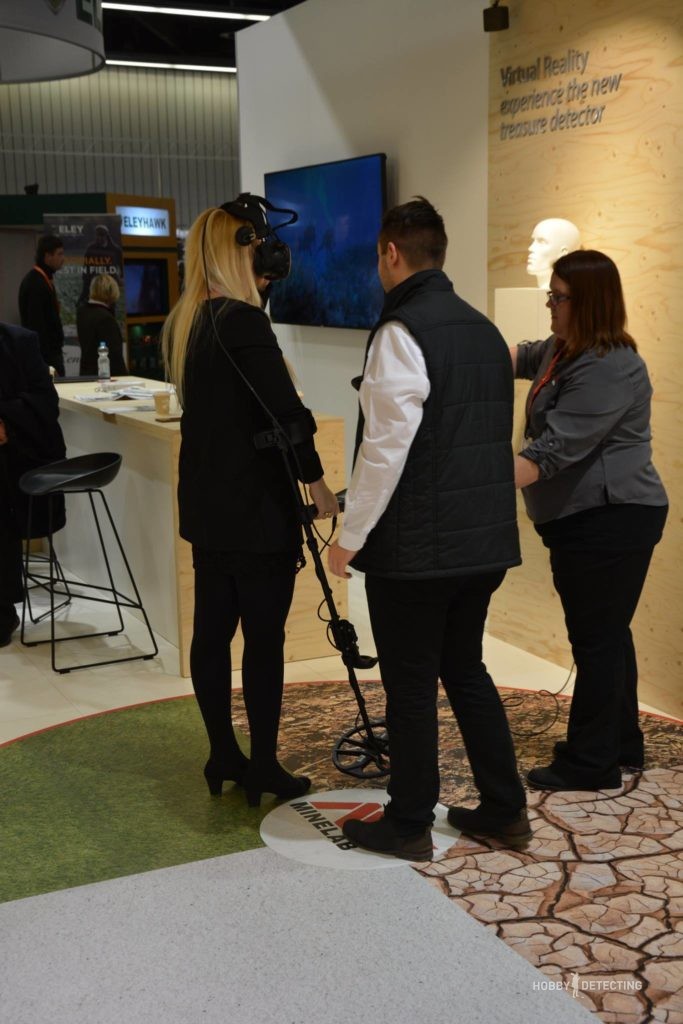 On the screen, a picture of what the person saw with glasses was projected. The metal detector showed different signals and it was necessary to make a decision – to dig or not to dig. 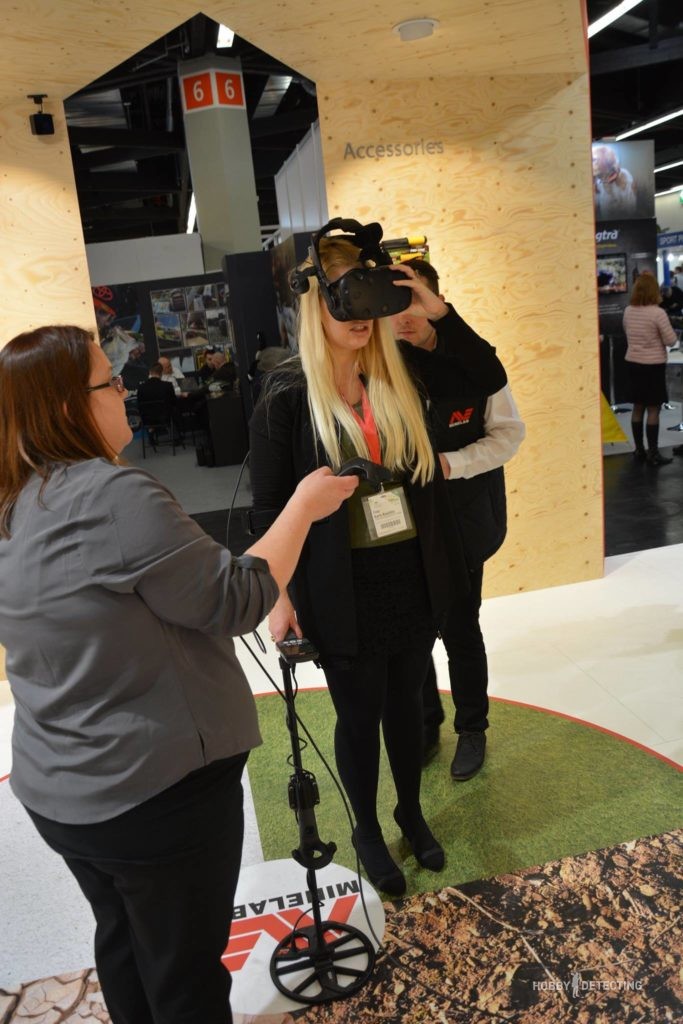 The hand joystick functioned as a blade to accurately determine the location of the find.

On the topic of news, nothing was said. Minelab does not like to reveal secrets and share them ahead of time, but what is happening inside the company and being developed is a big and open question!