For what you need a pinpointer and what it is useful for, during detecting, we have already written and told about a million times. I even wrote a post on this topic, but now, it seems to me, everyone knows that digging without a pinpointer means spending a lot of time digging out the find. And what if you dig tiny hammered coins? These finds are difficult to find without a pinpointer. Buttons, pennies, half-pennies and other small targets require pinpointing, and this has long been popular with most diggers who do not want to sit for a long time over a freshly dug hole.

But some manufacturers went far ahead, releasing a pinpointer that only works with one model of a metal detector. And in this case, the story will be about XP Detectors and their pinpointer MI6, which was not created as a simple and universal pin-pinter, but namely for working with the metal detector XP Deus.

The kit is pretty simple. This is a familiar box from XP Detectors – a big red logo and a black background color with white or red text. 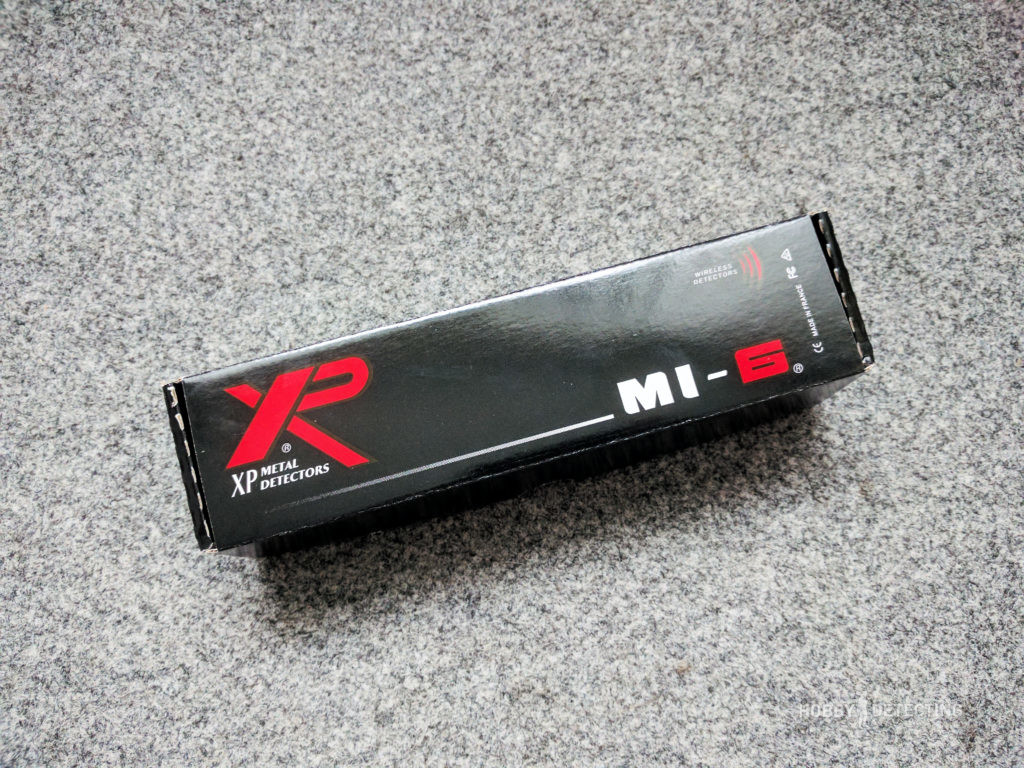 We open it and see the complete set! 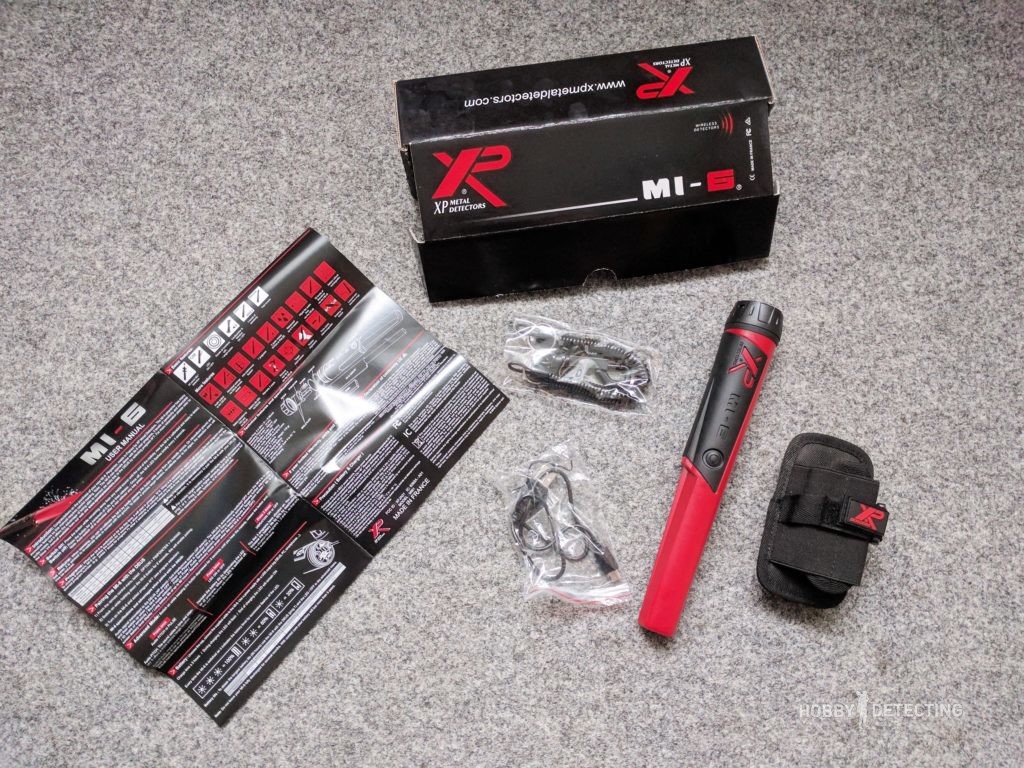 The things you need most – the pinpointer itself, a lanyard, holster, charging cable and manual.

The pinpointer itself is quite interesting. It is red, so it will be easier to find it in the field if you leave it. The design is nice and has good quality, there is one button, which is quite conveniently and easily. The lid can be closed securely and, thanks to the rubber band, the inner compartment for charging is protected from water and dirt. 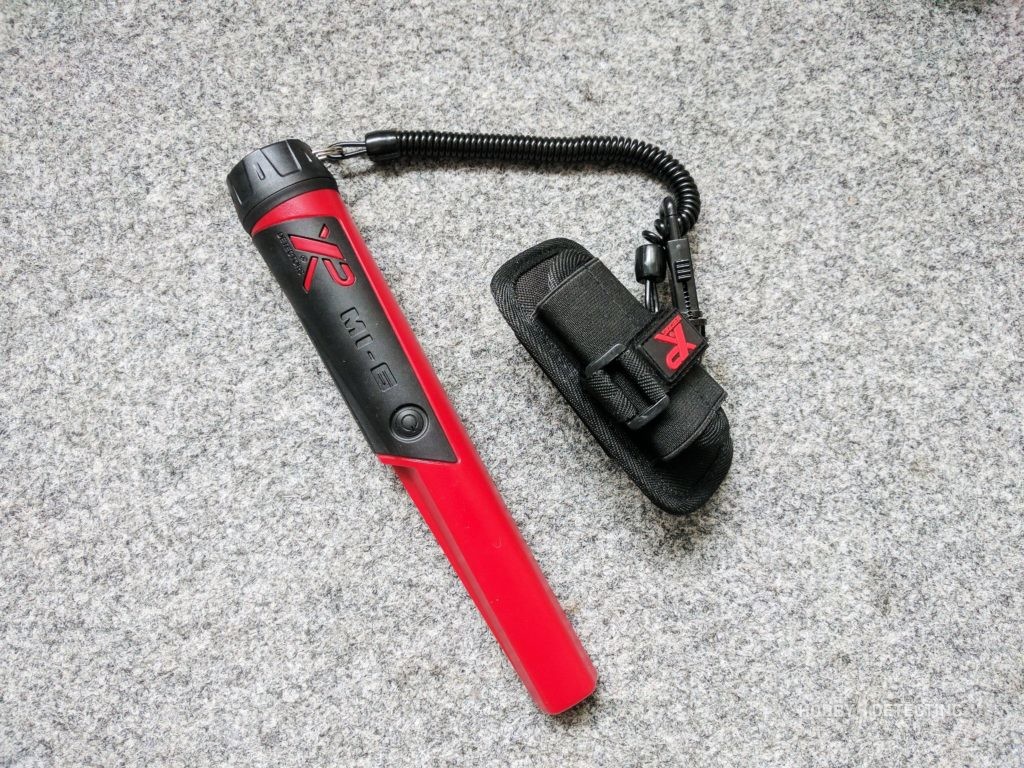 The pinpointer is waterproof up to 6 meters! Do not forget that you can easily and freely detect with it the water. A good bonus.

The battery is hidden inside, and based on experience it can last enough for three days of intensive detecting. Not bad, given the size of the pinpointer (slightly smaller than the “carrot” from the Garrett) and the fact that the battery is quite small.

But the main bonus is the connection to the metal detector XP Deus! Yes, they really connect with each other and thanks to this, you can install advanced settings on the pinpointer. It is connected through the 7th program, the six previous programs are created exclusively for work without a connection to the Deus!

Experience from using the pinpointer

Now let’s summarize my experience of using this pinpointer for the past eight months. I have great news – the pinpointer works without problems and some breakdowns/glitches! You can really feel the high quality of manufacturing and assembly. 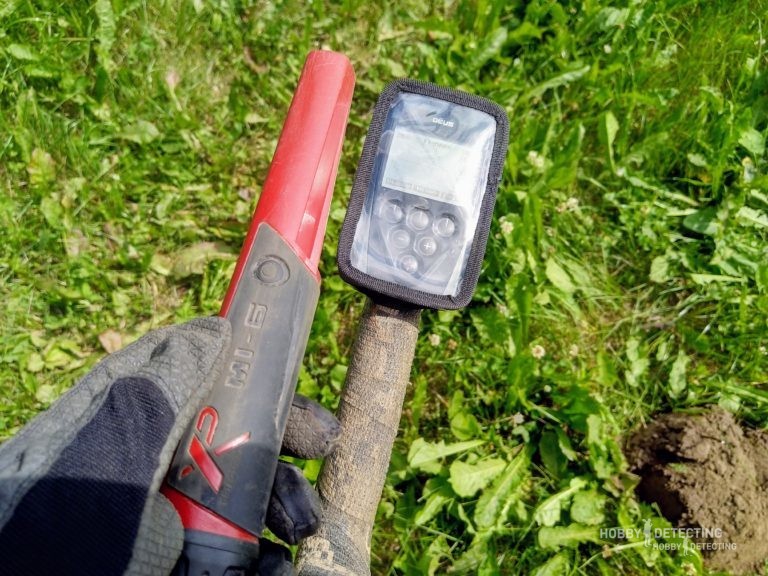 Thanks to the red-black color, the pinpointer is perfectly visible in the grass on the field. Never lost a pinpointer? I, too, but I heard about friends who have lost them, and I have also been told how they found pinpointers during detecting. A good find, much better than finding an old coin!

The most important thing is not to forget periodically to recharge the pin-pointer. For all the time where I have used a pinpointer, I had one case when I came to dig, and the pin was almost empty, then I had to dig without a pin and I remembered the times when we were detecting without a pinpointer. 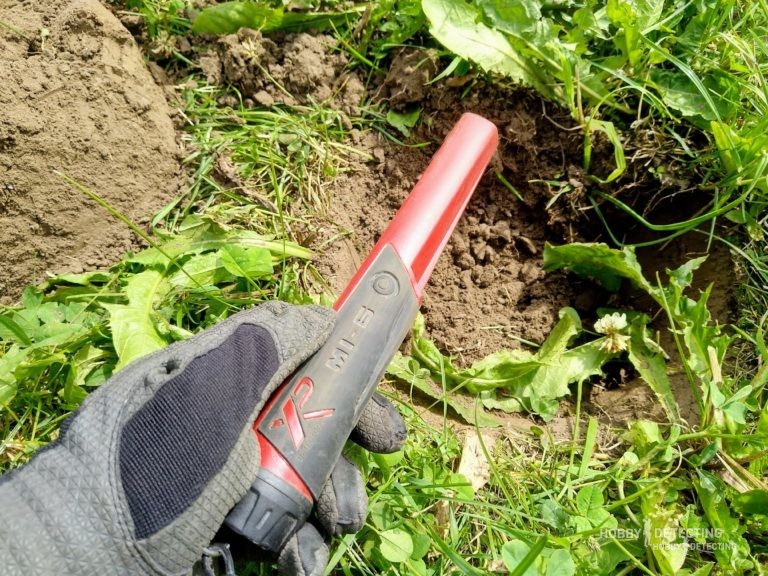 In fact, I did not change any settings of the pinpointer during detecting. As I set the settings once, it still is now. Of course, working with wireless headphones and the pinpointer connected to them is very good and convenient! Nothing comes in the way, no wind interferes with listening and searching for a signal, and the surrounding people don’t get too much bothered with the pinpointer.

Someone may think that the pinpointer is weak and can quickly break down but no, just the opposite – sometimes I dig a little with the pinpointer, but it’s better not to do so, of course, there are tools for such purposes. 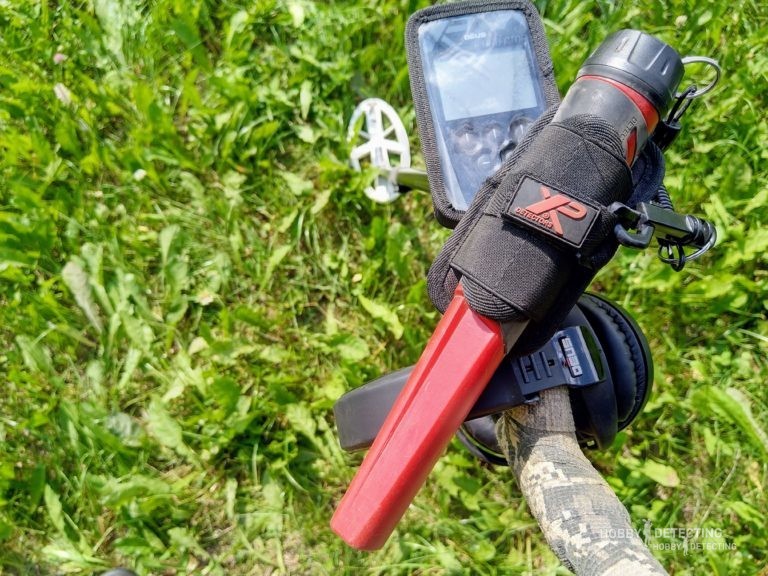 So my conclusion is the most simple and logical – if you have the XP Deus, then you should have the pinpointer MI-6. This is the best and most convenient combination for detecting, which is now generally possible to find.

What kind of pinpointer are you using?