At Leningrad, and in many other parts of the North-West direction of the former Soviet-German front on the battlefield, a lot of different hand grenades can be found, which were made from the shells of ammunition for 50 mm Soviet mortars.

It seems like the Red army forces in the besieged Leningrad were forced to use this kind of innovations, due to lack of hand grenades in the units defending the city. It is logical to assume that the efficiency of such a grenade was comparable to the damaging effect of a 50-mm fired mortar shell.

The grenade itself is made up of the body of mortar ammunition without a tail. In one of the two ends of the mortar, there is a standard brass detonator. The detonator can be found placed at both sides of the mortar. 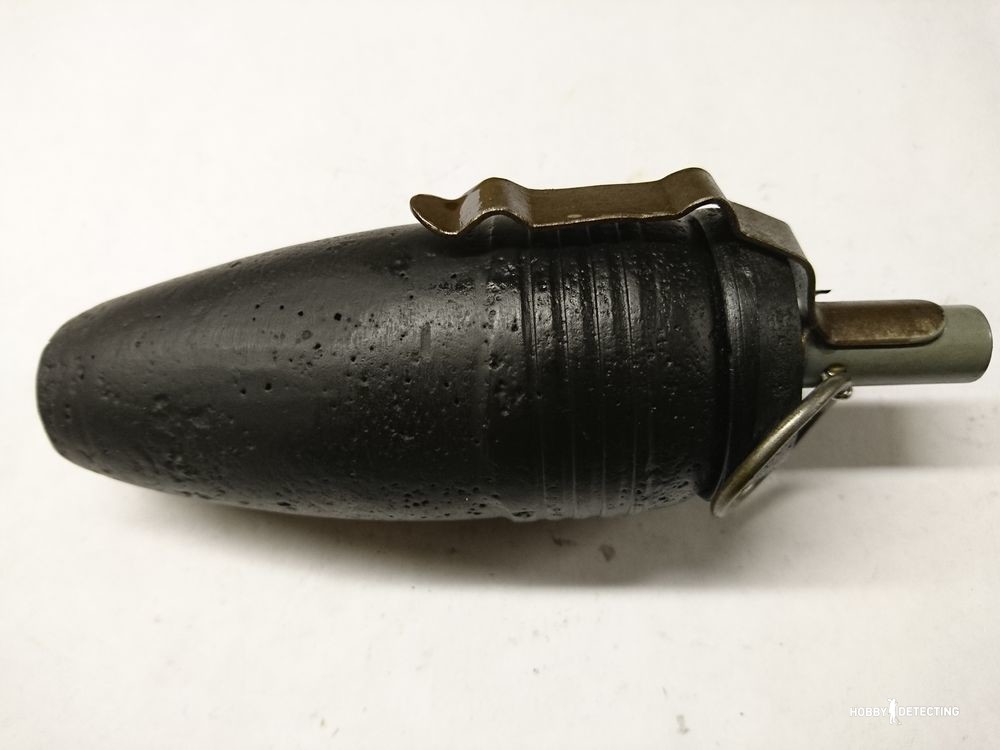 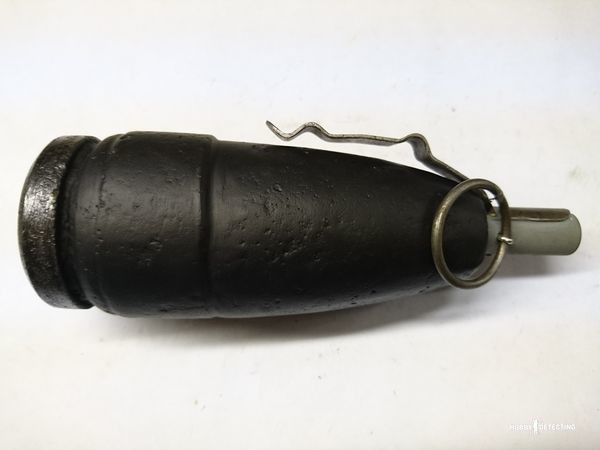 I remind you that a hand grenade from World War II which contains explosives is a subject of explosion-hazardous! Upon detection of such objects in the ground you should notify local authorities. Accordingly, the storage of such items is punishable under the Criminal Code.