Five handguns found on the shore of the river Thames 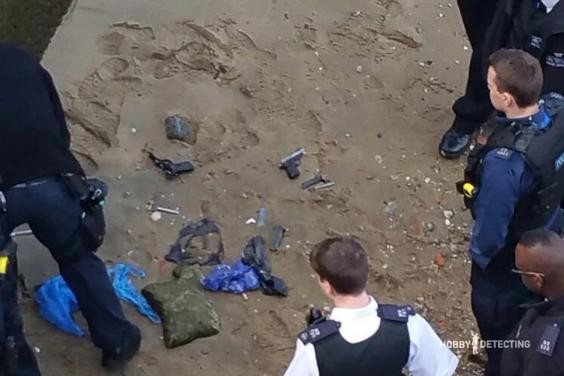 An amateur metal detectorist found a stash of five guns while he was detecting along the shores of the river Thames. It was during the low tide that he found them. The guns were found inside a bag together with ammunition, and it looks like they were intentionally buried in the sand. 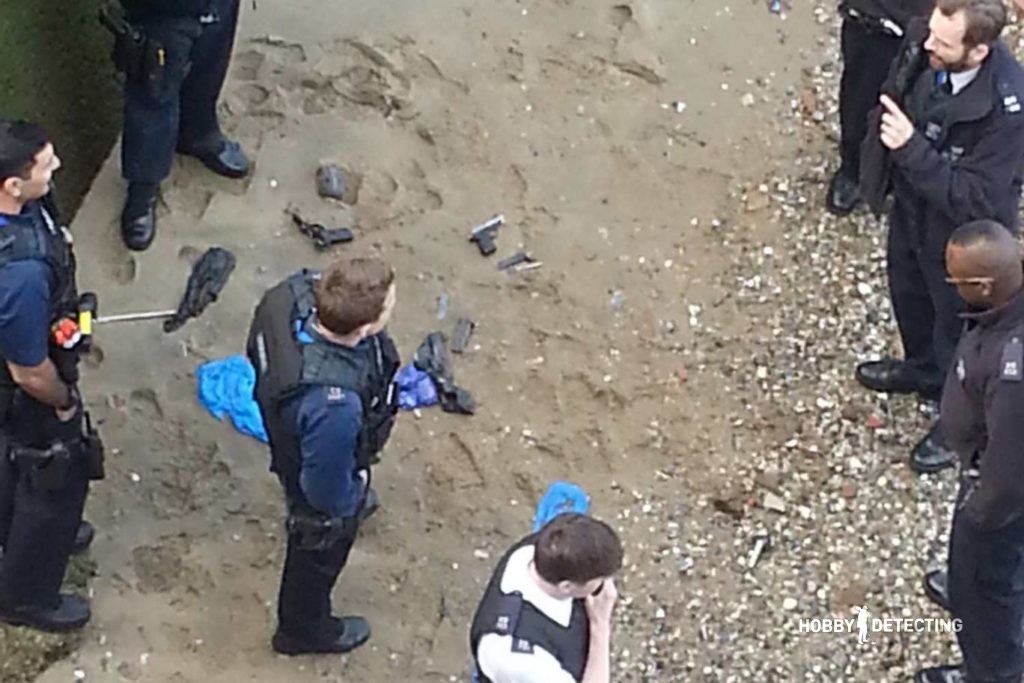 This happened near the Blackfriars Bridge. The detectorist called the police himself after finding the guns. Officers were seen rushing down to the shore. Some of the guns had been partially buried. Most of them looked pretty new. Finds like this are occasionally made alongside the river. For example: In 2013 clean-up volunteers found four handguns.