There is a field near my city, on which many ceramic parts from the Chernyakhov culture (2 -5 c. AD) can be found for many centuries. This ancient settlement wass from the times of the Roman Empire, and it was huge (several square kilometers), so it’s not at all surprising that there are different kinds of stories about this place among diggers, I even know some of them.

Story number 1. The first, who came to this field with a metal detector, found almost a hundred old roman coins.

History number 3. The place is well-known, but not every detectorist will go there with a metal detector. The fact is that in one part of the field there is a huge burial ground. A detectorist I know even found a finger (bone) there with a ring.

Here is a place already covered with legends – and I have never been there yet!

Six in the morning. The rain drizzles. I’m sleepy, but out detecting with my Fisher F44 on this very field. With me i have a friend (who found a finger with a ring) with an ACE 350 dressed not for the weather (soccer, shorts, flip flops). I look at my partner and sympathize with him. 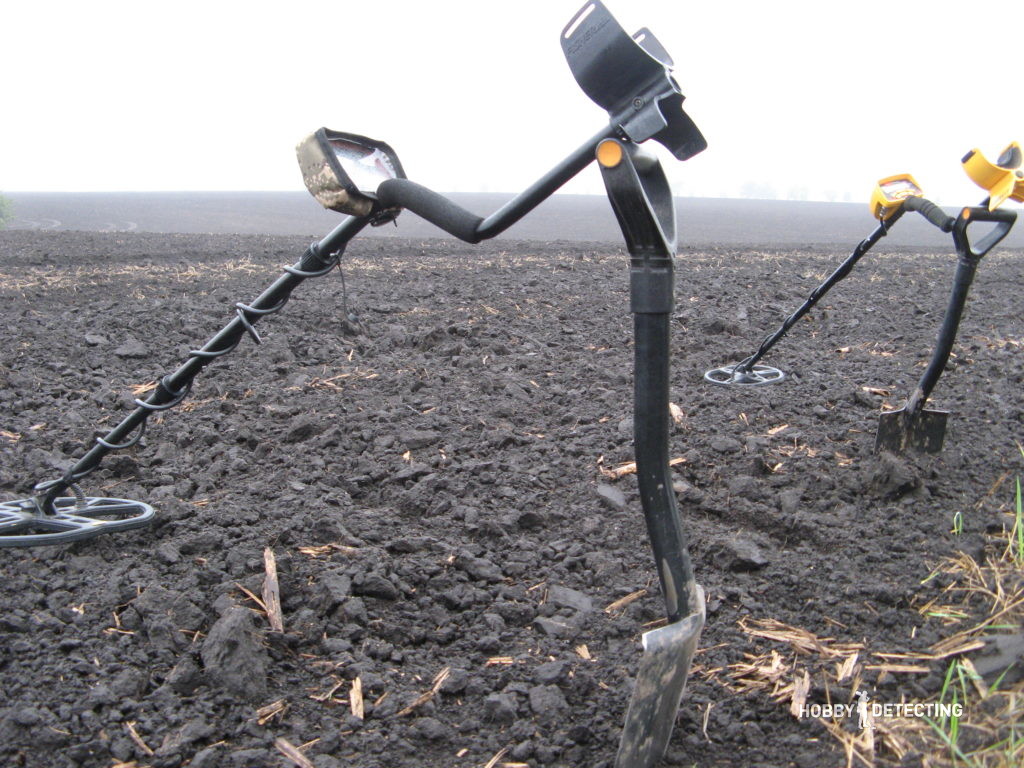 Half of the field is plowed, and the second half is not yet. That is there where the burial ground is, and according to my friend, most of the finds.

We start digging on the field. In five minutes of searching, I get my first color signal. I’m digging. And guess what i find- a Denarius! (old roman coin) 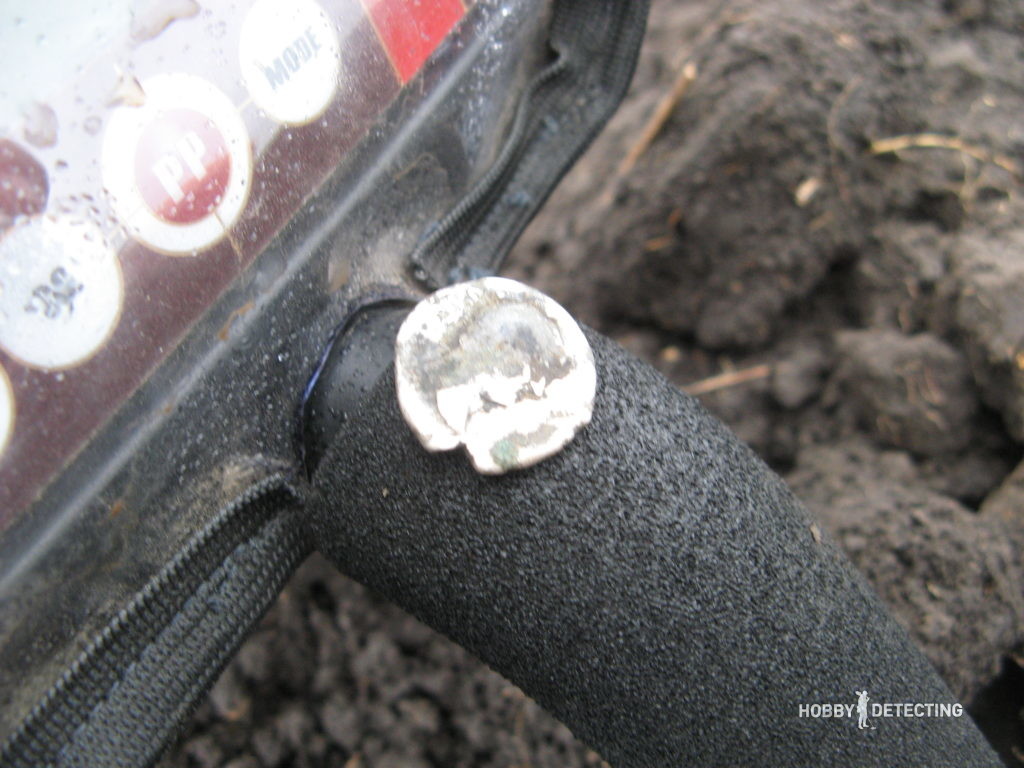 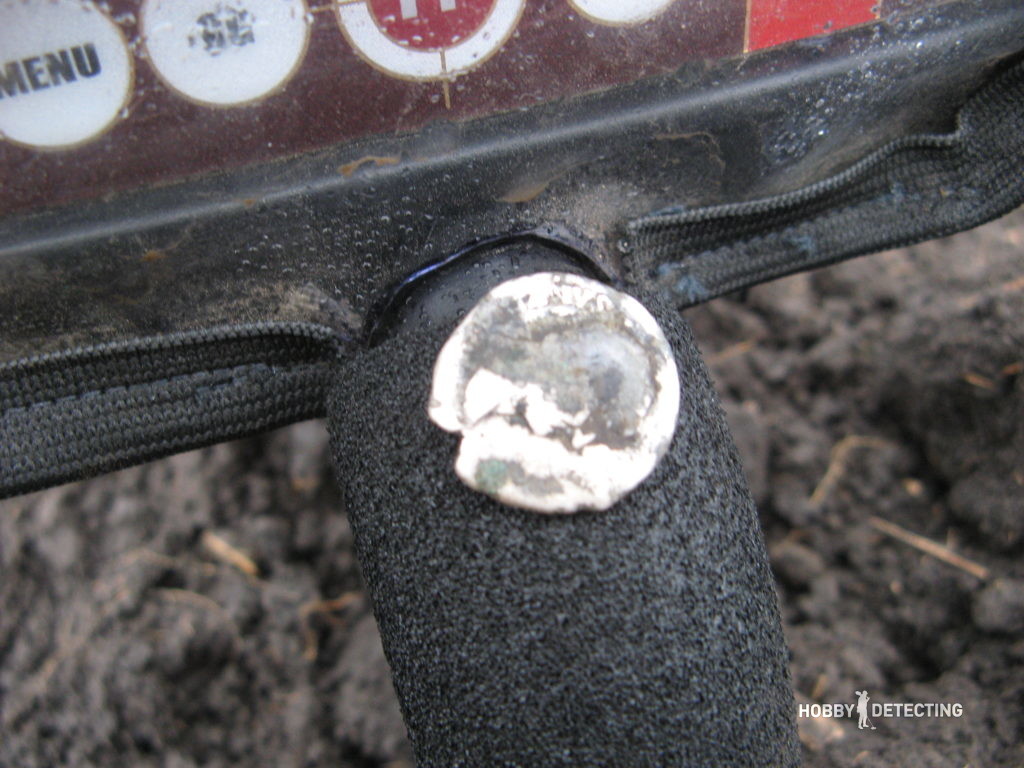 Wow. And Immediately after, my friend found a bronze brooch. What a field! After half an hour, I have the back of a brooch under my coil, the Nel Storm, on a clear signal. 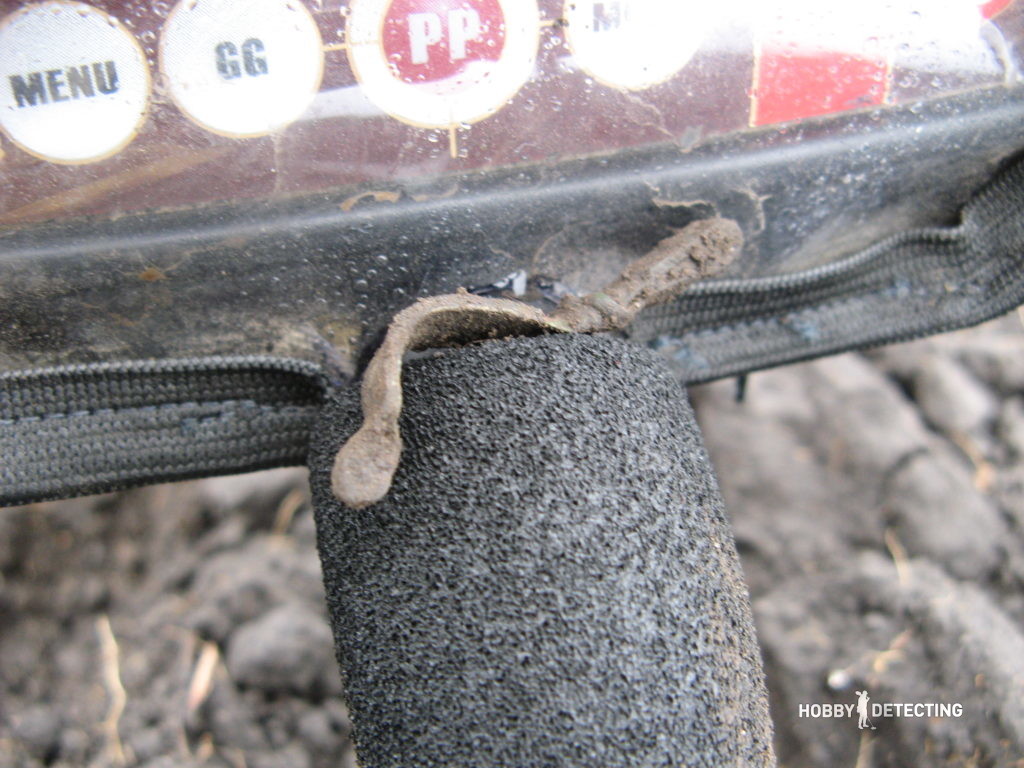 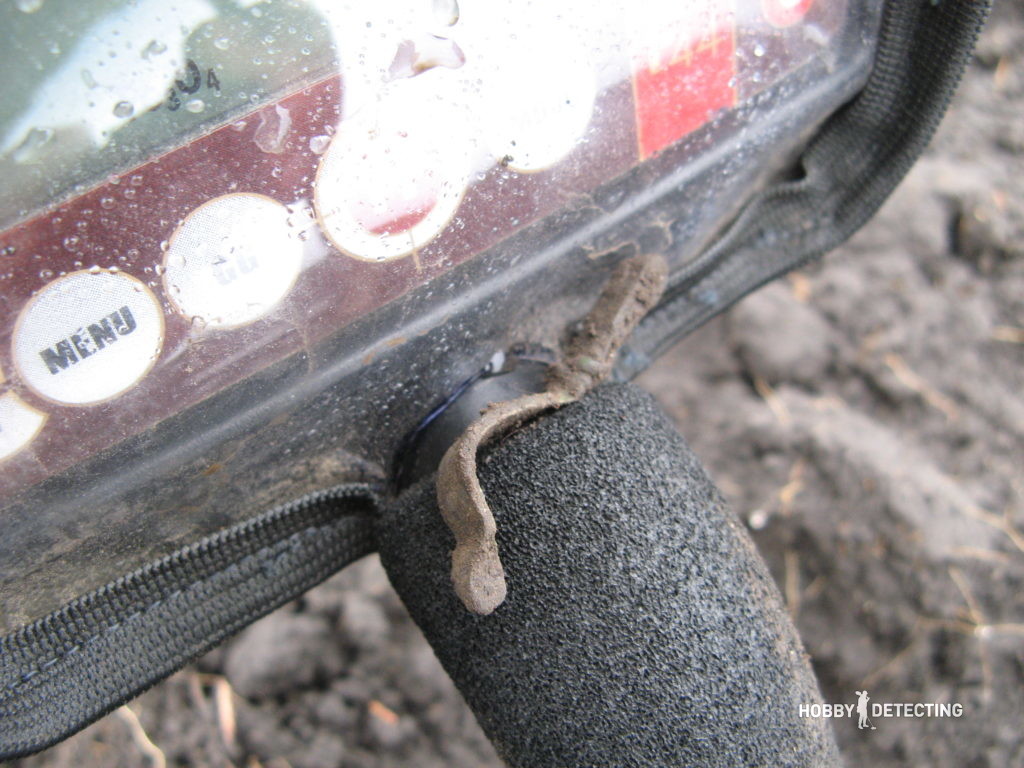 And how is that for a start? You maybe think that we found a bag of artifacts each? Absolutely not! That was all for today – the portal closed. Another 4 hours of detecting on the same field brought absolutely anything!

But, as I said earlier, this place is well-known, so it’s not surprising that a big black jeep came to us on the field, from which a couple of guys got out. They looked at us without special interest and began to change their clothes. More diggers. After they dressed and got on their equipment, they took theire detectors and went to the field. Looking at these guys, or rather on their metal detectors, I laughed – the car is expensive, and the detectors are ordinary Garrett ACE without covers on the control units. Big specialists, you can see.

Another hour passed, and one more detectorist arrived on a moped. This guy hadn’t the best transportation, but the detector was better than the ACE.

I do not know if anyone else arrived after that, but we had already had enough digging – it was time to go home.

At home I washed my silver find and opened the Internet to identify it. Here’s what I found out: 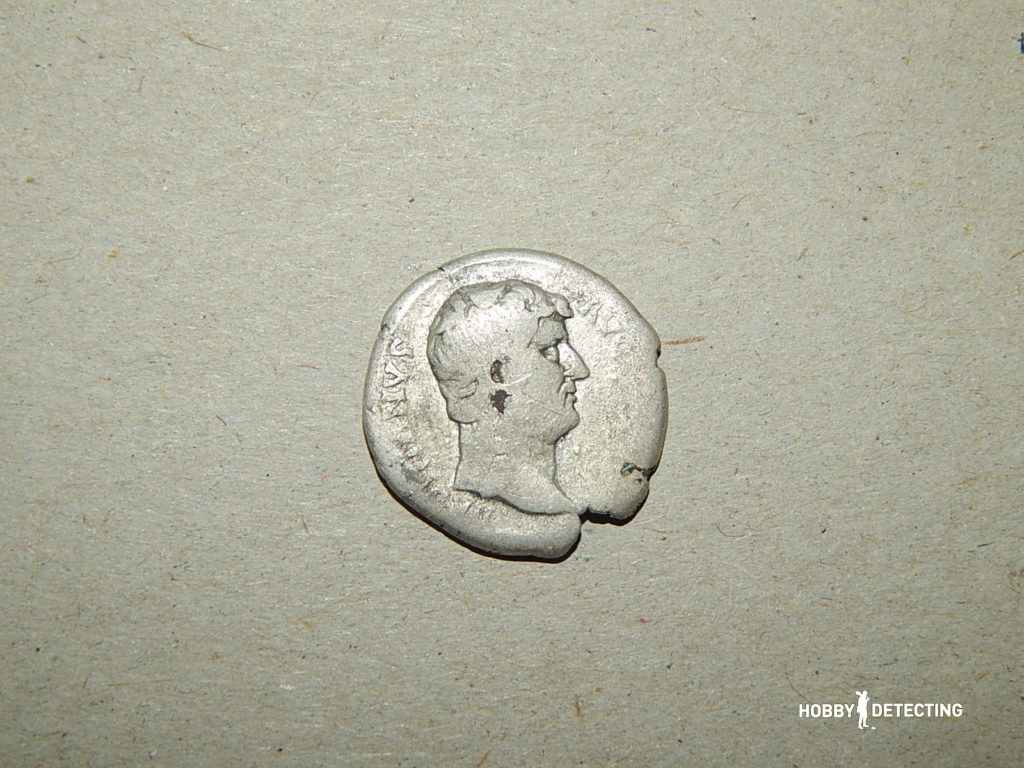 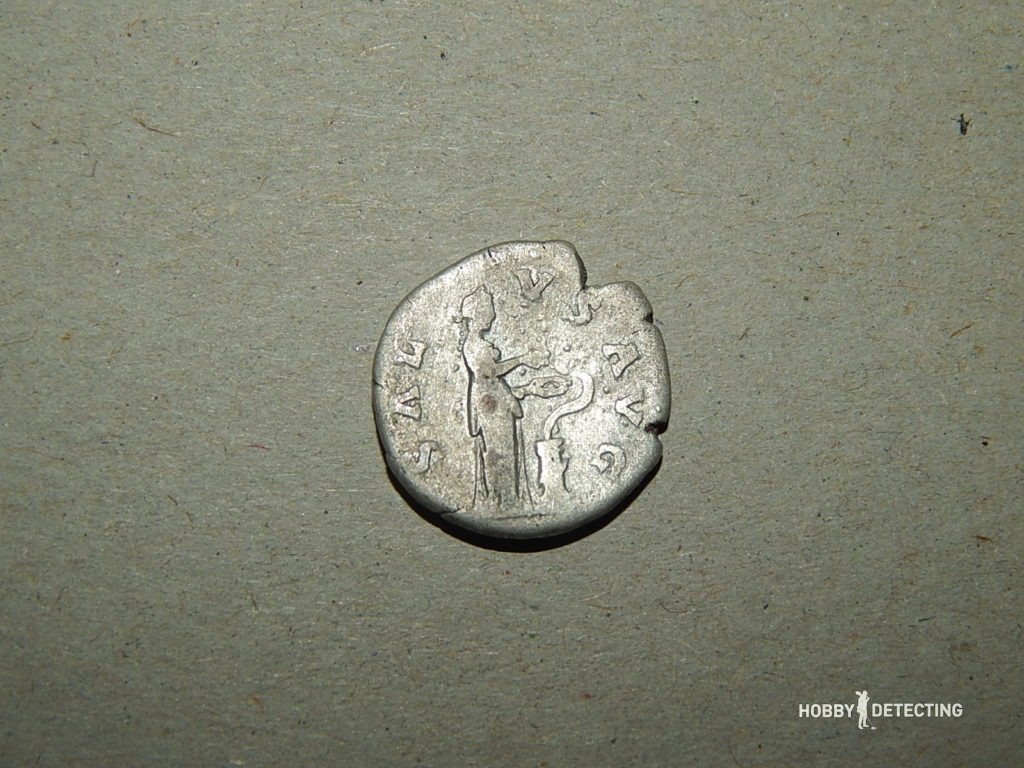 My friend says that the price of this Denarius is higher than what I found earlier. Honestly, for me that is not even interesting, because the coin goes to my collection.

Want to read more interesting posts about the roman empire? Then you should look here!