It would seem that many people think that to find a treasure you would need to get a good metal detector. And “good” usually means “expensive”. But no, you dint need an expensive detector for this, a huge treasure was recently found with a low-cost entry-level metal detector!

One guy in Ukraine went detecting with his Teknetics Eurotek PRO and Nel Hunter coil- seemingly not with an XP Deus un his hands, and stumbled upon a signal. What kind of signal this was, and whether the decision to “dig” aor not was easy will remain in history, but the fact remains that, the lucky detectorist picked up a whole bunch of silver coins from the Middle Ages! Hooray! 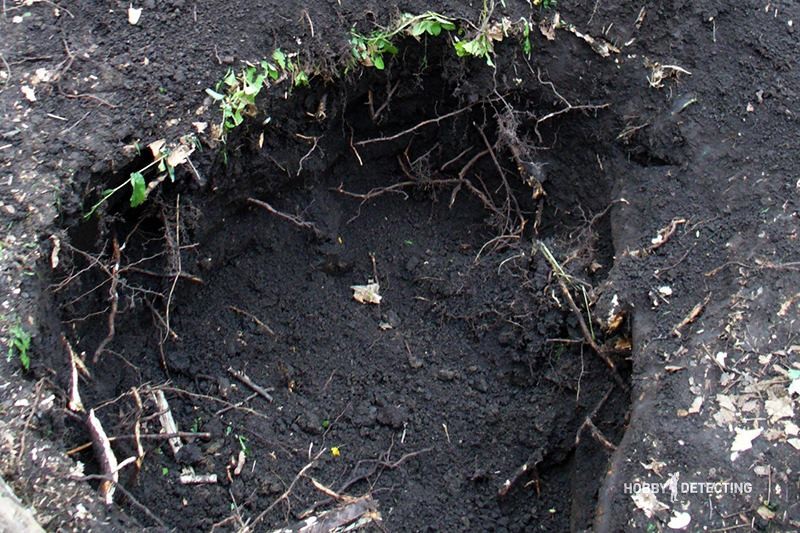 And you thought it was a bag of coins that would lie directly on the surface? To dig up the treasure is hard work, from experience I would say that it may take several days, and the next year you could still go back and pick up a few coins, which were not found immediately. 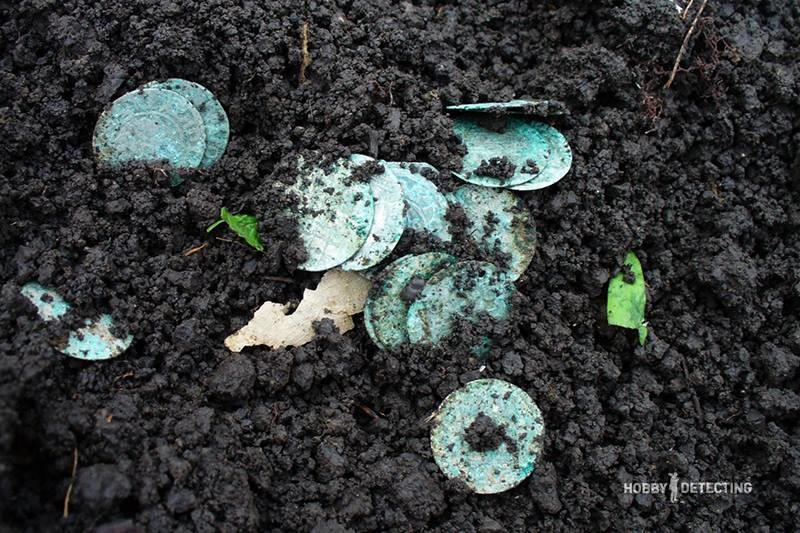 Beauty! The coins were from the era of Sigismund the Third (Great character in the history). 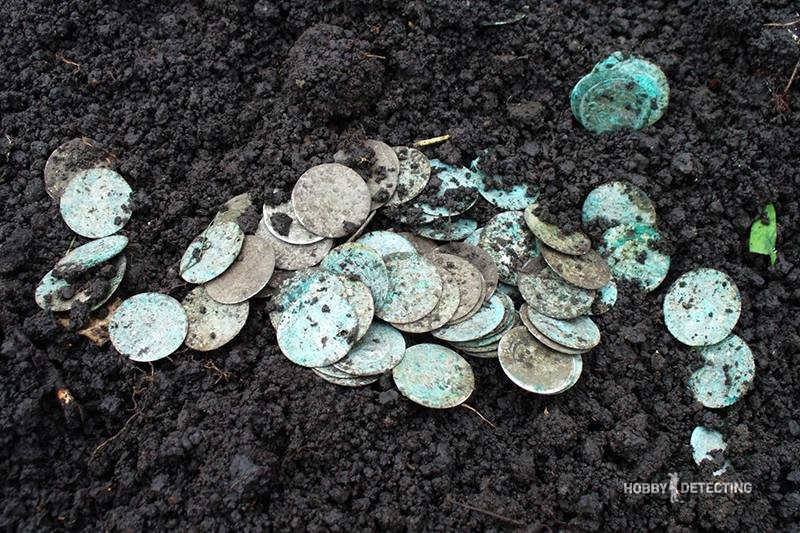 Judging by the composition of the treasure there had to be some solidus coins – the most common coin of the time. 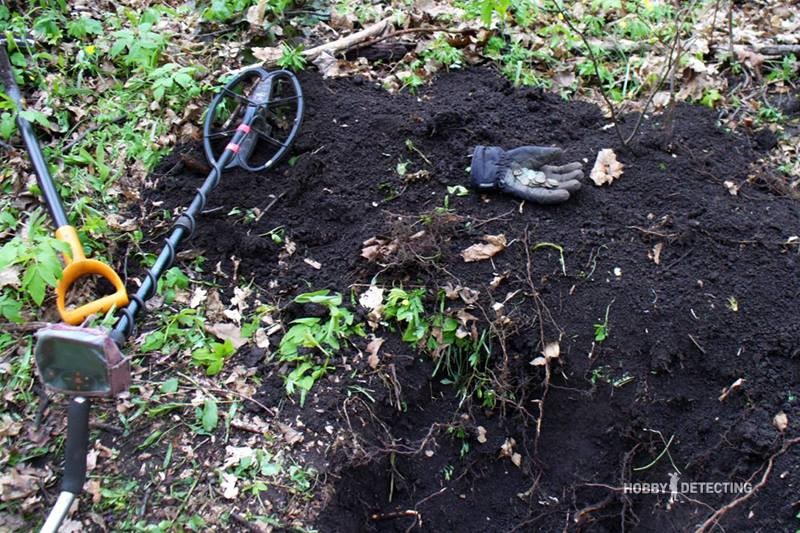 The eurotek is a good detector. I would not have said that it is better than the ACE series, but it is a worthy competitor. If you add a stronger coil (as here – the Nel) an increase in the finds is guranteed. 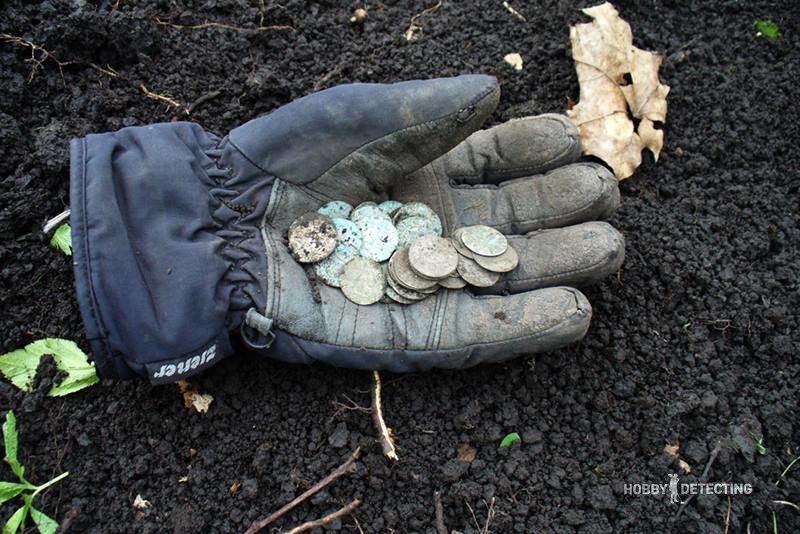 The main principle of any detecting – you first need to find a place where to dig. The place should be promising – for example, and old road, old field, a place where there was a tavern, and so on. And the second most important thing – yourself. Your ability to understand and work effectiveness affects your detecting a lot. An experienced digger with an Eurotek will have more finds than a beginner with a Deus. And only then it depends on what detector you have. 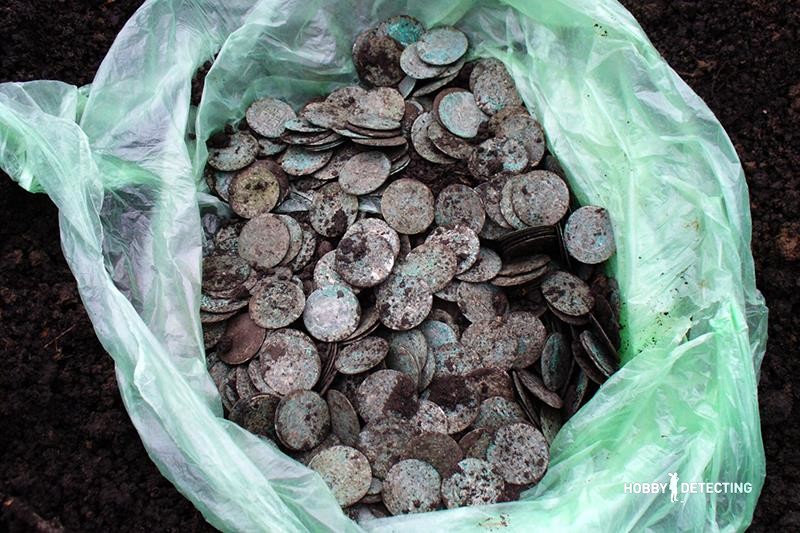 The detectorist found 527 coins in total! However, I’m sure there he will have to dig more – he will definitley find more coins.

Don’t you believe that people can find treasures with their metal detectors? In vain. All the interesting stories from detecting we gather here!