I and my friend recently sat around and had some spare time and decided, therefore, to go detecting. Although the weather forecast wasn’t very promising with lots of rain and the temperatures threatening to be below zero degrees, we still decided to defy the northern “winter” weather.

The last couple of winters here up north have been very unpredictable; one day there can be half a meter of snow, and the next day you could be walking on the bare ground with an umbrella. But what the northern winter weather always has in common is the fact that it is not detecting-friendly.

But anyways, we decided to defy the weather and we did indeed learn our lesson: The first thing I had to do in the morning was to use twenty precious minutes scraping ice off the car’s windshield. Twenty minutes! And considering I am above average well trained and that I used all of my force scraping the ice off, you could just imagine how the windshield looked. The day before it had heavily rained, and since the temperature was around zero degrees Celsius at the time, the rain more or less froze to the windshield, and since the temperature only had gone down since last night, the ice hadn’t melted. It as if someone had poured multiple buckets on water on my windshield during the night!

But enough about that, let’s get to the detecting.

The first thing that we discovered when we arrived at the location was the fact that my friend’s pinpointer wasn’t working. And right after we started detecting, his shovel broke in half. In addition, I had just bought myself a new lanyard for my pinpointer, and the lanyard “loop” on my pinpointer broke off. Not a good start at all. 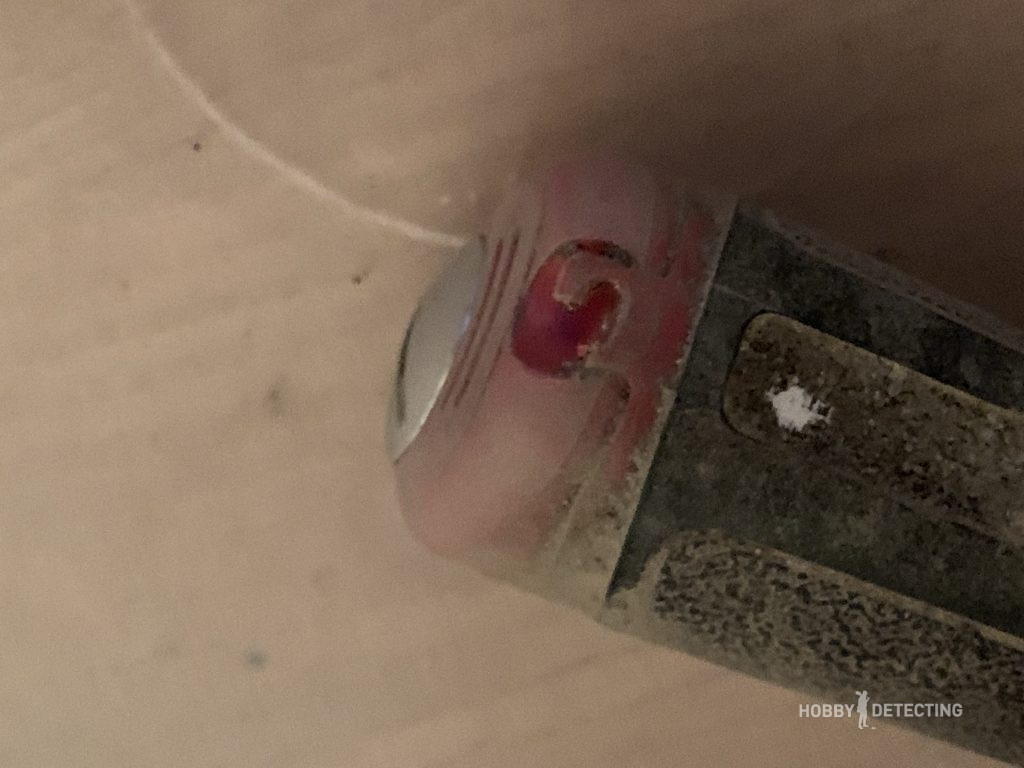 But this is all just a part of the detecting life, I guess. 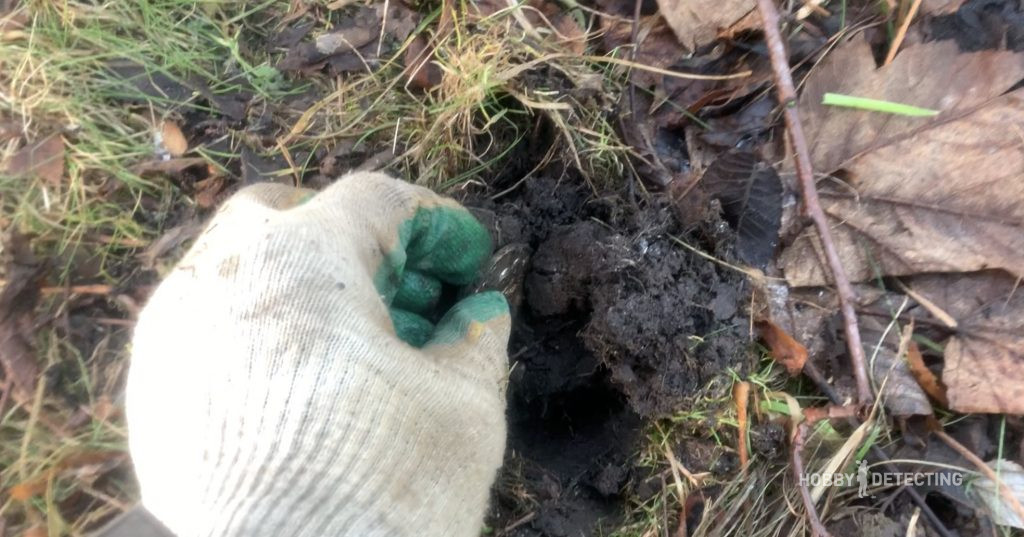 I have no idea where or what this 2007 medal is from, but it looks like some kind of a local skiing medal. Could be silver plated.

Then more finds started showing up, including buttons, coins and a part of silver-plated cutlery.

But it turned out to be nothing special, no markings were visible on it, but still a pleasant find.

Suddenly, my friend called me over. When I got to him he said, “I think I found something good”. The find appeared to be a big round disc, that I at once recognized.

It turned out to be a dog-tag, the same as I have found at a nearby location before.

The next thing that popped out was some kind of electrician’s part (no, not the “SS electrician”😉).

Could it be WW2? Who knows.

While walking along the stream, my friend spotted something interesting in the water:

As we lifted it up, it turned out to be anything but a plate, unfortunately. Well, the hype was fun while it lasted.

And then we stumbled across a surface find; a German WW2 field shovel, M1935.

An interesting find, but we didn’t take it home with us. So, if anyone wants a shovel, I can tell you the location😉.

We then moved down to the beach, and my first find was something that I have found quite often, but I haven’t been able to identify it yet.

So, if anyone knows what this is, let me know in the comments! That also applies for other things I haven’t been able to identify or if I have wrongfully identified something.

The next find is something that we find quite often in WW2 locations, namely bullet casings. I don’t usually show these finds, but as this one was found at the beach and it was in such a nice condition, I’ll show it to you anyway:

After this find my camera ran out of batteries, but here are some of the finds I didn’t photograph while finding them:

Two German tunic buttons in a quite good condition with some of the paint still remaining.

And then another mystery find that I’ve also found before.

Looks like some kind of a monogram, what do you guys think?

And finally, a nice buckle my friend found, that looks like it could have been gold plated a long time ago.

With that being said, this turned out to be a trip with a bad start, but in the end,  it was worth it. Sometimes it’s just nice to get out there and go digging, even if you don’t find a treasure every time.