You know this saying – “Better safe than sorry?”. This story is well characterized by such a saying.

In Queensland, Australia, one of the diggers, who wished to remain anonymous, was walking with a metal detector. Judging by what device he had – Minelab GPX 5000, then he walked with one goal – the search for native gold. Otherwise, there is nothing to look for in Australia’s wilds, there is no history, the land is empty, no metal. So the story is not accidental and the place was chosen with a certain approach, in order to get the maximum result. 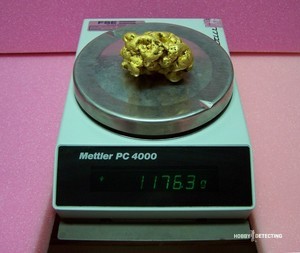 First, he found one small nugget (worth about $ 4,000 Australian), was very happy, but quickly coped with feelings, returned to the site of the find and literally a couple of steps further he found a much larger nugget!

The nugget weighed more than a kilogram and was at a depth of about 15 cm. The digger says that it was difficult to dig it, because it was covered by some plants, digging in the roots, apparently. 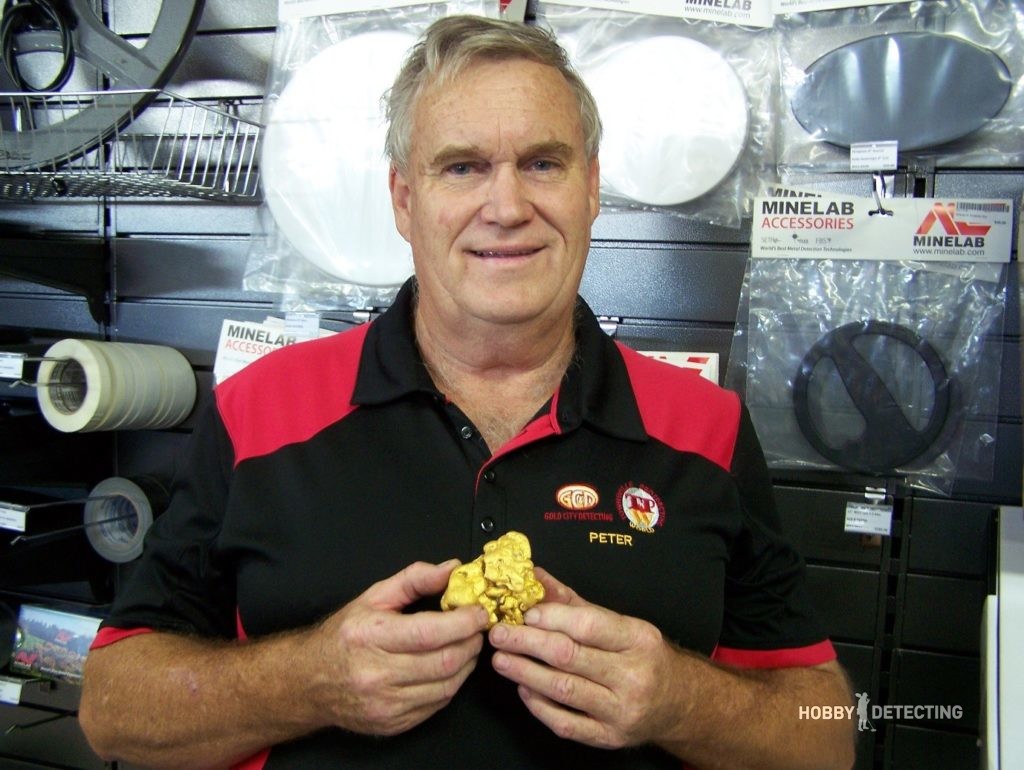 Most of all, after this digger, who found two nuggets in one dig (one rather large), was a local metal detector vendor (pictured above)! And now a lot of people will go to him to buy gold-searching detectors to try and get rich quickly, like this unknown guy. He made a good advertisement – he was photographed with a nugget on the background of his rack.

Unfortunately, not all countries can find gold in the ground, but on our beaches and mass gatherings of people’s leisure, gold rings and earrings can be found, and this too can bring at least some money! Good luck out detecting!