XP Deus is a high-end and powerful metal detector. This detector is very known and widely spread among professional detectorists. It has a lot of reputation and most of its owners will speak good words about this machine, therefore I decided to give it a try.

I have read quite a lot about this detector, and seen it in the hands of other detectorists a lot of times. With its slick design, wireless functions and lightweight it has got me very curious every time that I have seen it. Previously having owned such detectors as the Garrett AT Pro and the Fisher F75, it seemed really unique and special to me, and my curiosity won.

After reading through the manual and seeing some instructional video on the internet about the Deus, I was left with some impressions. It has a lot more functions than the Fisher F75, so there is quite a bit to learn and to understand. Starting off with the XP Deus as a first detector has to be really challenging, and I can’t imagine that it would be a good idea.

There were still some functions that I didn’t quite catch the whole meaning of at the beginning, but after my first time out detecting with the XP Deus it cleared up.

First trip with the XP Deus

My first detecting trip with the XP Deus was on a local beach. This was because there were no other places possible to detect at this time of the year, as there is snow everywhere and the ground is frozen. 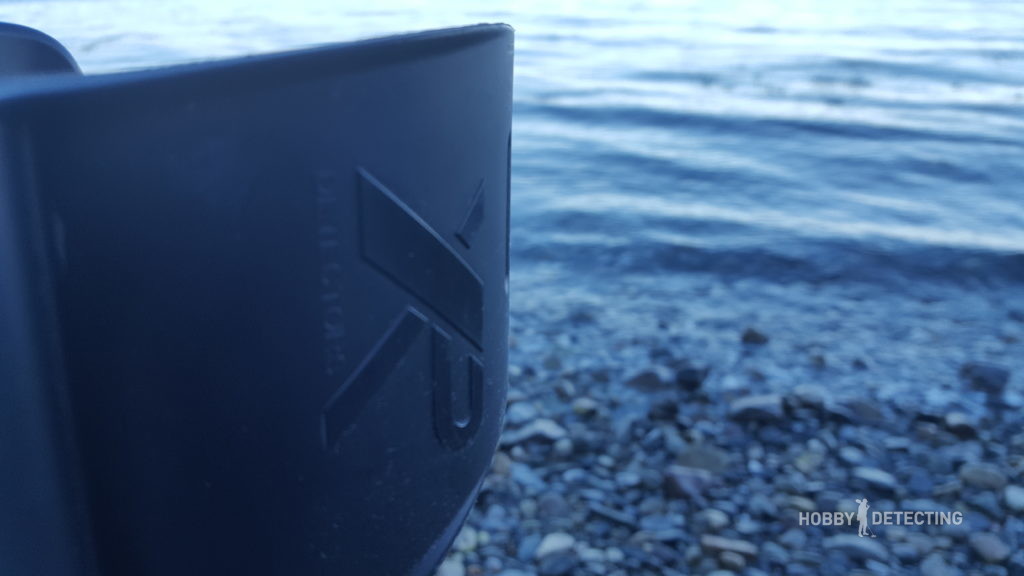 I waited for the right moment when the shoreline went down, and then I went to the beach to detect. Because I detected so close to the water, I used the “Wet Beach” mode in the XP Deus of the factory preset modes. After this detecting trip, I was left with some finds and a lot of impressions.

First, I will go ahead and tell you about the good impressions I was left with. 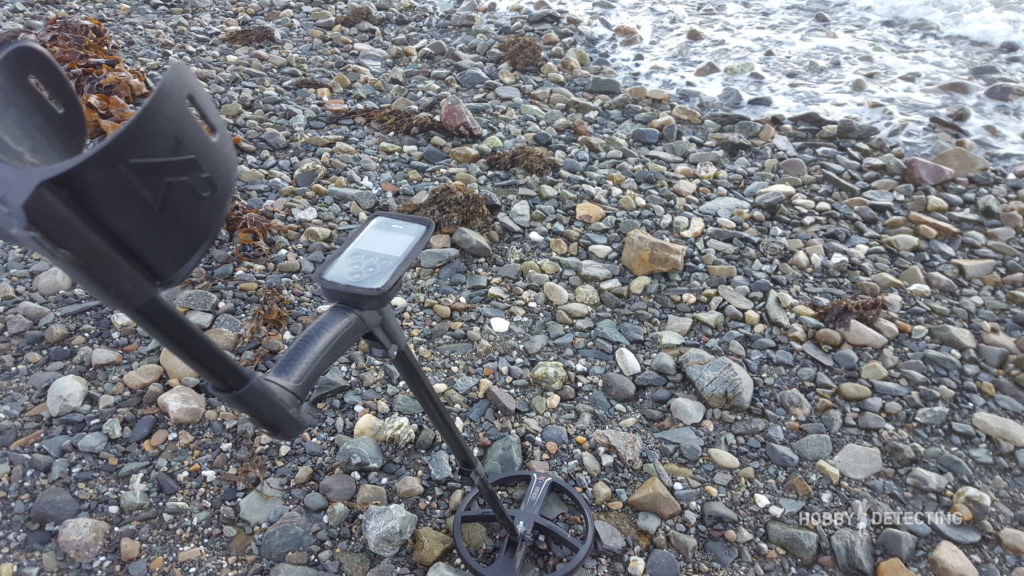 The first thing I noticed, was that it was lightweight, compared to my other detectors. There isn’t much weight in this machine, and the only weight that it has is well balanced.

The fact that it is wireless, is another thing that I quickly noticed. This was much easier and much more convenient than wrapping the coil wire around the detector stem, and then plugging in the headphones. The wireless headphones made everything much easier because you can move much more freely when digging.

And at last, but not least; the functions and technology. The detector worked impressively good on wet saltwater beaches, and it gave stable signals for the different objects. All the settings and adjustments that you can do with this detector seemed a little confusing and unnecessary at first, but when I went out detecting, I understood these functions much better. 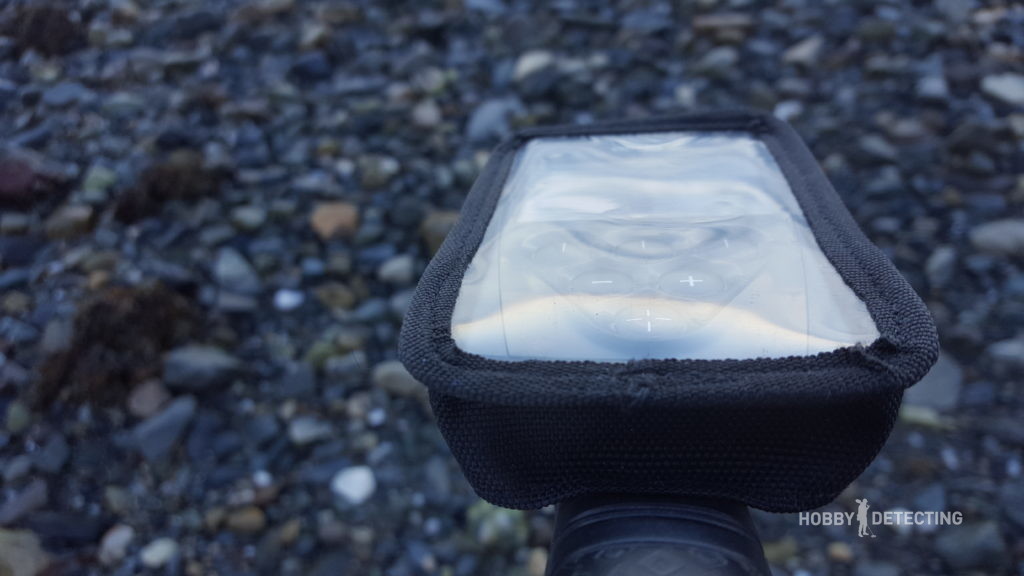 Now, this detector seems very good, but I was also left with some smaller concerns after my first trip to the beach. 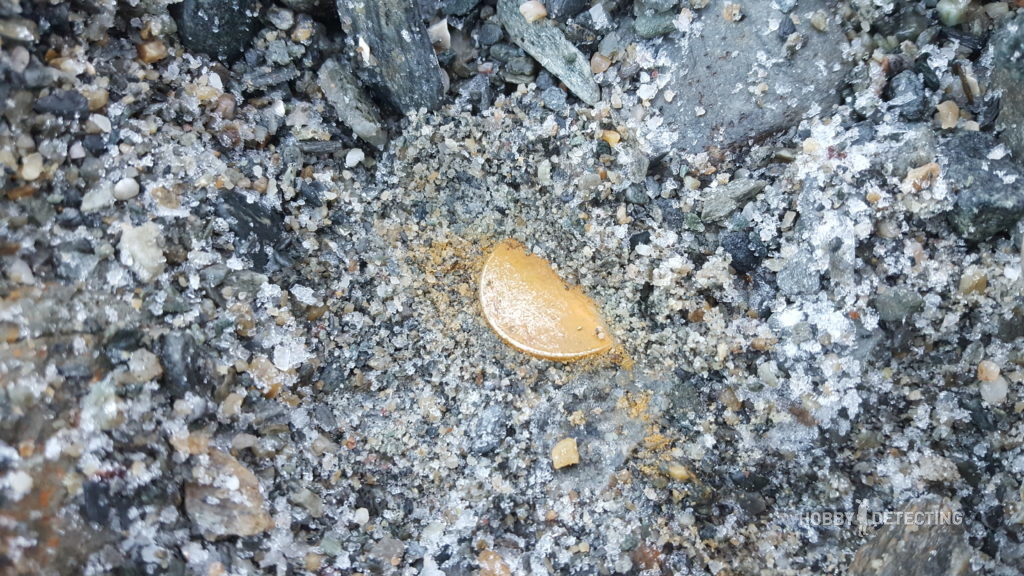 Another thing that got me a little bit worried was the depth. I was used to using the Fisher F75 detector, which is well-known for its depth, so the difference was noticeable. Maybe this mainly was because I was detecting on a beach, but I have reason to believe that the depth is somewhat reduced compared to my previous detector. 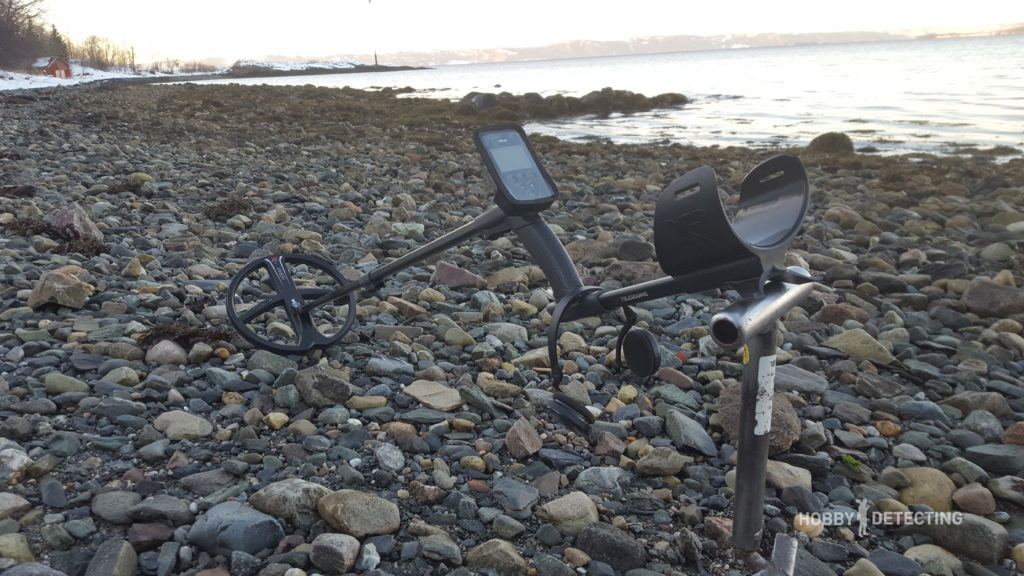 To sum it up, this detector left me with an overall positive first impression, and I can’t wait until the start of the season to try it out in the fields.

Do you have an XP Deus? If so, what is your thought on the pinpointing issue? Let me know in the comments below!