The New Detector Garrett AT MAX – What Is Known And What Will Happen? (Update, Video News +)

Garrett has recently announced its new product – the metal detector Garrett AT MAX. We have already written about these news here: The new metal detector Garrett AT Max. Many diggers have talked about the similarity of appearance of the new Garrett and the AT Pro- and I too thought that Garrett only slightly updated its popular model Garrett AT Pro, increasing the brightness, updating the sound transmitter to work with the receiver Z-Lynk and the new headphones MS- 3, and changing the handle. But! There are some things which we did not notice – this is what was “under the hood”, so to speak. As it turned out – the engineers at Garrett made a completely new machine that can successfully compete with such steep metal detectors as the XP Deus and the Minelab E-Trac! Do you think that this is wrong? Look:

First impressions of the Garrett AT Max

Recently, Garrett made a detecting rally, so that many detectorists could come and look at the AT Max, as well as test their own metal detectors on the buried items (coins of different values) and determine which of the detectors are better. The results were interesting.

The detector really impressed many detectorists at the rally, for example here is something that was said by a detectorist who attended the rally: Hearing vaguely that someone “I vaguely eavesdropped on someone who could not pick up a hammered coin at 15 cm depth with their detector, so we went to this signal. The AT Max confidently picked it up, the Terminator picked it up with a big coil, but the Deus with a 9” coil. We checked it with another Deuce with the 9” coil, but it too missed it. We called a guy with an E-Trac. He put the sensitivity on 30 in a manual mode and the detector found it, but for me, for example, it is impossible to detect with the E-Trac on the sensitivity 30. I usually put it on Auto + 3. The Deus 12” gave somewhat of a signal, but as I understood it, the signal was not very good. The guy with the Deus with the 9” coil came back after a while with some new settings, and he barely managed to master the task – to get a signal. However, judging by the sound, it was not the usual settings which you can search in normally. The Deus with the white coil and the new firmware confidently picked up the coin at 30 and 50 sensitivity, which made the owner happy.”

As you can see, the AT Max works no worse, and in some cases, better than the Deus. Yes, it all depends on the settings of the Deus, but the AT Max settings are much easier and more versatile. Versatility with ease of setup gives us a good chance to pick up more signals at different points of the detecting.

A similar opinion was heard from other diggers. There are several videos where the new product is already out in the field, being tested, being commented and so on…

In my opinion, it may be possible that the company Garrett slightly changes the detector and the mass-produced model will have some additional useful features not found in the prototype.

It is funny how these guys sprinkle different chemicals on their silver finds directly after finding it.

And the Garrett was also tested on the beach:

So, what is the result?

In general, the detector is going to be quite pricy. With a price comparable to the cost of the Garrett’s AT PRO, we get a kit with the metal detector, which is better than the old AT Pro, and has wireless headphones included. 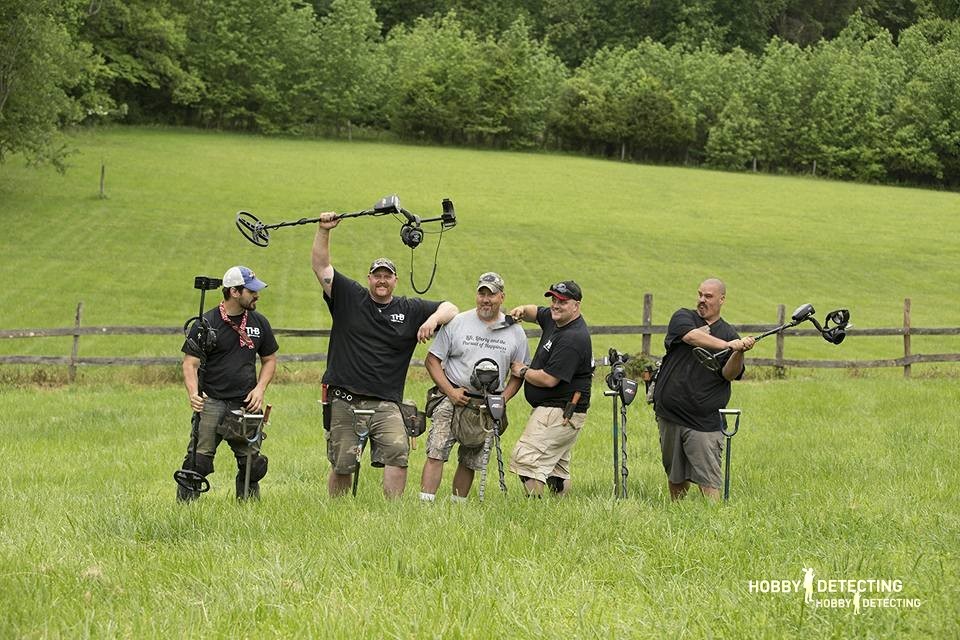 Waiting for this novelty?

All news about detecting we gather here, and more about the novelty detector Garrett AT MAX, we will gather here!