The snow just recently got off the ground, which already was there for three months, while I wanted to go out with my Fisher F44 detector. At that time, it was a lot of strong winds in the area, thereby drying the earth. So, the next weekend I went detecting in the fields, not being afraid of the mud.

My chosen field was already dry enough to walk on it after the winter cold. 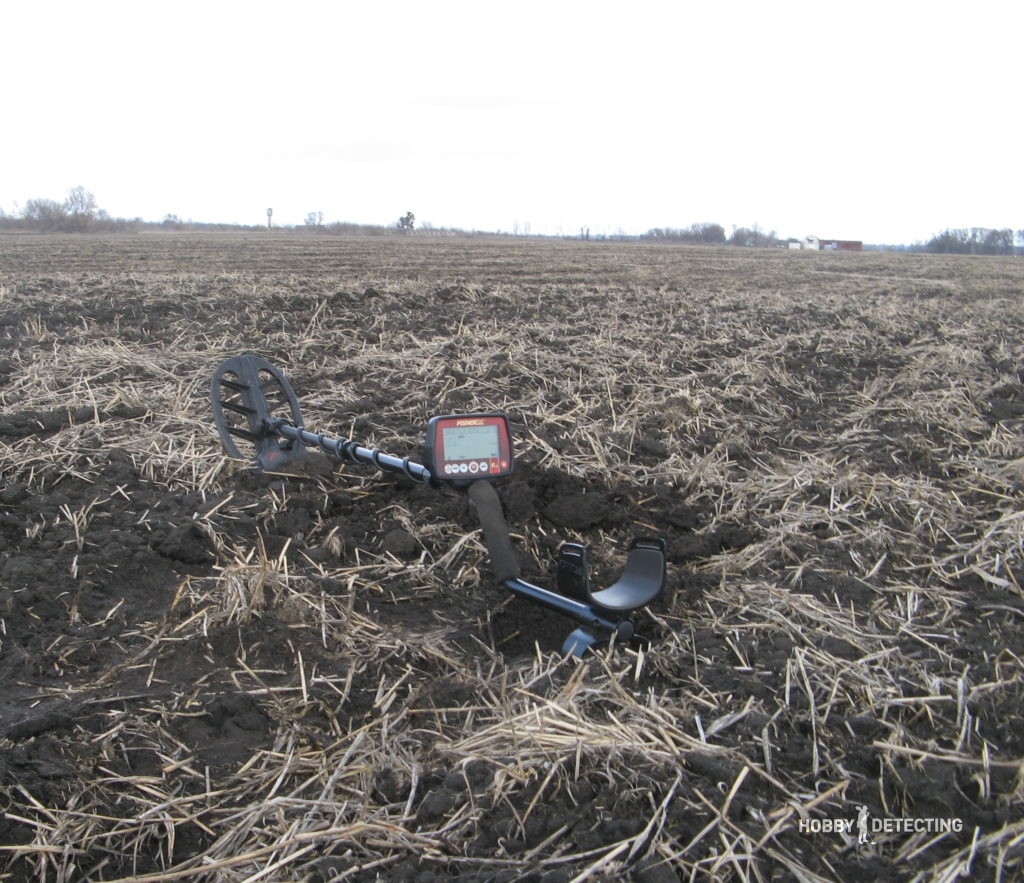 As unlucky as I am, after one photo of the first find this year, which was a horse shoe, the batteries in the camera went flat. To go and get them to the car is to waste precious time, so I decided to continue detecting without photo documentation. 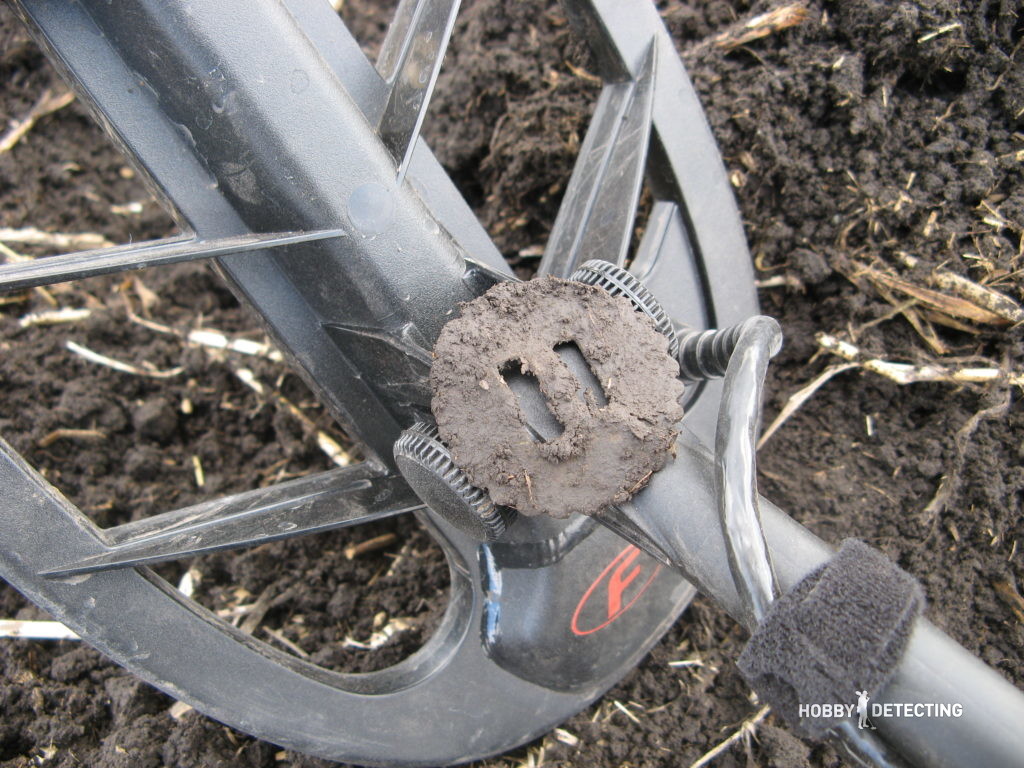 And then, when there was nothing to photograph with, the finds started coming. An encolpion, some buckles, various bronze debris and on the very edge of the field, where few people walk, at a depth of a bayonet, I found a scabbard chape. I had only seen this item in photographs on the Internet before, so this find made me inexpressibly happy.
After wandering around the field and not digging anything more, I returned to the car.
I washed the finds, the scabbard chape was in such a good condition that after a little water, it was ready for the collection. Then, having already replaced the batteries, I photographed my first finds from 2017. 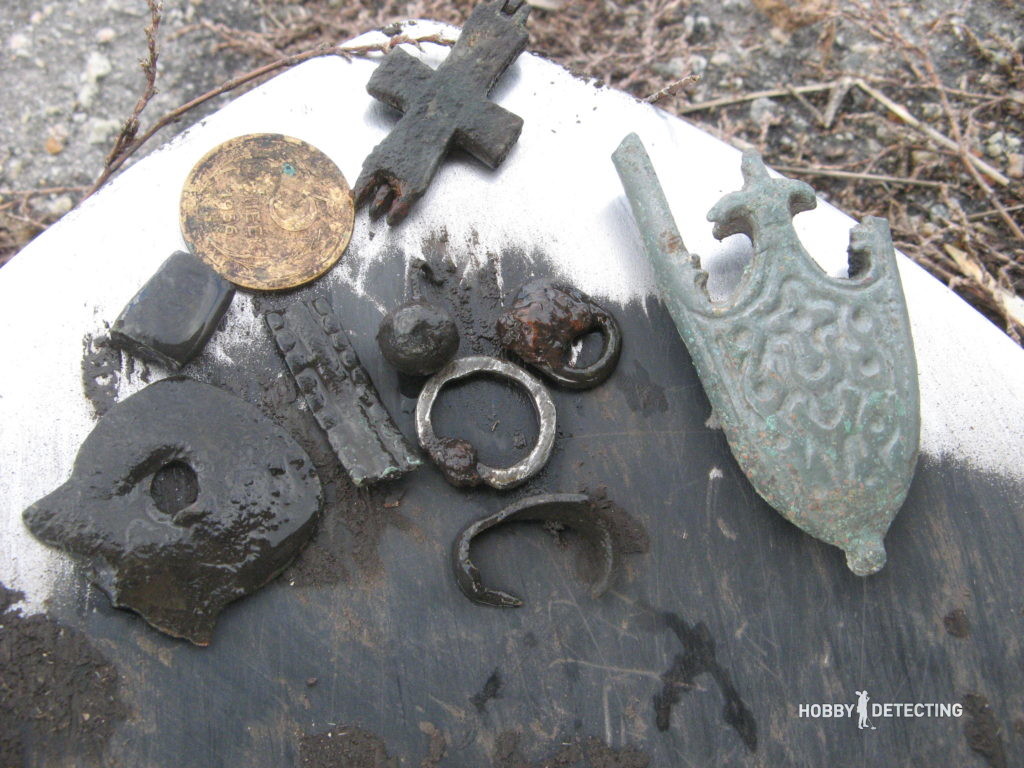 A scabbard chape is the lower part of the scabbards of combat swords. They could be made from different materials, but in pre-Mongol times, they were simply made of cast bronze.
At home, I found out that my find dated back to the end of the 12th or the beginning of the 13th century from the times of the Kievan Rus.
I’m not going to sell the artefact – I will let it be and remind me of my first trip with the F44 in 2017.

Want to read about more interesting relic finds? Then you should look here!