At times it is interesting to see at times what fellow detectorists find from other places in the world, and one such interesting place is Königsberg (Kaliningrad). East Prussia is full of history, it is not surprising that some detectorists there find items from ancient Rome, very rare finds in the Baltic region!

From a conversation with an old digger: “We used to go through the woods and German helmets were just being kicked around. They were in different colors, and at times with liners … We did not take these goods, because we did not know that in 20 years it would all be worth something.” Well, yes, and the grass used to be greener, and the sky was bluer. But there was such a time, yes, when you went into the woods and found tons of finds – helmets, rusty iron objects, knives, and other stuff. Today such a trip would be a whole event! 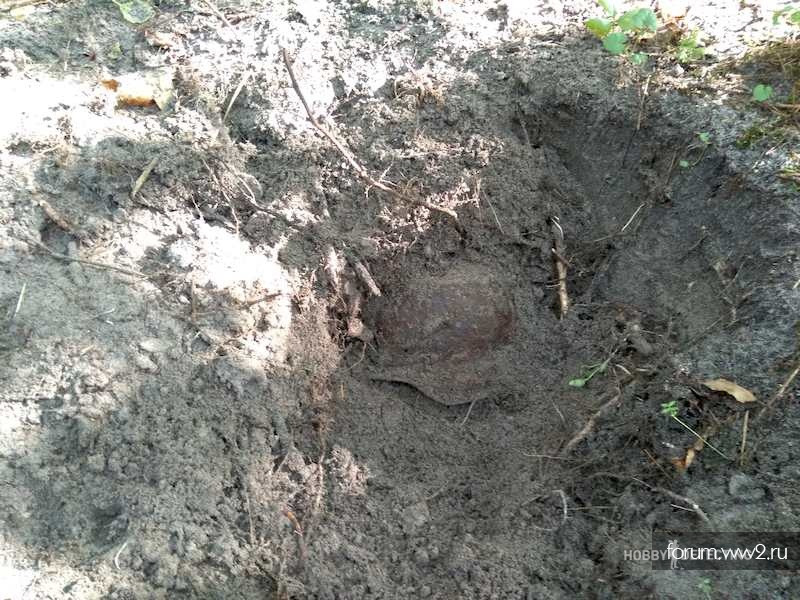 Now, helmets can only be unearthed, there are almost no surface helmets. Each piece of iron in the forest has already been picked up by all sorts of “detectorists”. 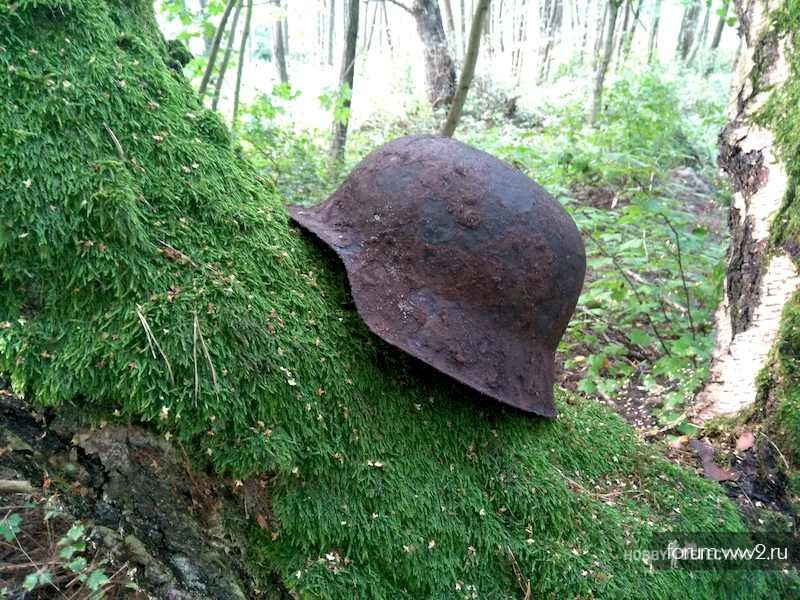 This helmet sure is something to keep! It seems to be intact, and the condition is quite alive. Just clean it, and it will decorate the shelf of some collector. 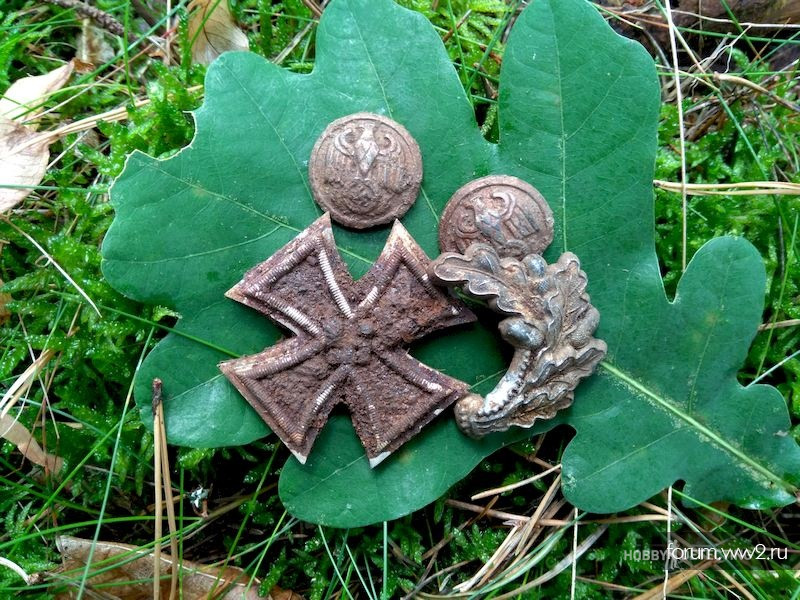 There are especially many things to find in the Kaliningrad region. The soldiers dumped everything – equipment, personal things, weapons, medals, and awards. When they went into captivity, they threw off everything to survive. 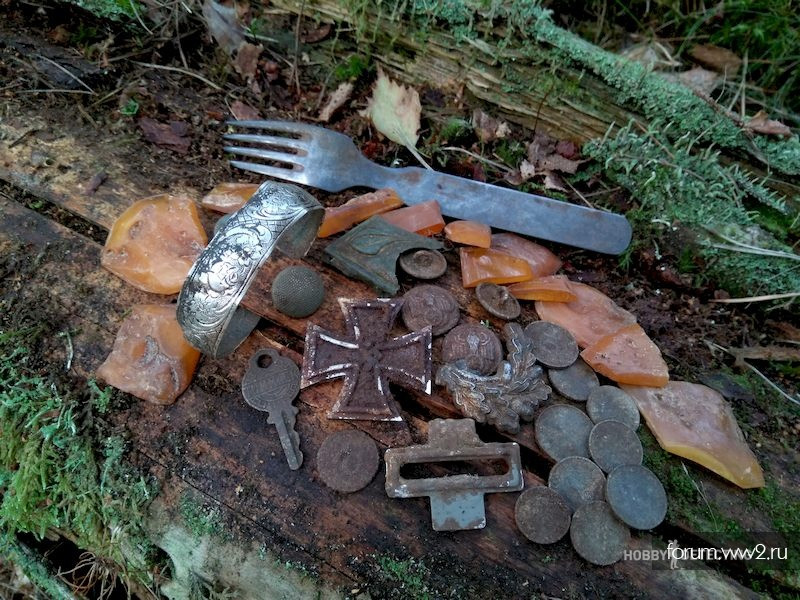 Here you can find almost everything – coins, a bracelet, a fork, an Iron Cross, and real amber! All found in a dugout. 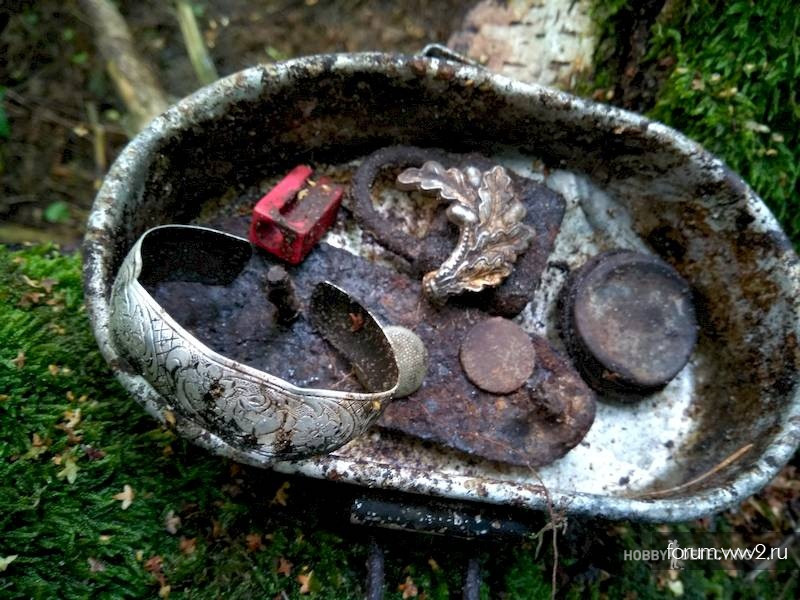 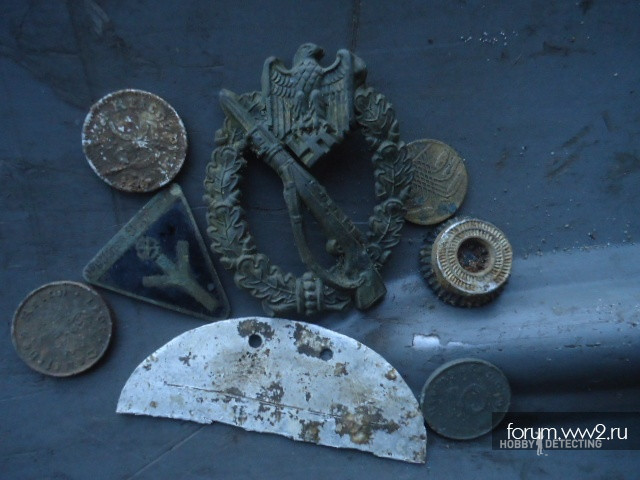 For the most part, it’s all the crumbs of those finds that used to lie in the ground about 30 years ago under your feet and nobody took them.

They did not take rusty iron, who was interested in it? 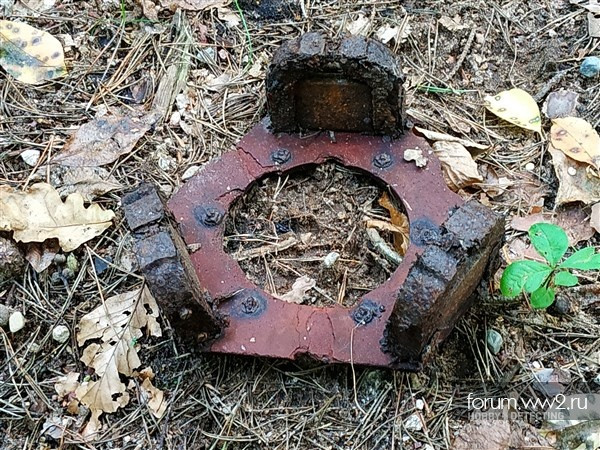 A piece from a German magnetic mine, it was put to the armor of the tank to blow up the tank and the entire crew inside. This is dangerous, I can not even imagine what kind of strong nerves and guts you need to have with such a thing to run up to an enemy tank, which is also covered by infantry. It is easy to be torn apart by a machine gun while doing this, and then you will be missing for 70-80 years. 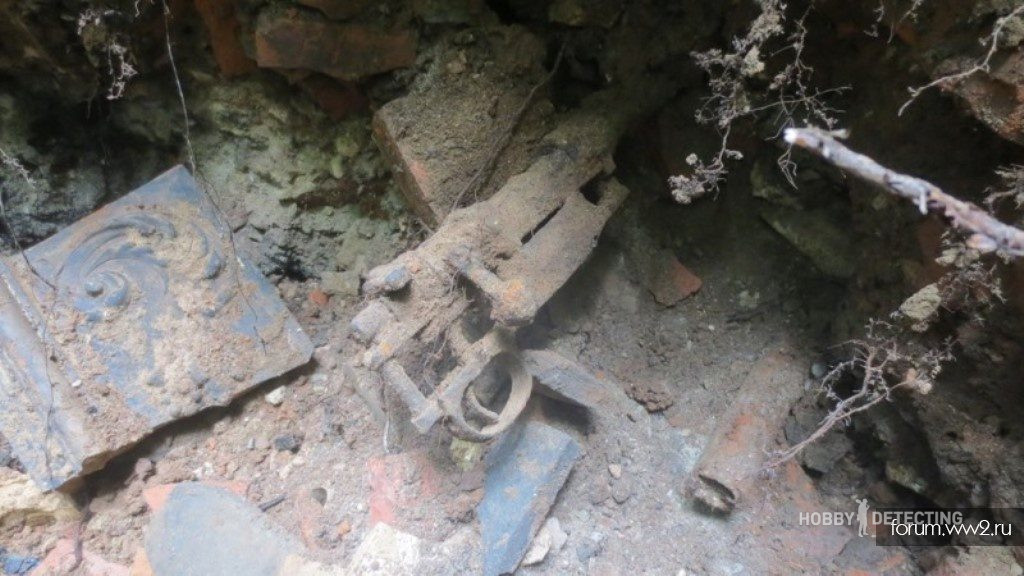 And such good things can also be found there! 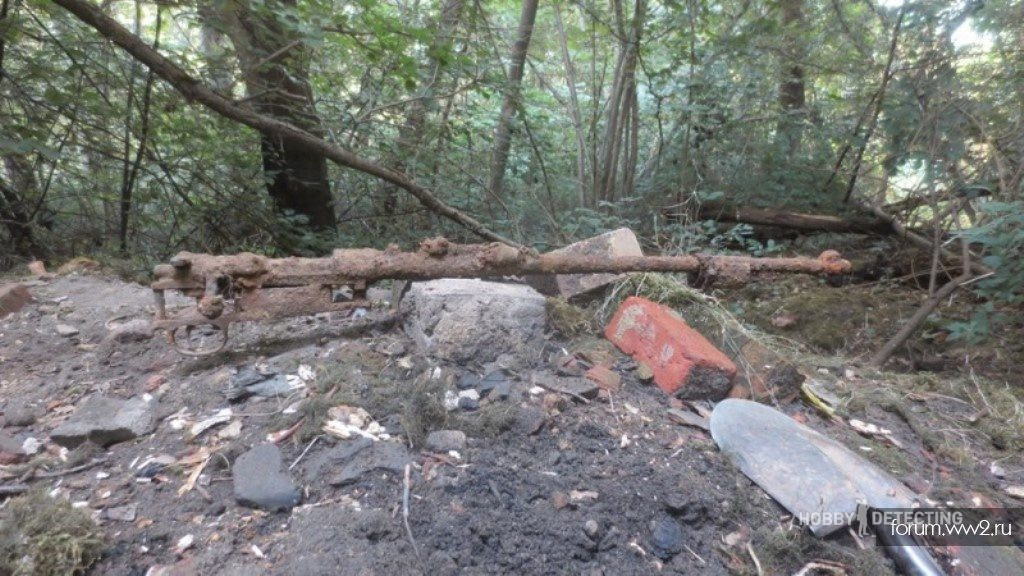 It is quite possible to clean them up. They will never shoot again, but as a collectible, it will be perfect! 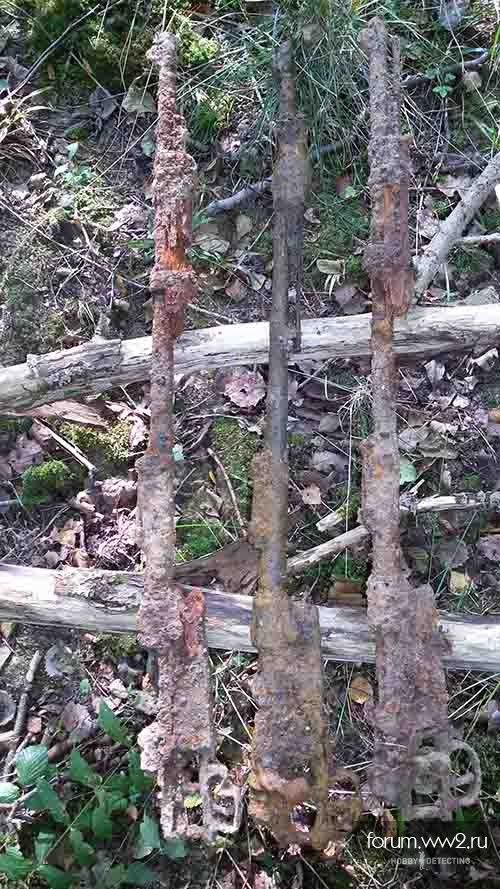 And then there are three of them. Mauser 98k – the standard weapon of the German army from the Second World War. 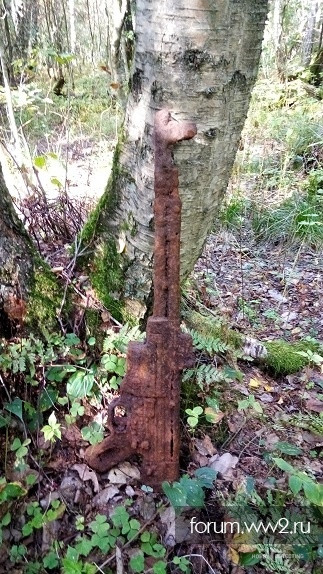 And now a snack – Sturmgewehr 44, STG-44. Some people not familiar with weapons and weapons history call the STG44 a prototype of the Kalashnikov, but for those people, everything is the same.

I would not have refused to have such an item in my collection, of course. They were made for a limited time, but now there are even less of them. I saw some photos from the Middle East – they are still fighting with them, but these are all remnants of the former luxury.

Good luck and finds to all!