How I found a Roman Legion Stamp! (Diggers story – without a metal detector!)

The idea of this trip came completely random, on a warm summer evening in one of Amsterdam’s parks. My friend and I were sitting on a bench and drinking wine, thinking about how to spend the weekend. The wine was German, and that led us to the idea, why not go to Germany and dig for some antiquities? We decided not to go by train or bus, but with the bikes. I had a look at the map, and figured the approximate route. The distance seemed foolish to us, some 150 kilometers. We figured that the road will only take a few hours.

We did not delay the trip for too long, the next day, at 5 o’clock in the morning we saddled our iron horses and headed south-east towards the Dutch-German border. The destination of our trip was a small town in western Germany, which dates back more than two thousand years ago, with the arrival of the Romans on the banks of the Rhine. The road was not as easy and fast as we expected. One friend broke his bicycle, and particularly – the frame got cracked in the middle, and it was literally falling apart, so he had to buy a new one. A benefit in the Netherlands is that you can buy a bike everywhere. The problem was solved, but we lost several hours and entered Germany in the middle of the night. We did almost not stop all night, and we arrived the destination in the morning, tired and with little sleep. Then we stayed at an inexpensive but comfortable guest house and immediately lay down to sleep. 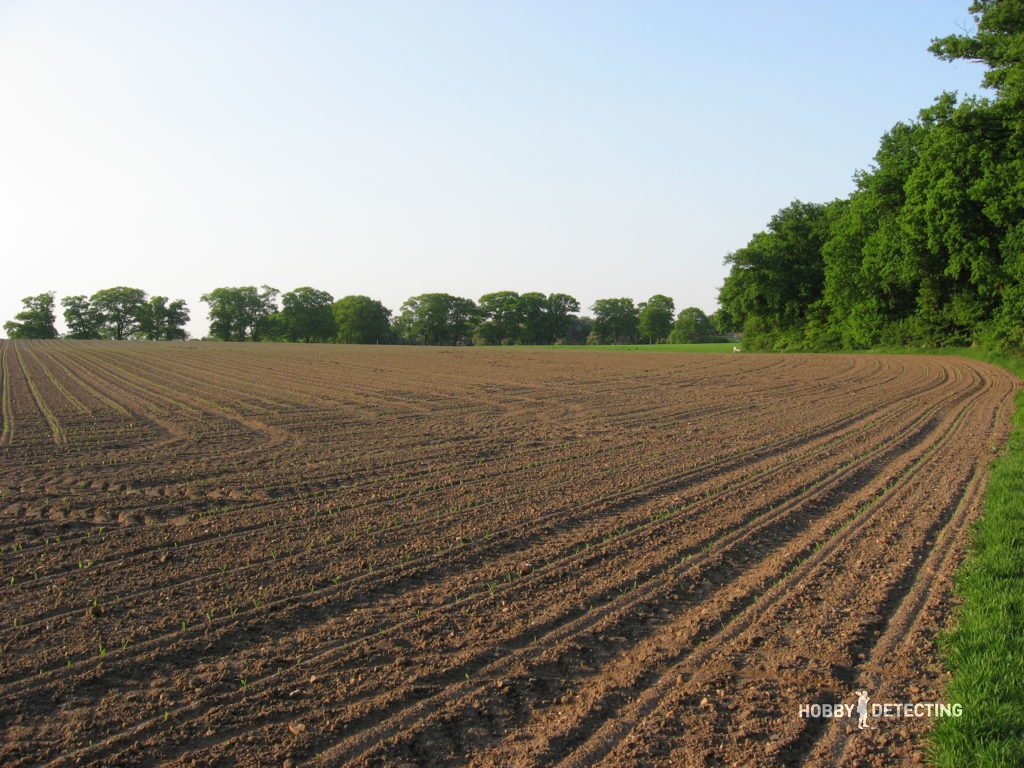 The next day, we, fresh and cheerful, finally went to the place of the search. Unlike many cities in Europe that have grown on the spot of Roman settlements, the town in which we were in, is not far away from the hill where the Roman military camp was built at the end of the I century BC. In ancient times, it was a big building, constructed from wood first, and then, in the time of Emperor Nero, rebuilt in stone. The huge territory, surrounded by massive defensive walls and towers, was built up by economic and administrative buildings with tiled roofs. There were barracks, workshops, granaries, hospital – in short, everything you need to serve the needs of two legions. There even was a sewerage there – The romans sought to bring comfort, even here, in the backyard of the great empire. But the camp did not last long.
It ended in the revolt of the Germanic tribes in 69 BC In Rome, there was a civil war. The camp was also involved. After a long assault, the camp was captured and destroyed by the Germans, and its defenders were killed or captured. A year later, the Romans came back with an iron hand and again led the Germans into submission, but they did not restore the camp, they built a new one, on the banks of Rhine. The stone remains of the old camps were separated in ancient times, it is now just a bare and desolate hill, surrounded by fields. In general, the ideal place for archaeology lovers like us. 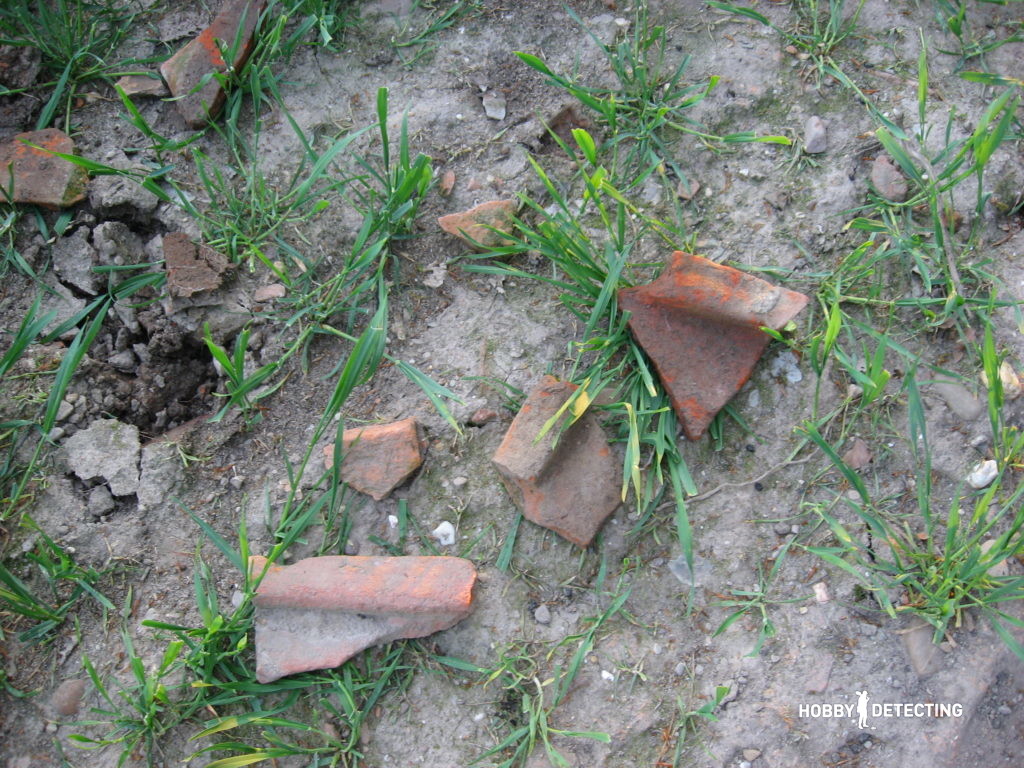 The weather that day was wonderful, our mood was upbeat and we immediately began to search for finds in anticipation. There were shards of pottery and roof tiles everywhere- a sure sign that in ancient times there was a large settlement here. A few hours we wandered through the fields in the hope of finding something of value, when we suddenly noticed that two men were approaching us. Their faces were stern, and we were clearly not welcome. They began to ask us what we were doing. In bad German, I said that we were just tourists walking here. Fortunately, they quickly lost interest and disappeared as quickly as they had appeared. My friend and I did not understand who these two were, whether they were farmers or diggers. Who knows. 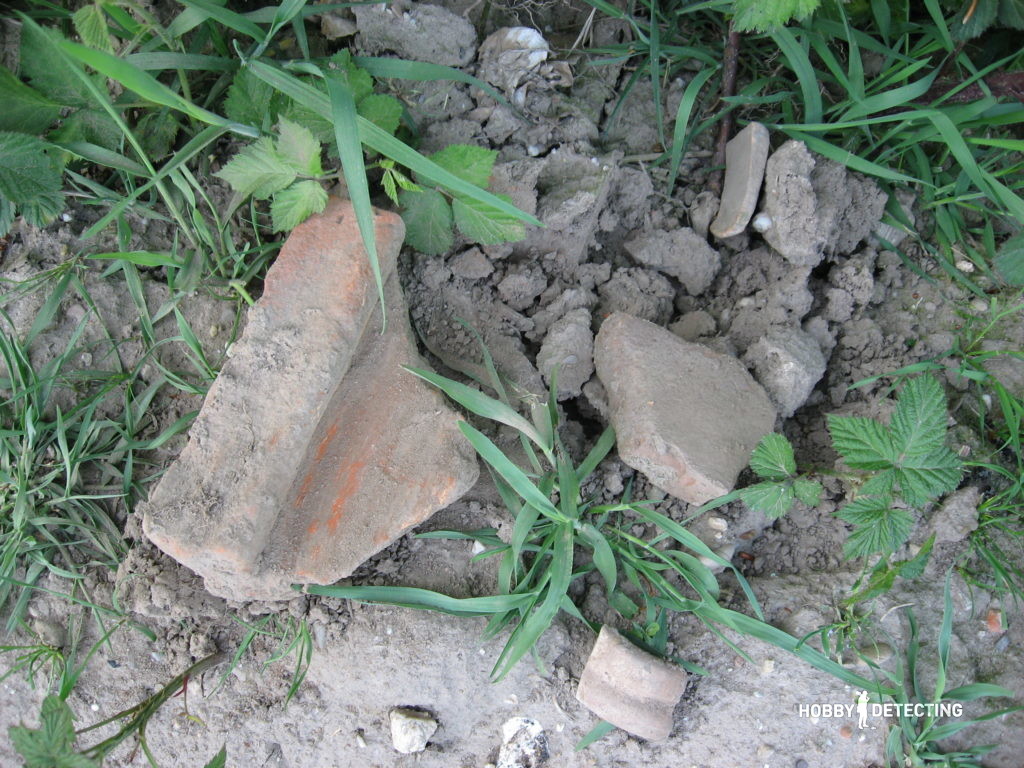 As soon as they left, I caught sight of a small piece of tile, unremarkable in appearance, which looked just like the others. Nevertheless, I took it in my hand to get a better look. As if I had an inner voice which whispered to me that it I had to take this piece. When I turned it over, at first I did not believe my eyes. In front of me was perfectly preserved stamp with a clear inscription «LEG». This left no doubt in the fact that the stamp was made by one of the two legions, standing here in the middle of the I century AD. 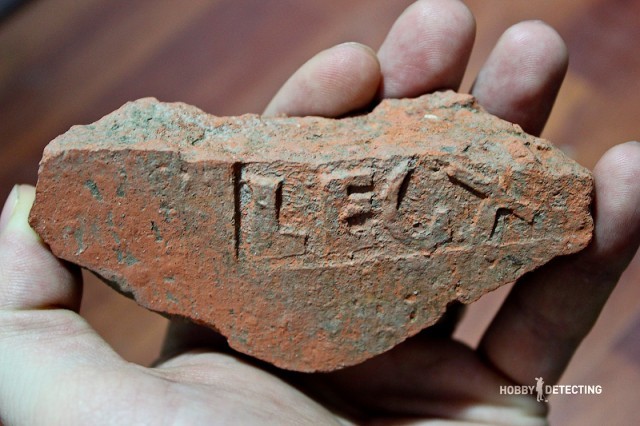 The find is very rare, given that this inscription does not appear on each tile. The letters were clear, not affected by external impacts. It is hard to believe that this stamp is nearly two thousand years old, and that it has been made by people who lived in the time of Christ! 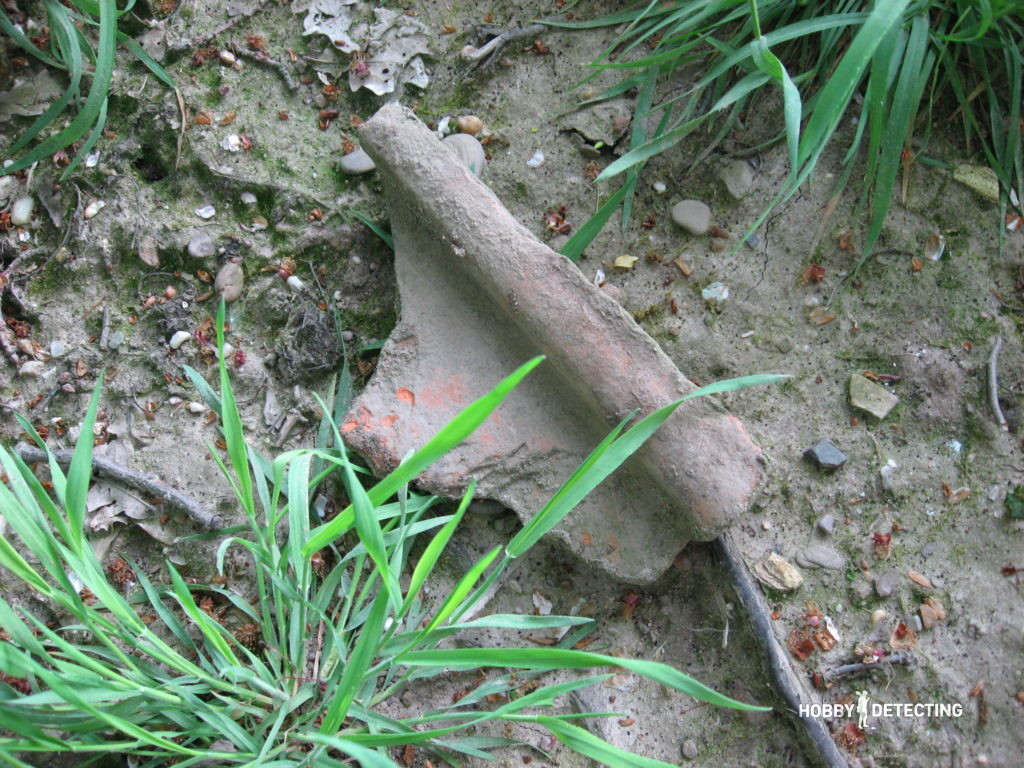 Very pleased with this find, I began to closely examine other pieces, but they all were without markings. When we finally got back to the guest house, we celebrated the find with delicious German beer with fried sausage. 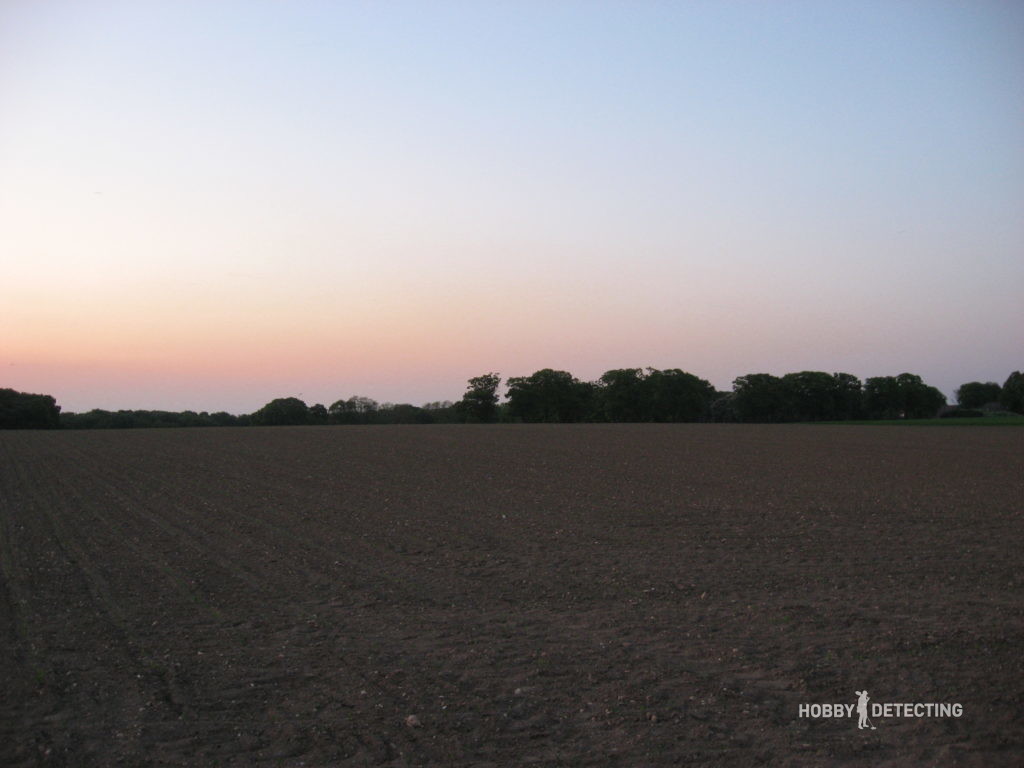 The next day we set off on the return journey. Our trip was a success, and we did not return back empty-handed. By the way, when I was on my way to that place, my dream was specifically to find a legion stamp. This is just more proof on the fact that if you want something very much, you are going to get it, and that you should always listen to your intuition. If it hadn’t been for it, I had probably not noticed the unremarkable at first glance piece of tile, which turned out to be an amazing find.

Ancient Rome is one of the most interesting topics for all diggers in Europe. Roman coins across almost all European countries, shows the power of the Roman state. All articles about ancient Rome we gather here.