On the one hand – a usual story, but on the other – no! This all began when some fellow detectorists went detecting in a field next to the old tavern, the field was repeatedly plowed by a tractor. They searched, dug and found, as they say, such a miracle: 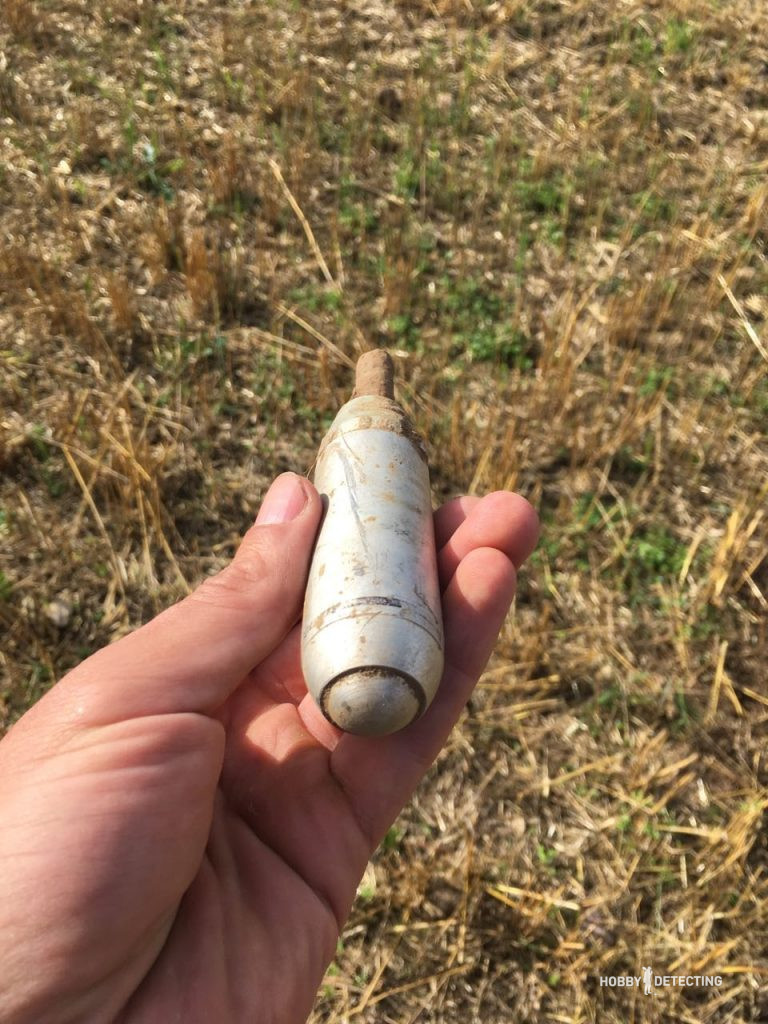 An ordinary cylinder of non-ferrous metal – it would see, what could it be? On closer inspection, it turned out that this cylinder had signs of being an explosive – the detonator is visible from the top, the cylinder part is made of components from a projectile – it is difficult to decide the caliber, about 45 mm, it seems? 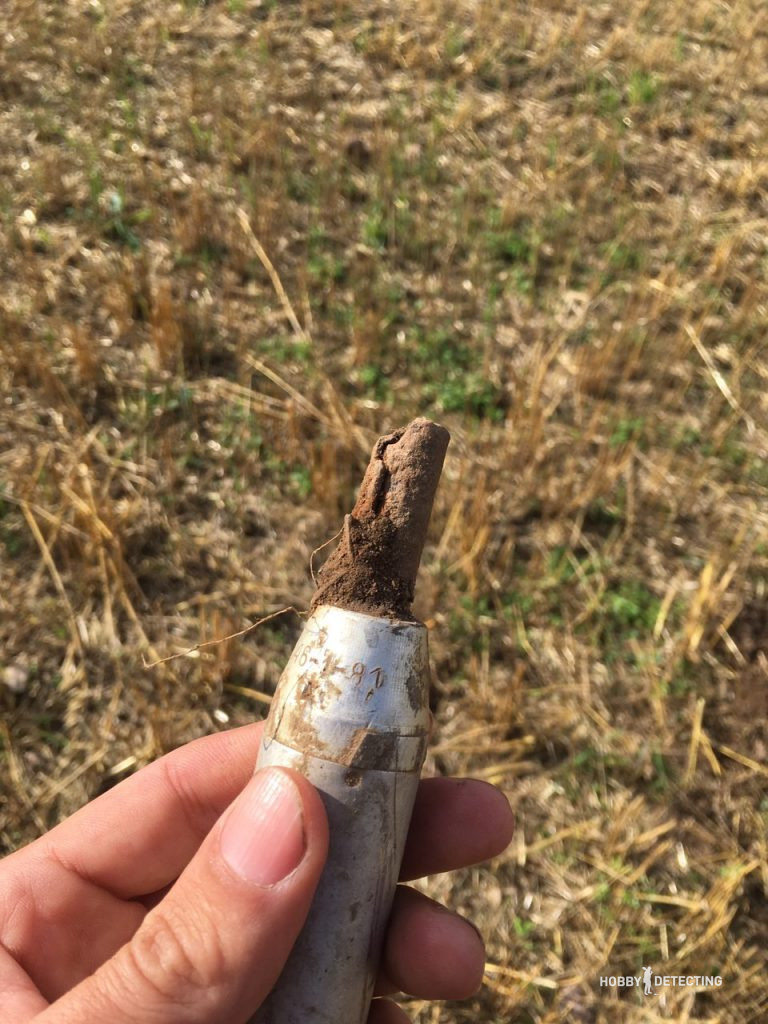 Then detonator is all rusted, of course, but it was decided not to risk anything and the guys called the relevant authorities. But they ran into some difficulties – it was difficult for them to find the place where the guys were, then other misunderstandings occurred because the find was difficult to identify and it was not known what it was for sure. No one had seen anything like this to this day. In general, after consultations with the authorities, it was decided to send sappers to the location. 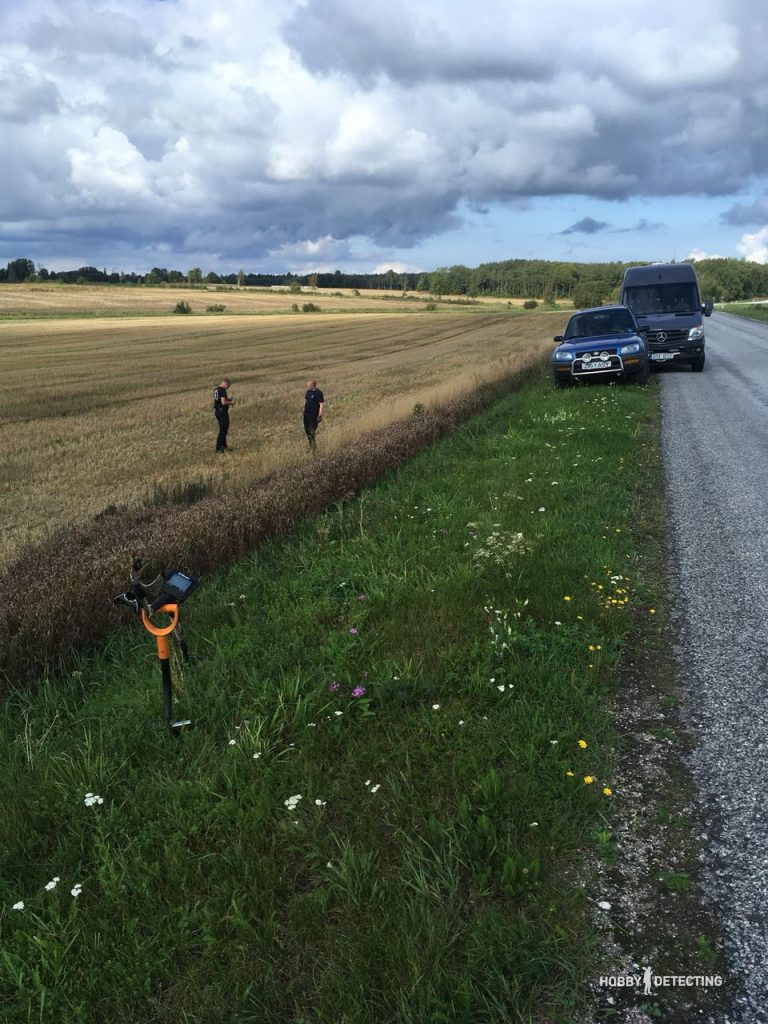 The sappers arrived quite quickly and were surprised too because they had never seen something like it. They photographed it, documented it and laid it under the ground. 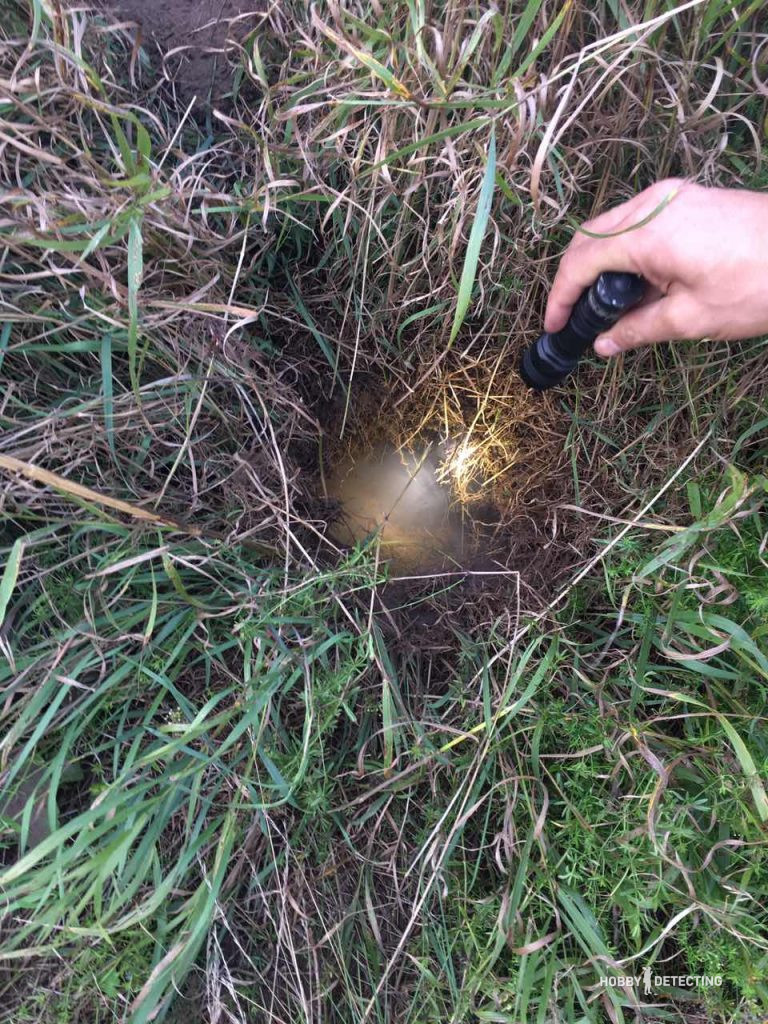 They laid their charge by it, laid a wire to it and prepared this miracle for destruction by an explosion. And this was the correct way to do it – don’t mess with the unknown. 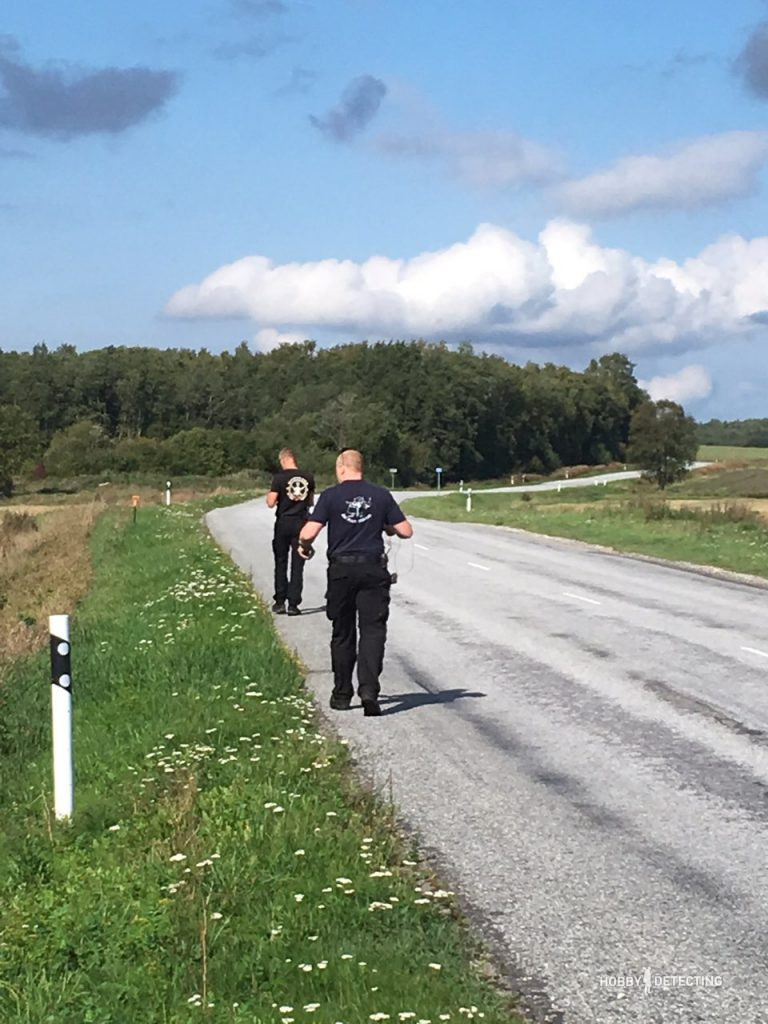 The explosion was decided to be arranged near the road, at the place where it was found, while there were no cars. 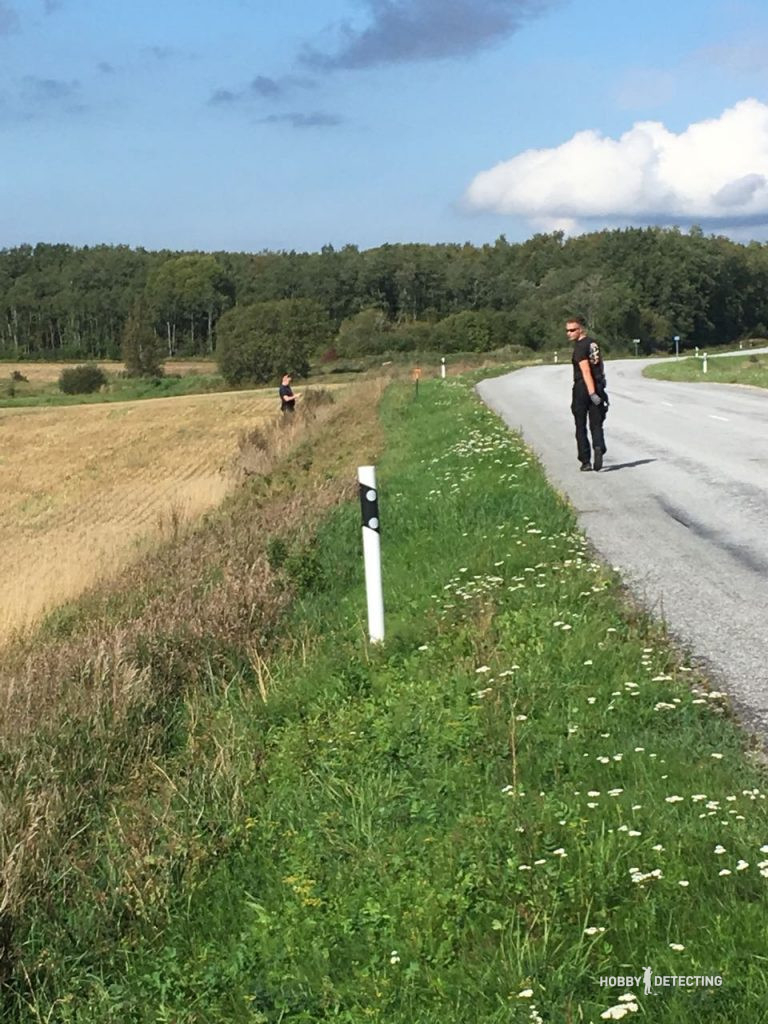 A deaf boom sounded, and the self-made grenade was destroyed.

All that remains of the improvised explosive device: 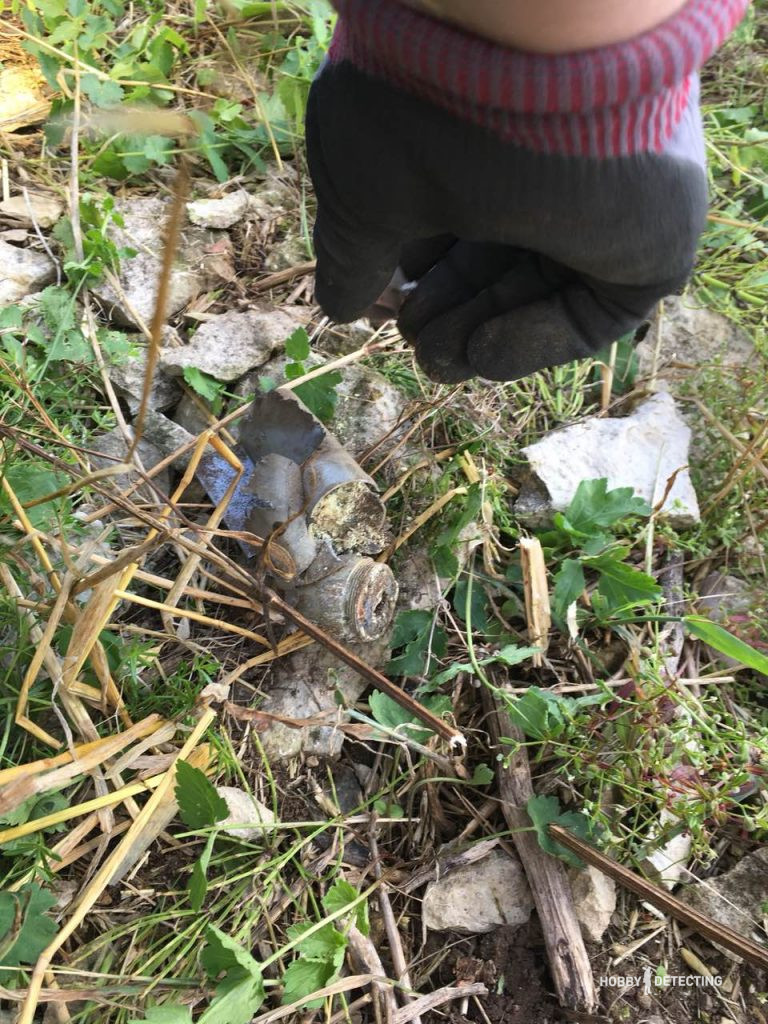 Apparently, there really were explosives inside of it. The device itself broke down safely and no longer posed any danger. 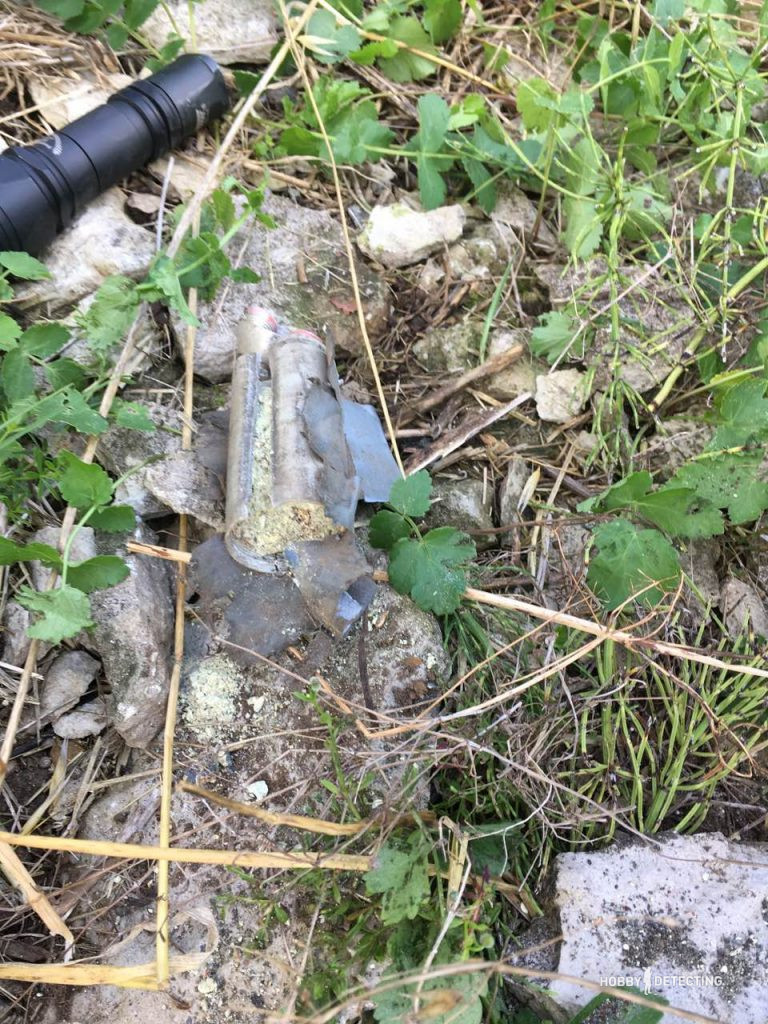 All the stuff and the contents left, the sappers dragged with them.

The moral is simple – if you have found something unknown, but with signs of explosives, it is better to call the sappers, because you never know what’s inside and when it explodes. Dangerous thing, never play with it!

Take care of yourself, friends, and good luck out detecting!