Every day, the temperature is slowly creeping down, and the winter is getting closer. In the forest, a thick layer of leaves has covered the ground, and in the fields, farmers have already harvested their crop. As long as the ground is not covered by ice, i decided to go out detecting.

This time i decided not to go too far, but rather to a nearby field. The farmer plowed this filed last week, so there has to be some finds. 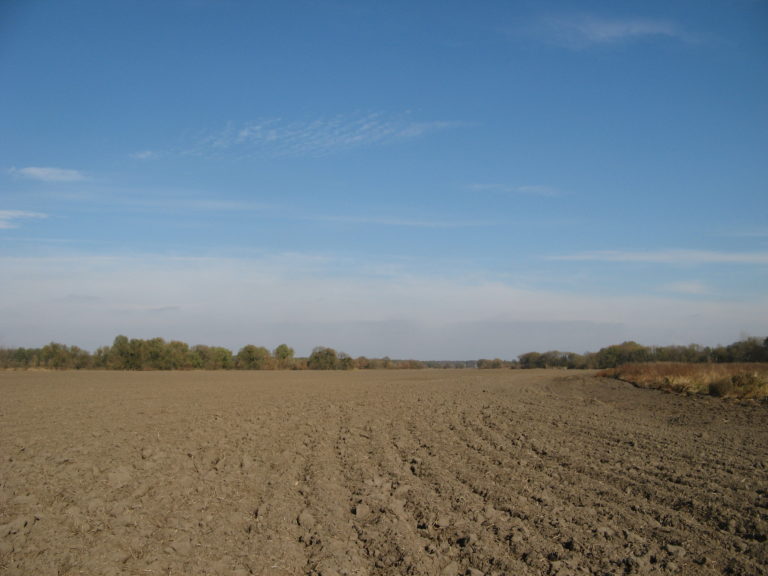 My metal detector is the Ace 300i, and i am using the Nel Attack coil. I like it very much, because it has excellent detection depth and big coverage. I do not find it tough going detecting with such a coil, despite of its weight. 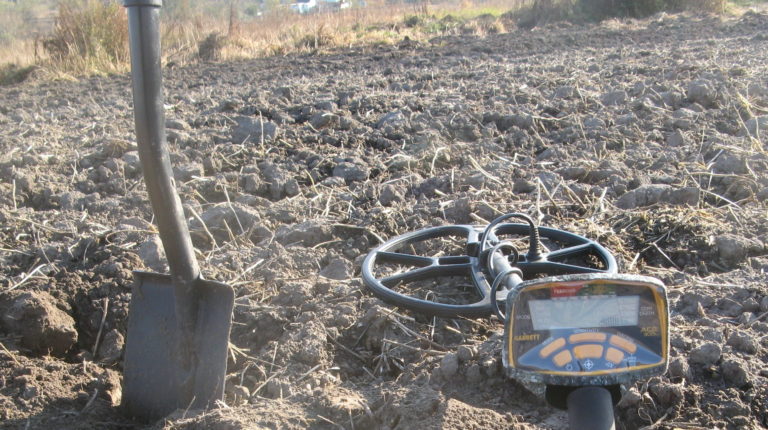 The first coin which i found on the edge of the field was a 1 soviet kopek from 1936. 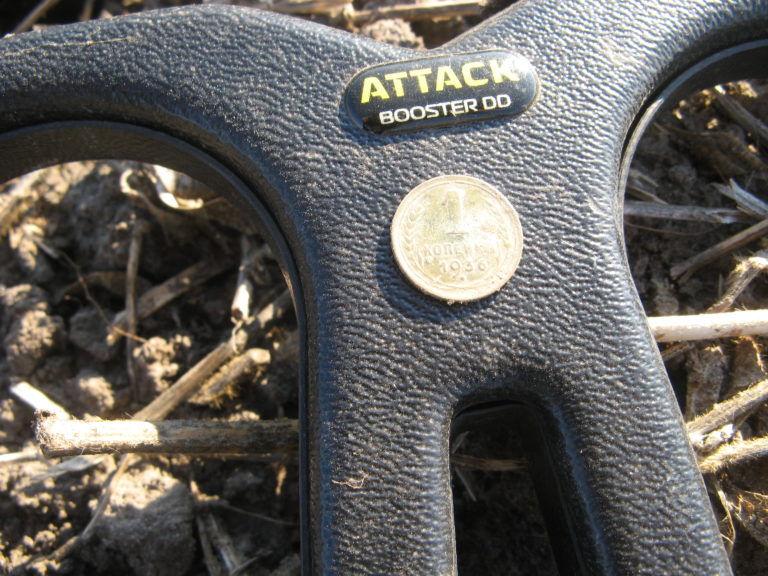 That is already a good start.

But in less than ten minutes, the coin was accompagnied by 15 kopeks from 1982. 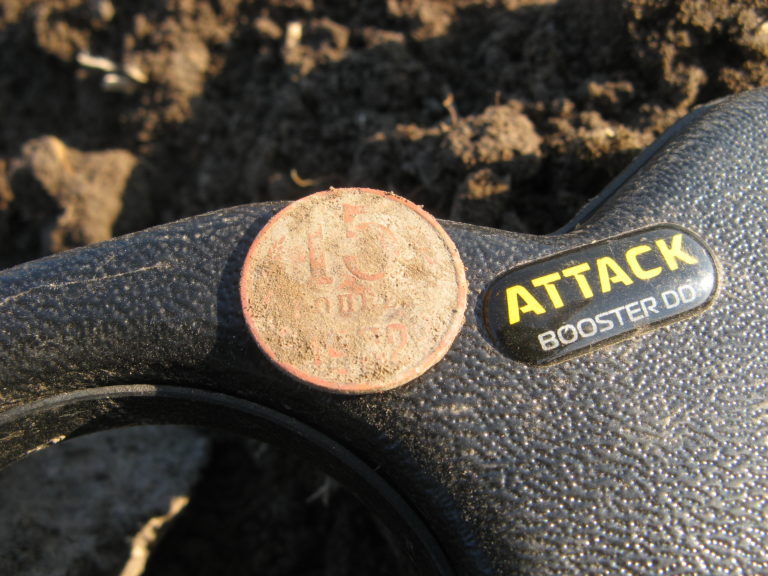 These copper-nickel coins often appear in the foil segment, but this signal was clear.

What I like most about this big coil is the fact that it detects coins very good, even if the coin lays vertically. That’s how I found this coin: 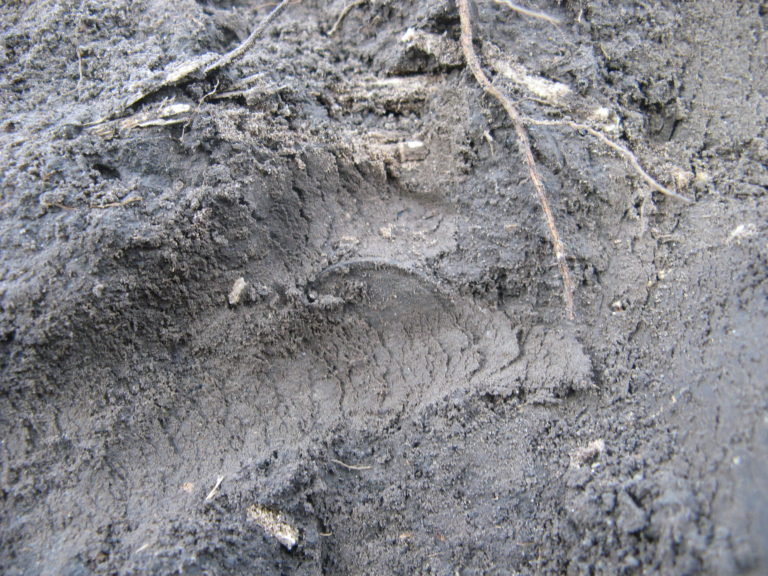 Sometimes when i say that i find coins laying vertically some people do not believe. But this time, I took a picture of it and now everyone can see that the Ace 300i with the Nel attack coil is capable of finding such coins, despite the fact that they are deep, and not on the surface.

A few steps further, once again i found 5 kopeks. 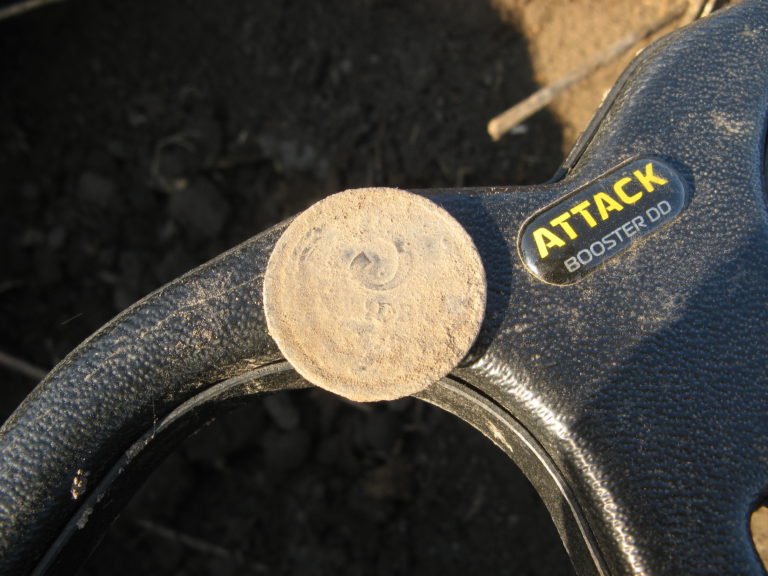 Suddenly i got a good signal. This time, the coin was nickel, and i couldn’t make out what kind of coin it was. 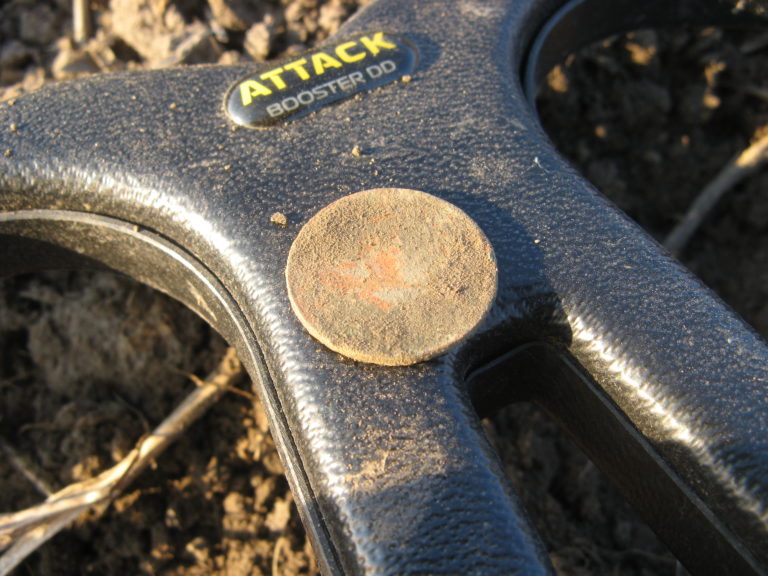 After a few meters, the metal detector started beeping again. This time, I pulled out a late Soviet 1 kopeks. 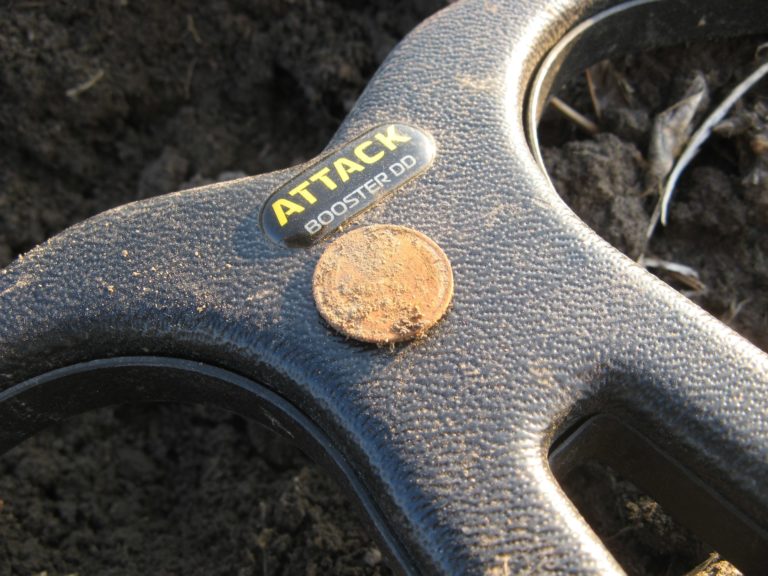 The sun started touching the horizon and i realized it was time to start packing down my detector. 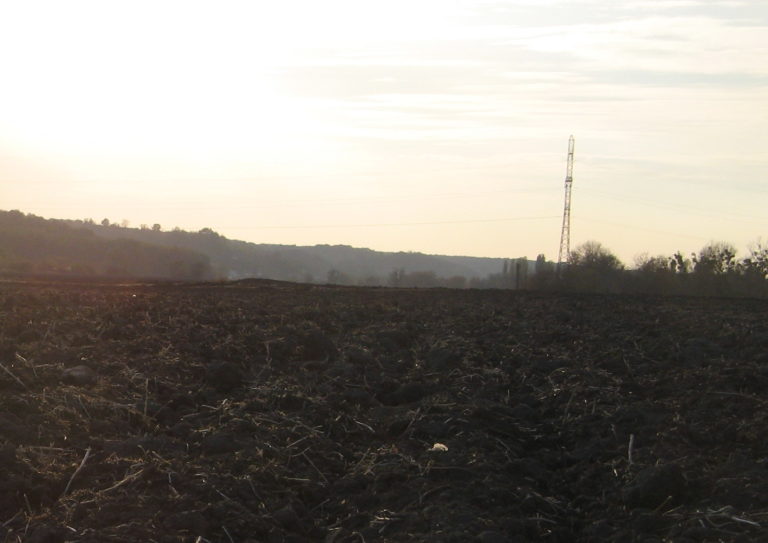 It was rime to go home and wash my finds. However, almost at the last minute, i got a high tone. Digging down i found 2 kopeks from Nikolai the 2, unfortunatley not being in perfect condition. 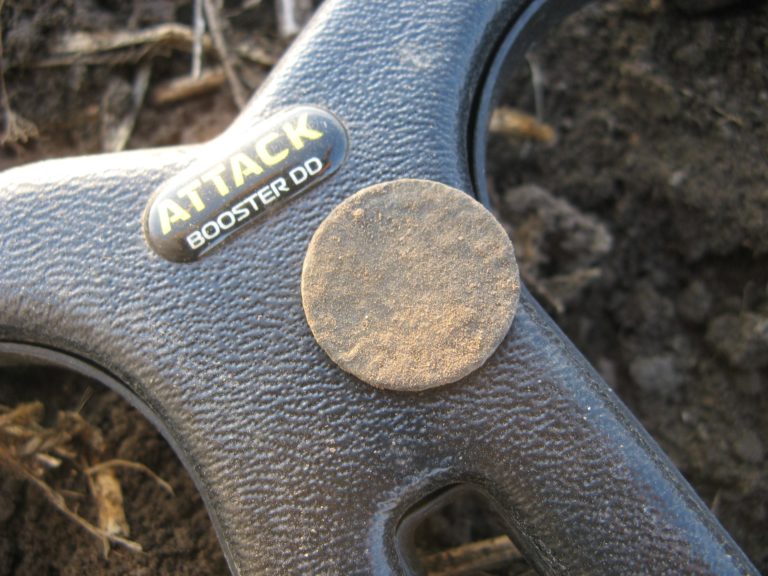 This was my detecting trip to this field, which had signs of other detectorists having been there before me. Hovewer, this did not prevent me from returning home with some finds 🙂