Amazing golden ring found in “Robin Hood’s Forest” worth up to $87,000

Sherwood Forest, a known forest because of the legend of Robin Hood – the one who stole from the rich and gave to the poor. And recently, an amateur detectorist found his own treasure – An old golden ring that may date back to the 14th century, and it may have a value up to $87,000. 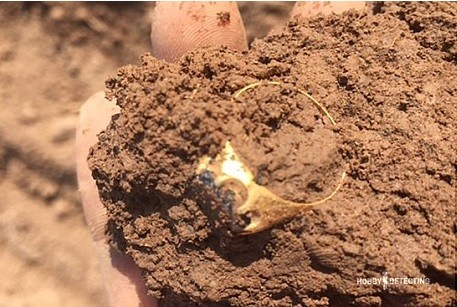 This amazing find was dug up by the detectorist Mark Thompson. He says that he found the ring after just 20 minutes of detecting. He admits that he certainly was not expecting such a find. He reported the find just after finding it. At an auction it may be sold for $25,000-$87,000.

Mr. Thompson said: “I was really excited when I first saw the gold, but I didn’t quite realize just how important it might be.”
The ring which dates back to the 14th century, has engraved an infant Christ on one side and a female saint on the other. 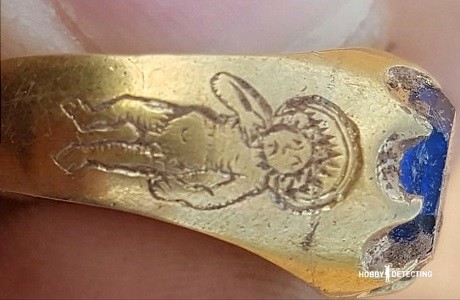 In my opinion, the ring is absolutely a find of a lifetime, and it must have been an amazing feeling finding it. The ring will be valued by experts, and then offered to museums for purchase. Mr. Thompson will get a reward as the finder of the ring.

The ring is 80 per cent gold, equipped with a ruby and an emerald. 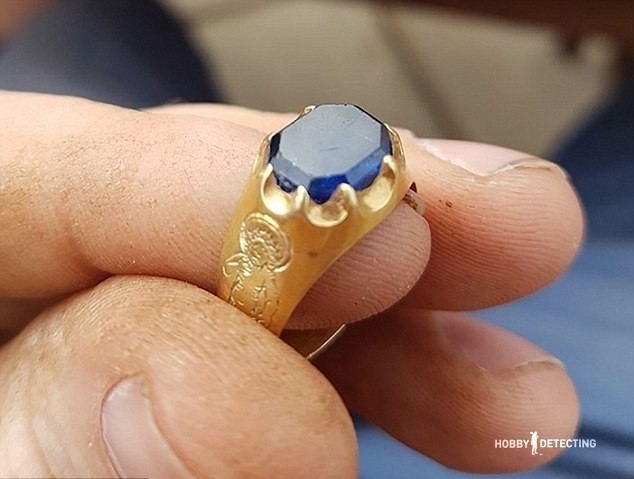 The detectorist himself claims to have found the ring using a “cheap” metal detector he had bought on eBay. He did not say what detector he used, but I think any detector would have given a good signal on this find.