About the box, packaging and first photos of this detector, I wrote in a previous post, you will find this post here. But now I will share my experience of using this device. 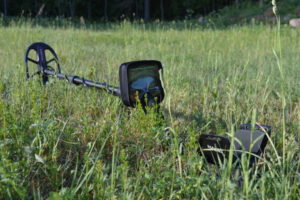 In fact, the detector first gave me a bit of mixed feelings. The first ting that was srange – why did it make such fun and unusual sounds? I looked at the menu, I played with the settings, but I had read the manual and mastered it, but I did not hav any questions about it. For a long time I relied on the “depth” mode, thinking that should definitely check it out. 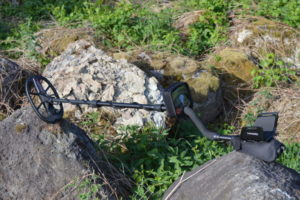 The design of the device itself is very familiar, the block is located on the standard S-shaped bar. Nothing groundbreaking has not yet come up with this design. 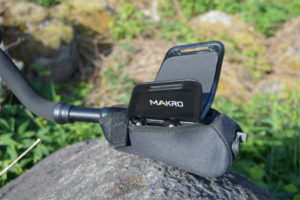 The second block, which houses the battery compartment, speaker ON / OFF lever (it adjusts the volume!) And headphone jack, is located directly under the armrest. I liked the armrest – it is big and comfortable, well-adjusted in height, I am sure that even a warm and thick winter jacket is easy to fit in this. It is better to use a cover, it will last longer. 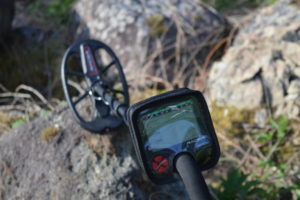 The seal installed on the handle is soft enough, but for my big hand it is a little inconvenient, I want to increase its volume and apply additional material over. As seen in the photo – the menu control buttons are located on the left side, at first I thought that I would have a problem with such an arrangement of buttons, I’m left-handed and often during a dig I move it from one hand to another, but even with my left hand, I easily managed to reach the menu with my thumb. 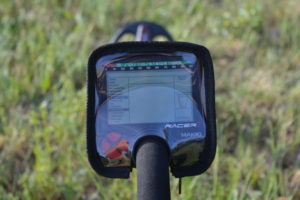 The device is not claimed to be waterproof to 100%, so it is better to keep on the cover and pull it off only occasionally to clean / dry. The photo shows the VDI scale, – iron segments from 0 to 10, the rest is color signals from 10 to 99, which after a couple of digs already seem to be very informative, but more about that below. 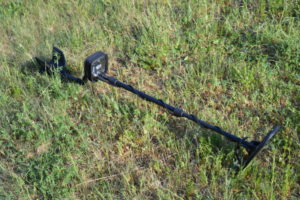 A little about the assembly of the device. Collecting it is easier than my Garrett AT PRO. There are good clips on the stem, there is no fear of breaking or damaging it when assembling the device. 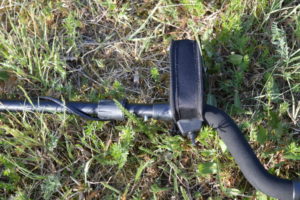 From what I am thrilled, is because of the trigger. Push the trigger towards you – it works in pinpoint mode, push the trigger away from you – it tunes in ground balance. And there is now a place where you can put your index finger (who shoots – will understand) After several digging trips with theMakro Racer 2, I began to look for the trigger at other detectors like a reflex. The trigger has become very much a habit (i hope a good one). 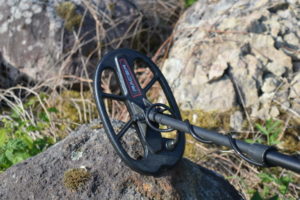 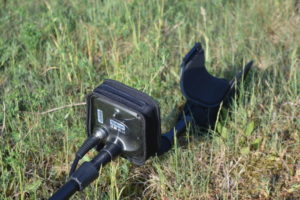 And here is the Racer 2 from different angles. 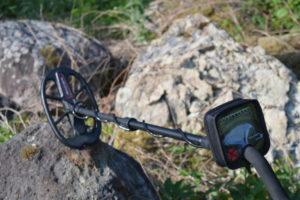 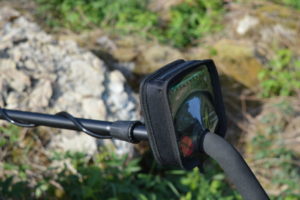 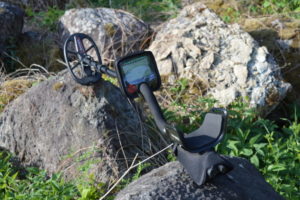 Has this device shown itself in the work? I was very surprised when it showed how the Imperial copper coin appeared, on VDI 94-96. In fact, a silver tone. But a penny from the end of the XVIII century, and the first half of the XIX century, shows up as silver. Okay, maybe it is a defect, but on the other hand it gives a signal so confident that you dig it without hesitation. And always there is the coin. Silver Medieval coins catches confidently with a nice depth in this unit plus it catches small coins well. Especially I would not overestimate the device in its class, it is higher than Garrett AT PRO, Minelab X-Terra 705, but slightly less than XP Deus. Based on the VDI scale I use it only to find coins, iron and a small segment of it must always be cut off. As beachgoers device is very good, but its price is not for the ordinary amateurs to run along the beach in search of lost rings. 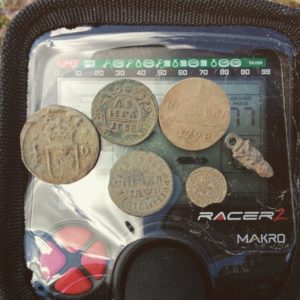 A little summary of this device:

I’m thinking about selling the Garrett AT PRO, because after some digs with the Makro Racer 2, the Garrett AT PRO seems too boring for finding coins. But time will tell, but Garrett sale will give a reason to buy a different device with different frequency and fill in the collection of reviews on this blog!

Happy hunting, my friends! All the information on Makro Racer 2 I gather here! Read, share ideas, and comment!